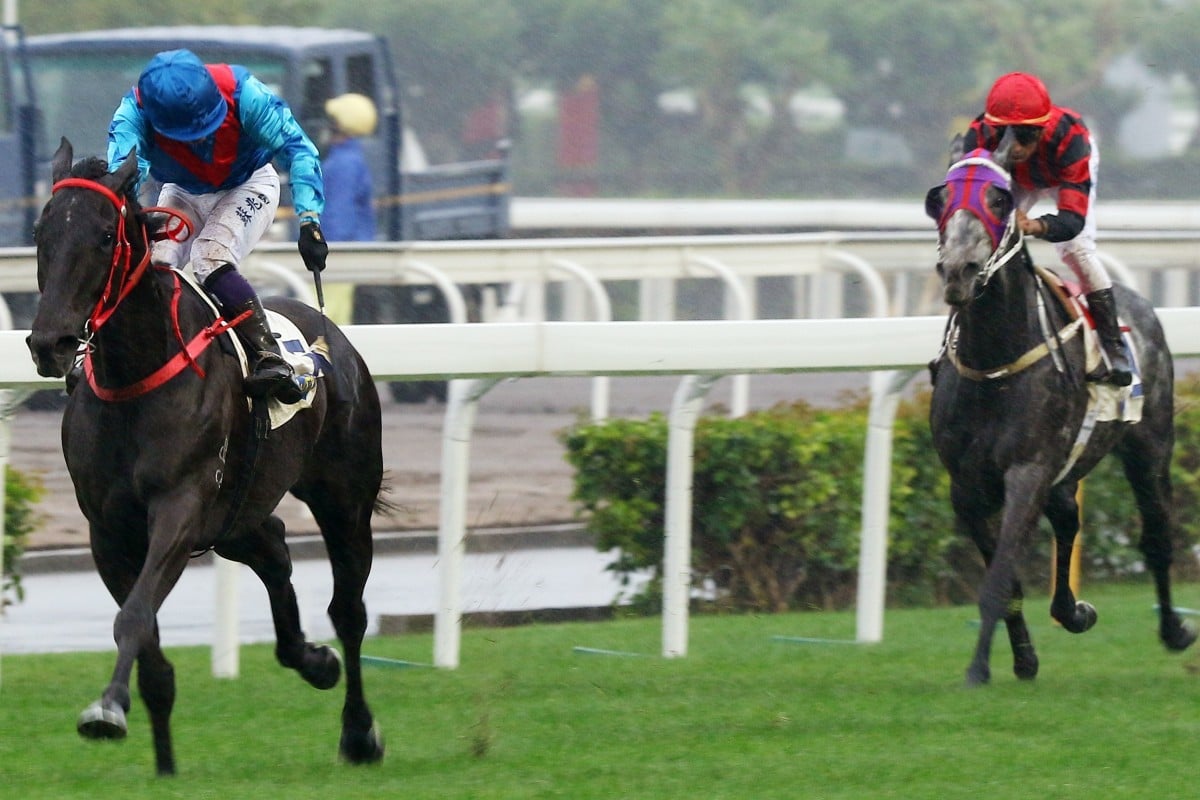 Dark Dream streaks away from his rivals at Sha Tin on Sunday. Photos: Kenneth Chan

Dark Dream arrived in Hong Kong amid plenty hype and now local racing fans have witnessed first-hand what the rising star is capable of after he laid an early claim to Derby favouritism at Sha Tin on Sunday.

Racing for just the second time in Hong Kong, Dark Dream defied a tricky trip to blast away his rivals in the Class Two Long Ke Handicap (2,000m), winning by four-and-a-half lengths despite having it all to do at the turn.

And while Sha Tin was buzzing after the Queensland Derby winner’s dominant display, trainer Frankie Lor Fu-chuen was as cool and calm as ever.

The BMW Hong Kong Derby is still three months away but the exciting Dark Dream lays down a very persuasive early marker for Frankie Lor by taking some strong Class 2 rivals apart from a rating of 92 under Silvestre de Sousa in R7. #HKracing pic.twitter.com/iIc2PLZjMX

“I hope so,” he said when asked if he has the Derby winner on his hands. “We’ve got a chance, I don’t mind if he is favourite or not.”

After entering the straight near the back of the field, jockey Silvestre de Sousa opted to look for a run on the inside despite most other runners swinging wide in search of better ground.

Dark Dream surged to the lead by the 250m and Lor was blown away by the effort after having his heart in his mouth at the turn.

“Maybe the track with a bit of rain helped him,” he said. “At the turn he was second or third last and he just tried to go inside, usually they all go outside where the track should be better, but maybe the horse likes it a little bit softer.” 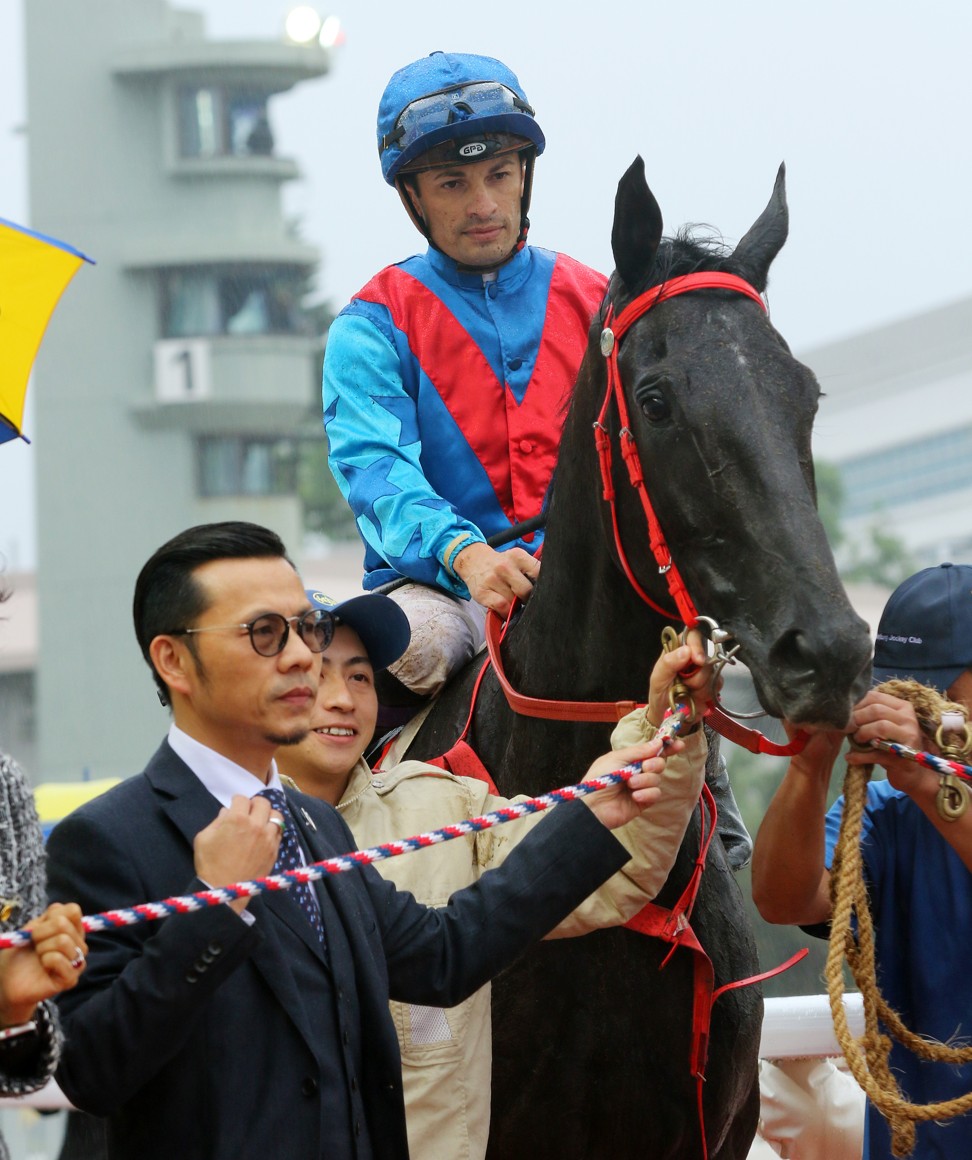 De Sousa is in no doubt that Dark Dream is destined for big things and says he knew he had the horse under him to get the job done.

“He handled very well and he’s a horse who is going to be in the big races. He looked impressive to me,” he said.

“I could see the horses moving out and I was travelling so well I didn’t want to go around the horses,” he added about what was going through his mind at the top of the straight. 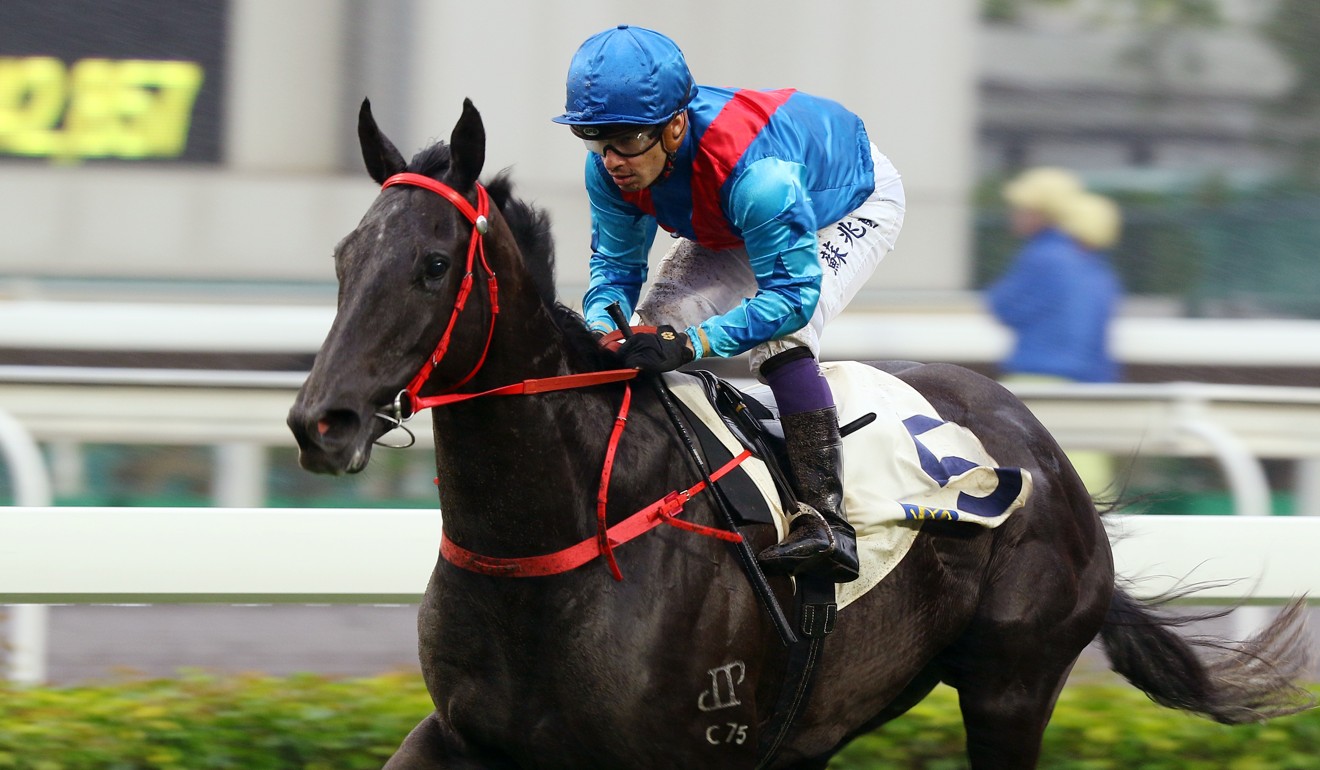 Zac Purton was aboard when Dark Dream finished third over 1,600m in his Hong Kong debut on international day and De Sousa knows he will have his work cut out keeping the ride.

“Probably Zac will ask for the ride back but I’d love to keep it,” said De Sousa, who finishes his four-month contract in February but could come back for March’s Derby. “We’ll see what the connections want to do.”

De Sousa rode four horses for Lor on Sunday after the pair had previously only teamed up once – winning the Longines Hong Kong Cup with Glorious Forever – and he hopes there is plenty more success to come.

Frankie Lor doubles up as bang-in-form King Opie justifies favouritism in Hong Kong's final race before the short Christmas break: winning rider Grant van Niekerk gets a longer break than most as he now starts a two-meeting suspension. #HKracing pic.twitter.com/z9FGJHXbTA

“He’s a gentleman to work with and you can see his horses are running so well,” De Sousa said.

Lor has a host of hopefuls ahead of the four-year-old series – including Furore, Heavenly Thought, Superich and Kings Shield – and says he plans to start Dark Dream off in the Classic Mile despite the horse clearly thriving over longer.

Lor finished the day off on a high, with King Opie taking out the final event of the day, the Class Three Pak Tam Au Handicap (1,400m).