It was a familiar pair teaming up to win the best race on Saturday’s card, with John Size and Joao Moreira taking out the Class Two Shek Mun Handicap (1,400m) with Mr So And So.

But despite the four-year-old holding out the impressive Superich, Size was realistic about a horse that has now won two on the trot.

“He did a good job. He’s not over endowed with talent, I wouldn’t think, but he’s a good little workman horse, he does his job,” Size said.

“Both times he’s won he’s had good gates and perfect runs, but at least he’s won, some of them don’t.

“Whether he’d step up to a higher mark and win again is problematic, it just gets tougher and tougher for him but he’s certainly done well so far.”

Better late than never! Joao Moreira ends 2018 on a winning note as the progressive Mr So And So gets the better of a duel with hot favourite Superich in R10 at Sha Tin #HKracing pic.twitter.com/t1C636bfw0

With the four-year-old series kicking off in less than a month, trainers are assembling their hands for a tilt at the three races but Size is not sure Mr So And So will be part of his assault.

“I’m not sure if he’s up to that, but the owners will probably want me to run him in something,” he said.

Superich started the race as a white-hot $1.6 favourite but had to come from a long way back and ultimately left his run too late.

“He had his chance today, I was a touch disappointed in his effort,” jockey Zac Purton said. 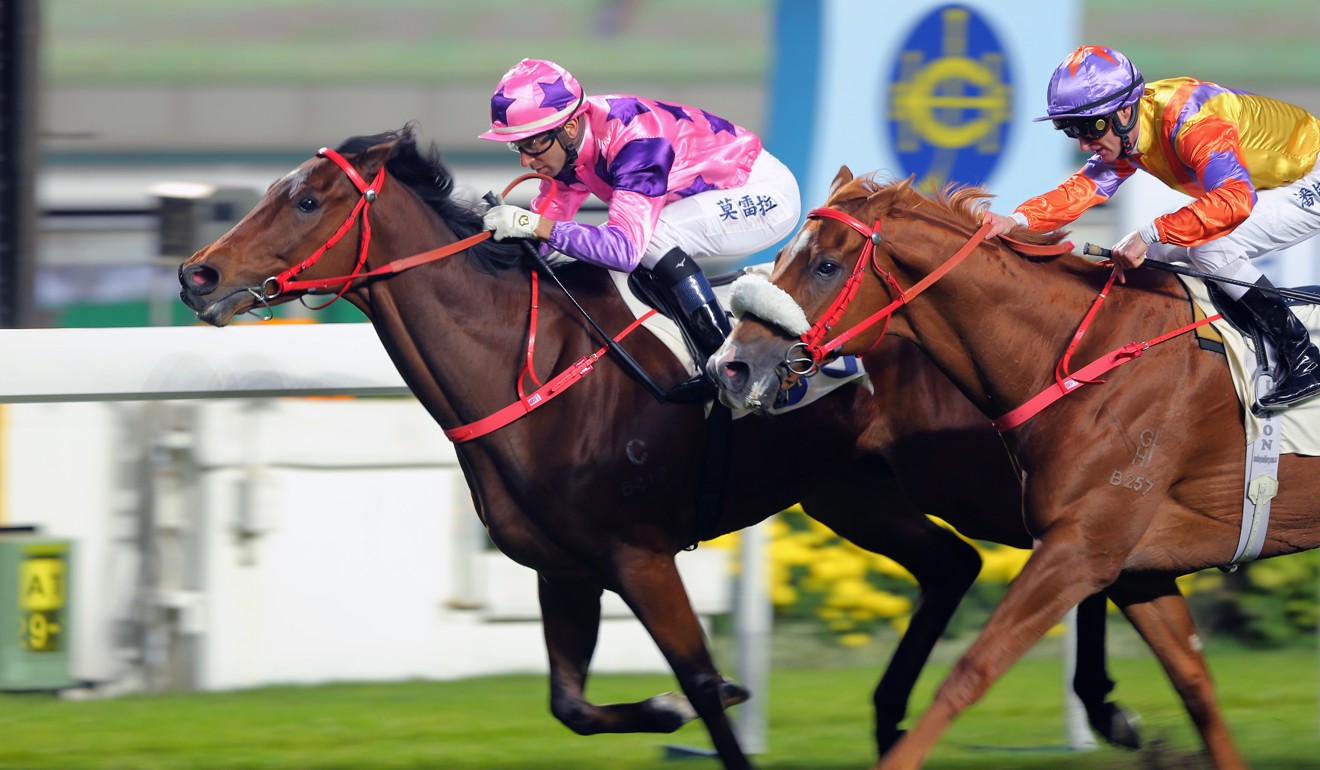 Mr So And So’s victory was the only one for both Size and Moreira on the day, with the Magic Man overcoming a run of near misses.

Not that it has been all doom and gloom for the Brazilian – he rode a winner in the third race at Happy Valley on Wednesday – but he has ridden six seconds and three thirds in between victories.

Many jockeys would take that haul with open arms, but there was no doubt some frustration for Moreira. 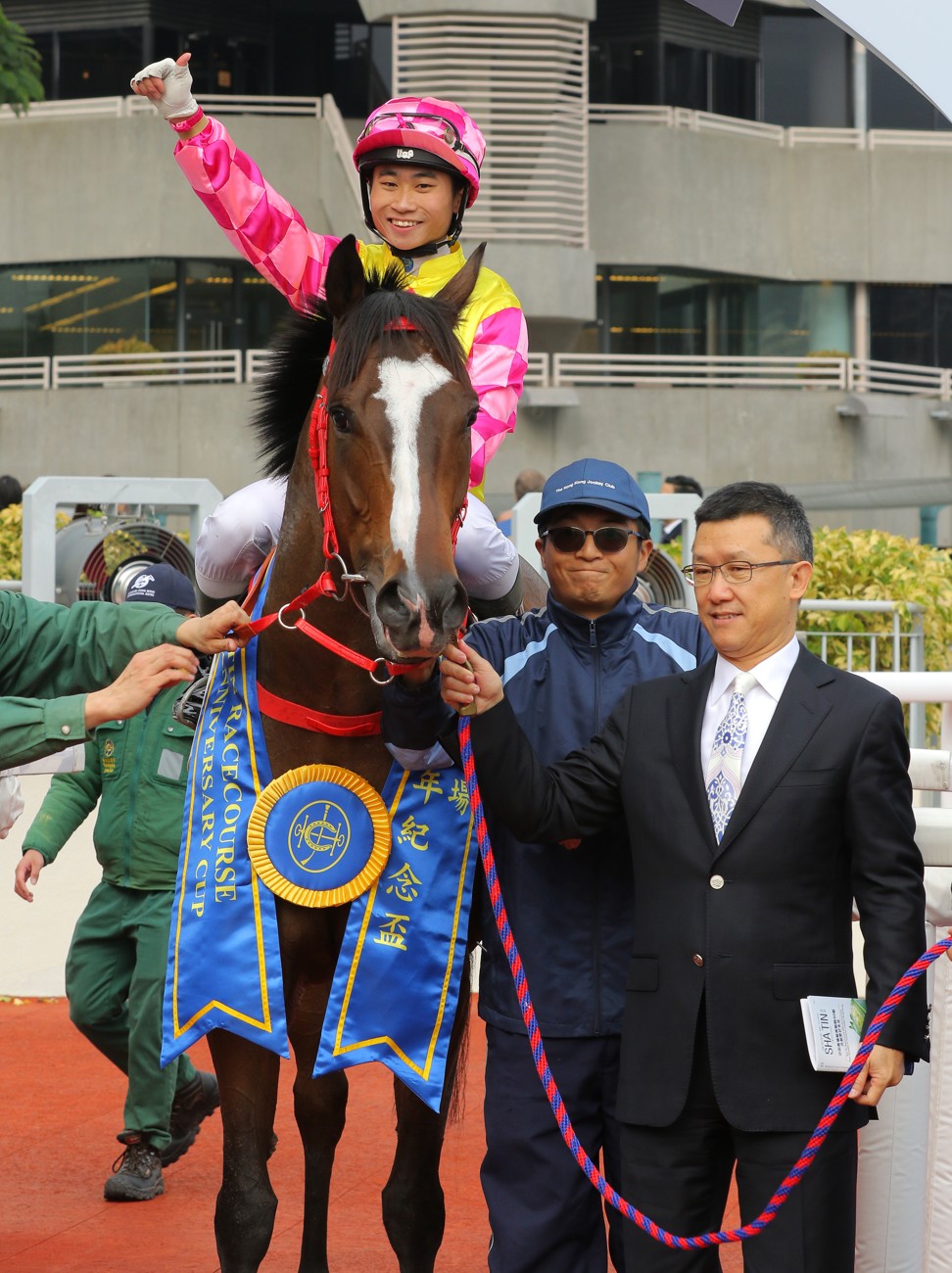 Sha Tin Racecourse celebrated its 40th anniversary on Saturday and it was a special day for Peter Ho Leung, who has been around since the beginning and has spent most of his working life at the track.

Ho marked the occasion with victory in the day’s feature race, taking out the ­Sha Tin Racecourse 40th Anniversary Cup with I Am Power before reflecting on his decades of involvement in Hong Kong racing.

“I joined the Jockey Club riding school in 1978 and after I graduated from riding school I started my job here [at Sha Tin],” Ho said.

After working as an assistant trainer until 1997, Ho graduated to the full-time ranks and has trained over 500 winners.

The 59-year-old liked what he saw from I Am Power, a three-year-old having just his second start in Hong Kong despite being here for over a year.

The gelding arrived in November last year and joined Michael Freedman’s stable but did not race for the Australian before shifting to the Casper Fownes’ yard in April.

He was on the move again over summer, teaming up with Ho and going on to finish sixth on debut on the all-weather track in October.

“He won for the first time in Ireland as a two-year-old and when I got him I liked him a lot because he was so professional,” Ho said of I Am Power, who recorded a win and a second from two starts in Ireland. 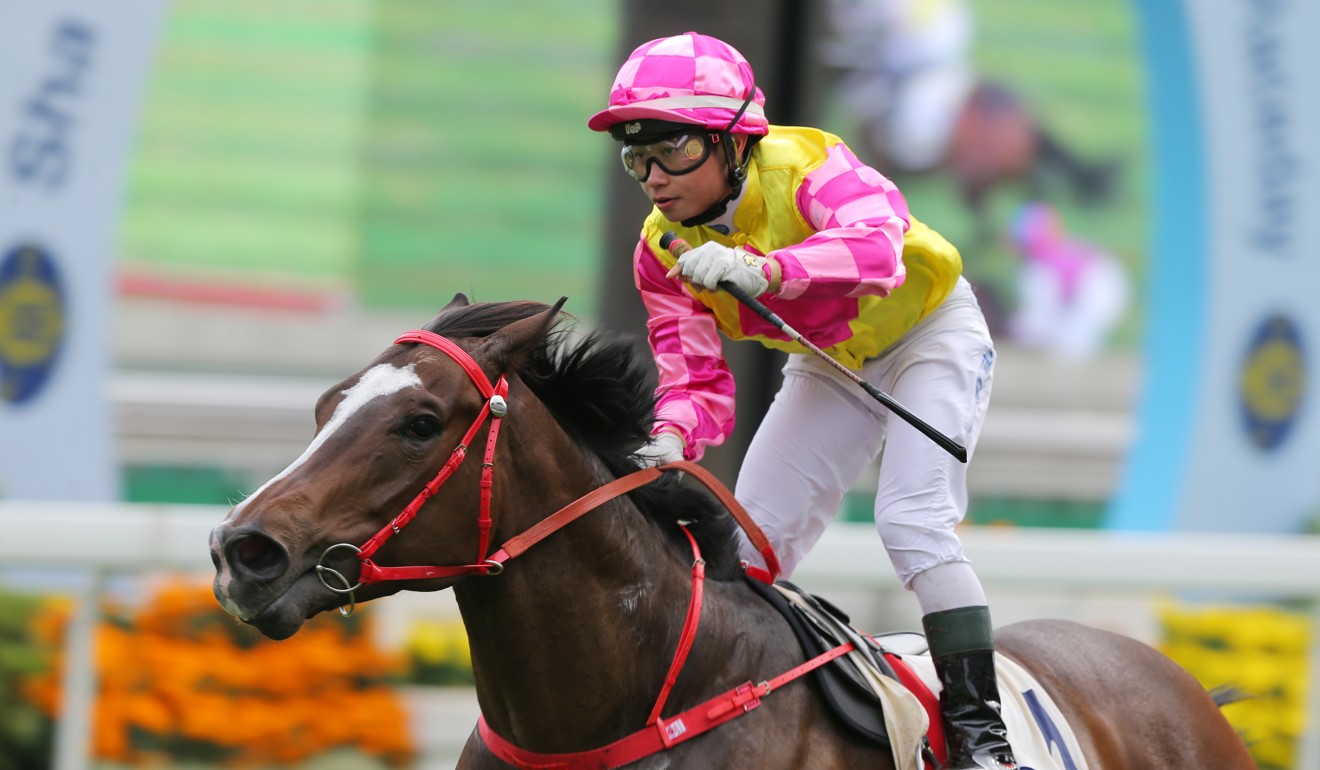 “His last run on dirt the jockey missed the kick and he finished very strong and after that race I supposed I would put him in another dirt race three weeks later but unfortunately he got a cut when he went to swim.

“That’s why he had two months off but this is only a minor problem and then I put him back to work.

Dylan Mo Hin-tung was in the saddle and posted a welcome winner but it wasn’t all smiles for the jockey, who was hit with a two-meeting suspension for careless riding, which he will serve on January 6 and 9. Silvestre de Sousa continued his amazing form with another double at Sha Tin.

The Brazilian, who was crowned champion jockey of Britain for the third time in 2018, has now secured winners in eight of the past nine meetings.

On Saturday, he kicked things off with the Dennis Yip Chor-hong-trained M Reborn in the Class Five Wo Che Handicap (1,200m) before piloting home Pearl Champion in the Class Four Chun Shek Handicap to give trainer Tony Millard his 600th Hong Kong winner.

Only @zpurton has ridden more winners in Hong Kong than Silvestre de Sousa in the last two months. The Brazilian matches his previous best Hong Kong total of 16 as M Reborn charges down the outside to land R2 at Sha Tin #HKracing pic.twitter.com/YMZMoGf4iD

That gives De Sousa 17 winners here so far since arriving at the start of November, exceeding the efforts from his previous two stints (16 winners each).

Since arriving, he has collected more winners than everyone except for Zac Purton, and while he still has two months remaining on his licence, some are wondering whether that might be extended.

The Jockey Club would certainly be keen for that to happen, but given his family situation (he has a third child due in spring) and potential opportunities, he might decide to head back to Europe. But watch this space.

Popular Frenchman Christophe Lemaire has set a new record for most Japan Racing Association winners in a year after notching his 215th victory at Nakayama on Friday.

Coming into the meeting with 211 under his belt, Lemaire drew level with Yutaka Take’s previous mark of 212 wins early before adding another three to cap off the historic day.

“This year has been the best year for me and I still can’t believe it,” Lemaire, who first started riding in Japan in 2002, said.

“I have studied Japanese racing very hard, but this record has happened thanks to the owners, trainers, my family and the many fans who have supported me.

“I would like to mention Yutaka Take. He’s the real legend. I’m only a common man.”