The Mauritian lands his 53rd and 54th winners of the season, smashing his previous mark of 52 with 39 meetings remaining 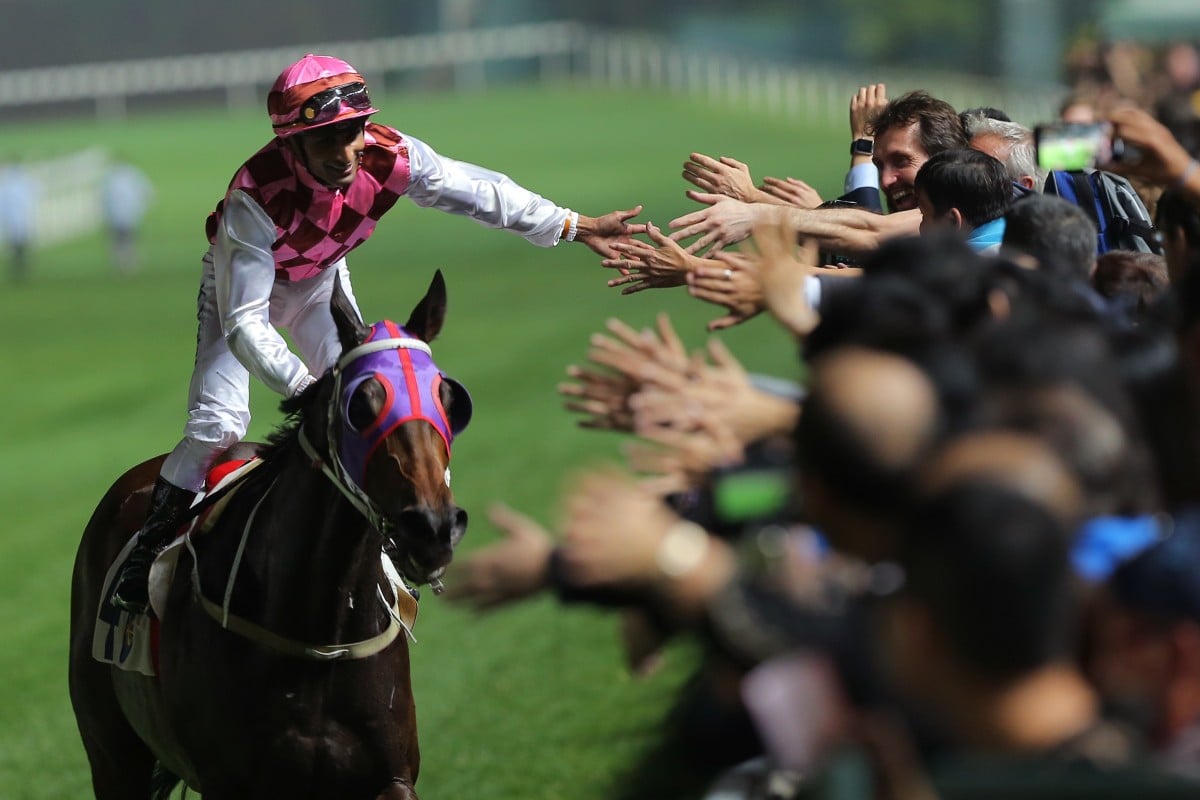 Karis Teetan is enjoying a career-best season, and he set a new personal best at Happy Valley on Wednesday night as he collected a double.

The Mauritian, who finished last term third on the championship table with 52 winners, notched his 53rd and 54th victories – and with 39 meetings still remaining, he is going to smash his previous mark.

Teetan combined with Tony Cruz for both of his winners, leading all the way on short-priced favourite Wah May Princess in the fourth race before running over the top of his rivals with Brave Legend in the seventh.

“I had a few nice rides tonight, it was nice to get the two winners. It is a great season for me but that is because I am getting lots of opportunities,” Teetan said.

Wah May Princess ♂️ holds on from The Show: Tony Cruz's charge defies a 7lb penalty for a last start win and backs up for @KarisTeetan. #HKracing #HappyWednesday pic.twitter.com/jyuwUN7PmM

“Joining a few big stables has helped me to get some better rides, so I am trying to get as many winners as I can.

“Going past last season’s win [total] already – being with the top guys, Zac [Purton], Joao [Moreira] and Silvestre [de Sousa], riding with and against those guys is a thrill.

“Where I come from, to ride against these guys, it is a thrill and it means a lot to me to be riding for these trainers and owners.

Brave Legend charges down the stands side to give @KarisTeetan and Tony Cruz a double on the night: Teetan goes to 54 for the campaign, two more than his previous season's best. #HKracing #HappyWednesday pic.twitter.com/cTyilwZvQg

“Wah May Princess, he is only three so he took a few runs to get himself mentally ready, but I think he is the kind of horse that will keep improving.

“Brave Legend has been here and he’s done it now, his last run was good and I thought he put in a good effort tonight off the fast pace, the way he let down was impressive.” 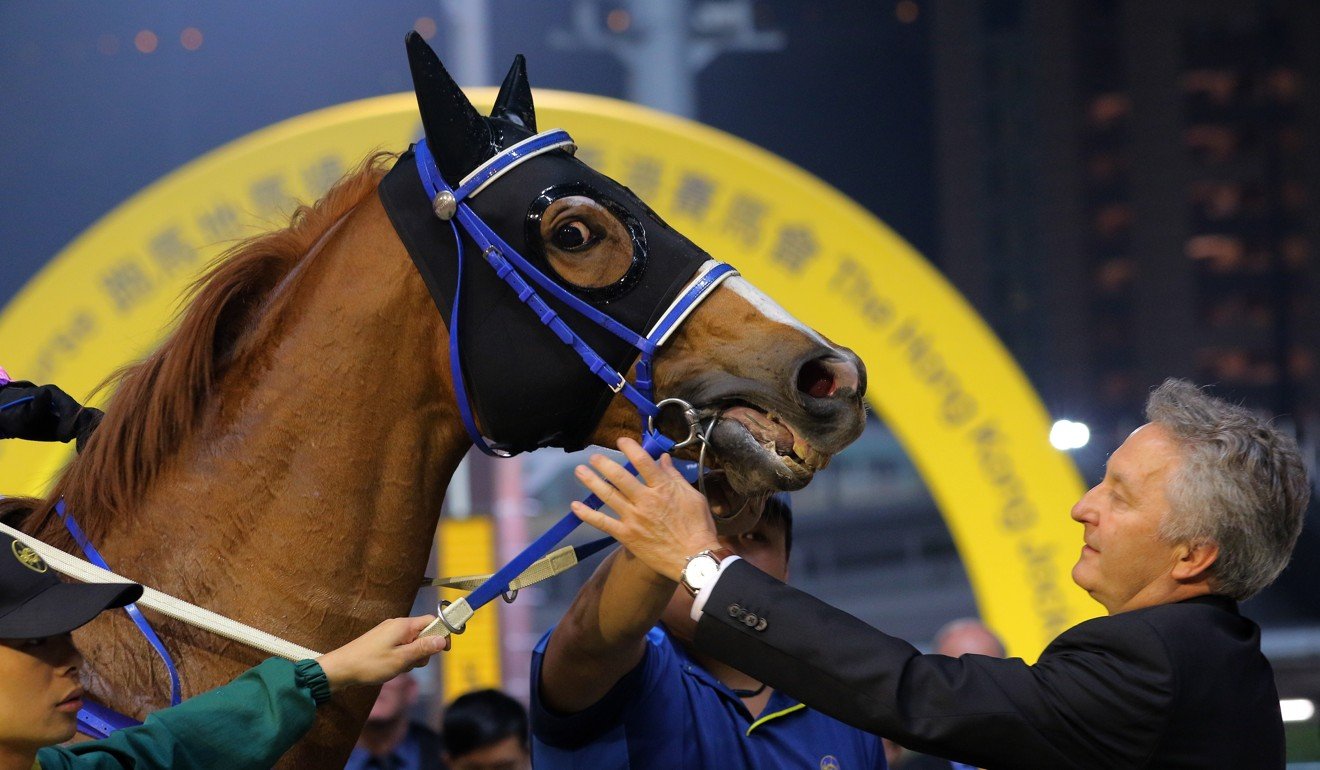 Outside Teetan’s effort, possibly the most satisfying result of the night came for David Ferraris.

Breeders’ Star is a difficult horse to train – he is one of the craziest in Hong Kong – meaning it is even sweeter when he does salute.

The six-year-old son a Jet Spur gets so fizzy before races, stewards have given him a special routine, walking him into the parade ring last, doing one lap before being saddled up and taken onto the track.

Thankfully for his trainer, Breeders’ Star was the last horse off the track after taking out the Class Three Hoi Yuen Handicap (1,200m) under Silvestre de Sousa.

“He’s as hot as hell. That’s his nature. I think the breed is like that, in particular this one,” Ferraris said. “He’s impossible to saddle up, then he only does one lap [in the parade ring] otherwise he goes mad.

“I just hope the owners appreciate the work we put into the horse, the way we have to train him. Saddling him up at the racecourse is quite dangerous. He’s done very well to win when he has.”

De Sousa had a double on the night, with pickup ride Clear Choice prevailing in the Class Four Shui Wo Handicap (1,650m).

A spare ride comes good for @SilvDSousa. Keith Yeung's bad back means the Brazilian can step in & nick his 36th win as Clear Choice makes it two wins on the bounce. #HKracing #HappyWednesday pic.twitter.com/EgTwY4MmTh

The ride only became available 30 minutes before the jump when Keith Yeung Ming-lun became indisposed with a sore lower back. It probably felt even worse after the race.

But the jockey change didn’t concern the horse or trainer Danny Shum Chap-shing.

“He is a very good jockey, I just told him to settle nicely and he can finish off strongly,” Shum said.

“Keith twisted his back so he couldn’t ride. [De Sousa] should want to ride it, you look at his form and it’s good. 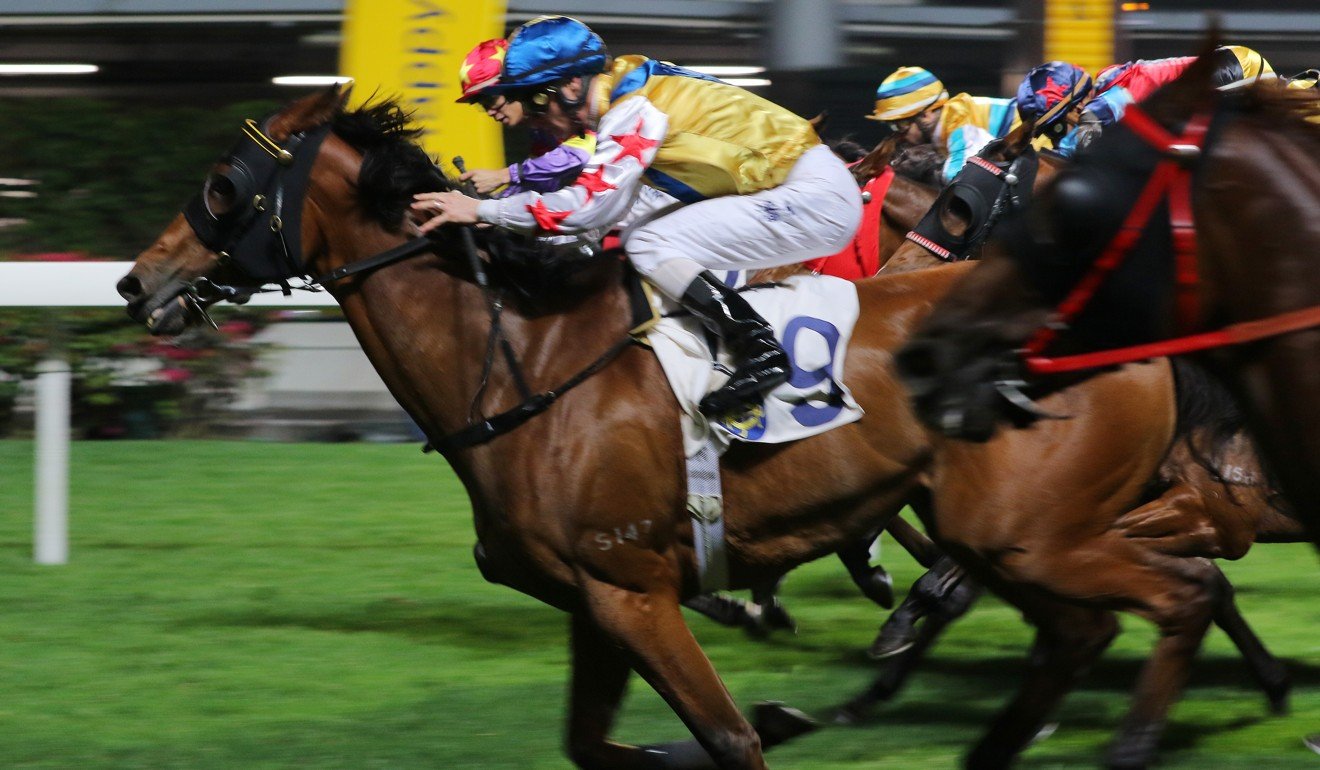 “I told him it was a good ride and he’s an honest horse so if you put him fifth or sixth, he would finish off well.”

After that race – the Australian had an astonishing 13 winners, six seconds and one third from his previous 22 rides to take him to 80 winners for the term.

But that incredible run proved unsustainable over the rest of the meeting, with Purton only managing a third with Play Wise from his remaining five rides.