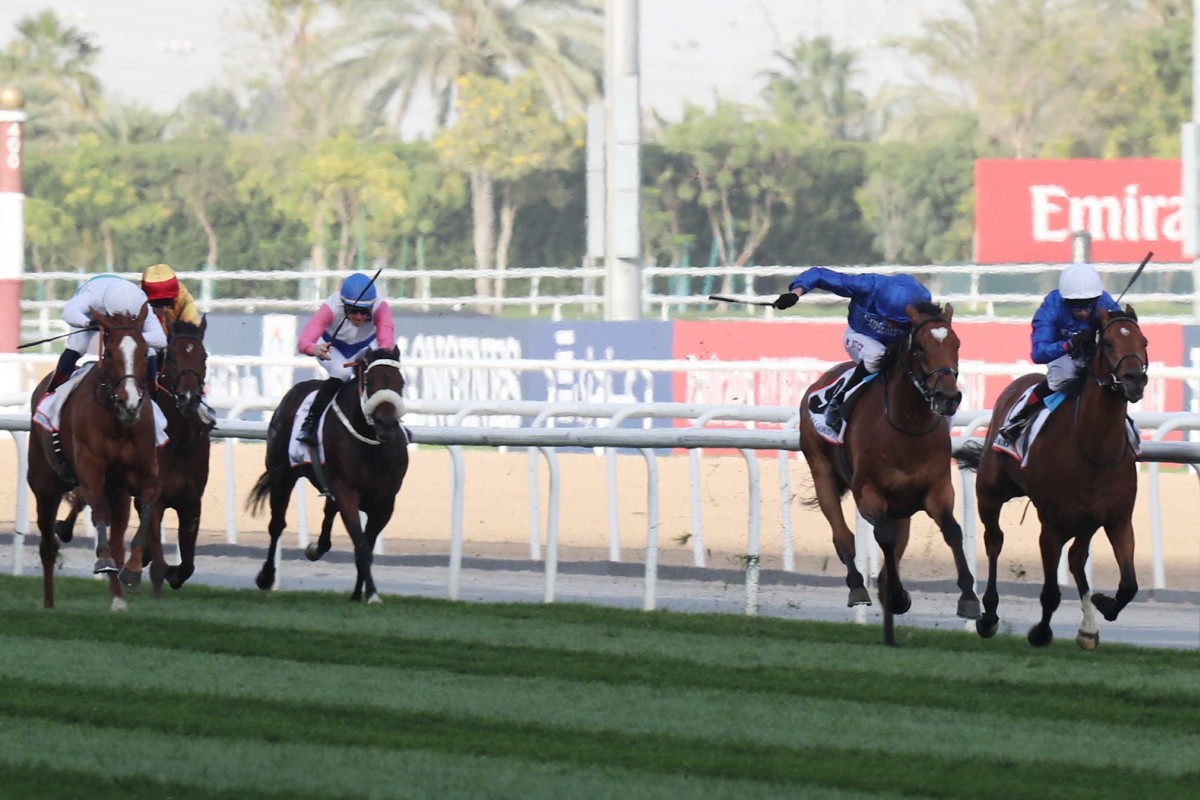 The Sha Tin-based gallopers were honest but they couldn’t match it with those at the top of their game.

“He was beaten by three very good horses on his first try beyond 12 furlongs [2,400m],” jockey Ryan Moore said. “I am very happy with the run.”

Given the challenge of travelling and running over two miles for the first time, trainer Richard Gibson thought there was plenty of merit in the performance.

“It was a good effort his first run at this trip, it was a positive experience for the horse,” Gibson said. “In a top-class field like that, it was a good run.”

However Gold Mount’s stablemate Wishful Thinker was unable to fire a shot, finishing seventh in the Group One Al Quoz Sprint.

It was again the royal blue of Godolphin who prevailed, with Blue Point letting down strongly to beat American challengers Belvoir Bay and Stormy Liberal.

It was the middle leg of a treble for trainer Charlie Appleby and jockey William Buick, who won earlier with Cross Counter before completing their big night when Old Persian saluted in the Group One Dubai Sheema Classic.

“The horse ran well, he tried very hard but unfortunately I had a gate on the outside and I didn’t have good leaders on the outside. I came in a little bit and tried to follow the race but I was never in the race,” Wishful Thinker’s jockey Alexis Badel said.

It was a similar story for Me Tsui Yu-sak’s Fight Hero, who was out the back early in the Group One Golden Shaheen and while he was never getting near the winner X Y Jet, Joao Moreira got him going late and he ran on for sixth.

X Y JET finally wins the Golden Shaheen, holding off Matera Sky by a length and a half to take the spoils for @JorgeNavarroRS and @JaramilloJockey

“A better horse won,” Tsui said. “I was thinking fifth or sixth, something like that, so he’s run to expectations.”

The highlight of the night was Japanese filly Almond Eye, who confirmed her status as one of the best on the planet with a stunning victory in the Group One Dubai Turf.

What a performance by Almond Eye, gliding past the field with ease to take the Dubai Turf for @SakaeKunieda

“He was never on the bit, never travelling, so it was going to be hard for him to finish off. It was only a fair run,” jockey Zac Purton said.