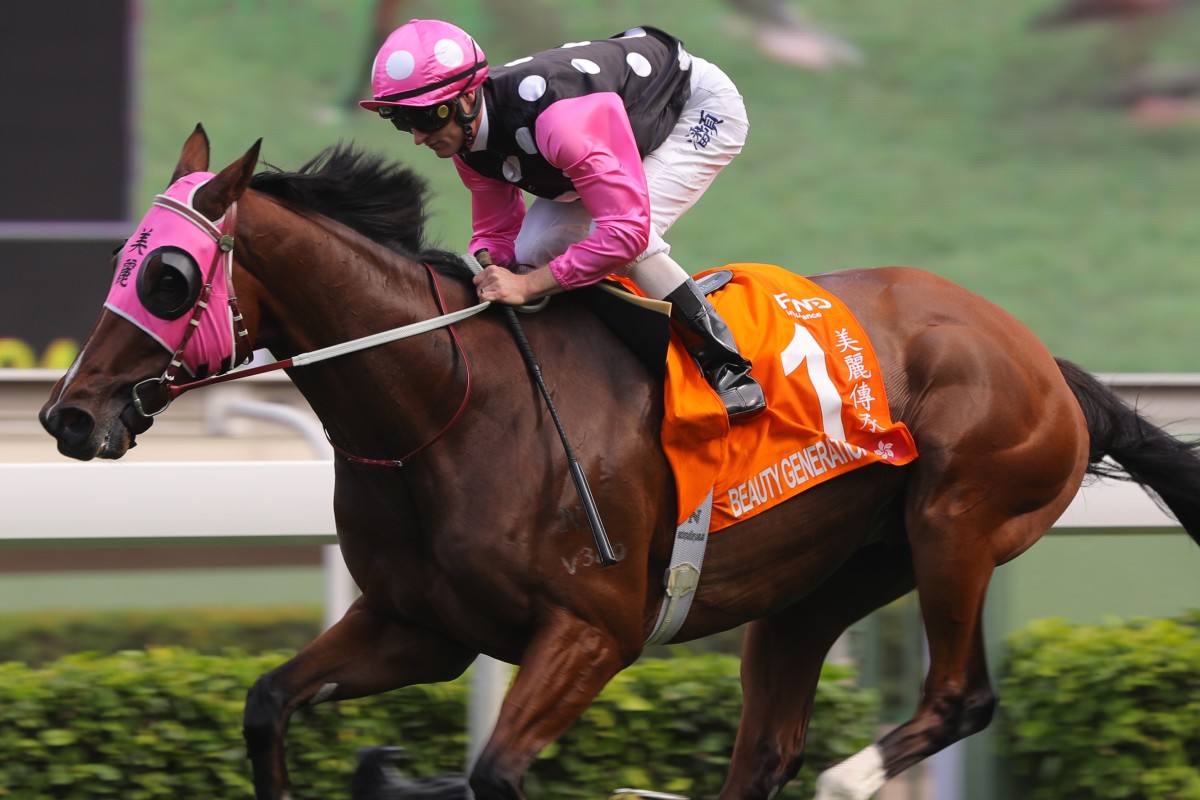 Jockey Zac Purton sits quietly on Beauty Generation as he coasts to victory in the Group One Champions Mile on Sunday. Photos: Kenneth Chan

Just how good Hong Kong’s champion miler Beauty Generation is will remain unknown until he takes his talents overseas.

The six-year-old, who completed a perfect season of eight straight wins with his easy victory in the Group One Champions Mile on Sunday, will retain his 137 rating due to a lack of competition at home. 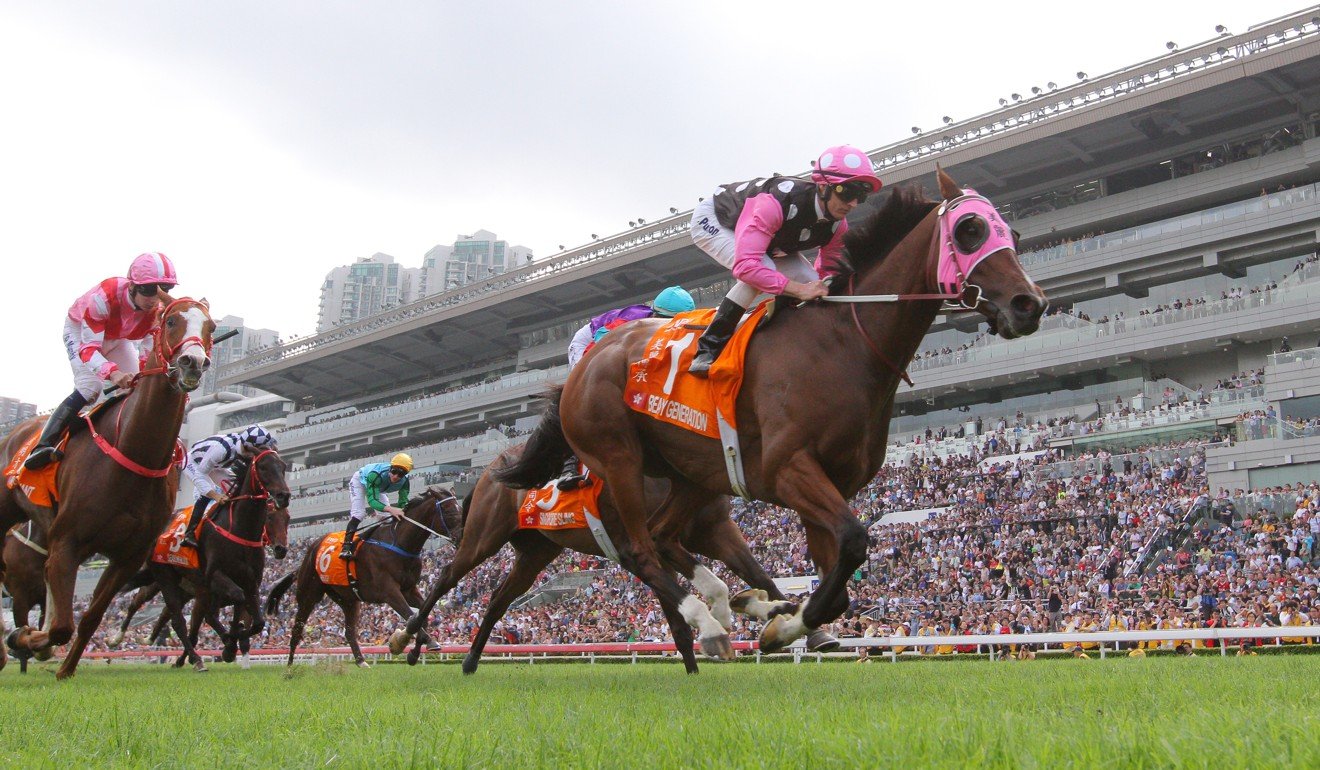 “We invited nine top-class overseas horses, they all declined to come and take him on which was frustrating,” he said.

“We have the ‘Able Friend effect’ when the same thing happened a few years ago I am afraid. It’s the price you pay for having a star like Beauty Generation.

“It was fantastic seeing him doing it so smoothly, only probably being able to go about three lengths clear before cruising to the line, a tremendous performance.”

Beauty Generation’s eased down one-and-a-half length win on Sunday was as easy as they come in a Group One race, but it remains hard to gauge due to the quality of his competition. 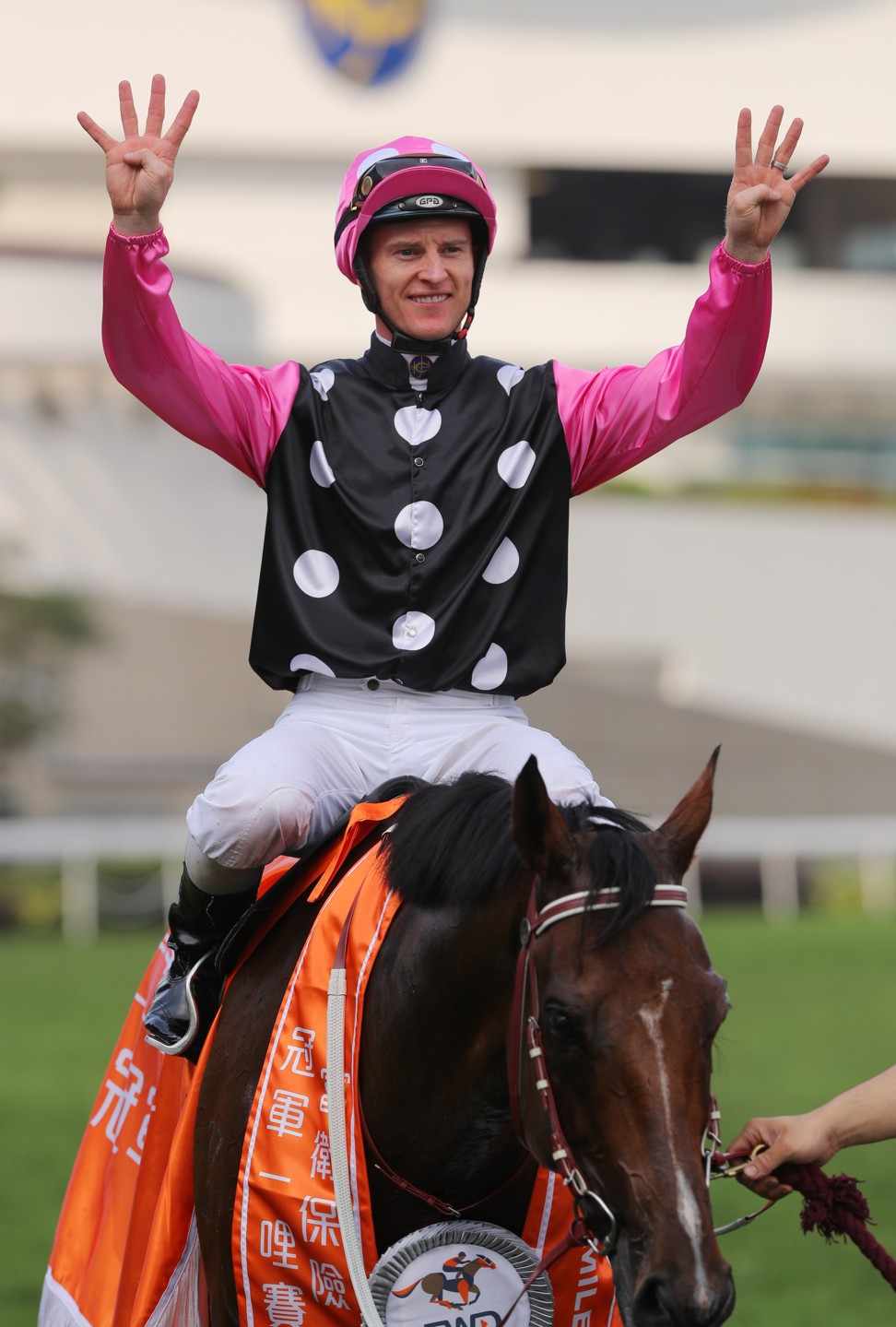 Runner-up Singapore Sling has not won a race for more than 14 months and the third-placed Simply Brilliant’s best win came in Group Three company.

“Beauty Generation, what can you say? We continue to see that he is tough, consistent, genuine but we still don’t know how good he is because we struggle to find something which will test him,” Gray said.

In a series of social media posts on Sunday night, jockey Zac Purton all but confirmed Beauty Generation would be making the trip abroad to Japan in June for the Group One Yasuda Kinen (1,600m).

“After tonight’s Beauty Generation “team” meeting, the odds have shortened dramatically for a trip to the Yasuda Kinen in Japan,” he tweeted. 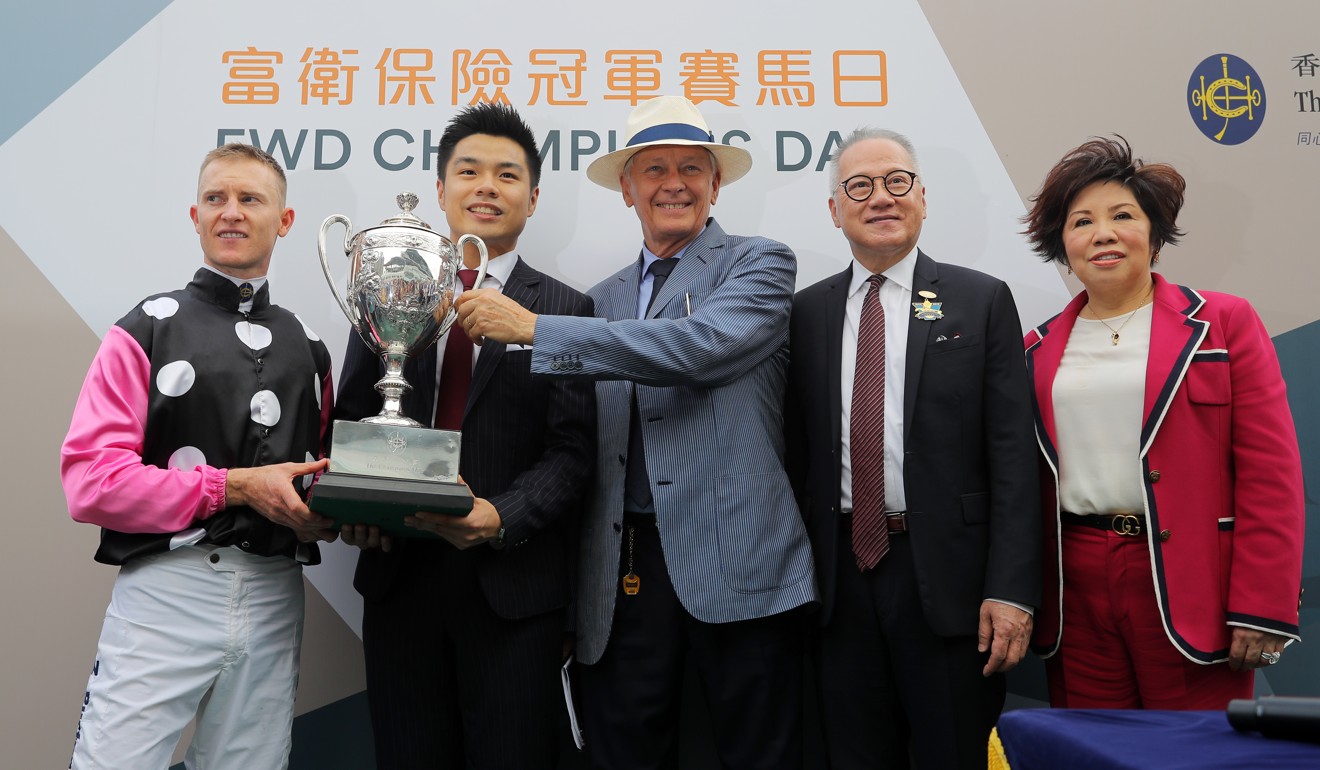 “If a few minor details can be arranged it’s going to happen. The fans want it, the owner wants it, racing wants it.

“Put your slippers on Miss Japan [Almond Eye] as Mr Hong Kong [Beauty Generation] is about to board the plane.”

Should owner Patrick Kwok Ho-chuen agree to travel to Japan for the race, it would place his star galloper on a collision course with Almond Eye and Danon Premium.

European bookmaker William Hill has framed a market on the race, installing Beauty Generation a $2.25 favourite over Almond Eye at $2.75 and Danon Premium $5. 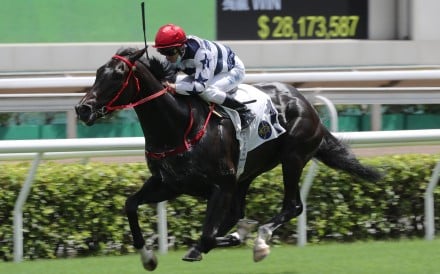