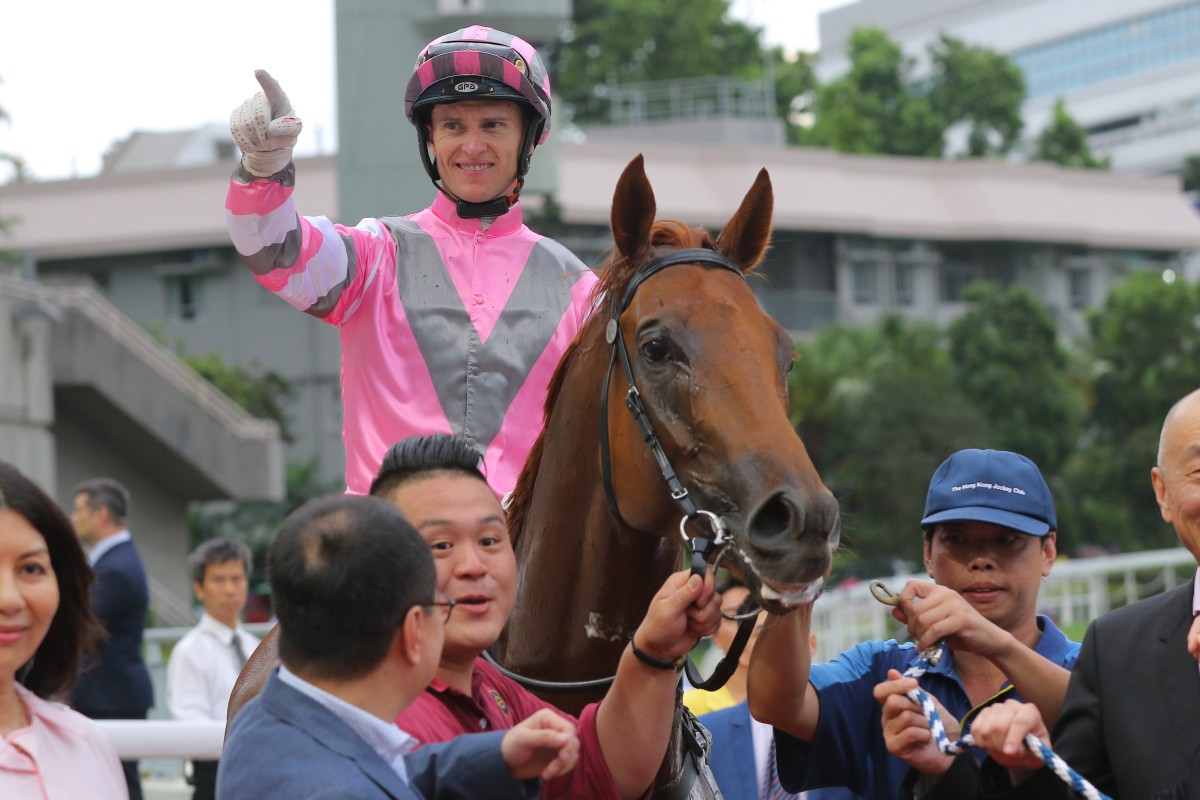 Zac Purton celebrates his win aboard Band Of Brothers at Sha Tin on Sunday, one of six winners. Photos: Kenneth Chan

You could be forgiven for thinking there is little left to say about Zac Purton’s dominance but the champion Australian again raised the bar at Sha Tin on Sunday.

By collecting his second six-timer in eight days, Purton smashed Joao Moreira’s record for prize money in a season of HK$207,249,727 and raced past his previous personal best win total of 136 with 11 meetings remaining.

He now has 140 winners for the term, his mounts have won HK$211,793,265 and while the accolades have been coming thick and fast, that did nothing to diminish the significance of his achievement.

“Of course it’s special, no one’s ever got to this mark before. Setting a record is a great thing to have on your CV,” he said.

Such is the rate at which Purton is accumulating winners – he’s had 21 from the past five meetings – there is even an outside chance he could challenge the record of 170 Moreira set in 2016-17.

“It’s a big number, but I suppose anything is possible,” he said. “I’m running out of races but ultimately it will come down to the support I get.

“If the owners and trainers out there are willing to give me the right opportunities I can chase it and go for it. We’ll see what happens.”

“He came to the races and did a few things wrong but was still able to win so hopefully he’s got a future,” Purton said. 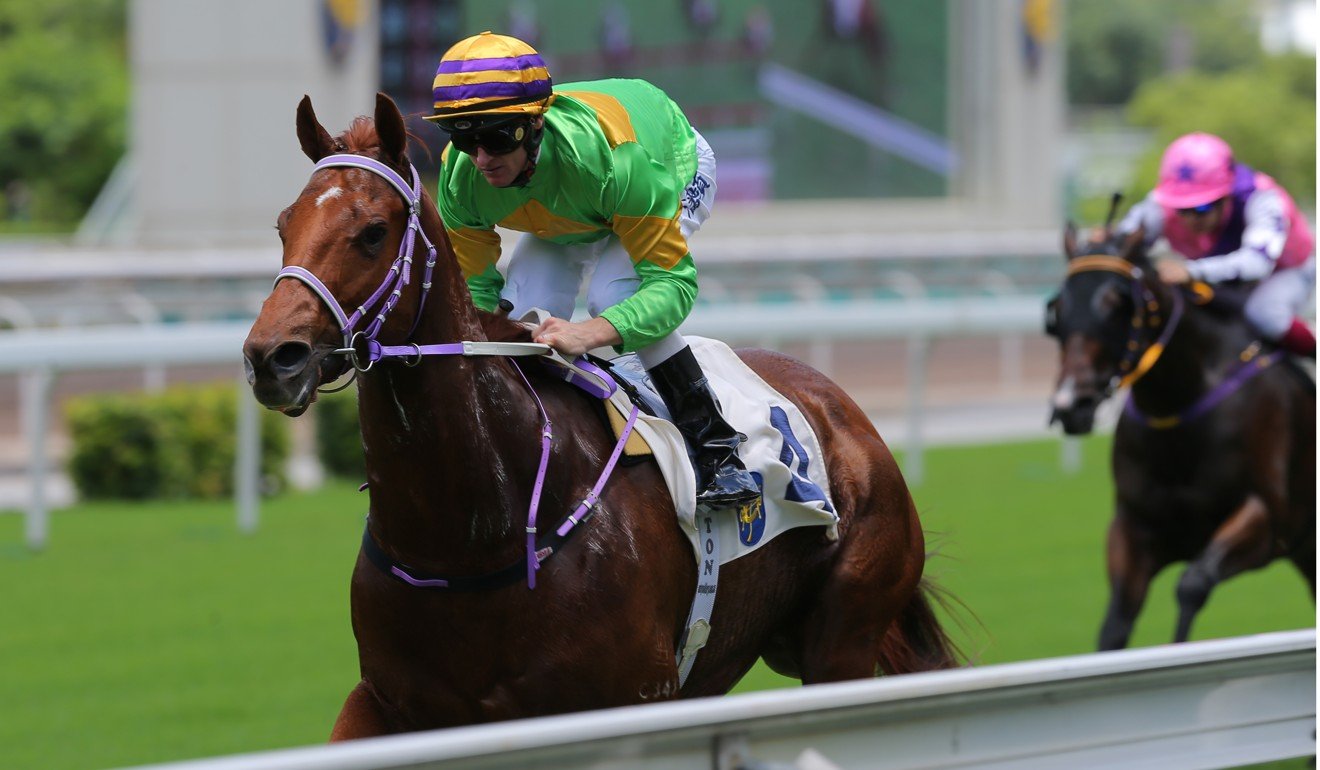 The three-year-old took out the Class Four HKU Faculties of Arts and Social Sciences Handicap (1,000m) in 55.12 seconds, breaking the class record in the process.

“Before they sent him to Hong Kong they told me he won by 12 lengths in a trial,” So said. “We knew the horse was impressive, I haven’t had a horse like this for a long time.

“He needs to learn more, he’s not ready. He’s very green, he was going this way and that until Zac used the whip to straighten him.”

One of Purton’s best rides on the day was his win aboard the Paul O’Sullivan-trained Band Of Brothers, with the 36-year-old lifting the gelding after he was headed by Packing Warrior in the straight.

“He came off the mat today, he was gone. Zac said he just pulled the stick through the other hand and he just went whoosh,” O’Sullivan said, adding that he’ll now give Band Of Brothers a spell after three wins from five starts in his debut season.

“That’ll be it for the season with him, we’ll tip him out now and bring him back next year. They generally improve season to season, particularly between their first and second seasons, so he could be a handy horse next year.”

When Packing Warrior swept up to Band Of Brothers, @umbyrispoli must have thought he had it. @zpurton had other ideas... #HKracing pic.twitter.com/xAsiWcbVzK

While Purton is undoubtedly the current star of Hong Kong racing, Moreira has also been in superb touch and between them, the pair has ridden 25 of the last 30 winners.

“They are riding some phenomenal numbers. I thought it was hard enough training against John Size and John Moore, but I’d rather be a trainer than a jockey,” O’Sullivan laughed.

While four of Purton’s winners were short-priced favourites, there was some value in the John Moore-trained Magic Success, who saluted at $12 after a five-month break.

“He’s a horse that’s always shown that he’s had a lot of ability, I suppose he’s just matured as time has gone on,” Purton said of the five-year-old, who Moore received from David Hall late last year.

“He seemed to put on a bit more weight recently. I rode him in a piece of work during the week and he felt terrific in his action, I commented to John that it’s the best I think the horse has felt.”