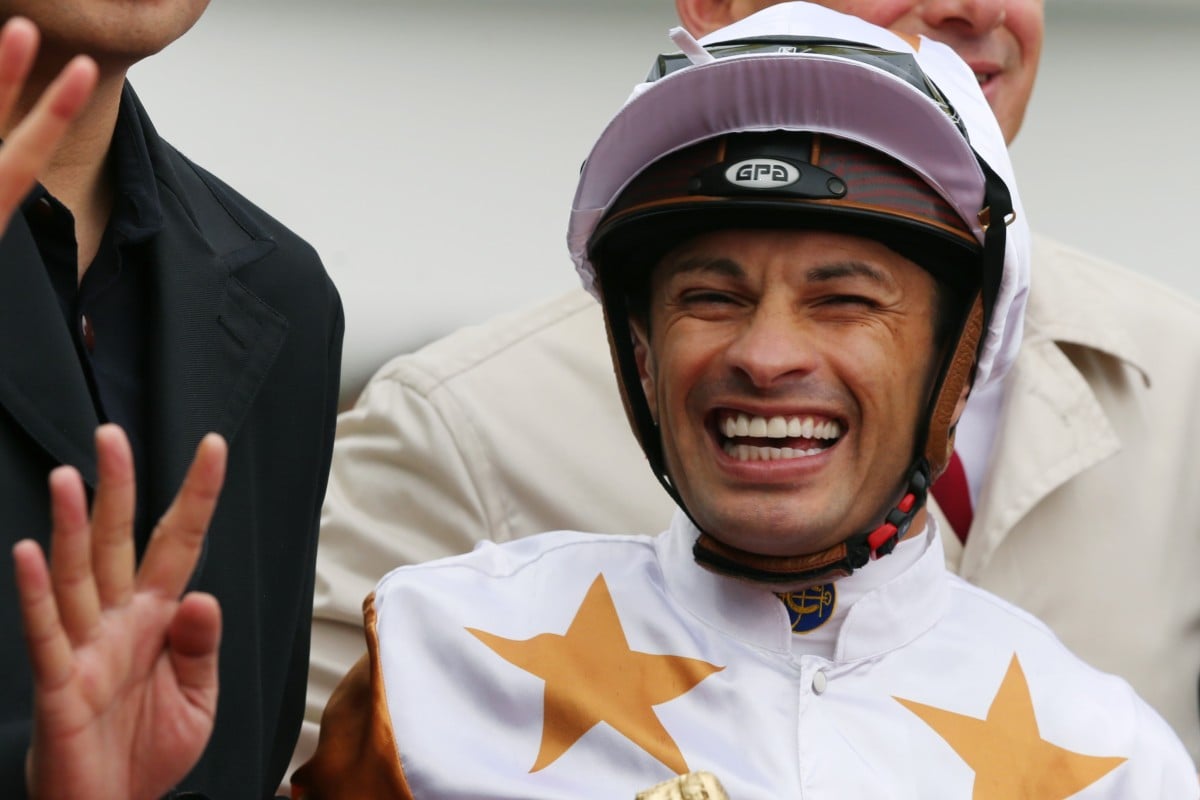 Silvestre de Sousa is all smiles after a winner at Sha Tin. Photos: Kenneth Chan

Gun Brazilian jockey Silvestre de Sousa will return to Hong Kong this season, signing a deal that will see him based at Sha Tin from mid-November until the end of January.

De Sousa made an immediate impact during his stay in Hong Kong last season, riding 44 winners in just 298 starts.

The 38-year-old was one of the top money earners last season despite only riding for five months. He won the International Jockeys’ Championship at Happy Valley in December before going on to win the Group One Hong Kong Cup (2,000m) on Glorious Forever in the same week during one of the most successful short-term stints ever.

De Sousa is currently recovering from a race fall that has seen him out of action for several weeks.

Despite urgings from the Jockey Club to stay on full-time, De Sousa left to fulfil a lucrative riding retainer in Europe for King Power Racing.

His upcoming Hong Kong contract could be extended further if there are no King Power runners at the Dubai World Cup carnival in February and March.

Popular Frenchman Alexis Badel will also return to Hong Kong. Badel, who is also recovering from a race fall, has been licensed from November 1 to February 28. He is expected to begin riding again soon after suffering several fractures to his face during a serious fall in France.

The 28-year-old was a hit with trainers last season but suffered a serious wrist injury which saw him miss a large chunk of his four-month contract.