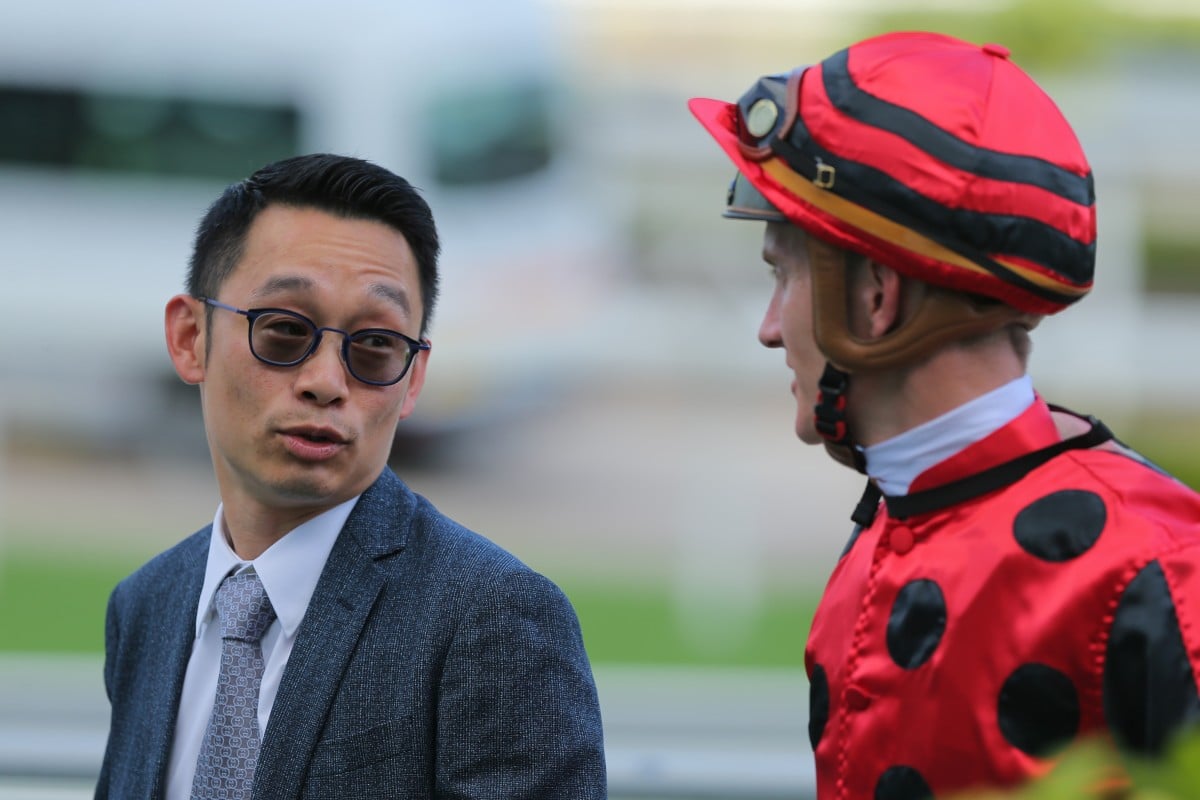 Trainer Jimmy Ting and jockey Chad Schofield share a laugh after combining for a winner this season. Photos: Kenneth Chan

Racing returns to Happy Valley on Wednesday night, albeit a week later than expected for almost half of the horses competing.

A total of 43 runners were slated to run in last Wednesday’s now infamous canned meeting, throwing into disarray a number of jockey bookings on the night.

The Jockey Club granted priority to any horse who had been entered to run during the cancelled meeting, with many returning in near identical races to what they would have run in seven days earlier. 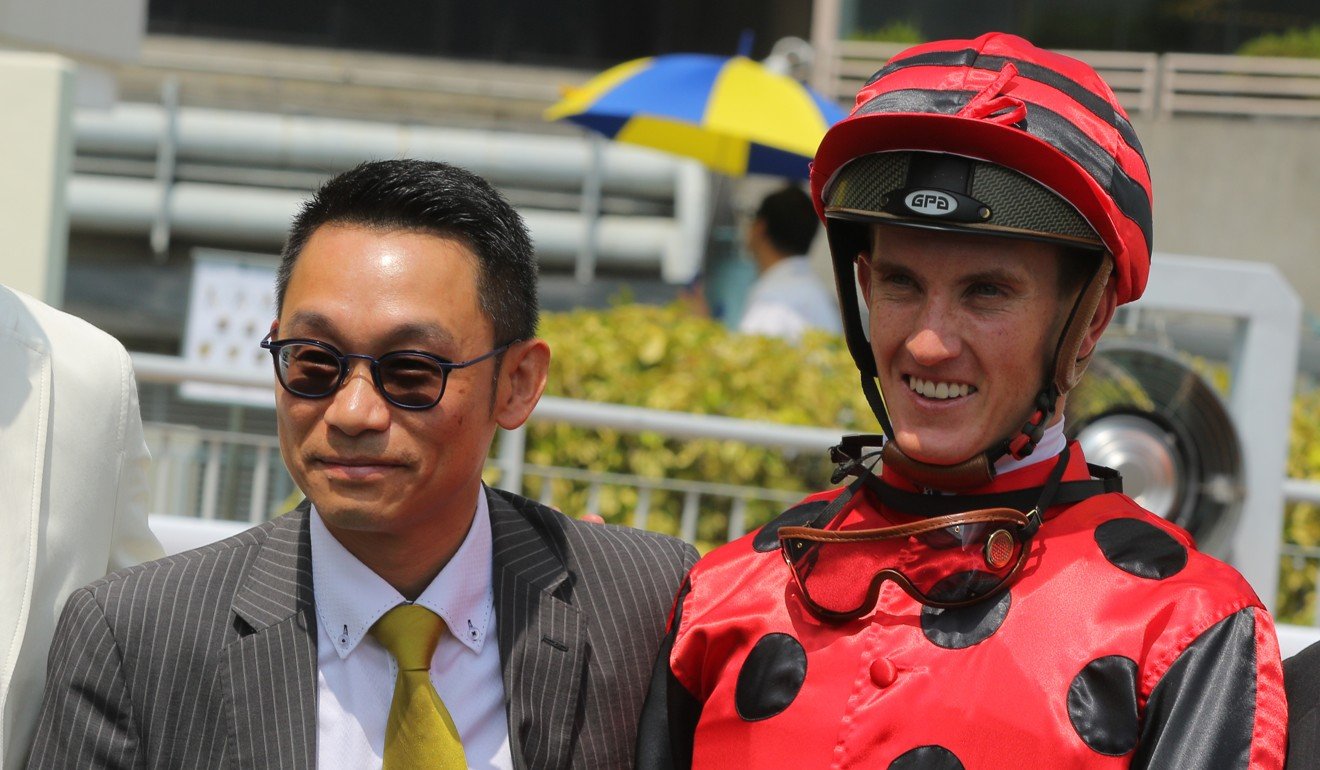 An extra race was also put on in the Class Three 1,200m to accommodate the extra horses looking to run.

Jockey Chad Schofield will team up with trainer Jimmy Ting Koon-ho as the pair looks to continue a strong association that has already yielded a winner this season.

Both look to be winning chances after putting in strong performances for Ting in the past.

Despite being winless in his Hong Kong career to date, Telecom Puma is on the verge of breaking through after a string of good barrier trials. The New Zealand import arrived with a rating of 80 and had done his best work at Happy Valley before he inexplicably retired himself during a race at one of the final meetings of last season.

Since then, Ting looks to have ironed out any problems with the five-year-old, leading all the way to comfortably win a barrier trial on the all-weather surface at Sha Tin earlier this month.

Schofield will face-off against last-start winner High Rev, who recorded one of the biggest winning margins at Happy Valley last season when he dashed away to win by almost seven lengths in Class Four company.

While champion jockey Zac Purton was on board for the last-to-first effort in July, top local Vincent Ho Chak-yiu has taken over the reins of the David Hall-trained galloper. Purton will instead ride Caspar Fownes’ Fearless Fire.

Prawn Yeah Yeah holds off a wall of challengers to give @SchofieldChad his second win this season. 2⃣ #HKracing #HappyWednesday pic.twitter.com/YJqdlIwdBw

Schofield will also partner Ting’s lightly raced Takingufurther for the first time as the horse looks for back-to-back victories.

The five-year-old impressed at the city track towards the back-end of last season after being plagued by wide barriers at Sha Tin early in his career.

Since his last-start win, Takingufurther has been at Ting’s Conghua stable where he produced a strong on-speed barrier trial before coming to Hong Kong in preparation for the now cancelled race meeting.

Takingufurther is likely to start as one of the favoured runners in the market alongside Douglas Whyte’s Iron Boy, to be ridden by Regan Bayliss. 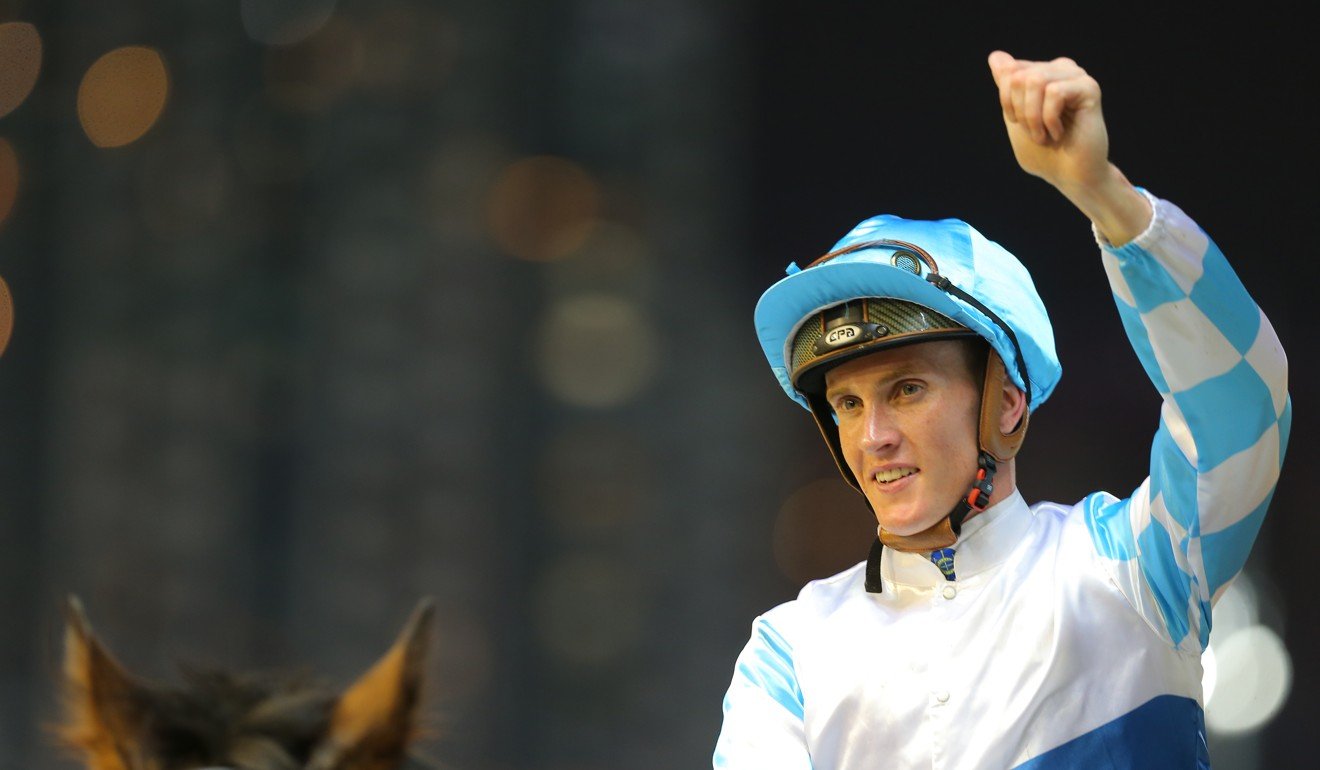 Whyte has enjoyed a strong start to his training career, having netted three winners so far and will be hoping Iron Boy can further enhance his reputation.

After being nominated alongside Takingufurther at Happy Valley last week, Whyte has elected to bring the former Francis Lui Kin-wai-trained galloper back this week.

While he has the advantage of the recent stable chance, Iron Boy will have his work cut out for him, having to jump from barrier 12. 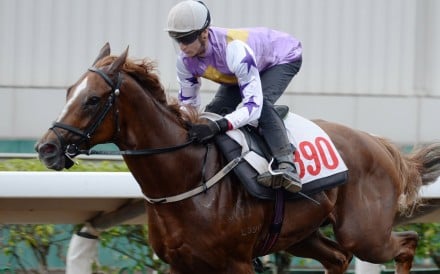