The Brazilian says he is going home very happy after saluting with Full Of Beauty, Super Star, Fat Turtle and Smart Patch 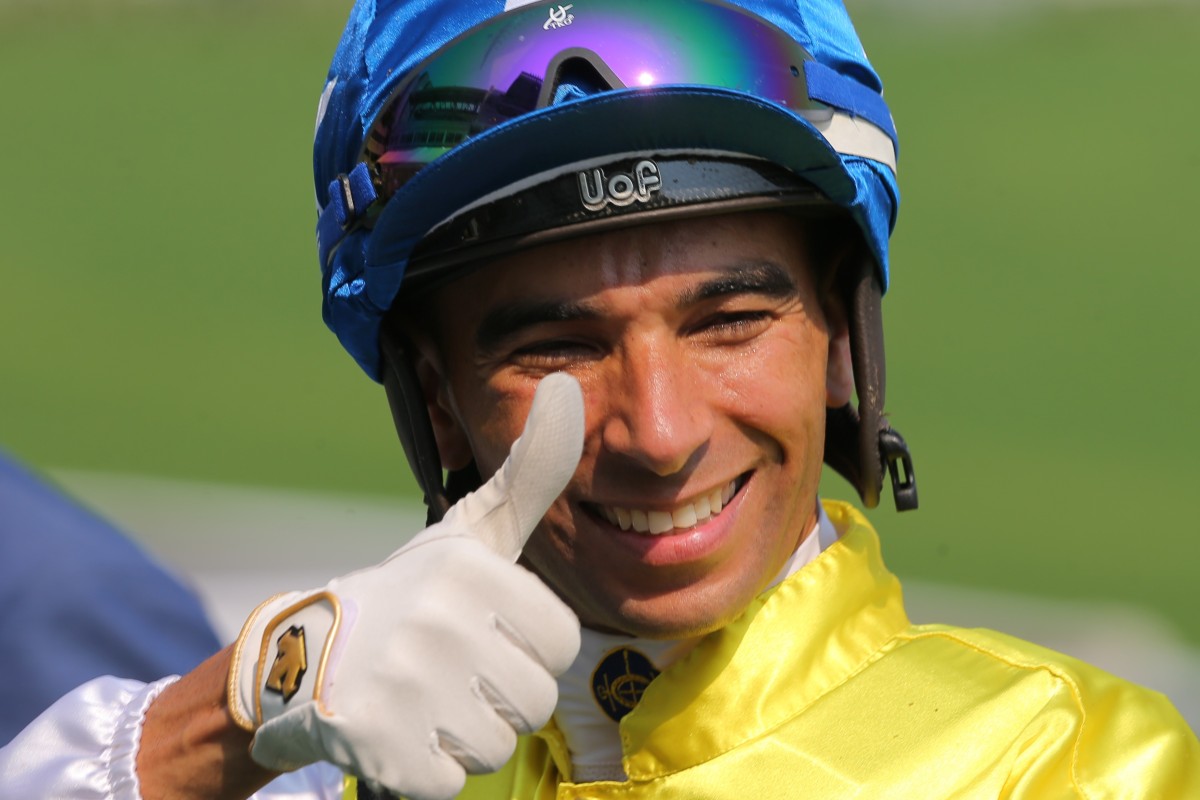 Joao Moreira is all smiles on his way to a four-timer at Sha Tin on Tuesday. Photo: Kenneth Chan

Champion Beauty Generation may have stolen the show at Sha Tin on Tuesday but jockey Joao Moreira still felt he was the luckiest man at the track.

The Brazilian notched up a brilliant four-timer which saw him rocket clear at the top of the jockeys’ standings early in the season.

Granted a freelance licence this season, Moreira has begun in hot form and produced some of the rides of the day on Tuesday, booting home Full Of Beauty, Super Star, Fat Turtle and Smart Patch.

“I think this season, whoever gets four-timers should go home very happy because it is tough, it is very competitive – more so than it has been in the past – so I feel like the lucky one of the day,” he said.

Having ridden in every race bar one this season, Moreira has been a man in demand, but with that comes a weight of expectation.

The 36-year-old said this year’s extra-competitive riding ranks had made it harder to get on well-performed horses compared to other years.

“People expect me to have a lot of options but that is not the reality at the moment,” he said. “When I say it’s different now, the new jockeys here are earning their space, they are working hard and when they get a nice horse, they don’t want anyone to take it off them.

“That means it is more difficult for you to take better rides, fortunately I have a lot of decent horses at the moment and I am very happy with them.”

While Moreira delivered on the short-priced favourite Full Of Beauty in the Group Three National Day Cup (1,000m), he said his personal highlight came aboard the Tony Millard-trained Super Star in the Class Three Tianjin Handicap (1,400m) where he wove a path from near-last to deliver in the shadows of the post.

“I was held up in the back straight which interrupted his run a little bit but he was brave enough to put himself between horses, then the fence, and get there impressively,” he said. “I would say that was the highlight ride of the day.”

Moreira also said he was as surprised as anyone to roll red-hot favourite Aethero in the Class Two Beijing Handicap on the Frankie Lor Fu-chuen-trained Fat Turtle.

“The most impressive win certainly was the last race [on Fat Turtle], obviously with Aethero being in the race, his class is quite strong,” he said.

“I did think Fat Turtle could win but I could never have thought he would win as well as he did. He was beautiful, got the split and kept running, but you couldn’t have seen that coming.”