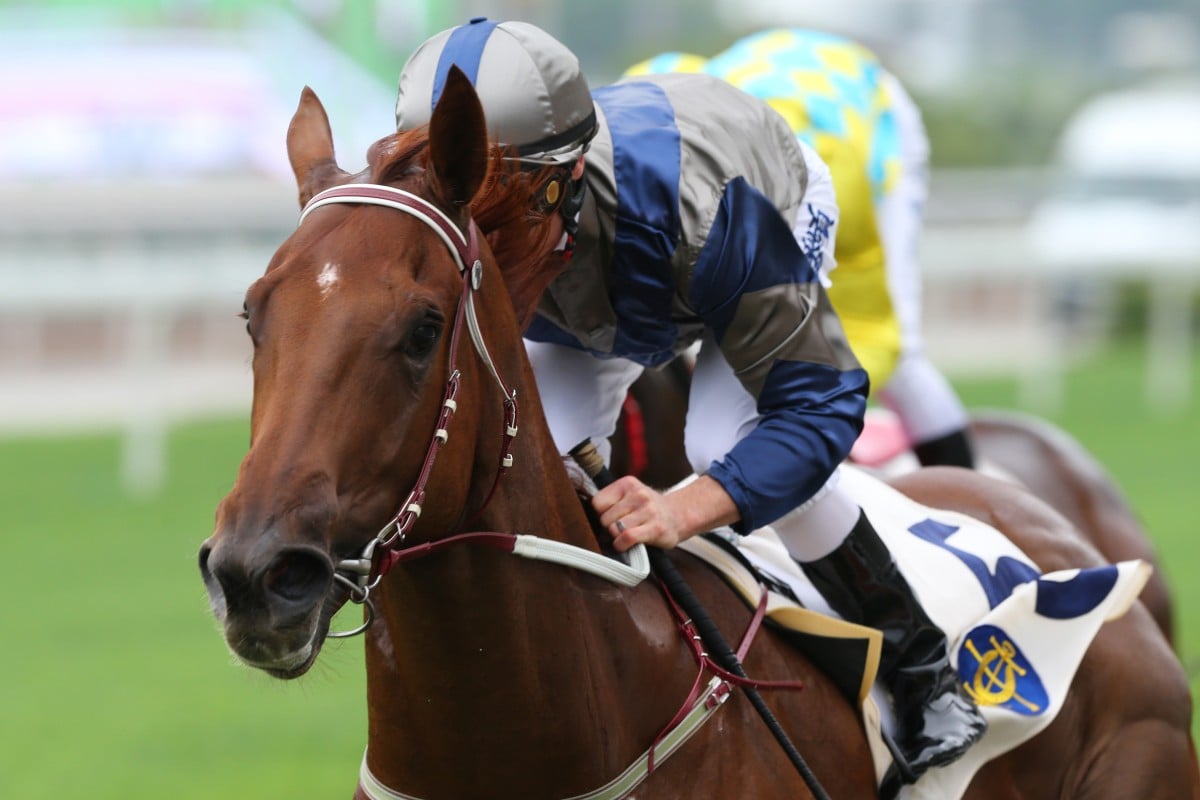 A major part of Joao Moreira’s week has consisted of getting to know Aethero ahead of what he says is the precocious three-year-old’s “biggest test” at Sha Tin on Saturday.

John Moore’s exciting sprinter locks horns with speed machine Voyage Warrior in the Class Two Wo Tik Handicap (1,000m) and Moreira can’t wait to ride him for the first time in a race.

“I have faith in Aethero, I was on him [on Thursday] just for a canter around to try to understand the horse,” Moreira said. “He seems very straightforward, a big, strong horse.” 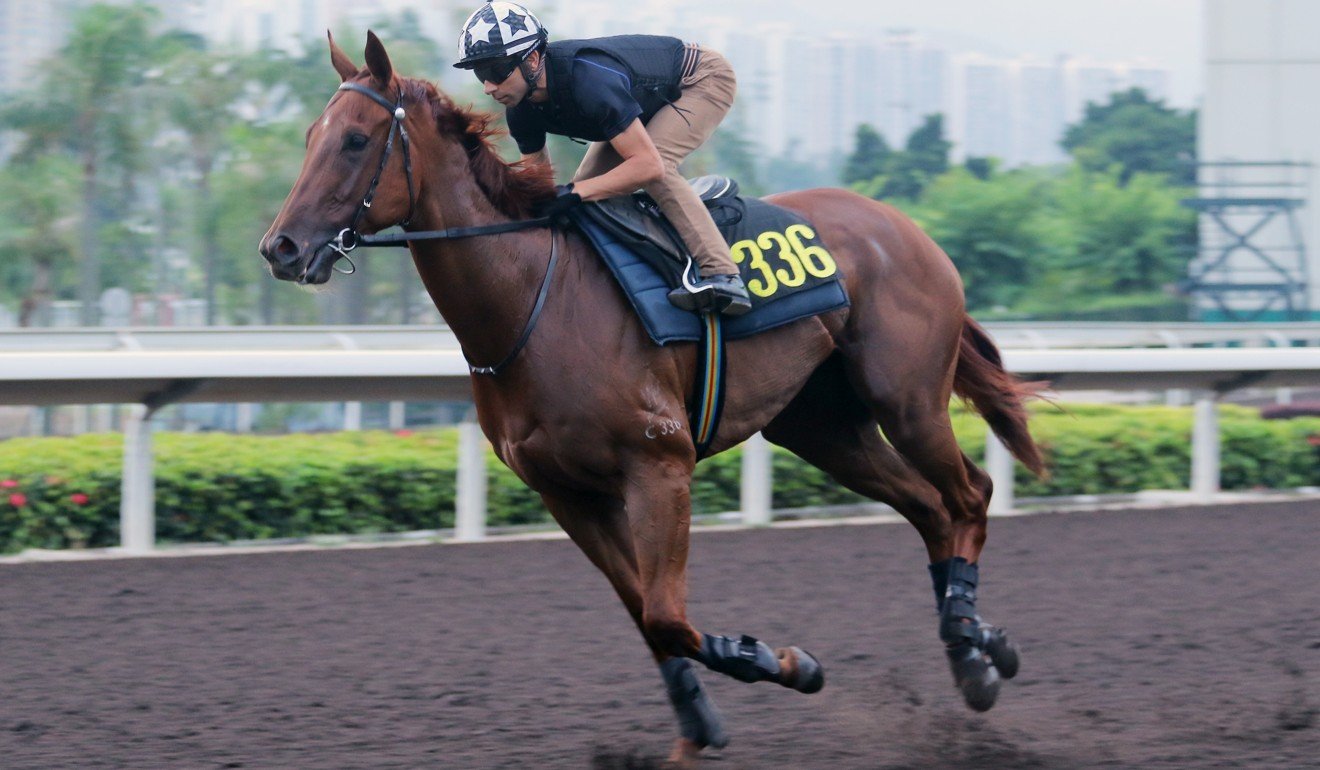 Aethero suffered his first loss on October 1 over 1,200m but Moreira is confident he can bounce back quickly at the shorter trip.

“It’s probably going to be his biggest test,” the Brazilian said. “It’s going to be a very interesting race.

“It’s going to be about who the best up-and-coming sprinter is. Distance-wise it’s what he likes, he has done very well over this distance. Hopefully he gets a smooth run and then we are going to be able to find out who really is the best.”

Aethero was found out in the pressure of Class Two last start, looking uncomfortable in traffic and over-racing.

That third-placed finish brought this race into play and Moore says that another defeat on Saturday does not spell the end of his plans to run Aethero in the Group One Longines Hong Kong Sprint (1,200m) on international day in December.

“This wasn’t in the plans originally but when we found that he was a work in progress in among horses, this race I thought was one to have him in to put a few more points on the board,” Moore said.

“But it’s not make or break, there are other lead-up races to December. I’ll keep finding other paths if needed.” 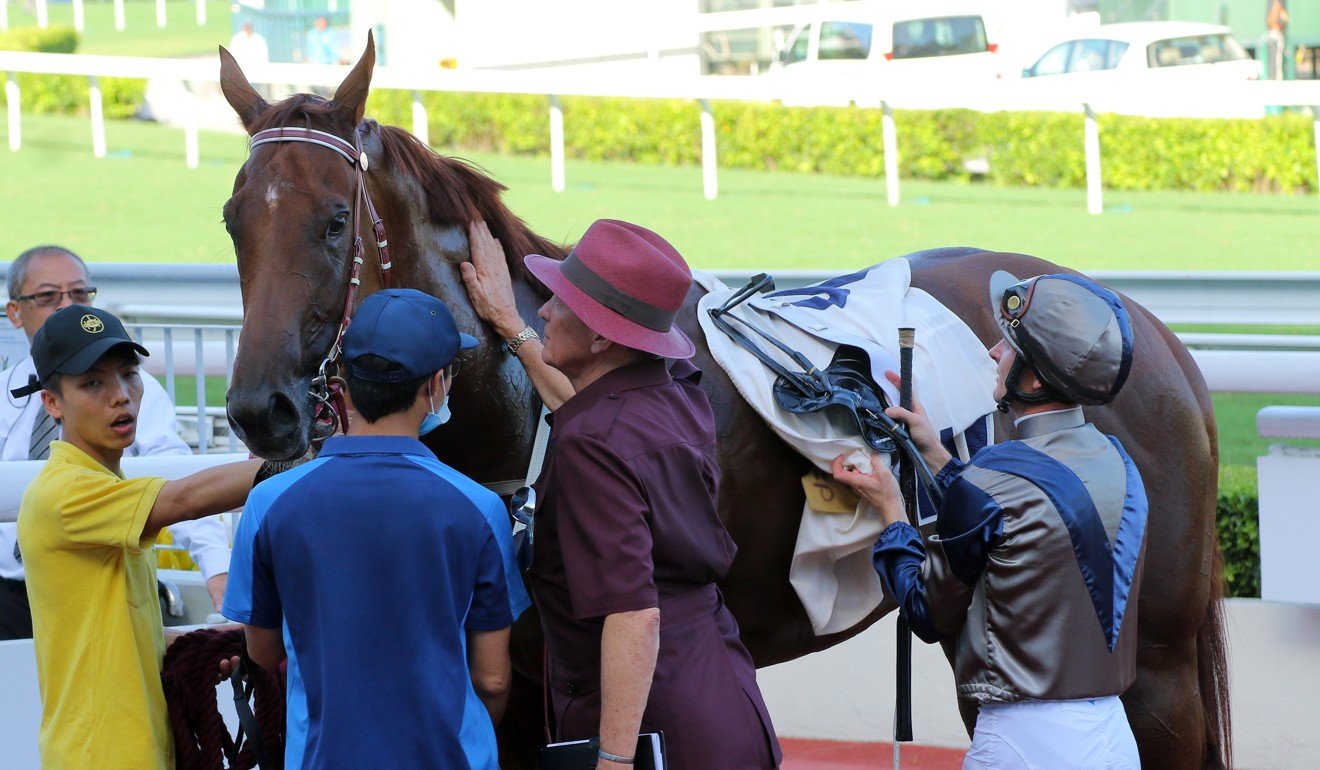 Aethero has drawn barrier five while Voyage Warrior is in seven under Zac Purton, with Moore expecting his charge to shadow Ricky Yiu Poon-fai’s galloper in the early stages.

“I think he’ll probably kick off behind Voyage Warrior because he gets fidgety in the gates and he might miss it a fraction but he’ll get into his straps very quickly, within two or three strides he starts to motor,” he said.

“We’re just waiting to see how Zac rides Voyage Warrior, whether he goes straight to the front or what, but Aethero will be cruising outside him. Everything’s right. His work leading in has been really good and he’s raring to go.”

Whether or not Aethero meets Moore’s expectations and makes it to Group One level as a sprinter, Moreira expects big things in years to come when the three-year-old steps up in trip.

“The way that he moves and the way he looks, for me he is more like a miler instead of being a sprinter,” Moreira said.

“But I think he is such a good horse that even if he is running a short distance this time, he can still overcome all the situations.”

Moore also has the enigmatic Thanks Forever in Saturday’s clash, with the four-year-old returning to a trip where he’s undefeated from three starts.

The gelding has drawn best of the big three in barrier 12 but the jury is out whether he can recapture his old spark after two lacklustre performances to finish last season. 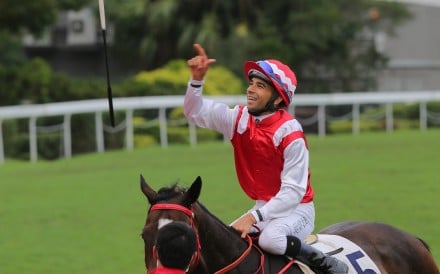