David Ferraris and Umberto Rispoli break testing droughts: ‘when you think things can’t get worse, they do’ 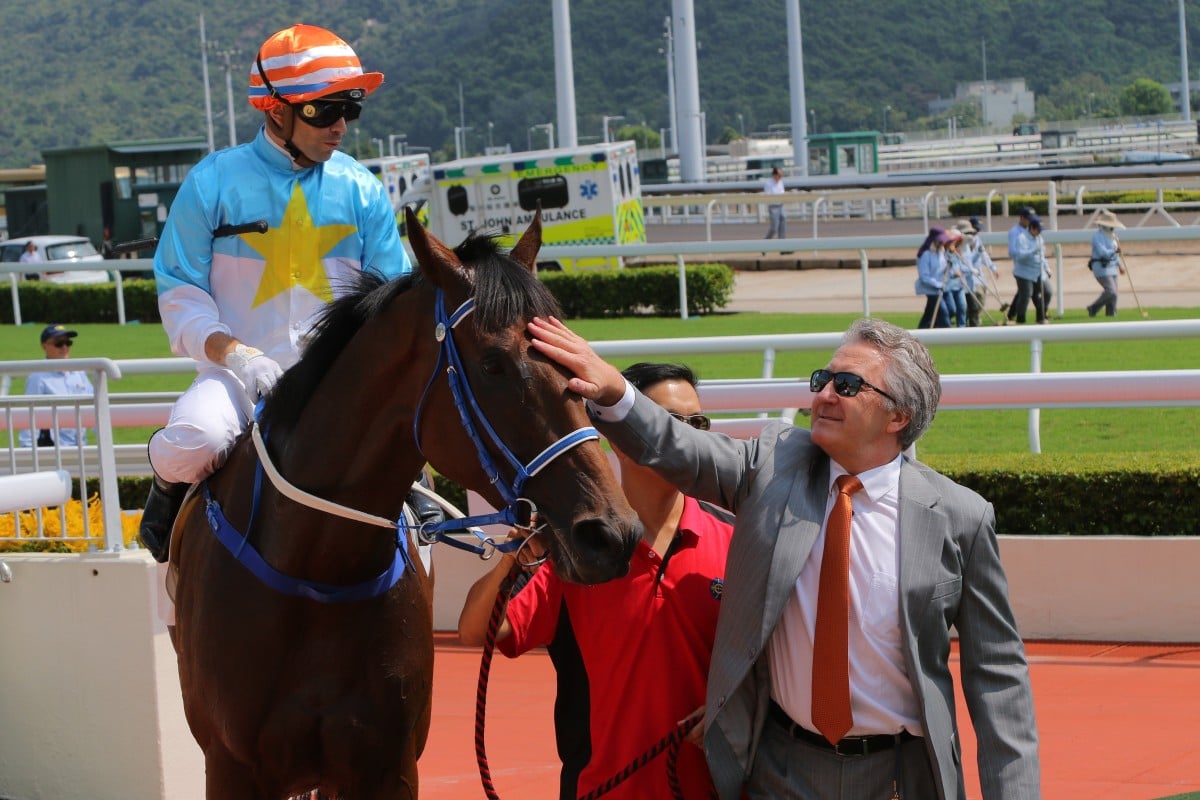 On an afternoon that featured a pair of Group Two races and some of Hong Kong’s best horses, it may have been a garden-variety Class Five that provided the most satisfaction.

Blazing Partners’ win in the opening race on Sunday’s card delivered David Ferraris and Umberto Rispoli with their first wins of the season and you could almost see the weight lifting off the pair.

“I’m ecstatic, over the moon and there’s so much relief,” Ferraris said. “It just gives the stable so much confidence to get a win under the belt.

.@umbyrispoli is on the board! The Italian breaks through for his first win this season, scoring aboard the David Ferarris-trained Blazing Partners. #HKracing pic.twitter.com/rnwlu8CYcg

“I have Italian heritage and Umby is Italian so it’s very nice to have The Italian Job get it done today.”

It was Ferraris’ first winner since July 3 and he gave an insight into the impact a run of outs can have in the unescapable heat of the Hong Kong racing furnace.

“There’s huge pressure,” he said. “I was giving Umby pressure for a ride on Wednesday which probably wasn’t warranted but that’s what this place does to you when you’re the only trainer that hasn’t had a winner.

“Jockeys ride horses and you don’t think they rode them well but they’re trying their best. Umby’s trying his level best, we’re all trying our best.” 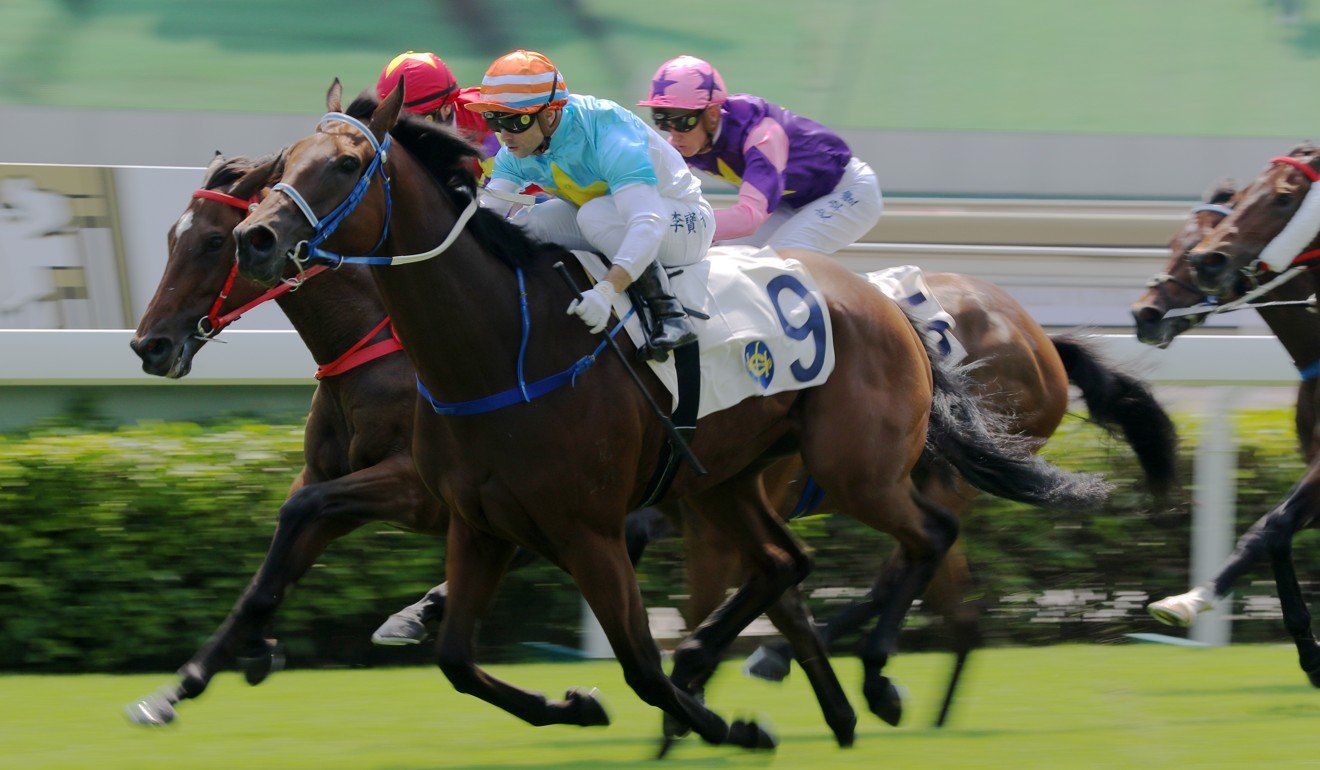 Rispoli says fronting up at the races will be a much more pleasant experience now that he’s put paid to the nought next to his name.

“I was starting to be a little bit upset with the zero on the programme. Every meeting you see it in the back of the book,” Rispoli said. “I don’t think I deserve that. I’ve been here a long time and have proven I can compete.

“When the season starts pretty bad, the winner can be in Class Five and it doesn’t matter. It’s a winner.” 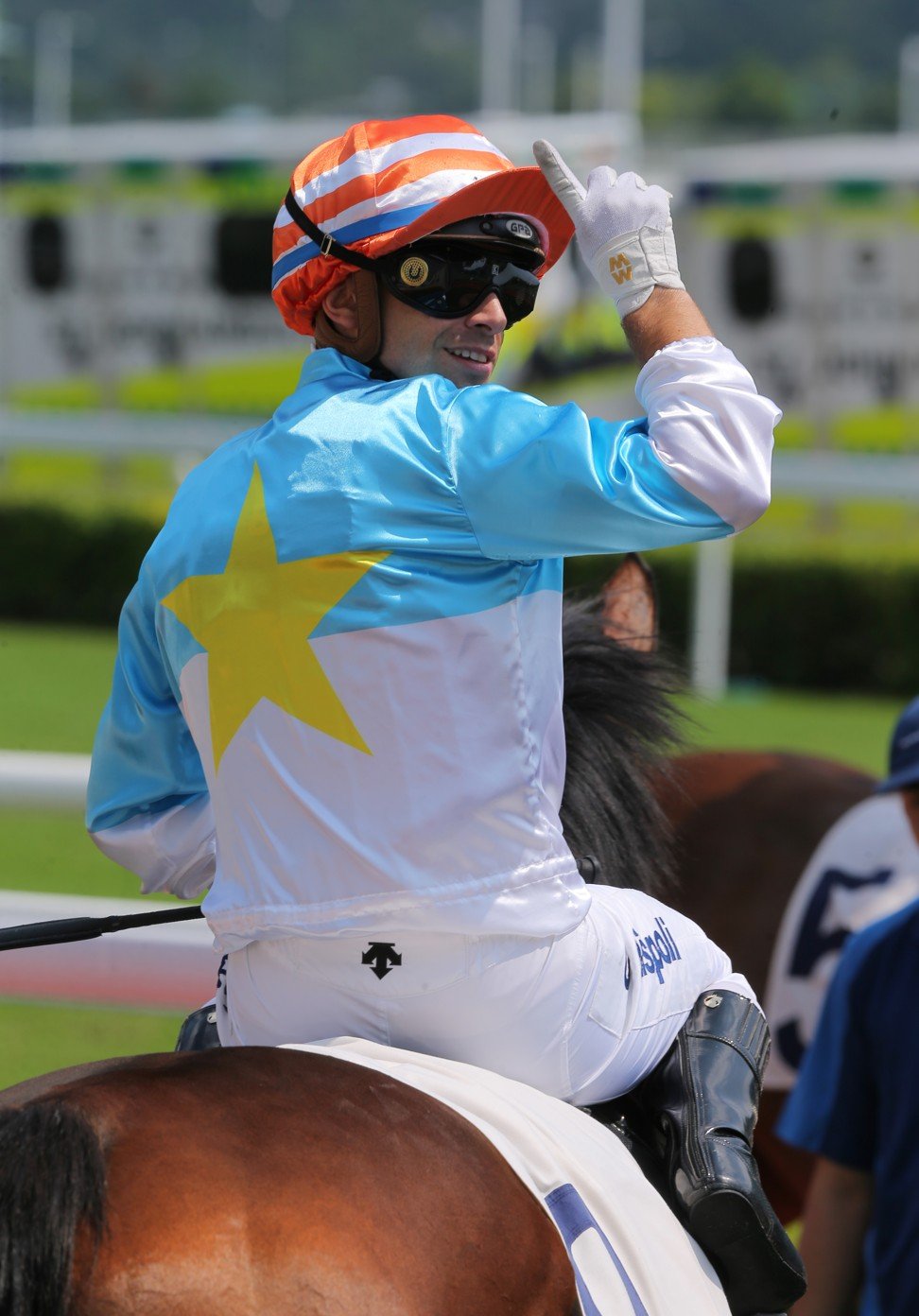 Blazing Partners’ win came from barrier 11 and Ferraris’ five runners on Sunday drew gates 9,11,11,13 and 13, but the South African was able to have a chuckle about his misfortune.

“When you think things can’t get worse, they do,” he smiled.

Blazing Partners travelled quietly at the back of the field early on before Rispoli started to make some ground along the rail from the 800m, eventually finding clear air 300m out and sizzling home.

“He won’t stop here, he’ll win in Class Four I’m sure. He’s just got to be ridden quietly and he’s fine,” said Ferraris, adding that he’s confident he won’t have to wait as long for his next success.

“The horses are well, they’re in great form and they’re healthy, they just need a bit of luck.”