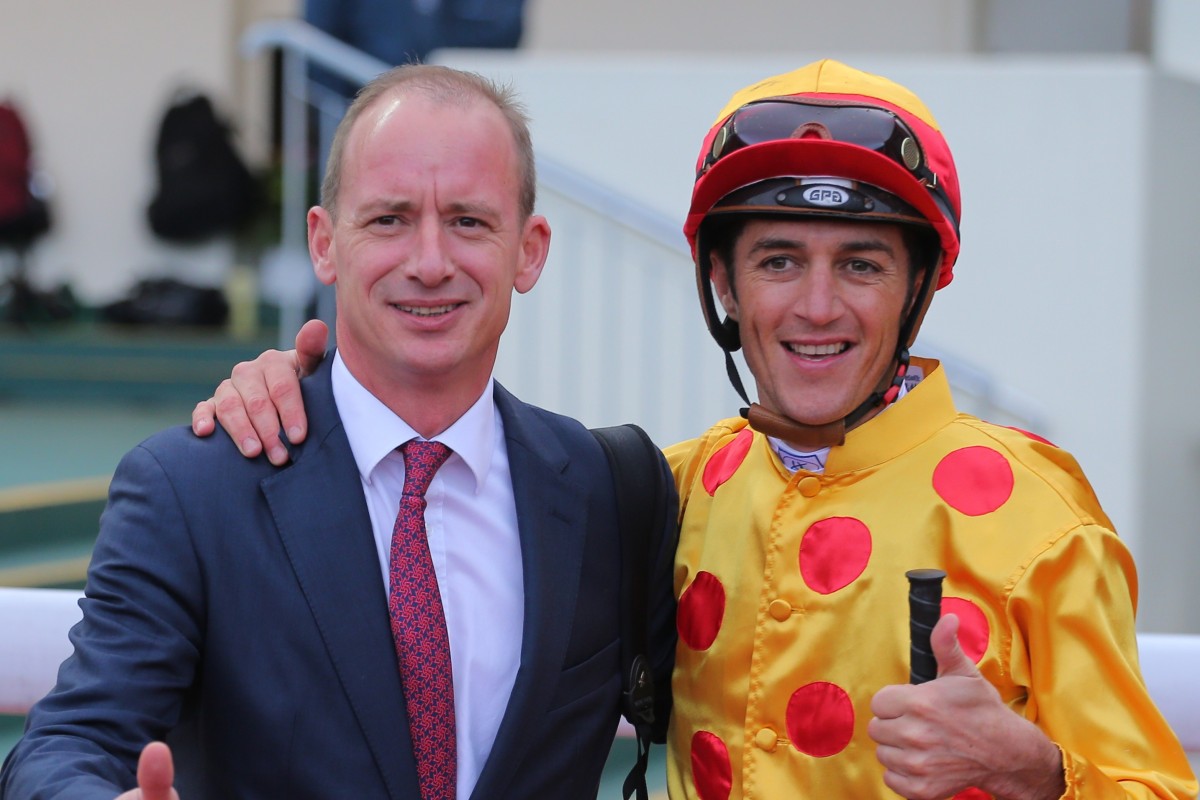 Star Belgian jockey Christophe Soumillon and trainer Richard Gibson will look to wind back the clock next week when they combine for the first time in three years.

The France-based jockey will ride Gibson’s Wishful Thinker in next Sunday’s Group One Hong Kong Sprint (1,200m) in what will provide a blast from the past for punters.

Gibson and Soumillon have enjoyed success together in Hong Kong and abroad, most notably combining to win a Chairman’s Sprint Prize with Gold-Fun along with a Stewards’ Cup on Giant Treasure. 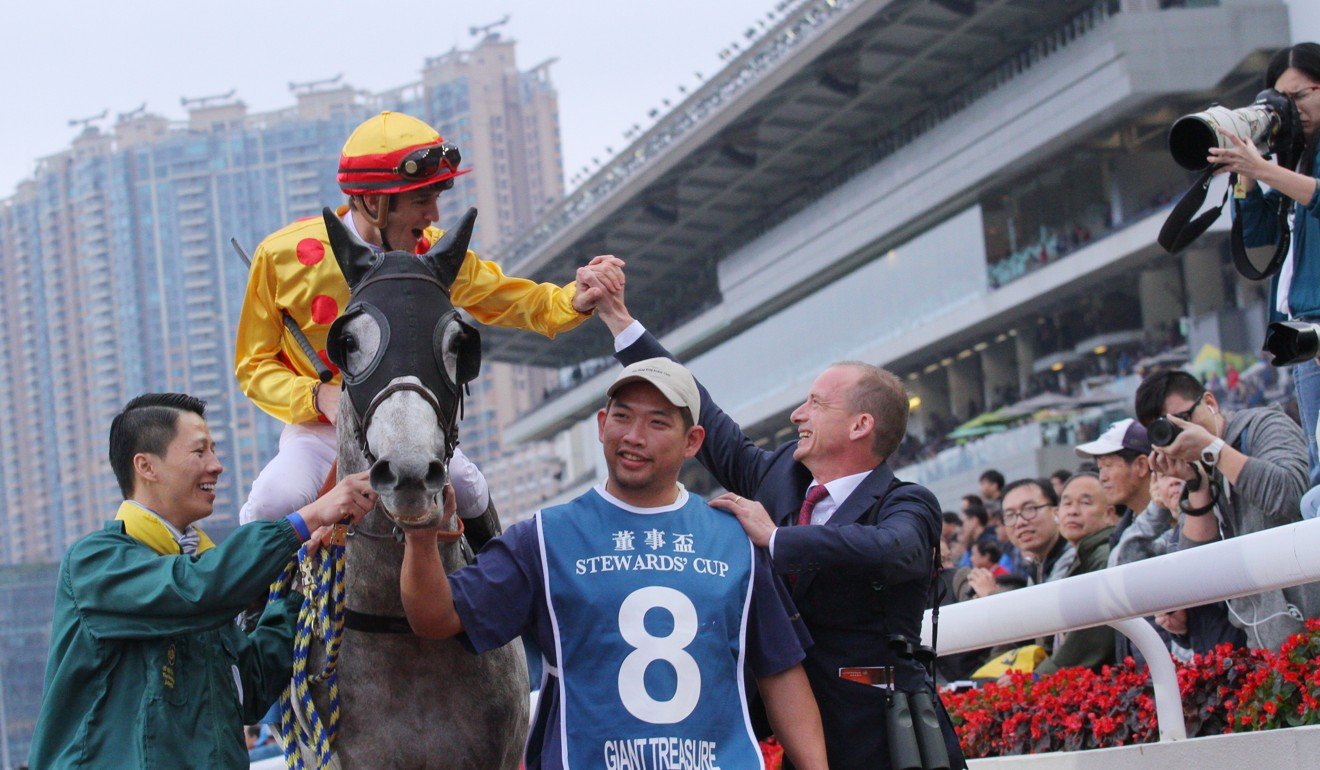 Now in his ninth season in Hong Kong, Gibson previously trained in France, where he won a host of features.

“It is always great to have Christophe on board, I have had Group One success with him before so I am happy to have him back again,” Gibson said.

“We won Group Ones in Hong Kong and he worked regularly in France for me as well.”

Soumillon is currently in the midst of a golden short-term stint in Japan, where he has reeled off 15 winners in just 58 rides.

“France is blessed with many fantastic jockeys and Christophe Soumillon has been the champion there for years so that is a hell of a title because the competition is tough,” Gibson said.

Christophe Soumillon winning on another one of Orfevre's kids!

The pair almost tasted the ultimate success with Gold-Fun at Royal Ascot in 2016 where they were “beaten a whisker” by Twilight Son in the Group One Diamond Jubilee Stakes (1,200m).

The ride on Wishful Thinker has been somewhat of a merry-go-round this season with Soumillon set to be the fifth jockey in as many starts.

After rattling off one of the best finishing sectionals in the Group Two Jockey Club Sprint (1,200m), Gibson believes his consistent galloper is in with a chance come race day.

Formerly named Katsuro while trained in Melbourne, Australia, Wishful Thinker has been one of the big improvers in Hong Kong racing. 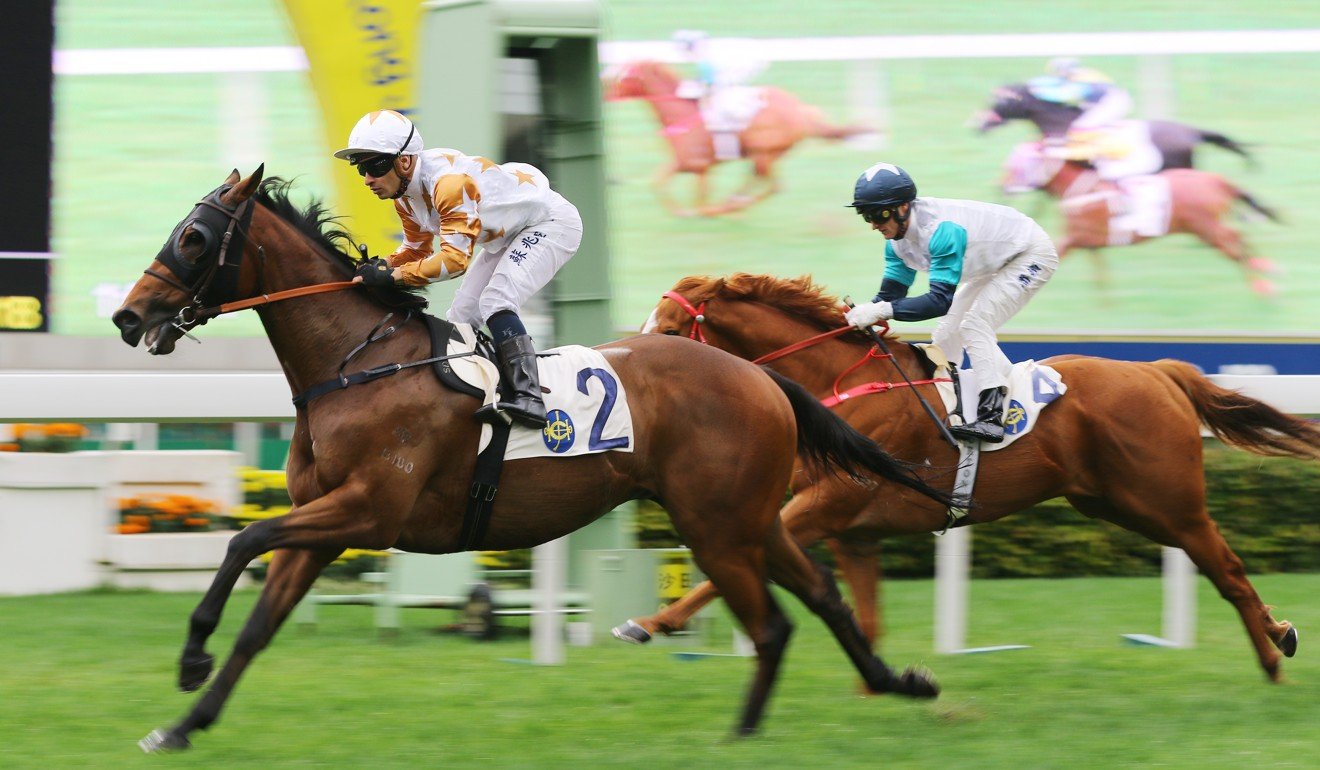 “Wishful Thinker is verging on the ideal racehorse for Hong Kong, he has come from a rating of 74 to 120, where he is now, so if they were all like that, it would make our job very easy,” Gibson said.

“He has responded so well to Hong Kong conditions, he has gone through all the ranks, very rarely runs a bad race and it has been such a pleasure to train such a good athlete. It has helped his career.

“If you take Aethero out of the mix, he is right up there with Hong Kong’s very best last start, which is a great achievement.”

After shining at the back end of last season, Rattan has struggled to race up to his own lofty standards this term.

“I haven’t seen the best of Rattan this season yet,” a frank Gibson said.

“The horse always runs very well fresh, that was the reason we skipped the prep run a couple of weeks ago, so we are going into this race with our fingers crossed a little bit behind our backs because I haven’t seen the Rattan of last year.