Benny Andersson steals the show at Happy Valley, coming to Hong Kong for a one-off Swedish night as Ricky Yiu continues his hot recent form with a treble 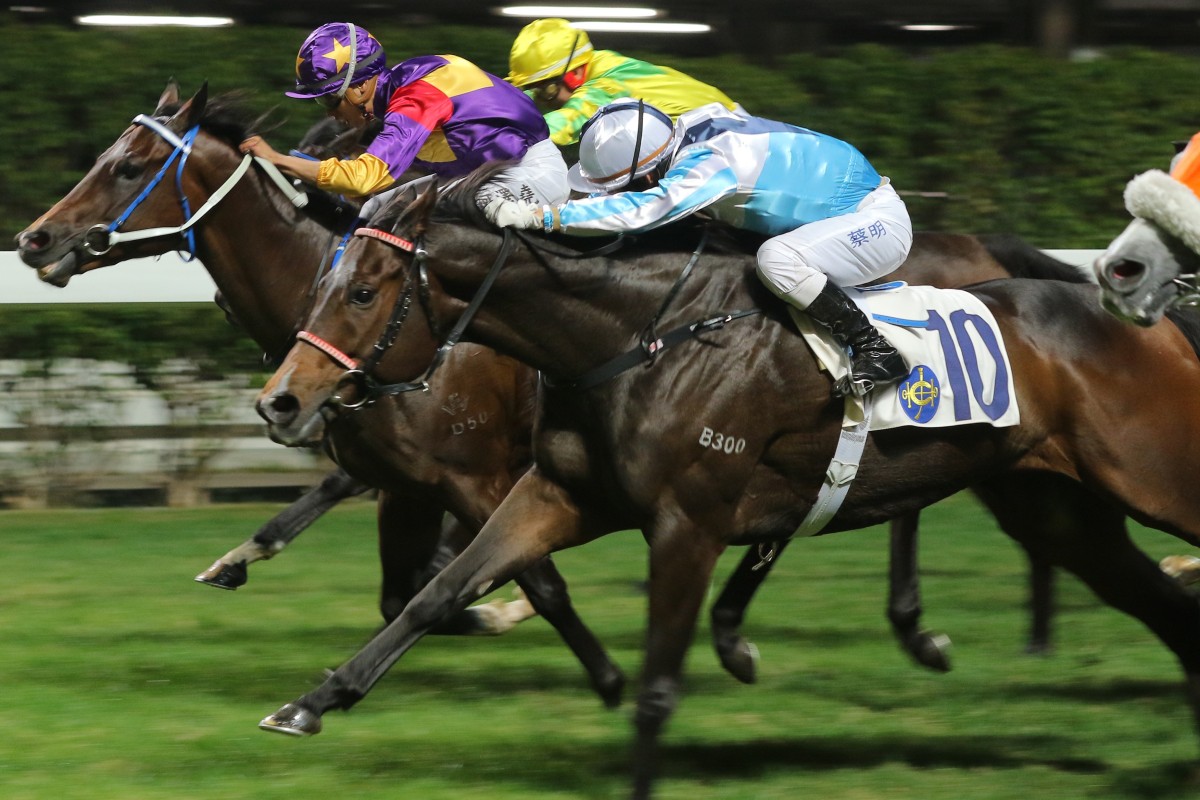 After Me (outside) swamps his rivals to win at Happy Valley on Wednesday. Photo: Kenneth Chan

From international Group One horses on Sunday to a member of Sweden’s greatest-ever band on Wednesday – there is always something happening in Hong Kong racing.

The post-Hong Kong International Races meeting is usually one of the flattest of the season as everyone tries to find their feet – and motivation – after the Jockey Club’s biggest day.

But this year there was a different vibe – a Swedish one – with the presence of Abba’s Benny Andersson, who by all reports is a horse racing enthusiast.

The Consulate General of Sweden presented the Swedish Cup at Happy Valley on Wednesday night – a one-off event to celebrate 110 years of Swedish presence in Hong Kong. 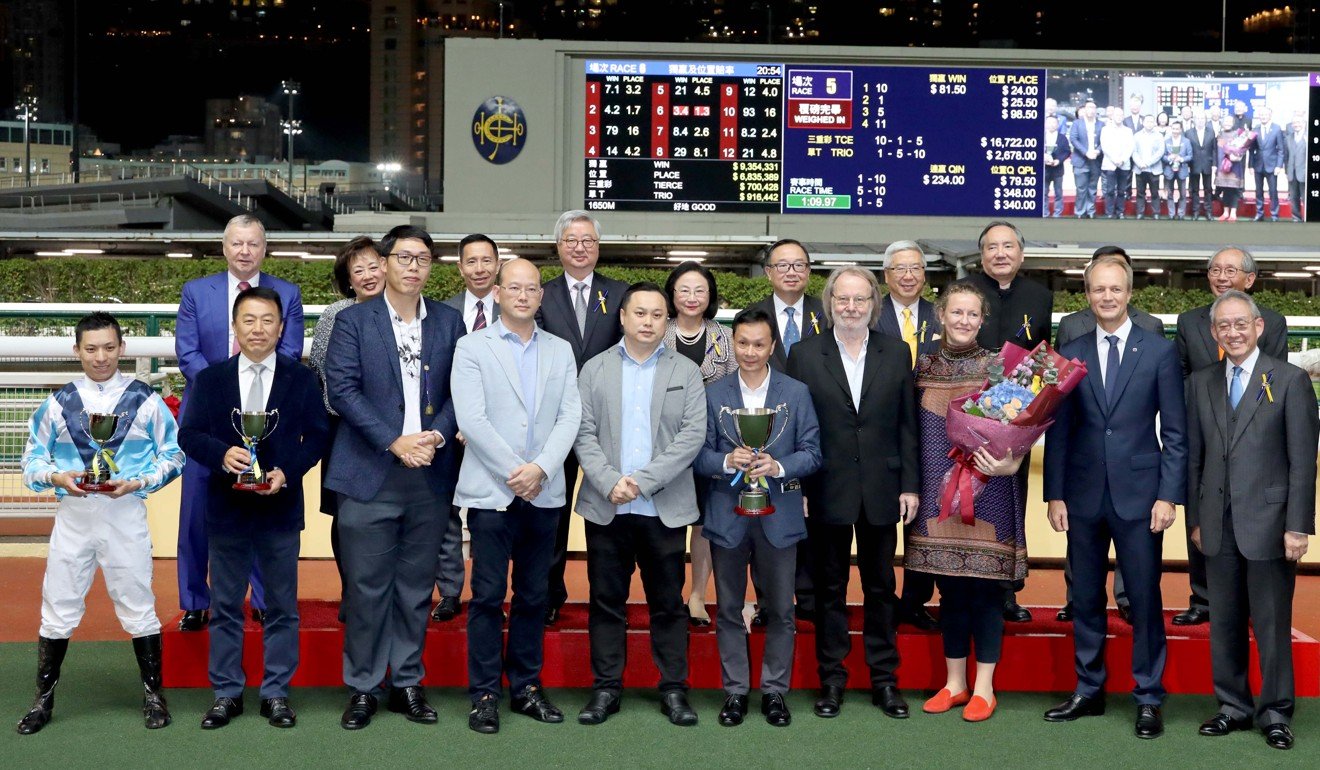 To prove organisers were serious about a big celebration, they flew out Andersson to present the winning trophy while a tribute act, Babba, flew in from Melbourne and played the band’s classic hits in the beer garden.

But as is the case in racing, the winner takes it all, and in the night’s feature, it was the Ricky Yiu Poon-fai’s After Me, ridden by Matthew Chadwick, who came out on top.

The championship-leading trainer enjoys Abba’s music – it was suggested his favourite song should be “Take A Chance On Me” – so he enjoyed being part of the festivities with Andersson.

After a slow start to his career, After Me has now strung together two wins from his past three starts, with Yiu explaining that training him out of Conghua has made all the difference.

“He put on a lot of weight and now he relaxes in his races,” he said. “He never gives up, he doesn’t get worried around other horses and he keeps fighting.”

It was a big night for Yiu, who continued his sensational form by collecting a treble, with Island Winner and Gentle Breeze also prevailing, taking him to 24 winners for the season, six in front of his nearest rival.

In second spot on the table is Francis Lui Kin-wai, who also tasted success on the night. He had to send out an SOS after Victory In Hand was crunched in betting just before the jump, but the four-year-old got the job done.

His first win came at start number six, with Lui crediting the move to the city track, the step up to 1,200m and a good gate as the key factors in his victory.

“I was surprised. He looks like he’s improved a lot, but it was his first time running here,” he said.

Grandstand finish! After Me bursts through for Matthew Chadwick to give Ricky Yiu a double! #HappyWednesday #HKracing pic.twitter.com/SOXJl0uoHg

“When he’s run at Sha Tin he’s been a bit nervous. He’s always had a wind problem – but not a serious one. I was thinking about how I could make him calm down and I thought I would try running him here. It’s a different environment and we were lucky to have a good draw and the field wasn’t that strong. He needed a few races to find his feet.”

Karis Teetan was aboard Victory In Hand and he made it a race-to-race double when he lifted the David Ferraris-trained Magnetism to victory.

The smallest of margins separated Magnetism and Heavenly Thought on the line, but the former got the nod.

But the funniest moment came after the race when Italian jockey Umberto Rispoli did his best “Mamma Mia” impersonation, taking credit for suggesting the seven-year-old be stepped up to 1,800m. “He’s a lovely old horse, belongs to my oldest clients – they’ve been with me for 17 years. Maybe he’ll go up five points and still be in Class Four – let’s hope.

“It was desperately close, I was watching with Caspar [Fownes] and he thought I did but there wasn’t much in it. I don’t like to wait for those photo finishes.”

It was the first of a double for Ferraris, who also captured the last race with the appropriately named Cue The Music (Zac Purton). Maybe the South African danced along to Fernando on the way home?