Despite being known as a front-runner when racing as Hawkshot in Australia, the four-year-old surges home from the back of the field to win on debut 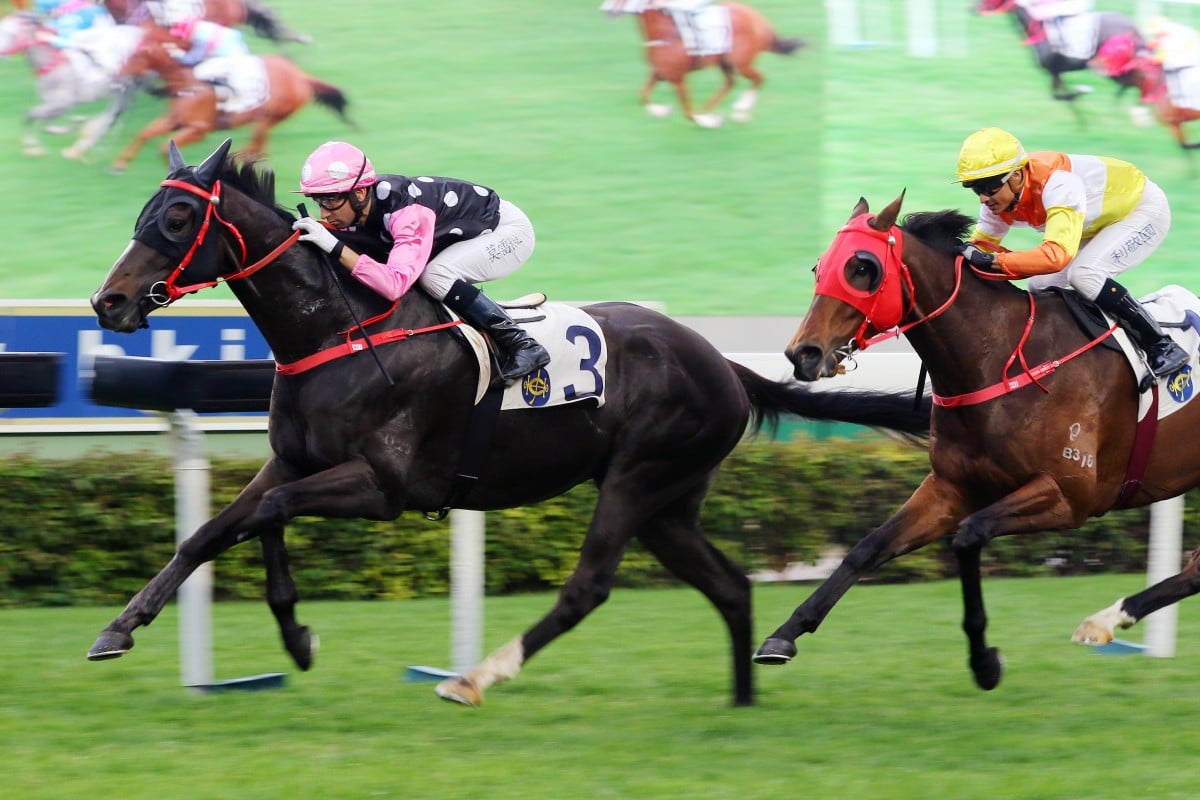 While John Size admitted he was “quite relieved” after Beauty Legacy produced a barnstorming debut win at Sha Tin on Sunday, he must also have been genuinely satisfied after the Australian import staked his four-year-old series claim.

Despite often going forward when racing as Hawkshot in Victoria, Joao Moreira took Beauty Legacy back from gate 12 and allowed him to surge home in the Class Two Broadwood Handicap (1,400m), with Size pleased to see a plan he hatched months ago come into fruition.

“In Hong Kong, it’s probably a different set of circumstances and in those shorter races like the 1,400m, I think they go a little bit quicker,” he said.

“After I watched his races in Australia I thought he was going to take some managing and we would have to contain that energy so he uses it in the correct manner.

“First day he went to the trials here, my intention right from the beginning was to try and get him buried and switch him off in the first half of the race, otherwise if he comes out of the gates and shows good speed I think he’s just going to destroy his chances.

“That’s what I think, I might be wrong, but from now on we’ll be trying to repeat what we did today.” 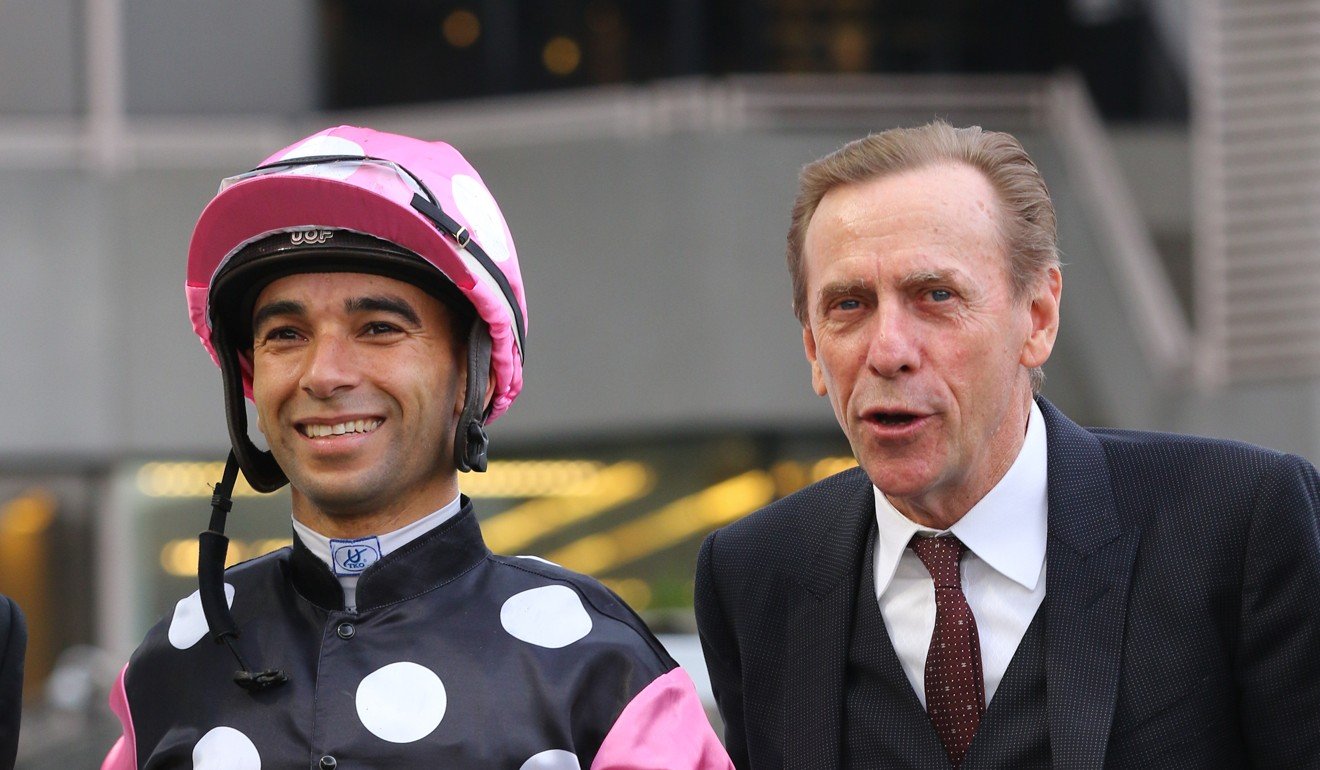 Size said the Classic Mile will be the next assignment for Beauty Legacy, who won at Group Two level in Australia and finished second to Mystic Journey in the Group One Australian Guineas (1,600m).

“I don’t think he’ll run in anything else, he’s got the rating so he’s not looking for figures,” Size said. “I don’t really want to run him in a Class Two with 133 [pounds] and I don’t think the owners would appreciate that either so we’ll just stay in the [four-year-old series] and trial him in between.

“Horses that start in Hong Kong above 90, very few of them win first day. You can’t be anything but complimentary towards the performance of the horse.”

In fact, so rarely do horses win first time out in Class Two, Beauty Legacy at 92 was the highest-rated debut winner Size has ever had.

In a league of her own today, beating a serious field. pic.twitter.com/odvvx0XehX

“The first day at the races is always very difficult for the new horse but he had a lot of luck,” Size said.

“[Moreira] came out nice and negative on him, he was able to find some cover immediately and get him smothered up, which helped a lot with saving his energy and he can run the time to finish off and win the race.

“Today everything went perfectly, whether that happens in the future is another matter. But he did draw a bad gate and he can give away a start and win so we learned something.”

The Derby is the ultimate target for Beauty Legacy – rumoured to have been bought for in excess of A$2 million (HK$10.8m) by the Kwok family – and Size is confident he will handle the 2,000m. 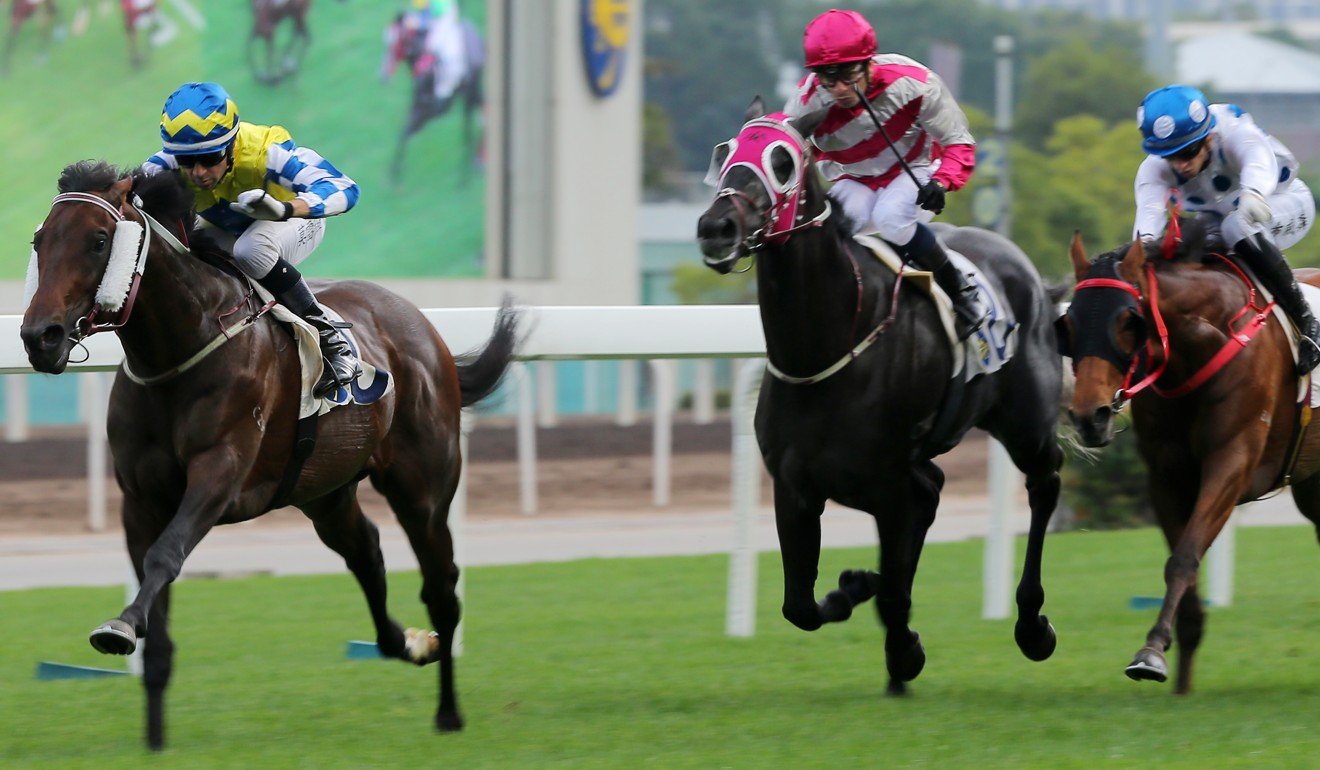 “He hasn’t raced further than 1,600m but in the past normally a horse with good ability can run well in the Derby even if he has a distance doubt,” Size said.

A host of other four-year-old series hopefuls strutted their stuff on Sunday, with the Frankie Lor Fu-chuen-trained trio of Decrypt, Reliable Team and Super Oasis all producing solid showings.

Decrypt was two lengths behind Beauty Legacy in third, while Reliable Team (second) and Super Oasis (fourth) were close behind winner Chefano in the day’s other Class Two, the Caroline Hill Handicap (1,800m).

But perhaps the most eye-catching run in that race came from John Moore’s Derby hope Enjoying, who rattled home for third under Silvestre De Sousa despite encountering trouble in the straight.

“[De Sousa] said he would have won had he got out, he said he was held up at a crucial time,” Moore said of Enjoying, who was having his third start in Hong Kong after racing as Global Exchange in Australia.

“Now we have seen the true Enjoying, it was good to see him close off like that and there’s light at the end of the tunnel.