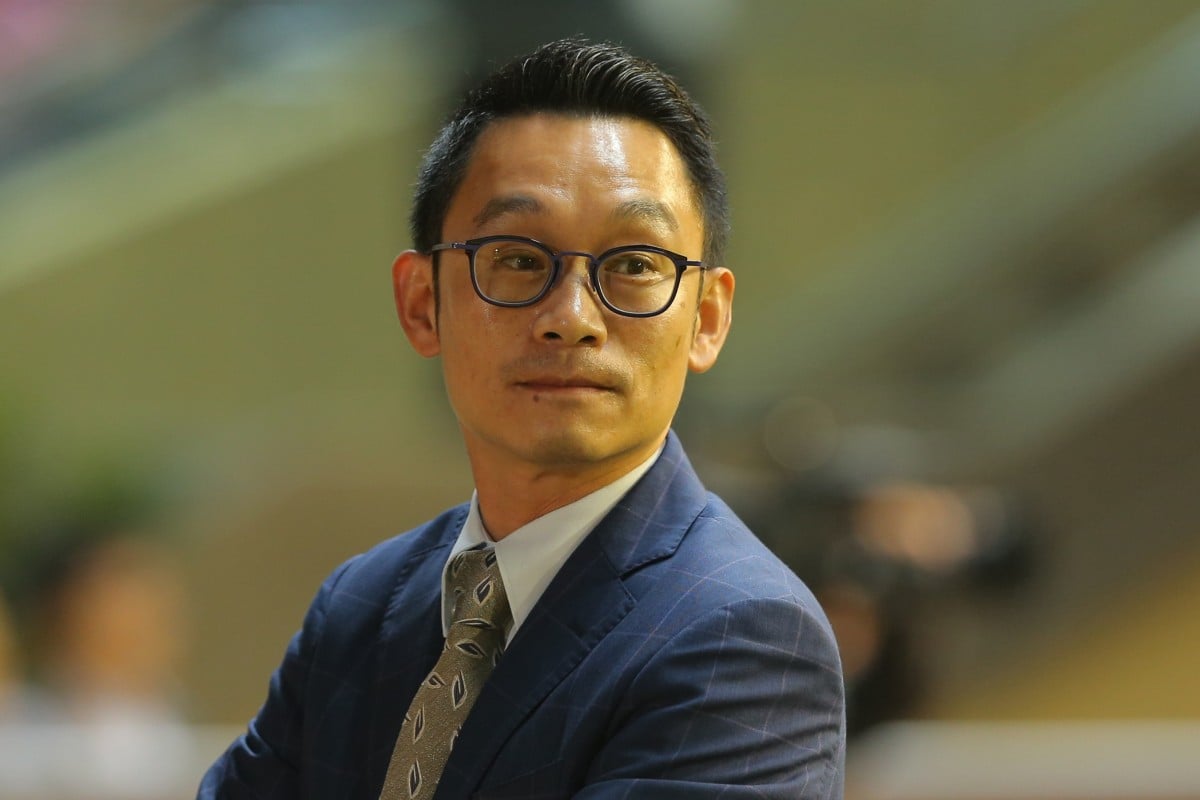 Jimmy Ting Koon-ho says he was “happy, not disappointed” despite being holed up in a Gold Coast hotel room as he landed his first ever treble at Happy Valley last Wednesday night.

In Australia for the Magic Millions sale, Ting was forced to watch on television as he snared three winners, two seconds and a third from just six runners last week.

“I’ve never won three races in one meeting before and I wasn’t even there, but I was happy, not disappointed,” Ting said, adding that he wasn’t surprised by his big haul. “A week before I knew the six horses were all a chance because they were all in good form.” 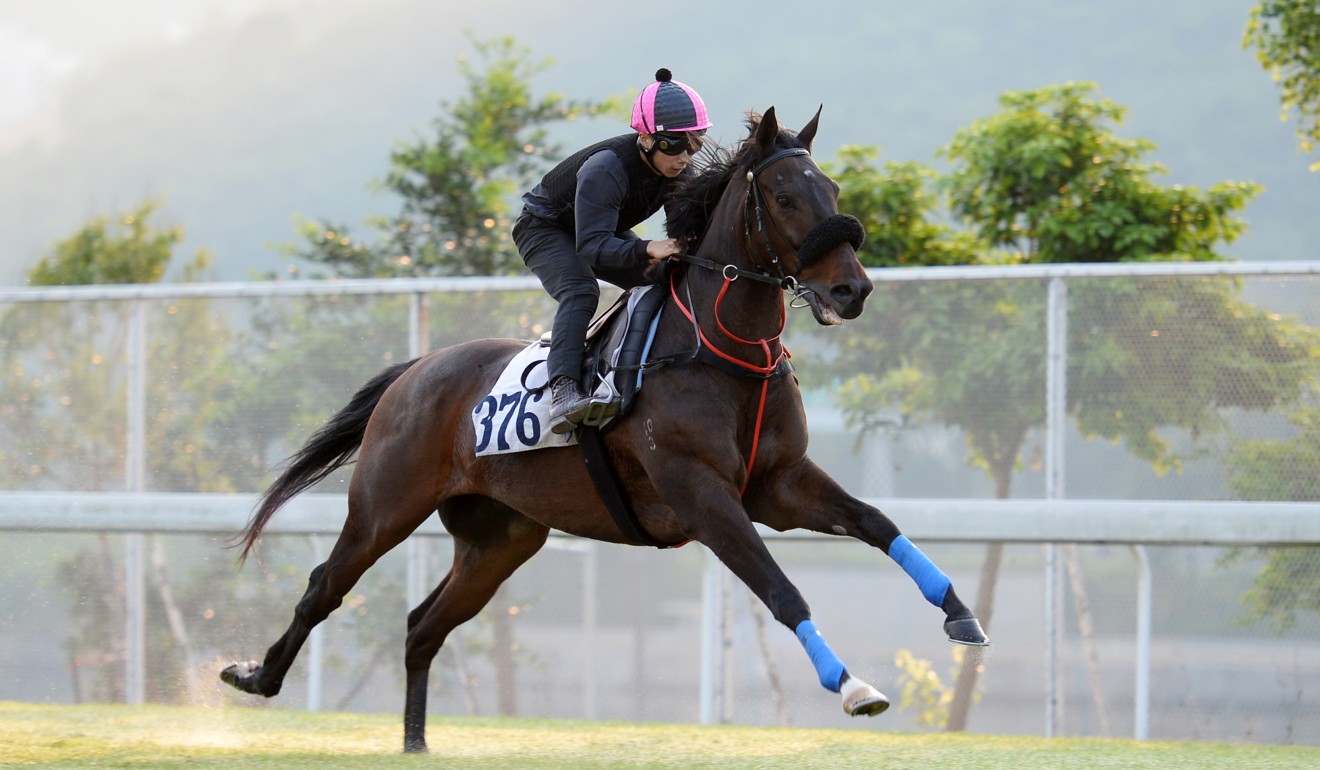 It continued a big season at the city circuit for Ting, with 13 of his 17 winners coming at the Valley at a strike rate of 20 per cent, compared to his 4 per cent success rate at Sha Tin.

He sits behind only the premiership-leading Ricky Yiu Poon-fai on 15 for wins at Happy Valley this season and two in front of long-time “King of the Valley” Caspar Fownes.

Overall, 33 of Ting’s 54 career winners have come at the city track at a strike rate of 16 per cent, while he only strikes at 7 per cent at Sha Tin.

“I think it’s because it’s difficult to win at Sha Tin so I take all my horses to Happy Valley, it’s much easier because the fields are not as strong,” Ting said. 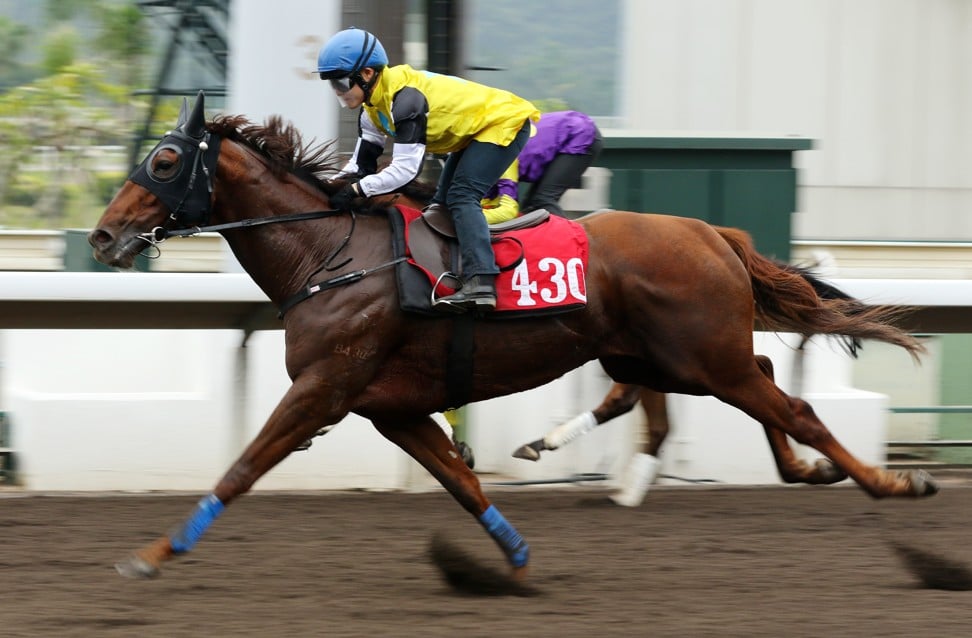 Ting again takes six runners to the Valley this Wednesday and, while he is not as bullish as he was a week ago, he is confident he is heading to the races with a couple of chances.

“I’ve got one or two who are a chance, maybe not a good chance but a little bit of a chance,” he said.

Flying Godspell lines up in the Class Four Club Street Handicap (1,200m) and has been consistent of late without being able to crack the top three.

“He’s now rated 41, he’s got a light weight and a good draw. He’s my best on the night,” Ting said of the six-year-old, who will be ridden by Matthew Poon Ming-fai from the inside alley.

Ting is also eager to watch Triumphant Horse step out in the Class Three Edinburgh Handicap (1,650m), with Silvestre de Sousa jumping aboard from gate nine. “The draw is bad but the horse is getting better, so I’m looking forward to seeing how he runs,” he said.

“That race is too strong so I think it will be difficult. He will run better but it looks a hard race to win,” he said.

Snap Fit won three on the trot over the Valley 1,000m to start his career before finishing second at his first attempt over six furlongs on Boxing Day and Joao Moreira climbs aboard the Caspar Fownes-trained galloper for the first time.

“He’s a very nice horse and Caspar seems to be very confident about his ability and his potential,” Moreira said. “I like him from watching his races and hopefully Caspar is right about him.”