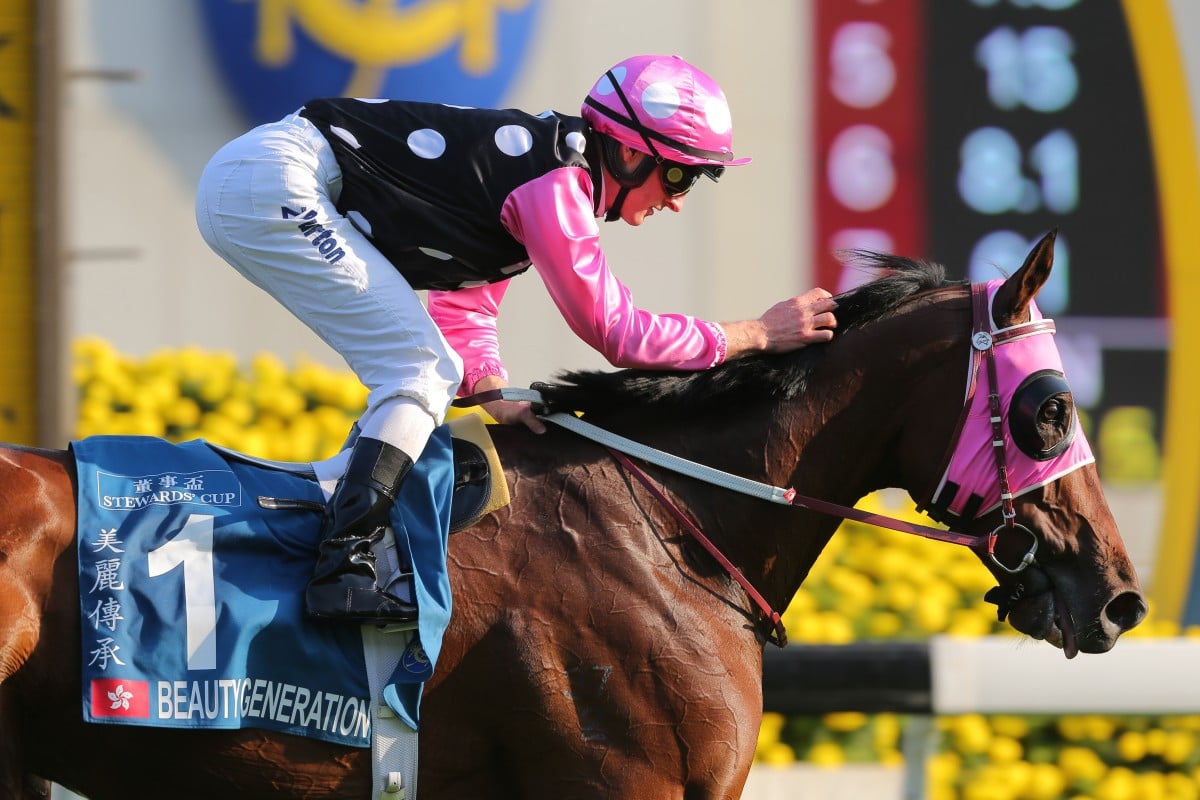 In 2018, the Stewards’ Cup was rated the equal 67th best Group One race on the planet, but the 2020 renewal shouldn’t be anywhere near that.

There is no way to sugar coat it, Sunday’s race is underwhelming – just seven runners and only one of them, Beauty Generation, is a Group One winner.

In a jurisdiction where there are just 12 Group Ones a season, it is astonishing there is one this poor.

Some of it is circumstantial – injuries and retirements have had an impact, as has the dominance of Beauty Generation (it means other horses haven’t enjoyed many moments in the sun) – but the lack of depth is also unprecedented.

Even last year, when there were just six runners (as most were scared off by the champ), three were Group One winners – Pakistan Star and Beauty Only the others. (As an aside, the world’s best 100 Group One races for 2019 will be announced later this month, so we don’t know where it sits at this stage).

In 2018 when Seasons Bloom won, a field of 13 was assembled and it included six Group One winners.

It was even stronger in 2017, with Helene Paragon beating 11 rivals – seven who had won at the top level.

Giant Treasure saluted in 2016, coming out on top in a field of 11 featuring four Group One champions.

Able Friend famously prevailed in 2015, with five of the nine starters in that renewal having tasted success in the highest grade. It was a similar story in Blazing Speed’s 2014 edition – five of the 11 starters were Group One winners. We could go on (but we won’t).

Waikuku is a seriously nice horse – he looks a Group One winner in waiting (he will never get a better opportunity than Sunday) – Furore could step up (maybe?) and Ka Ying Star tends to be a thorn in Beauty Generation’s side, but it’s hard to mount a case for the other three on their current form – there are no secrets among this group.

Perhaps, the best way to highlight the status of Sunday’s race is the fact Rattan will carry the number two saddlecloth.

Richard Gibson’s six-year-old is a horse you would love to own, with seven wins and eight placings from 25 starts for more than HK$15.6 million in prize money.

After trying his luck in the four-year-old series, Rattan was reinvented as a sprinter 12 months ago, winning the Group Two Sprint Cup before running second in the Group One Chairman’s Sprint Prize.

The gelding hasn’t quite fired this term – although he ran well when fourth in November’s Jockey Club Sprint – and when forced to choose between the Centenary Sprint Cup and the Stewards’ Cup, Gibson picked the latter, despite the fact his last run over 1,600m came in November 2018.

“We’ve chosen the mile because I thought it was maybe an easier division than the sprint,” he said.

The Centenary Sprint Cup boasts a much more even/competitive bunch than the Stewards’ Cup, but with just seven runners after Premiere’s withdrawal on Thursday morning, it’s hardly intimidating.

The contest lost some lustre with Aethero’s untimely fever ruling him out, while other injuries (Little Giant, who is the eighth highest-rated horse in Hong Kong at the moment), form (Regency Legend and Seasons Bloom) and retirements (Ivictory and Pingwu Spark) further reduced the depth.

There is no doubt the quality of the sprint field – which features Beat The Clock, Mr Stunning, Hot King Prawn and Full Of Beauty – is better than the one assembled for the Stewards’ Cup, but the reality is that having just seven horses competing in each of Sunday’s two HK$10 million features is disappointing for fans.

These things go in waves and there is probably no quick fix – everyone wants good horses – but it is also a stark reminder that there aren’t that many equine stars at the very top level in Hong Kong racing right now.