The Irish import grabs his maiden Group One victory in the Stewards’ Cup at Sha Tin on Sunday, narrowly edging out the two-time Horse of the Year 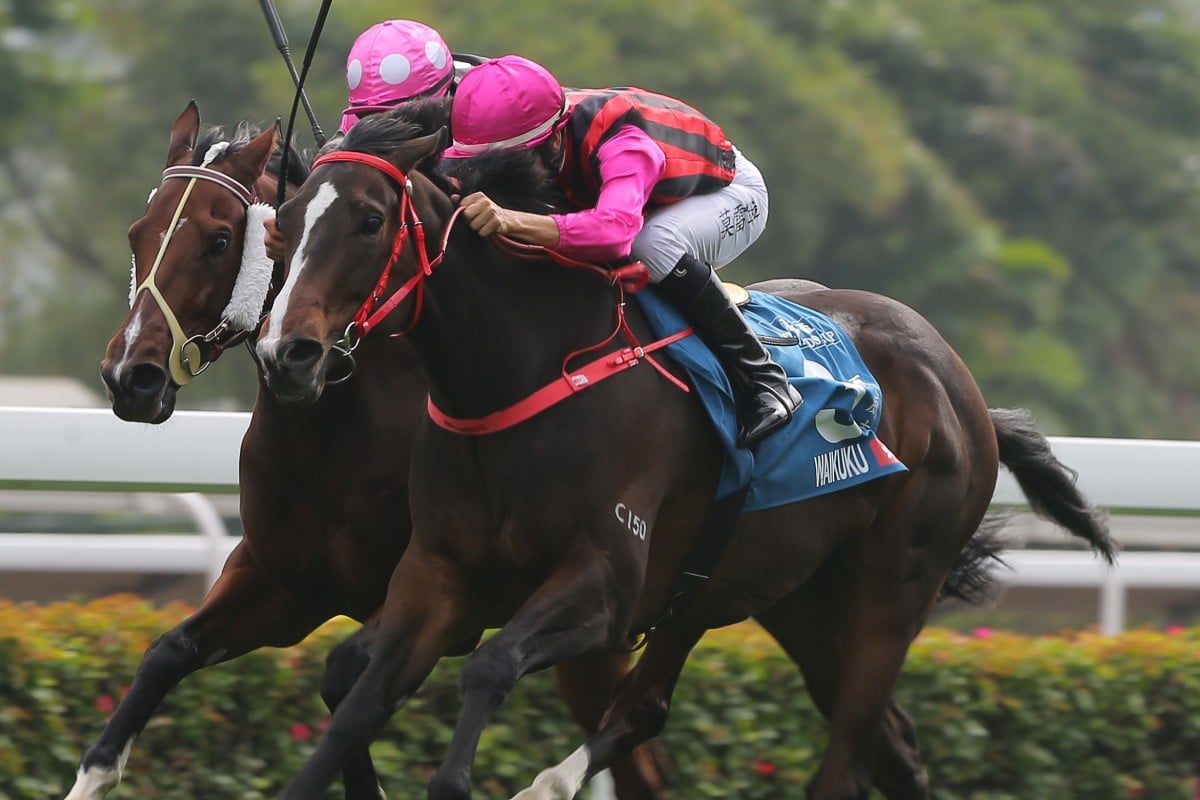 Waikuku (outside) gets the better of Beauty Generation at Sha Tin. Photos: Kenneth Chan

Waikuku has delivered on his Group One potential, taking out the Stewards’ Cup (1,600m) at Sha Tin on Sunday.

In doing so, the John Size-trained galloper announced himself at the jurisdiction’s top miler, narrowly beating home reigning champion Beauty Generation for the fourth time this season.

While he may no longer be the superstar he once was, Beauty Generation’s trainer John Moore said he saw enough in his ageing warrior to roll the dice on a trip to Dubai in March for an assault on the Group One Dubai Turf (1,800m). 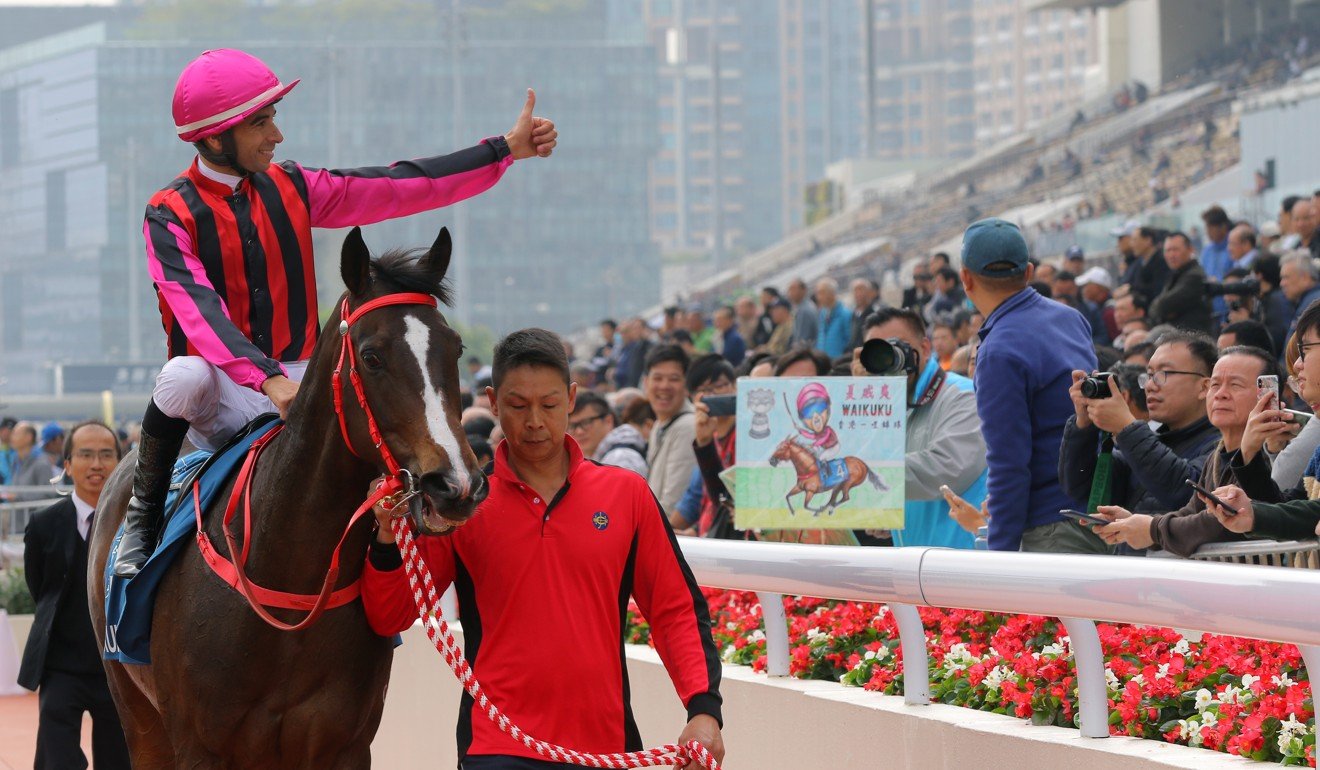 With Beauty Generation rolling along in front and Waikuku last, jockey Joao Moreira had it all to do, but he put the writing on the wall at the top of the straight when he began to eat into the sizeable margin.

The two broke clear of the rest of the field but Waikuku prevailed by a neck with a further four-and-a-quarter lengths back to Ka Ying Star in third.

“Of course I did [get worried] but at the same time I was always aware that I could not turn for home too far away, I had it in the back of my mind,” Moreira said.

“Just before turning for home I angled him out and I didn’t hesitate to make a long run to make sure I didn’t go past the 300m too far back.

“Fortunately we had enough time to catch him up, he [Beauty Generation] wasn’t giving up but Waikuku is such a nice horse, he always gives his best.”

The victory was the first of a Group One double for Size and Moreira on the day.

Waikuku’s victory was amplified by the fact that he was the only horse to make ground in the race.

“Well [Beauty Generation] can do that, he seemed to run very good today, he raced particularly well, Zac [Purton] seemed to rate him perfectly so he was hard to get past,” Size said.

“When we straightened up and started to make ground on him, I thought we might get there on the line.”

After being beaten as an odds-on favourite in last season’s Hong Kong Derby (2,000m), Size said he would not step Waikuku up in distance, opting to stay at the mile.

“I think the 2,000m might be too tough for him and he is winning at a mile so I can’t see any reason to change,” he said.

Size indicated there were no trips overseas immediately on the horizon for Waikuku, instead saving him for April’s Group One Champion’s Mile.

“I would have to speak to the owners about [travelling], whether or not they are interested, I am not sure but we will see if the horse is healthy and well first,” he said. 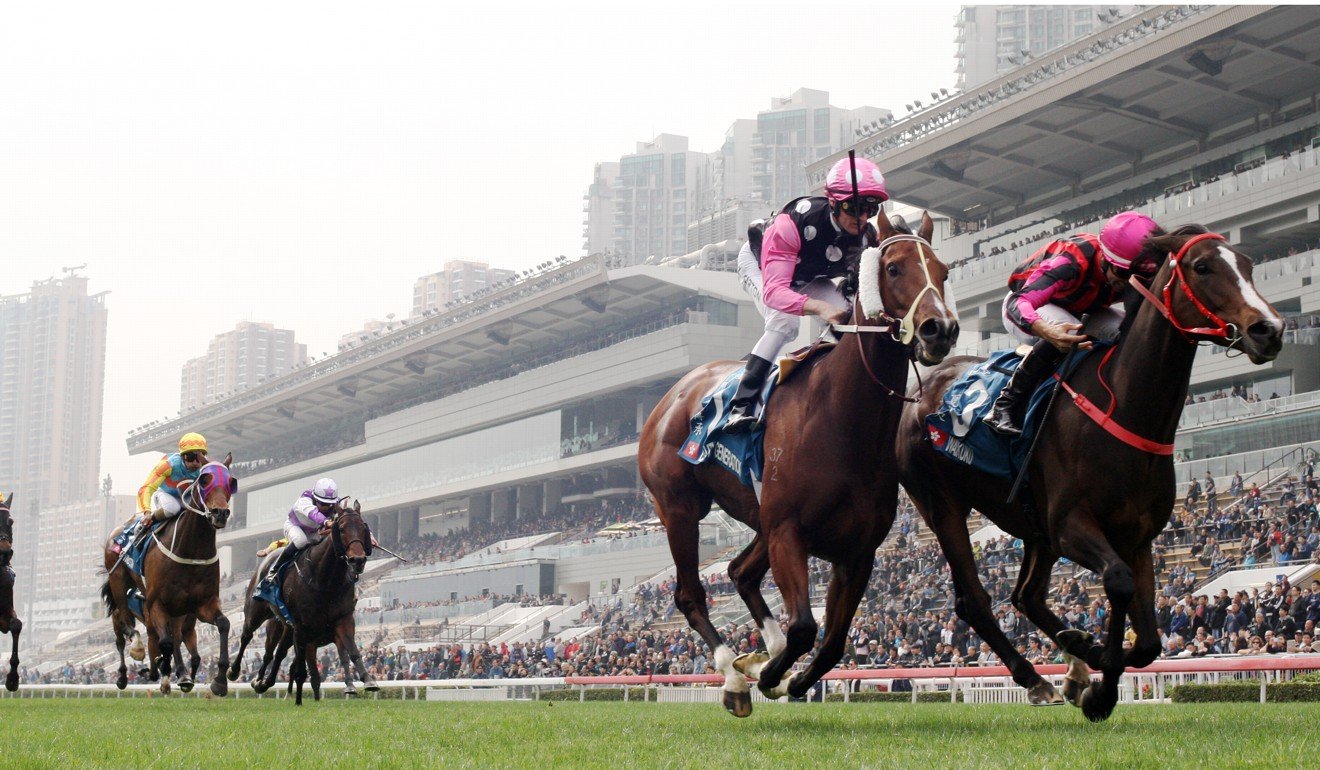 “I don’t think he will run again, I might give him a little break now and then aim for the [Champion’s Mile].”

Moore, however, will be locked in discussions with the Kwok family, who own Beauty Generation, as he attempts to take what he describes as the best horse he has ever trained overseas.

The handler, who is being forced into retirement by the Jockey Club at the end of the season, is desperate to take the seven-year-old overseas for a final hurrah.

“I think he’s the right horse to take to Dubai, that would be the main target now if we can convince the Kwok family to take him,” he said.

“I know they wanted to take him to 1,400m and I said no. I said [he should run in] this race, if we could turn him around and put a bit of rejuvenation into him, which we did.” 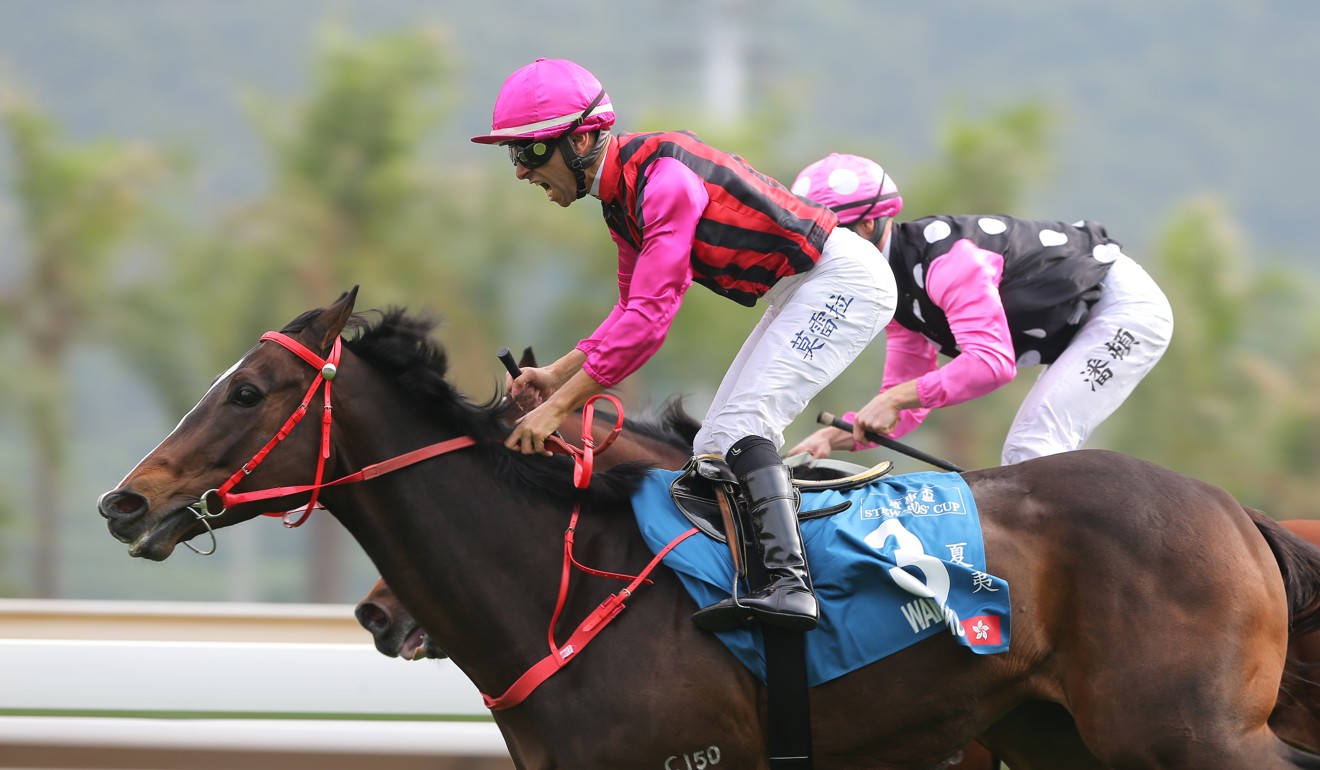 Moore has entered Beauty Generation for the Group One Dubai Turf, which he was slated to run in last season before opting against it.

“The [1,800m] would be absolutely perfect, put him on the other leg, I think it would rejuvenate him,” he said.

“Not running into [Waikuku] in Dubai, I think the trip would be the best way forward.”

The Dubai World Cup night is held on March 28. 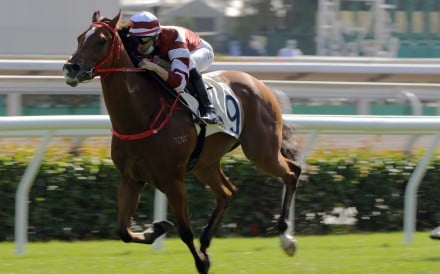 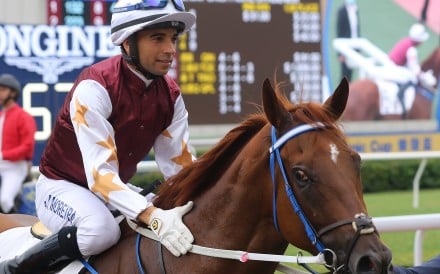 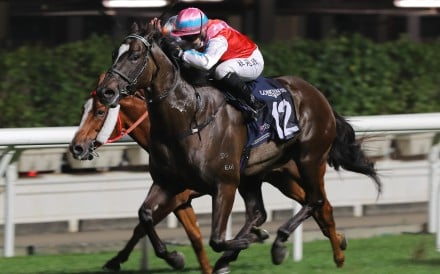