Hong Kong’s premier stayer Exultant has tuned up for his defence of the Hong Kong Gold Cup (2,000m) and an international assault on the Dubai Sheema Classic (2,400m) with a dominant win at Sha Tin on Monday.

While his trainer Tony Cruz warned that his star galloper may not have beaten strong opposition in the Group Three Centenary Vase (1,800m), he lauded the horse’s toughness after he carried the proverbial grandstand with 133 pounds on his back.

Exultant showed his usual grit under jockey Zac Purton to put his rivals to the sword despite carrying 13 pounds more than any horse in the race. 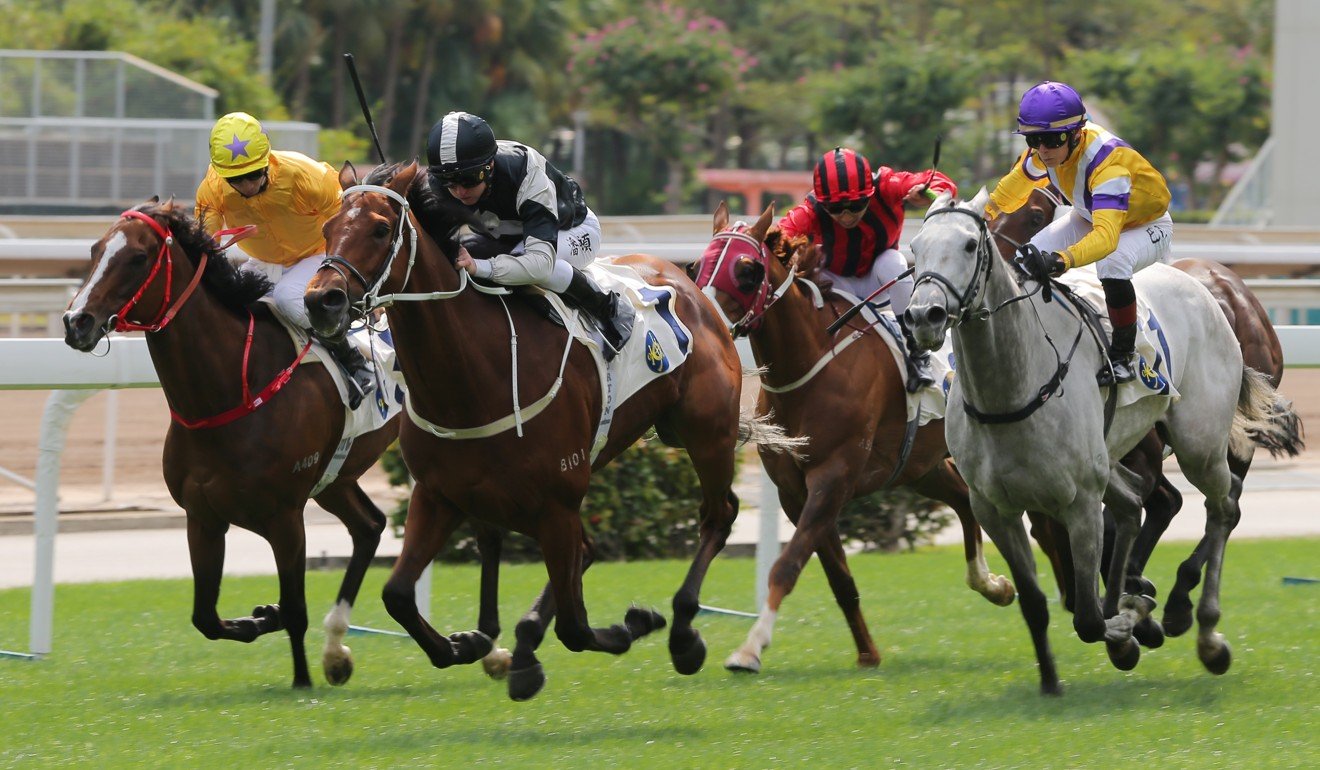 Many questioned the six-year-old’s ability to carry the big weight over an unsuitable distance, but not Cruz.

“There was no opposition today, I honestly thought [stablemate] Time Warp would be the only danger [but he was scratched],” he said.

“I was expecting him to win today. Obviously it has all gone to plan … he did what we expected.”

With the Group One Hong Kong Gold Cup falling on February 16, Cruz said he was likely to make the trip to Dubai for World Cup night on March 28 to fill a void in the schedule with a big gap between the Gold Cup and the QE II Cup (2,000m) on April 26.

“We go on now with the same programme as last season, his next race will be the Hong Kong Gold Cup and then we decide whether we go to Dubai,” he said.

“I am expecting to go, last year there was over two-and-a-half months of no racing, that is too long for him. These horses aren’t getting any younger so we have to make the move.”

Purton said it was Exultant’s toughness that got him through the race after warning he was not at his brilliant best going into the meeting.

“After the season he has had so far, when I wanted him to bring me into the race, he wasn’t able to do it,” he said.

“I really had to get up him to get his momentum going while carrying the big weight, it was just a good, tough effort.” Exultant was one of three wins on the day for Cruz, who kicked off the Year of the Rat with wins from God Of Dragon and Sunshine Warrior.

“It is a big day, it has always been a big day of racing on the calendar, Chinese New Year to me means a lot, I am so happy to have some winners on the day,” he said.

After having his dual Group One winner Time Warp scratched from the race on Sunday, Cruz said he expected his veteran galloper to return to racing soon.

“Time Warp has a skin infection, it’s no big deal, I don’t know how he got it. It’s nothing to do with his joints or anything, he is a very sound horse,” he said.

Tony Cruz
Cruz ready to lay it all on the line in title fight: ‘I’ll need at least three winners’