Kwok’s Beauty Generation lifts spirits as Hong Kong battles: ‘it means a lot to our family’ 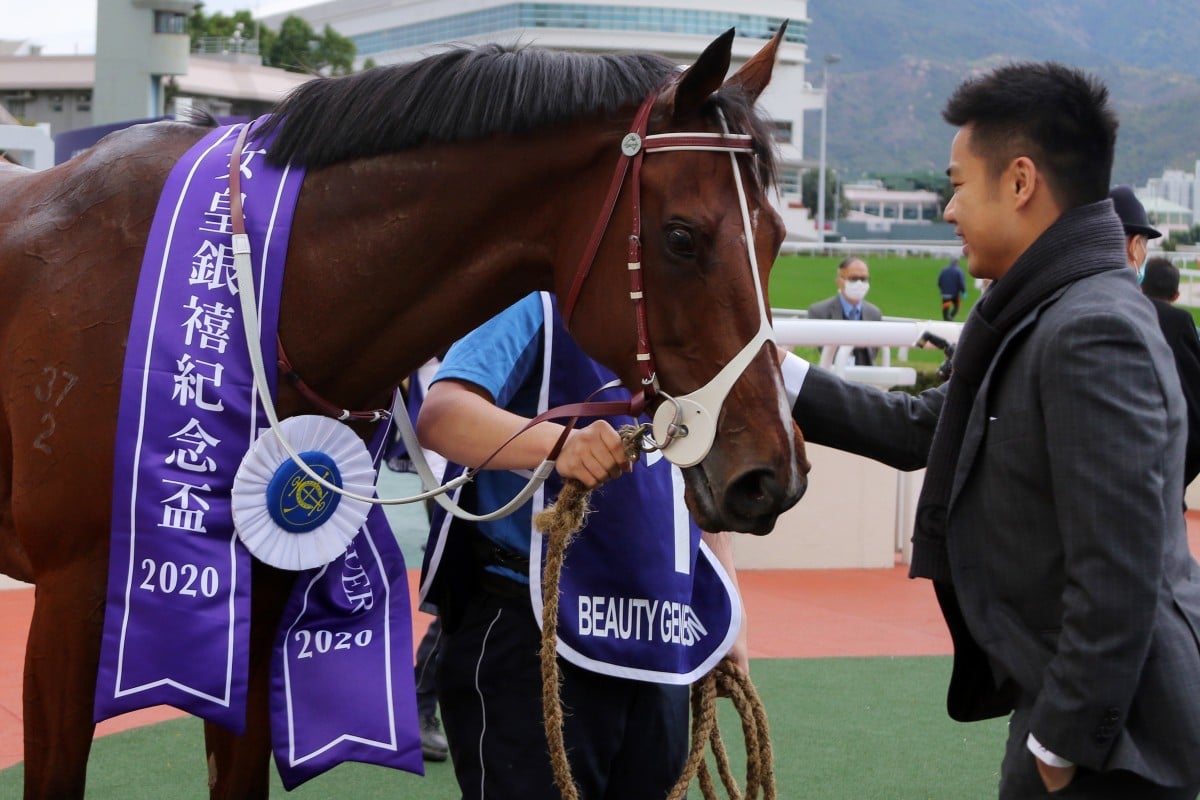 Prominent owner Patrick Kwok Ho-chuen admits he began to doubt whether his superstar galloper Beauty Generation would ever win again after the gelding went off the boil earlier this season.

The relief was clear for all to see on Sunday when the two-time Horse of the Year fired once more to take out the Group One Queen’s Silver Jubilee Cup at Sha Tin, landing his first major title for the season.

“Just unbelievable, what a moment. To watch him come back like that, it is very touching and it is good to see for the sport,” Kwok said. 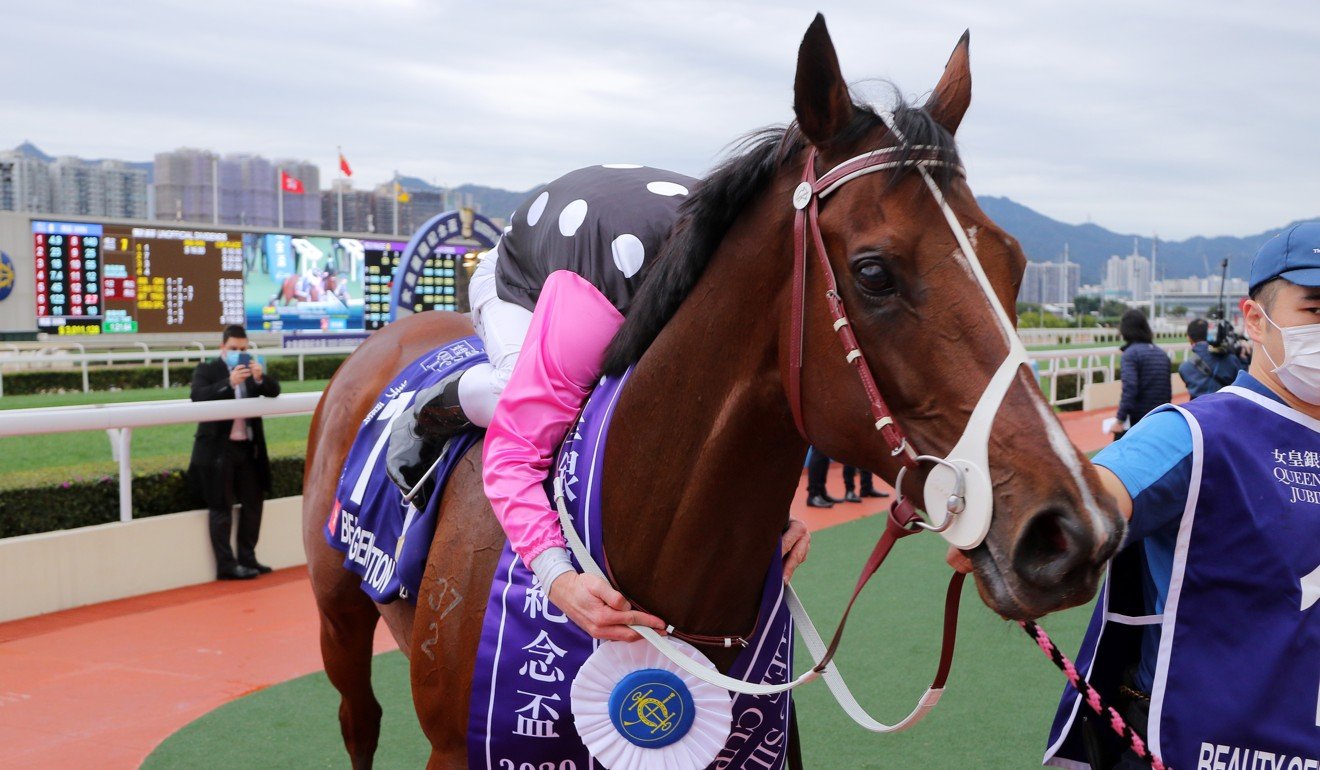 “It is an adventure with him, up and down, never giving up. What a horse.”

Kwok said the victory delivered hope to his family at a much needed time after their Sa Sa cosmetics empire suffered a 78 per cent crash in sales over Lunar New Year as a result of the coronavirus.

“It means a lot to our family in what is a tough time for us, with the retail business and everything the way it is at the moment,” Kwok said.

“The money [from winning] is nothing compared to the feeling.”

Such has been the downturn in business, Sa Sa has been forced to close 21 stores in Hong Kong and Macau recently. With trainer John Moore publicly barracking for a trip to Dubai for Beauty Generation to tackle the Group One Dubai Turf (1,800m), Kwok said he was open to the idea, also revealing season 2019-20 was likely to be the eight-time Group One winner’s last.

With Zac Purton having piloted Beauty Generation to seven Group One wins, Kwok said they would consult the jockey before making a decision.

“Dubai is obviously 1,800m so we will talk to Zac and see how we feel about it. I think there is a better than 80 per cent chance that this is going to be his last season so we may as well try and have a look [at Dubai], let’s see how he goes.” 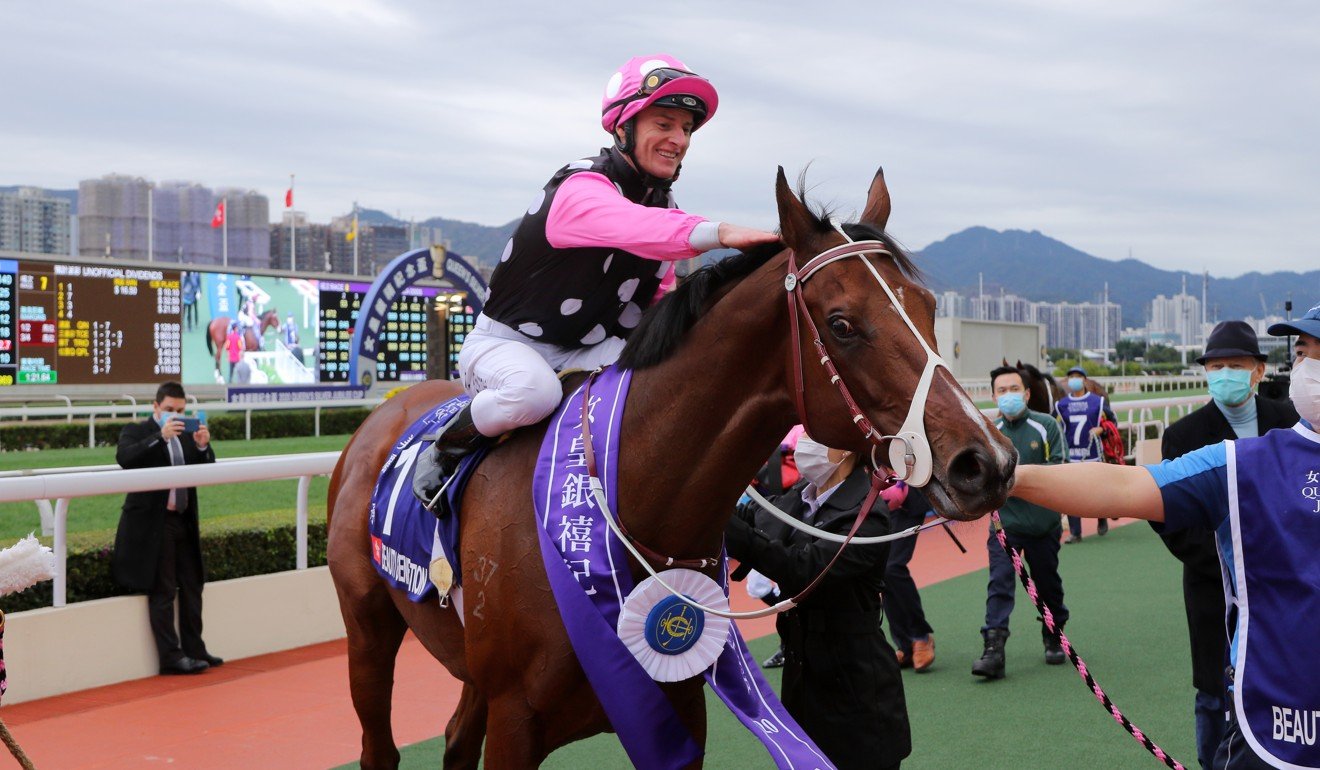 After reeling off 10 consecutive wins, Kwok said losing was hard to swallow after Beauty Generation was headed by Rise High in the Group Two Sha Tin Trophy (1,600m) after going around at $1.30.

“The first and second time he got beaten, it was very tough to take, to watch him go down like that,” he said.

“We were worried, we didn’t know if he would win again but this is so good. He is not like last year but his fighting spirit is never going to leave him, it is just his body that has left a little bit.”

The Dubai Turf is set to be run on World Cup night on March 28 at Meydan racecourse.

Collecting HK$5.7 million for winning on Sunday, Beauty Generation took his career earnings to HK$98 million, putting him on the cusp of becoming the first horse to ever break through the $100 million mark.