Winning the BMW Hong Kong Derby has long been the dream for Francis Lui Kin-wai and it became a reality in stunning fashion at Sha Tin on Sunday, with Golden Sixty producing a barnstorming finish to snatch a historic victory.

Known for his electric turn of foot, Golden Sixty had to dig deeper than ever to reel in tearaway leader Playa Del Puente in the final strides after entering the home straight near the back of the field.

“There was excitement and panic,” Lui said when asked what was going through his mind at the top of the straight. “I was worried, but I could see Golden Sixty was trying very hard.”

The win capped a four-year-old series sweep for Golden Sixty – only the second ever after Rapper Dragon’s effort in 2017 – and marked 61-year-old Lui’s biggest career moment.

“I’m very happy, I have to say thank you to my stable team and everybody who has supported me,” the unassuming trainer said.

Lui, whose only Group One win came thanks to Lucky Bubbles in the 2017 Chairman’s Sprint Prize, was quick to acknowledge the pressures he has felt training such an exceptional galloper.

“It’s not easy when you have this kind of good horse,” he said.

It was a brilliant ride from Blake Shinn aboard $290 chance Playa Del Puente that nearly put an end to the fairy tale, with the Australian’s audacious mid-race move almost paying the ultimate dividend. 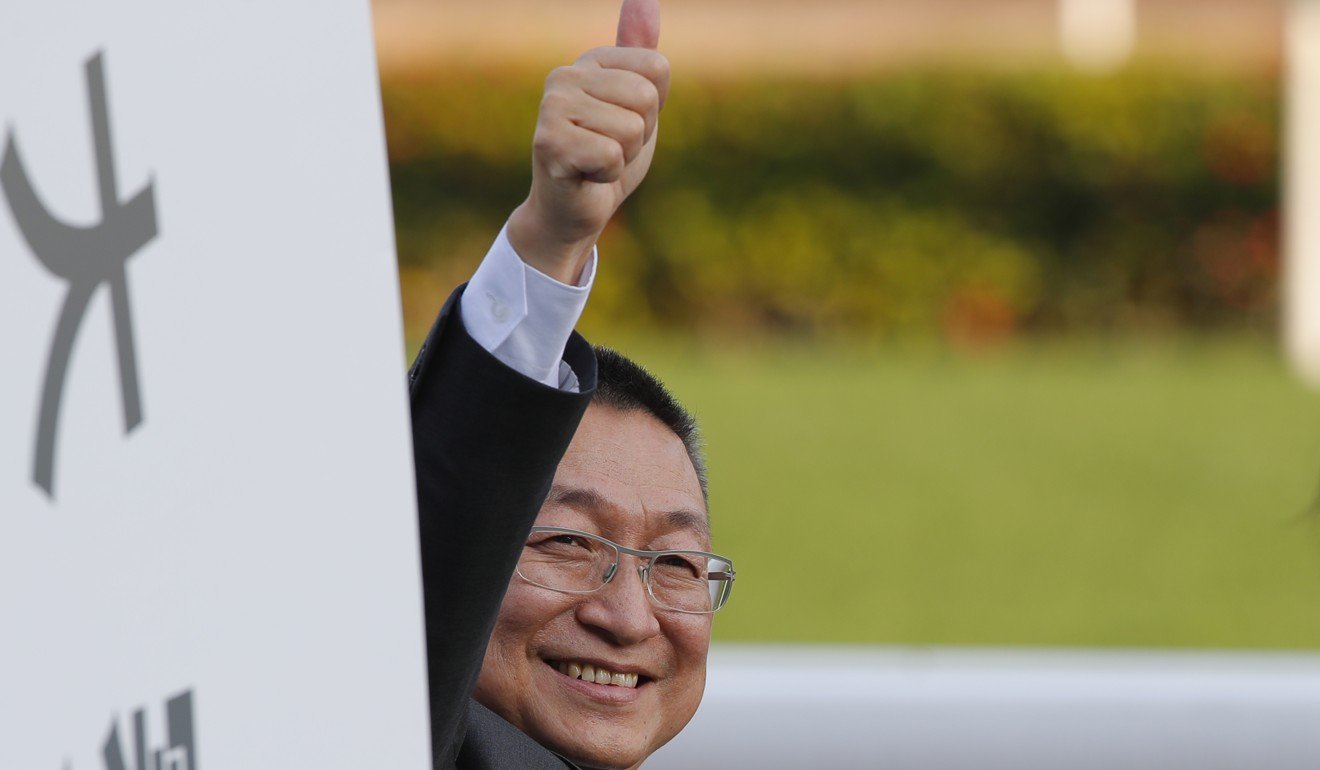 Shinn took the bull by the horns after the pace slowed down the back straight, taking off from the tail of the field with 900m to run and hitting the front a furlong later.

Playa Del Puente still held a four-length length lead with 300m to run and fought tooth and nail to the post, with only the brilliance of Golden Sixty and his pilot Vincent Ho Chak-yiu bringing undone Shinn’s superb ride.

“He knows this horse very well,” Lui said of Ho. “I could see round the bend they slowed down the pace, that’s why the other horse went to the front.”

Golden Sixty’s stablemate More Than This was three lengths back in third, with prominent owner Huang Kai-wen boasting both second and third in the prestigious race. Savvy Nine ran on into fourth at $261 for John Moore in his final Derby before being forced into retirement and Frankie Lor Fu-chuen’s Reliable Team was fifth at $267, while third favourite Champion’s Way went forward before fading to finish 11th.

Lui will turn his immediate attention to next month’s FWD Champions Day with Golden Sixty but said he is more than willing to be patient if his stable star has nothing left in the tank.

“At the moment I have entered the Group One [Champions Mile] and [the QE II Cup (2,000m)], but it all depends on how he recovers after this race,” he said. “Of course, we have next season’s Group races and international races.”