Chief executive Winfried Engelbrecht-Bresges is adamant the new social-distancing rules will be enforced, as intended, at the races 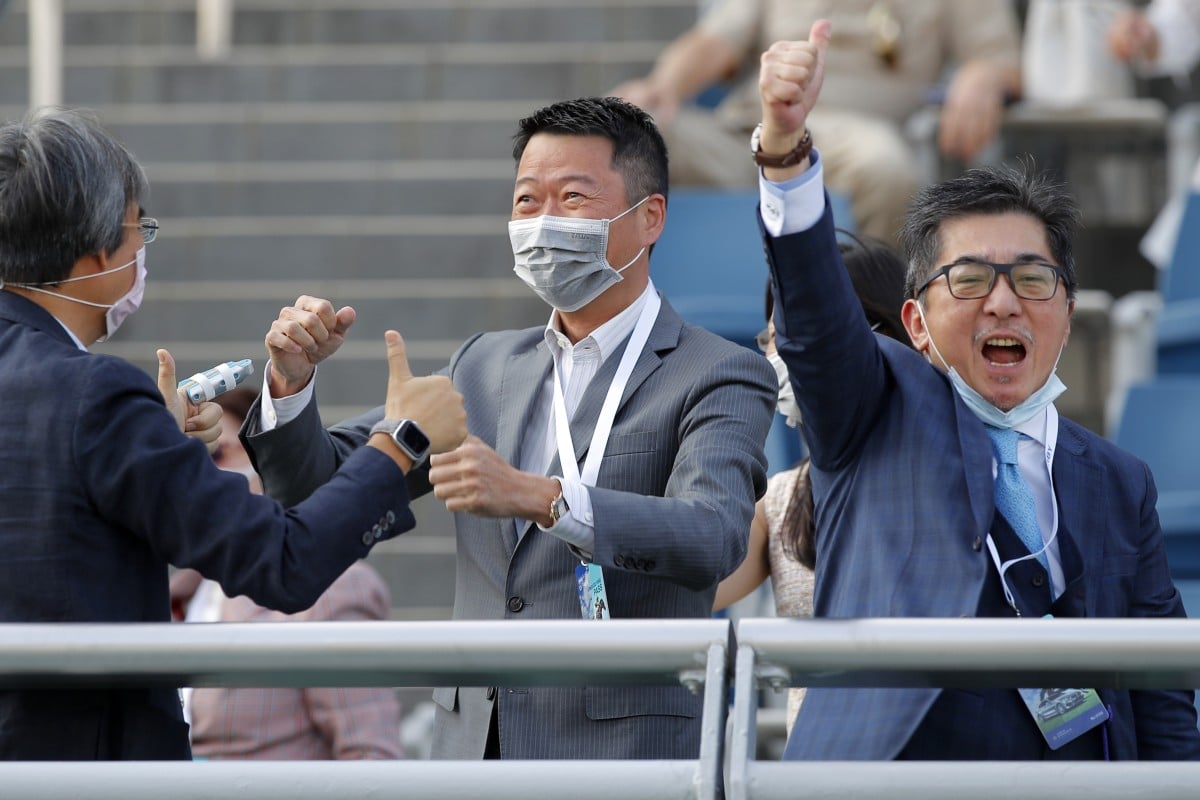 After a full lockout kept them away from Sha Tin on Sunday, Hong Kong’s racehorse owners have been granted a reprieve with the government giving the Jockey Club permission to allow them on course again.

Jockey Club executives were hard at work on Saturday trying to see what was possible after Chief Executive Carrie Lam Cheng Yuet-ngor introduced tough new social-distancing measures to help curb the spike of Covid-19 infections in the city.

Under their first interpretation of the rules, they decided only those working – stable staff, licensed persons and media – would be allowed in, thus banning owners from being there on Sunday. 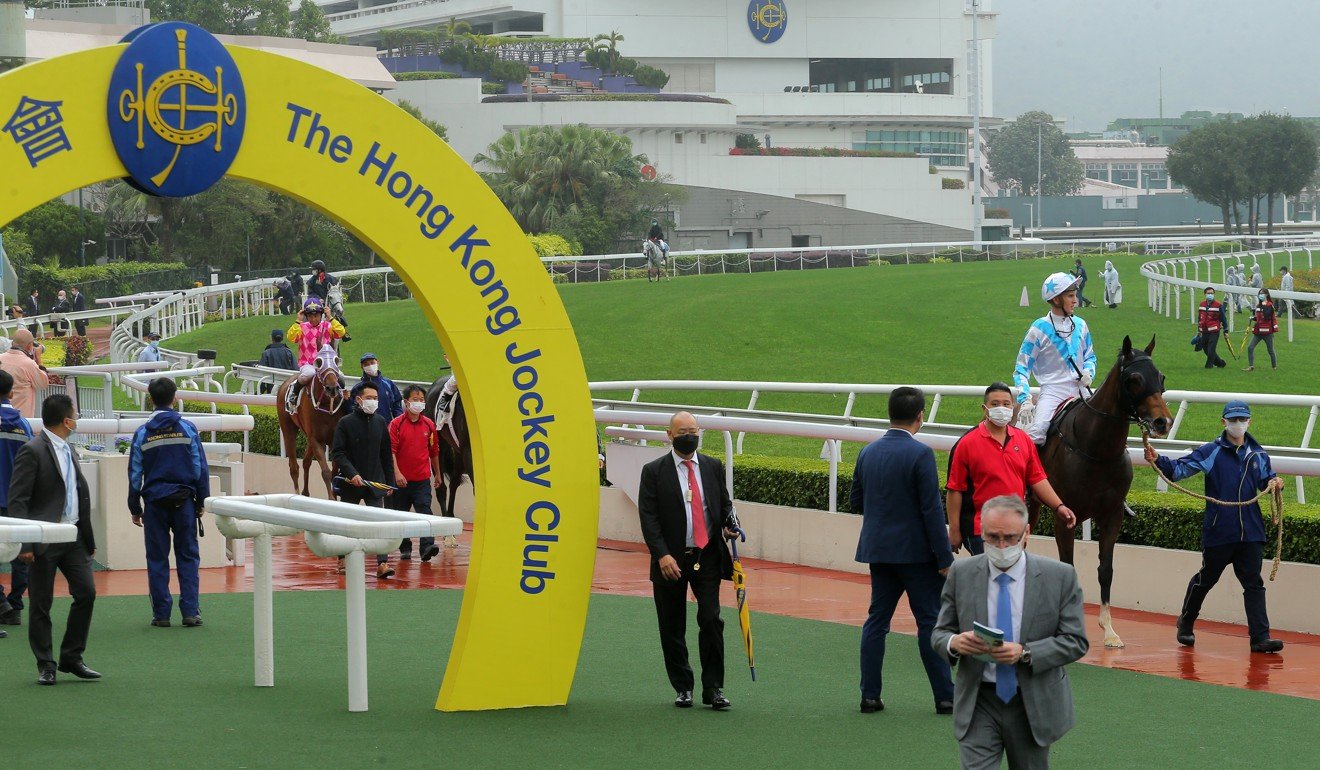 The new rules, which are in place for at least two weeks, dictate that people are no longer allowed to assemble in groups of more than four and it is something that will be enforced at all race meetings, particularly after the Jockey Club went into bat for its owners.

“We received an exemption [on Sunday morning] under which, not only are we a workplace, but we could also permit – under certain very stringent conditions – owners,” Jockey Club chief executive Winfried Engelbrecht-Bresges said.

“We have to keep all the social distancing measures. We can only have four people on a table and ensure there is a significant distance between the tables. We will decide later what specific operating mode we will do because it is a very challenging time and it needs significant measures to break the chain of these significant infections. That’s why we feel we have to support this initiative of the government. 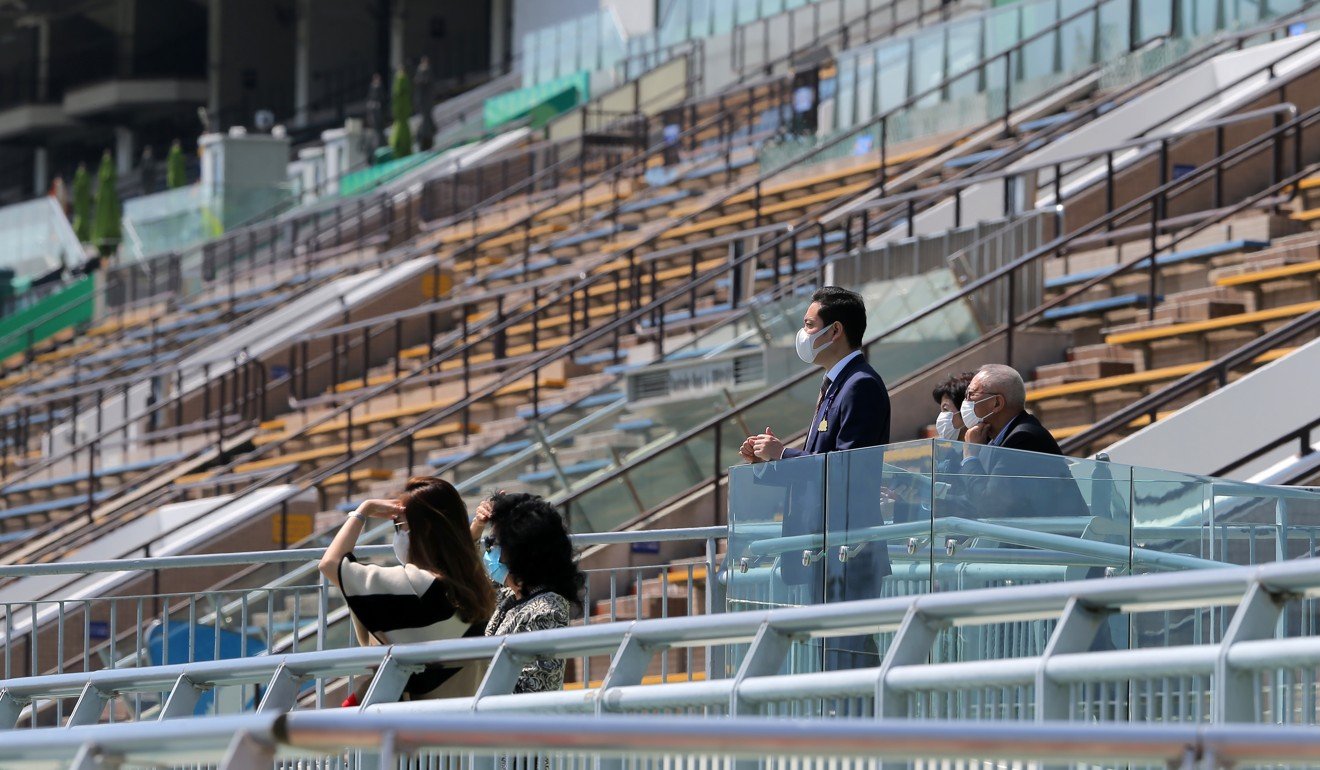 “One owner can go to the parade ring and talk to the trainer and jockey and listen to the instructions, we will announce the details later, but in principle we have the permission and endorsement to have race meetings going forward and we will do this under the measures and principles of social distancing.

“I would really like to thank the government for their support to for helping us iron out all the specifics on Saturday.”

There is one hit that owners will have to cop on the chin though, the fact that winning photos have been scrapped for as long as these rules are in place.

The trainers were brought into a meeting before the opening race, explaining exactly how the social-distancing regulations were going to be enforced.

The Jockey Club has already sectioned off spots for the connections of each horse – by number – in the mounting yard to ensure the conditions are abided by.

While betting turnover has taken a significant hit since the start of the coronavirus, it bounced back on Sunday to HK$1.372 billion, down just HK$109 million on last year’s corresponding fixture. Of that amount, HK$135 million went to the government. 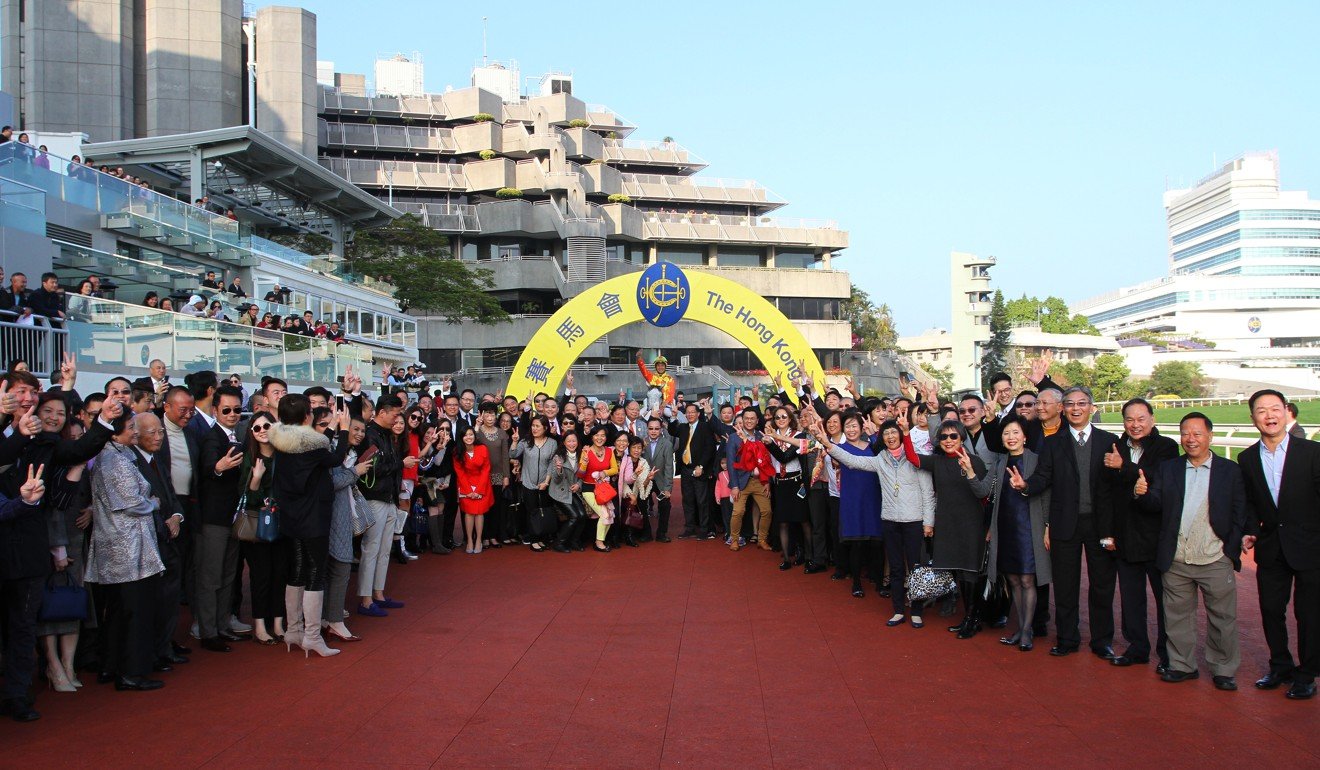 “A decrease of just seven or eight per cent under these kind of circumstances, that was phenomenal,” Engelbrecht-Bresges said. “We will be very mindful the welfare of people comes first, but by continuing racing, we can keep making contributions to the community.”

Meanwhile, the chief executive is adamant that the Jockey Club will not follow in the footsteps of other jurisdictions and reduce prize money in these difficult times.

“We are very optimistic we can continue with the same level of commitment to world-class racing, including prize money,” he said.

Manfred Man on a run

Manfred Man Ka-leung continued his consistent season at Sha Tin on Sunday, snaring his fourth double of the term on the back of victories to Care Free Prince and War Of Courage.

Man’s first success came thanks to a smart front-running ride from apprentice Victor Wong Chun, with Care Free Prince leading all the way to take out the first section of the Class Four So Uk Handicap (1,400m). 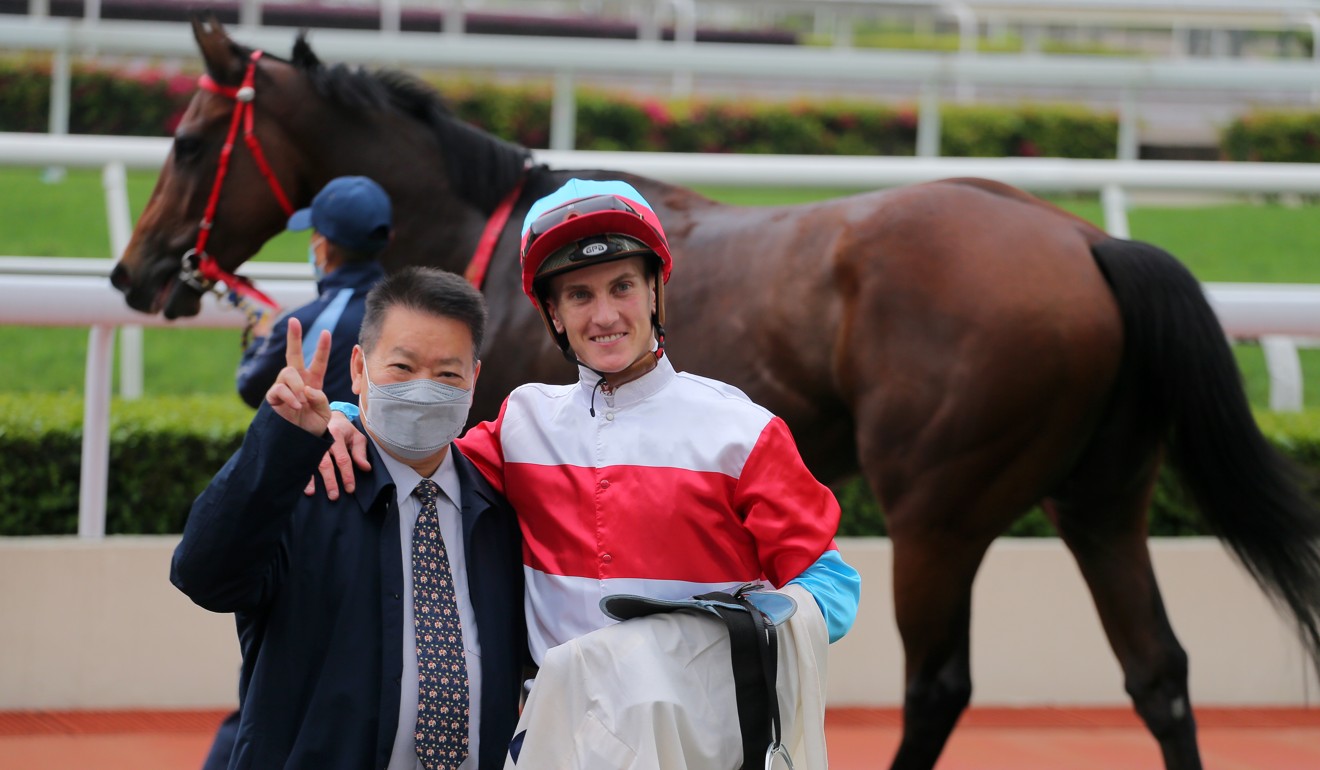 The promising War Of Courage made it two wins from five starts in the Class Three Cheung Sha Wan Handicap (1,000m), with the three-year-old son of Declaration Of War yet to miss a place in his career.

Chad Schofield sat just off leader Heart Conquered aboard the $2.55 favourite before taking the ascendancy 300m from home and just holding off the fast-finishing Valiant Dream under Blake Shinn.

It was the Australian jockey’s 37th placing for the season to go with just nine winners, while Man also finished runner-up in the Class Three Lai Kok Handicap (1,200m) with Handsome Bo Bo.

Jockey Club officials are resigned to the likelihood there will be no visitors for next month’s FWD Champions Day as the coronavirus pandemic halts travel around the globe, but they haven’t completely given up hope.

There are 52 international entries across the three Group Ones – the QE II Cup, the Champions Mile and Chairman’s Sprint Prize – from Japan, Australia, Britain and France, while there are 50 nominations from Hong Kong-based gallopers.

Among the internationals holding tickets are Almond Eye, Barney Roy, Indy Champ and Pierata, while Japan’s Win Bright captured the QE II Cup last year and connections were hopeful of defending their title. 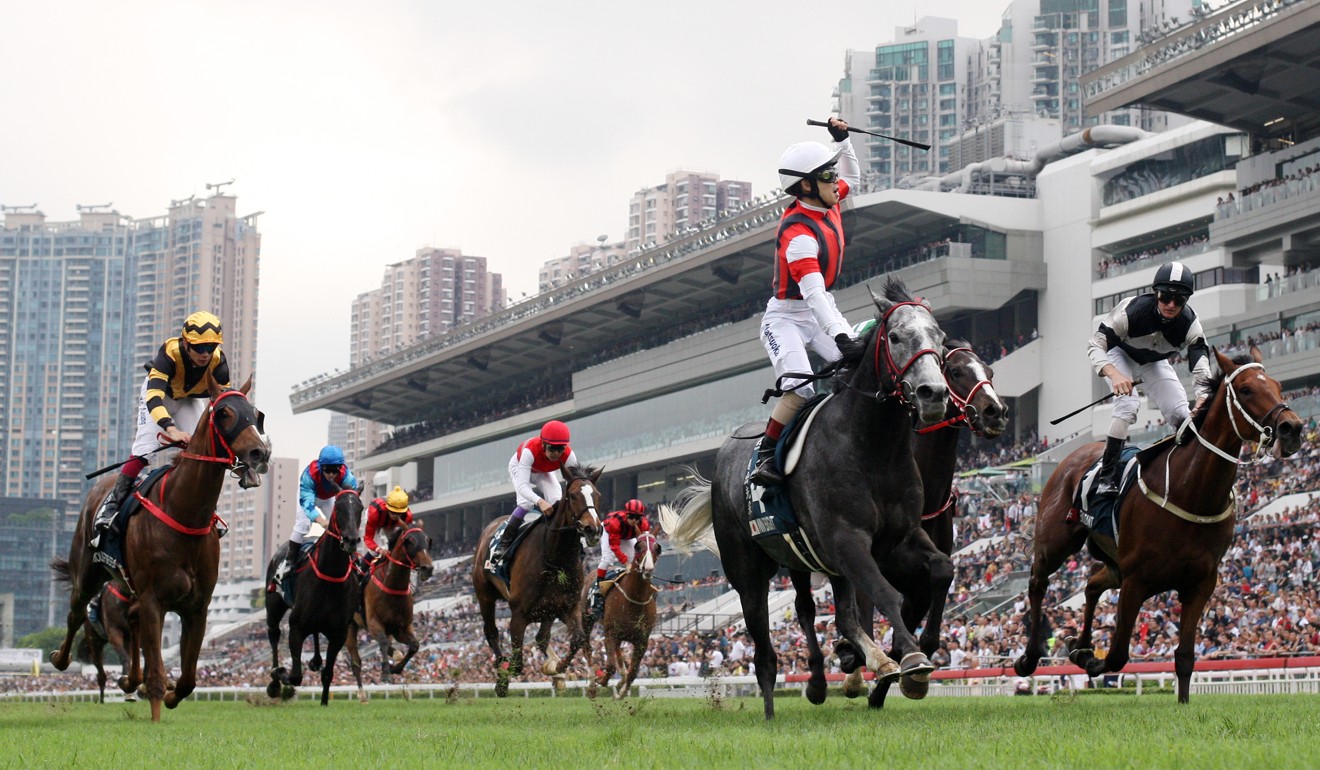 As things stand, the ban on visitors to Hong Kong will end on April 8 so in theory grooms could arrive at that point, spend 14 days in quarantine before being cleared to help prepare any international horses for the meeting on Sunday, April 26.

But in reality, that is probably a stretch – it’s not as if there is a surplus of flight options available either – so circumstances look set to restrict the races to Hong Kong-only affairs.

“The principle of those races is that they’re open and we will keep them open. Everyone knows the current restrictions in place,” Engelbrecht-Bresges said. “Theoretically, you can still come, but it would mean that you would have to send your grooms two weeks earlier, so they go to quarantine. You would have to accept that you won’t have overseas jockeys coming in and you likely have to accept that an owner or a trainer cannot come in. 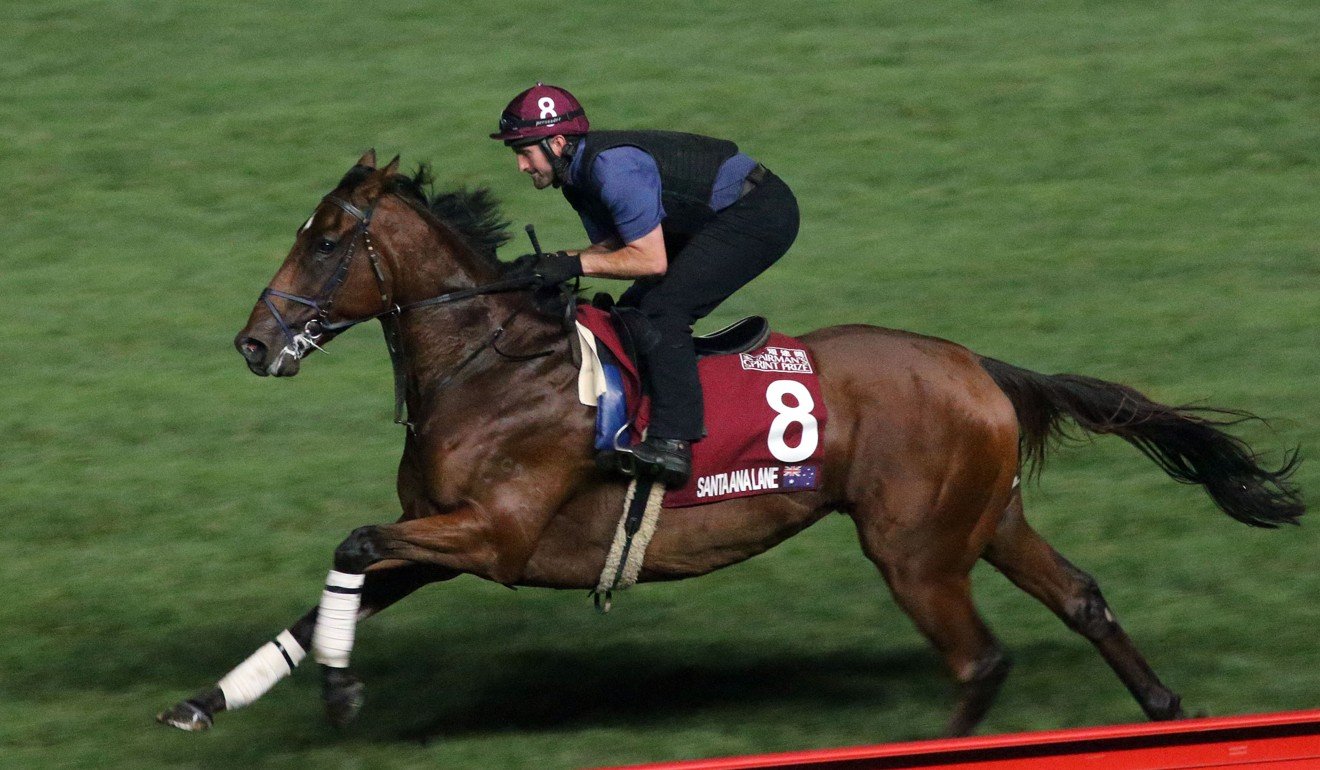 “So it’s up to the owners and trainers to decide to bring their horses or not. I heard that some owners were very disappointed that they sent their horses to Dubai instead of Hong Kong, but that is the decision they made.

“How many will do it? We’ll see. It is still theoretically an option. The likelihood of it? I am more guarded.”

The Inside Word
Back on track: public seats at Sha Tin sell out in less than seven minutes