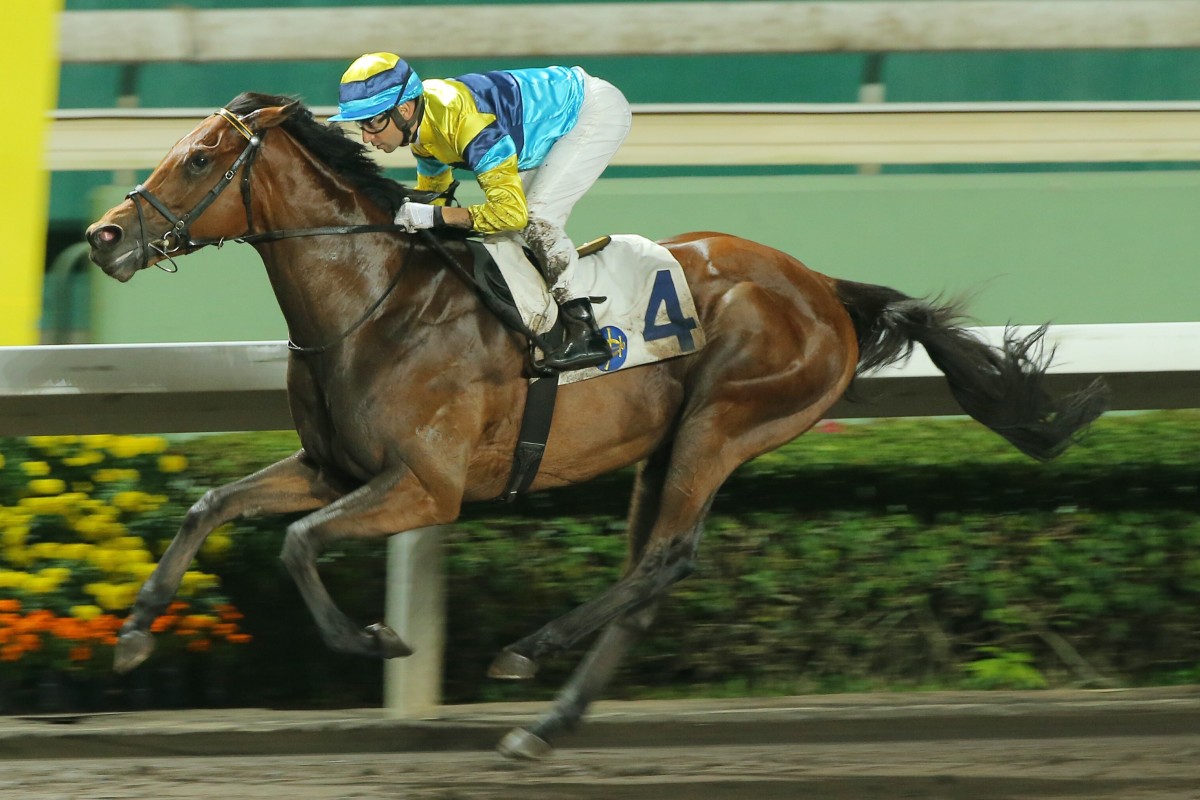 Michael Chang Chun-wai says the handicapper has forced his hand with the in-form Righteous Doctrine ahead of the five-year-old’s Happy Valley debut in the Class Two Cedar Handicap (1,800m) on Wednesday night.

The French import has won two in a row over 1,800m on the Sha Tin all-weather track but will step into unchartered territory at the city circuit after being hit with a nine-point ratings hike for his most recent win.

“The handicapper was not nice to me – he put him up nine pounds [to 81] so I have to run him in a Class Two,” Chang said ahead of Wednesday night’s race, which is the only 1,800m Class Two between now and May 17.

“Both times he won over 1,800m and I didn’t want to increase his distance or bring him back to a shorter distance, so I looked at the programme and there was an 1,800m at Happy Valley.

“I want to test him and see if he is good enough in Class Two. I’m sure he will be OK on the turf, no problem.”

Righteous Doctrine has failed to place in seven attempts on the turf since coming to Hong Kong but did win on the surface in France, as well as competing at Group One level at Longchamp on grass to go with two victories on the synthetic track at Deauville.

After gradually improving across 13 starts in 2019, the gelding has kicked into another gear in 2020, finishing second and a close sixth over the extended dirt mile before reeling off his two wins. 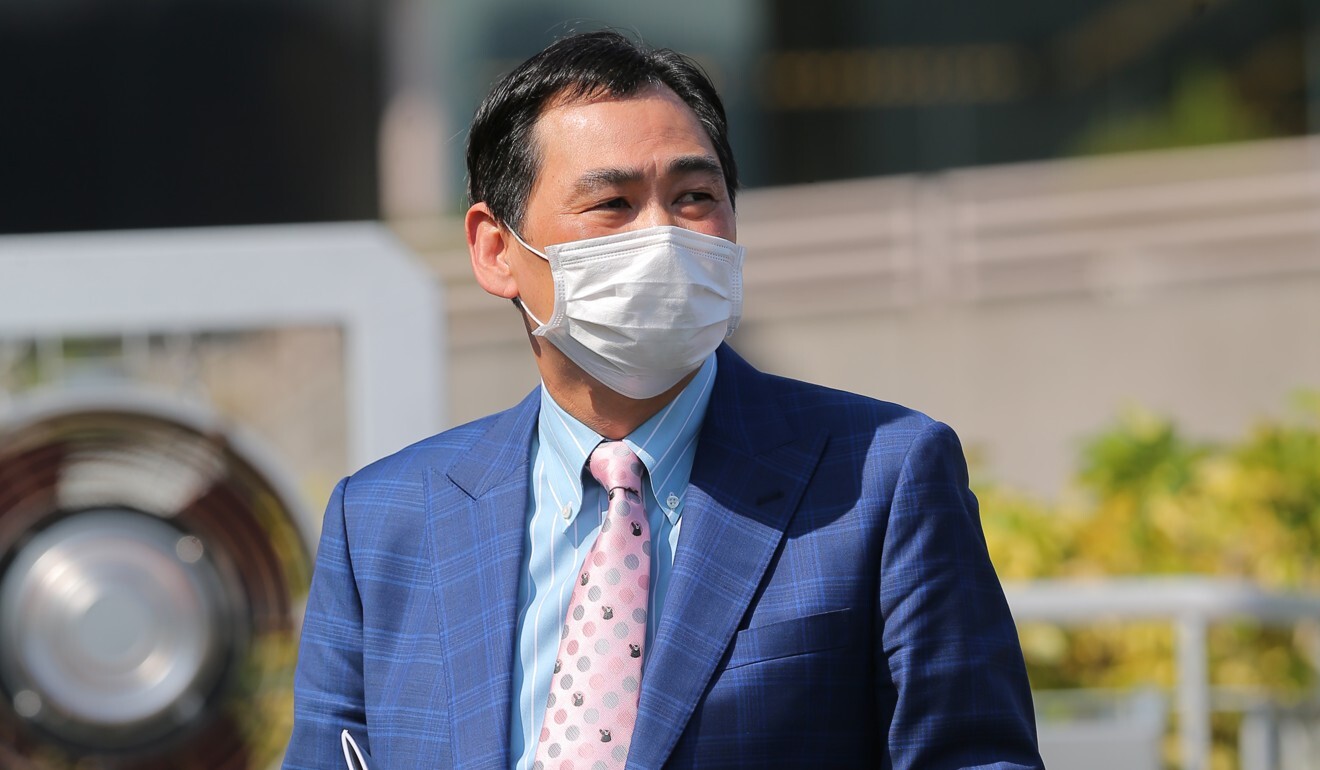 “When he came to Hong Kong I liked him very much, but he was still a colt and he would never concentrate and he was not an easy horse to train,” Chang said.

“He is a very typical European horse – they always take time and patience to adapt to the Hong Kong environment.

“This season he has improved a lot, I think he can still go up a little bit more in the ratings. In Class Two I think he will still be very competitive.”

Righteous Doctrine has drawn gate two on Wednesday night and will carry just 116 pounds under Matthew Poon Ming-fai in a race boasting the likes of Private Secretary, Reliable Team and Amazing Beats, who featured in the recent four-year-old series.

Joao Moreira weaves a passage through aboard Righteous Doctrine to secure a running treble. #HKracing pic.twitter.com/YiV05UIOaV

After saluting with President’s Choice at Sha Tin on Sunday, Chang has 11 winners for the term and is confident he is on track to meet the performance benchmark of 16 that a trainer requires to avoid getting a strike.

Another galloper who could add to his tally on Wednesday is Confucius Day, with the five-year-old knocking on the door of his maiden win with placings in four of his past five starts.

The gelding will be ridden by Victor Wong Chun in the Class Three Cypress Handicap (1,200m), with the apprentice’s five-pound claim ensuring the son of Ocean Park will carry just 108 pounds.

“He has run second five times in Class Four, that’s why I’m trying Class Three. He’s got no weight on his back and we’ll see how he goes,” Chang said of his 60-rated galloper.