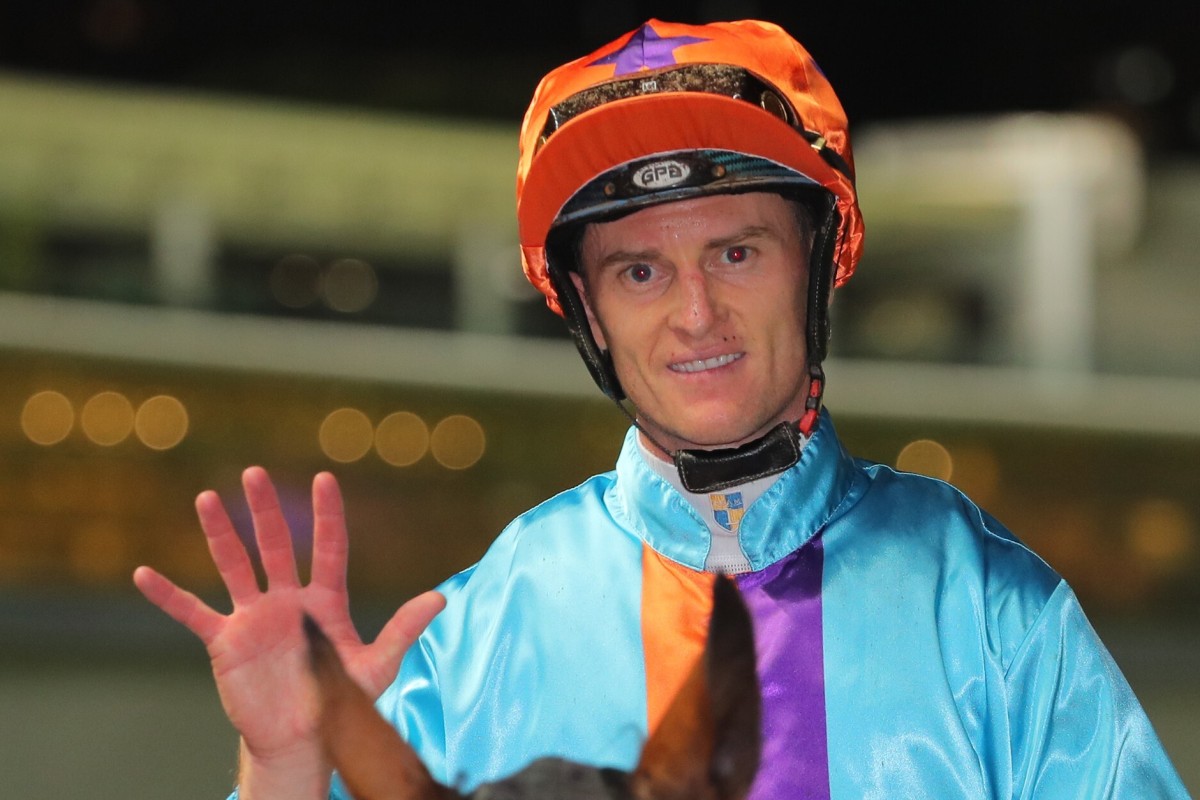 Zac Purton complained about a lack of support at trackwork on Tuesday morning, but no one was playing the violin for him on Wednesday night after he took the championship lead with a fantastic five-timer.

Even though the star Australian has been known to take a glass half-empty view on occasion, it raised a few eyebrows when he expressed frustration about the quality of his rides.

“The majority of the stables I ride for are ticking over and doing their job but none of them are really on fire,” Purton told the Jockey Club in the build-up to the card. “I really need a bit of a kick along – I need someone to give me a bit more support if I can get it, so I’m not entirely happy with the way the bookings are going.”

That seemed a bit of a stretch from the man who had ridden the favourite in 180 of the 631 races heading into the meeting. 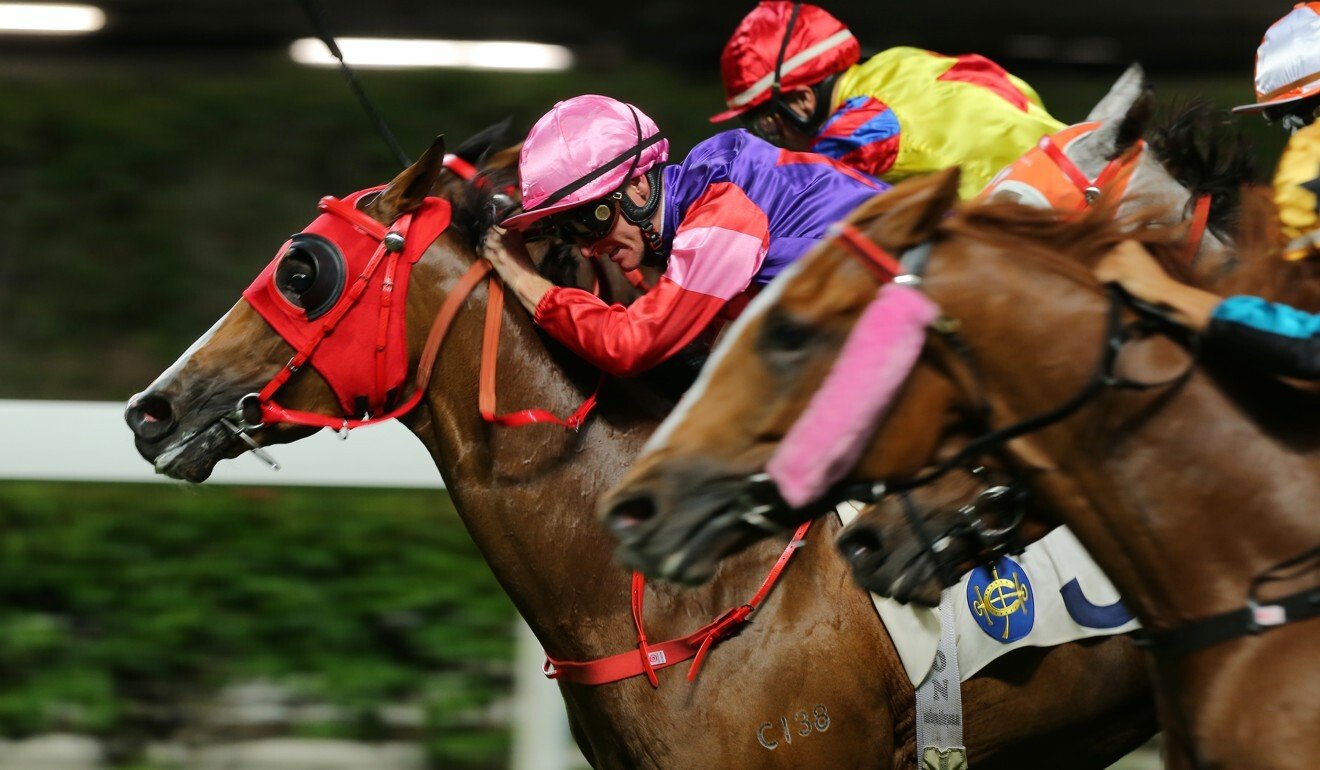 Sure, that trailed his rival Joao Moreira (209) slightly, but the difference can be explained by the fact the Magic Man can ride five pounds lighter.

For context Vincent Ho Chak-yiu (50) and Karis Teetan (48) were next in line with the now departed Grant van Niekerk after that with 24. Derek Leung Ka-chun has ridden 24 winners but been aboard just two favourites while Alex Lai Hoi-wing is one-for-one.

In any case, Purton certainly got the kick along he desired at Happy Valley.

The 37-year-old snared the first three winners on the card before finishing the night with five to move to 114 for the term while taking a four-victory lead over Moreira in the battle for the title.

Despite the outstanding night, Purton doubled down on his original statement afterwards.

“It’s hard to ride one winner in Hong Kong so five in one night is nice,” the three-time champion said.

“It is nice to get [some support] because it is just so hard – I can’t get on any of the horses I want to get on. It’s a bit frustrating.

“The main stables I ride for are ticking over, but I really need them to jump out of the blocks a bit for me. But it is what it is, I just have to deal with it and hope the wheel starts spinning for me.

“I walk out happy – it’s a good night – hopefully it sets the tone for what may lie ahead towards the end of the season.”

Hong Kong's champion jockey @zpurton caps a fantastic five-timer with victory in the Valley nightcap aboard the in-form Dances With Dragon. #HKracing pic.twitter.com/m6vJWZga41

All of those winners came for different trainers – Loriz for Ricky Yiu Poon-fai, Rich And Lucky for Peter Ho Leung, Bright Kid for Chris So Wai-yin, Reel Bizzy for Danny Shum Chap-shing and Dances With Dragon for Caspar Fownes.

The latter was probably the pick of his rides, pushing through a tight gap early in the straight to race away with the Class Two Camellia Handicap (1,650m) in style.

Loriz was also the first of a double for Yiu, who extended his lead in the trainers’ premiership to nine over Francis Lui Kin-wai.

The second came in the form of After Me, who stormed home from last to salute for Antoine Hamelin.

The Frenchman continued the stunning start to his Hong Kong stint with a double, following up his victory on After Me by guiding home Douglas Whyte’s The Runner in the very next race.

Chad Schofield also tasted success on the night, leading all the way on the John Moore-trained Larson, as did Karis Teetan, who did exactly the same thing with California Rad from the Tony Cruz stable.

Betting turnover on the night was strong again, the total of HK$1.28 billion (US$165.1 million) up about 9 per cent on last year’s comparative meeting, but it is worth noting there were just eight races on that occasion and nine on Wednesday night.

Apprentice Alfred Chan Ka-hei was the only rider to earn the wrath of stewards, suspended for one meeting and fined HK$30,000 for careless riding on Mission Tycoon in the last race. 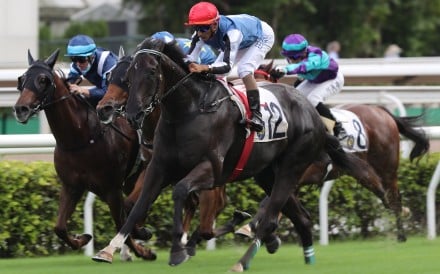 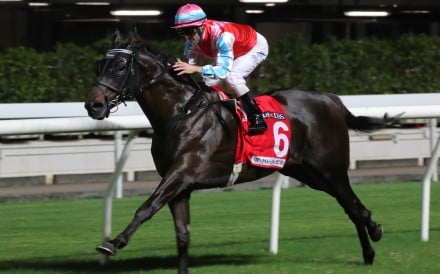