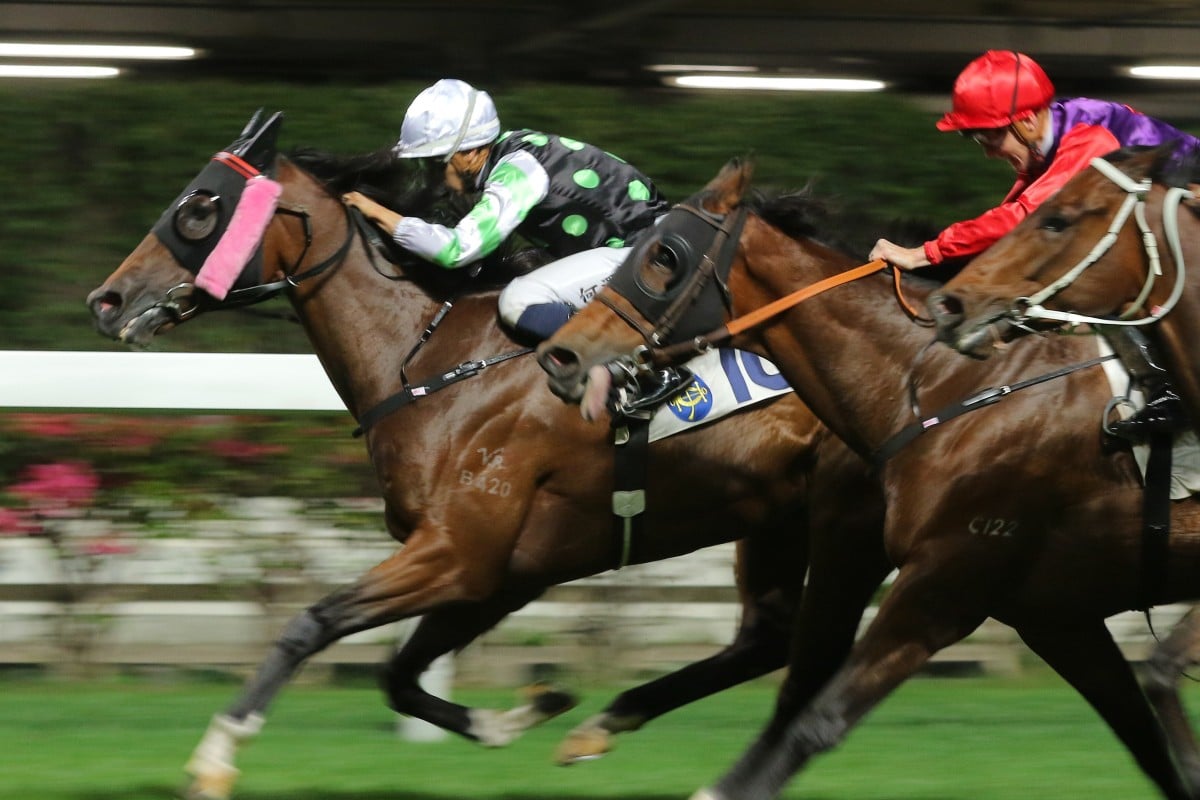 This Is Class dashes clear to win at Happy Valley. Photos: Kenneth Chan

Karis Teetan is looking to capitalise on a last-minute opportunity which saw him the beneficiary of a tough decision from rival jockey Vincent Ho Chak-yiu.

Ho was forced to choose between Shining Gem and This Is Class in a stacked Class Two Ho Chung River Handicap (1,200m) at Happy Valley on Wednesday night and chose the former.

With Ho riding Shining Gem for the in-form Ricky Yiu Poon-fai stable, it opened the door for Teetan to partner This Is Class, who has won three from four starts this season. 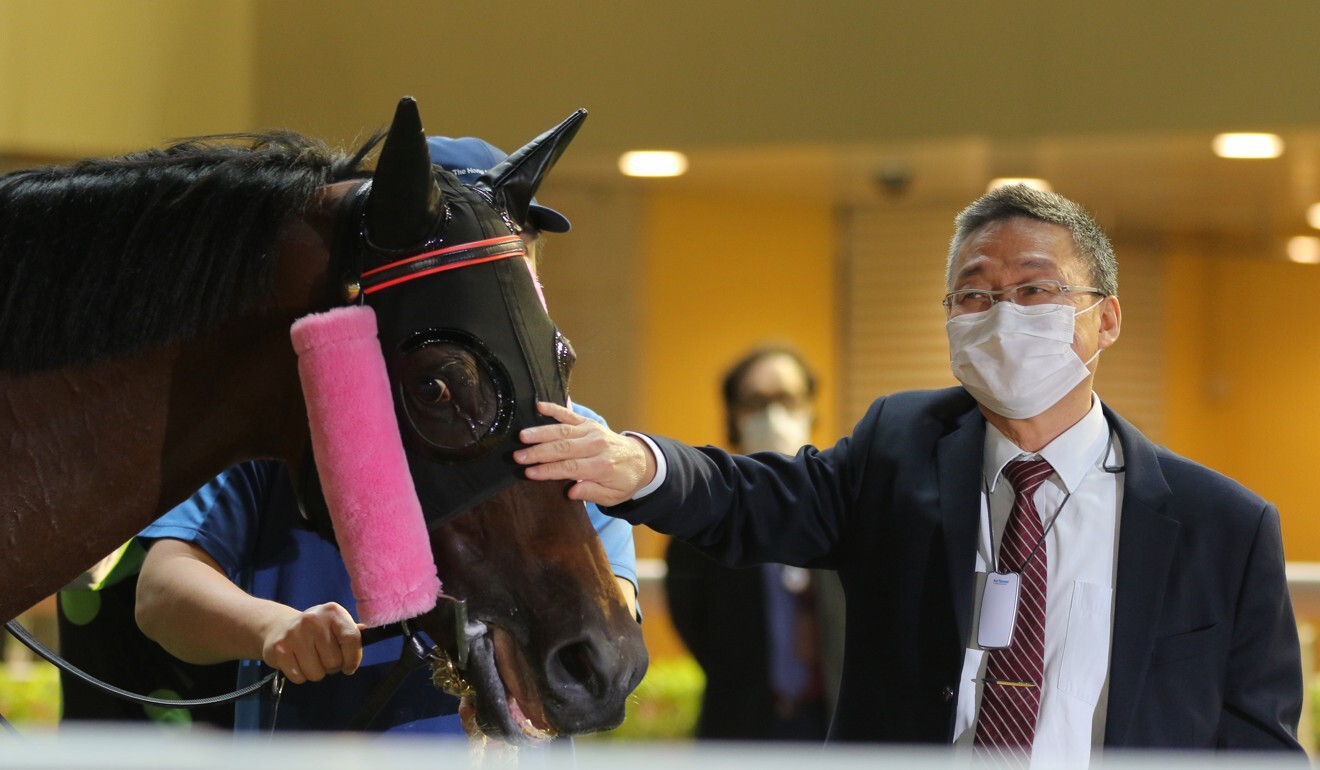 While originally booked to ride the Tony Cruz-trained Waldorf in the race, Teetan got the last-minute call-up from Francis Lui Kin-wai to jump aboard This Is Class when Waldorf was made first reserve by handicappers.

“I was supposed to ride Waldorf in the race and he got reserved out so I ended up picking up this horse at entries so I’m very happy with that,” Teetan said.

Lui is unable to put his finger on exactly why This Is Class has flourished this season, but he is hoping the horse can continue through the notoriously tough grade as he looks to regather the form that saw him momentarily sit atop the trainers’ championship this season.

“Honestly I don’t know why but he has been very good,” Lui laughed. “He had a tendon problem last season so we have been patient with him and we are touching wood that he can continue to get through it OK.

This Is Class shows his class and makes it three consecutive wins for @Vincenthocy & Francis Lui! #HKracing pic.twitter.com/SsfyrOnGMA

“He just keeps improving, I think he can continue to keep going.”

This Is Class was strong in his last start over an unfavourable 1,000m trip where he was posted three-wide without cover but continued strongly through the line against tough opposition.

Returning to 1,200m, Teetan is confident he can get the best out of the five-year-old despite drawing a horror barrier 11.

“His last win was very good, he is back at 1,200m again now so that could be easier for him. He can be closer,” he said. “It is a strong field but it seems like the horse has a little bit of potential.”

In that field, This Is Class will face one of the few horses with a better record than him this season in Amazing Star.

The Jimmy Ting Koon-ho-trained galloper has won by a combined 12 lengths in his four wins at the city track and was only beaten when he broke through the barriers before racing as a $1.50 favourite in February. 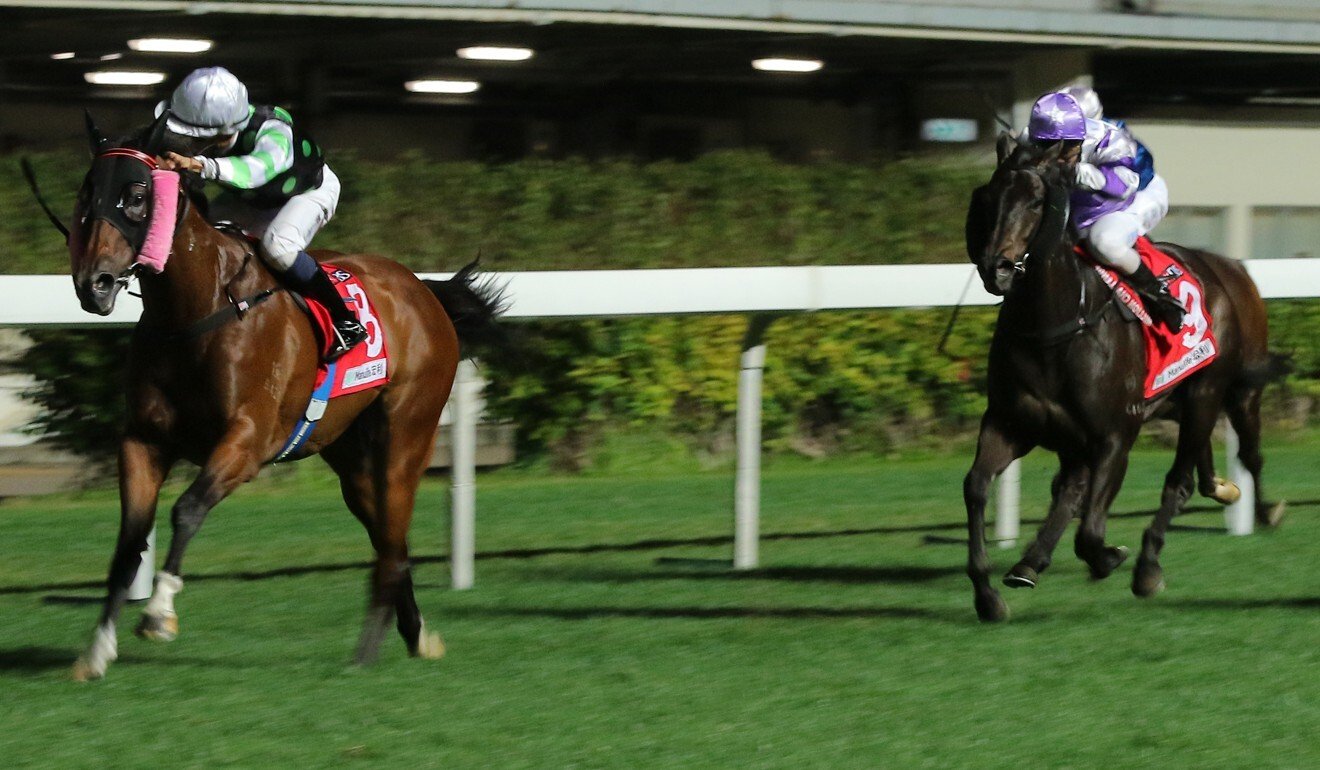 Consistent Happy Valley performer Shining Ace will line up for his 13th start this season in pursuit of his fourth win of the term.

The four-year-old has been one of the stalwarts at the city track this season, never missing a placing in his nine starts at the circuit.

Frankie Lor Fu-chuen will also step out his recent stable acquisition Tornado Twist, who he received from John Size midseason.

The four-year-old has ability but has been unable to put it together for a win this term.