Ricky Yiu Poon-fai moved one step closer to securing his maiden trainers’ championship after one of his favourite horses took out the Group Three Premier Cup (1,400m) at Sha Tin on Sunday, the first leg of a double.

The win was Yiu’s 60th of the campaign – and he added the 61st when odds-on favourite Good Luck Friend (Joao Moreira) snared the last – extending his lead over his nearest rival Tony Cruz to five, who also tasted success with Flying Sword (Karis Teetan).

“It’s encouraging – [every winner is] very important,” said Yiu, who has seven meetings left to navigate.

What made the result so special for Yiu is his affection for Jolly Banner and his owner Kenny Cheng Tsin-ki.

The trainer found the well-bred son of Lonhro at the Inglis Easter Yearling Sale in 2013 before going on to win his only start in Australia at Mornington when known as Wonder Kid.

Since then he’s raced 40 times across five seasons for seven wins and 15 placings – maintaining a rating of 100 or more since March 2017.

It is never easy to win races when you carry that rating, but Jolly Banner broke through for his first Group Three win in the 2019 Bauhinia Sprint Trophy (1,000m) at 89-1 and has now added a second to his trophy cabinet. 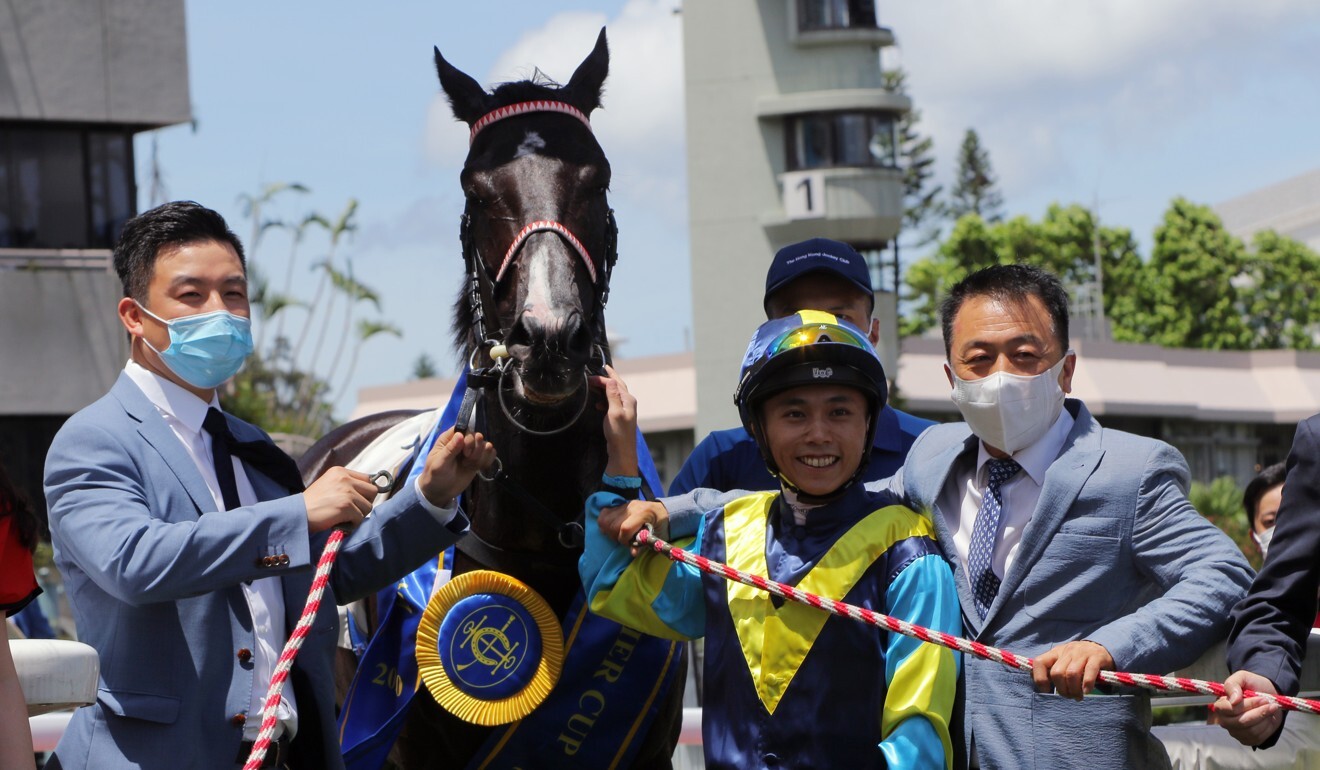 “The owner is my best friend – I’ve known him for over 40 years. I told Kenny to buy this one – he won first-up [in Australia before coming to Hong Kong] and now he’s [won his second Group Three]. I was very pleased with the horse’s performance and to get another trophy for the owner.”

The victory gave Poon his second Group Three – his first also came with Jolly Banner – and the 25-year-old had to ride for luck after his first plan was shut down.

“With the small field I had barrier one and took a sit behind Perfect Match,” Poon said. “Just before the turn I tried to peel out but it didn’t work, [Fat Turtle] came out a little bit and I was able to take the gap. It’s amazing to win, Ricky has kept the horse fit and healthy and he gave his best.

“This is one of the best and most memorable horses for me.”

Yiu marvels at Jolly Banner’s ability to keep performing as an eight-year-old.

“He’s an amazing horse,” he said. “He’s won a Group Three at 1,000m as well and this is his best trip. With the light weight he can fly. He’s a different horse with a light weight.

“From day one until now, we space his runs – every seven weeks or two months. Touch wood – he’s in perfect condition in terms of his health and that’s why he can maintain his performance.

“We’ll keep him going until the end of the year – give him another six months.”