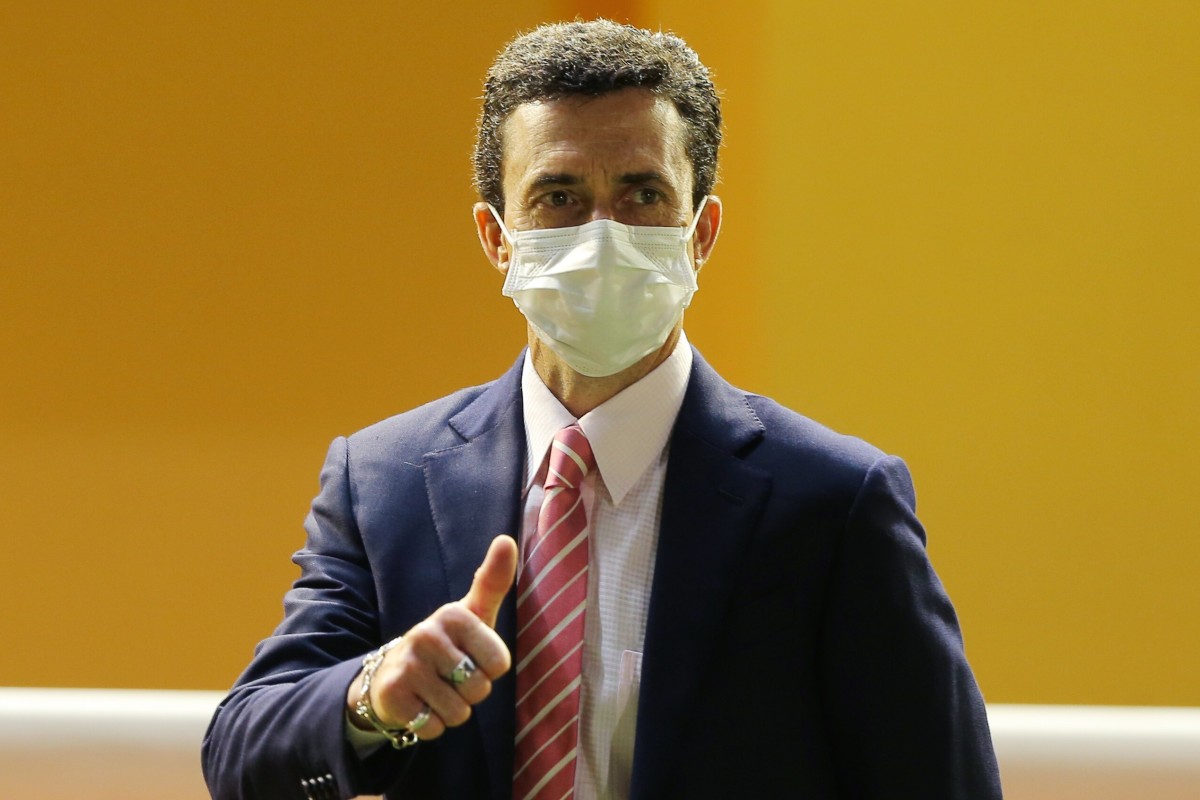 The compelling fight for the trainers’ championship took a back seat at Happy Valley on Wednesday night as first-season handler Douglas Whyte claimed the honours, capping his maiden campaign with a double.

While the two protagonists at the top in the battle for the title – Ricky Yiu Poon-fai and Francis Lui Kin-wai – had to settle for three seconds between them, Whyte increased his overall tally to 42 winners with Happy Ichiban and Xponential cashing in.

The 13-time champion jockey is pleased with how his first season as a trainer has gone and admits he doesn’t miss the thrill of being in the saddle on race day.

“I thought I would miss the riding a lot more, but I’m not at the moment. Nights like tonight make a big difference,” Whyte said.

“It’s been fun in that I’ve learned a lot from a different perspective about horses. I’m very fortunate that I’m able to ride them, assess them, work them and fix them to a certain extent. It’s been a very good learning curve but I’m really enjoying it. Being with horses is one of my passions.”

Happy Ichiban (Vincent Ho Chak-yiu) and Xponential (Antoine Hamelin) have been two of the more challenging horses in his stable, both immature types who have taken some time to learn their craft.

The former is an enormous three-year-old at 1,256 pounds and after struggling in his first eight starts, found the drop to Class Five for the Pok Fu Lam Handicap (1,650m) to his liking.

The latter had proven a little frustrating after winning unexpectedly on debut, but Whyte relished the opportunity to try to get the best out of the four-year-old and took a lot of satisfaction out of his win in the first section of the Class Four Kotewall Handicap (1,200m).

“He’s taught me a lot,” Whyte said. “First-up he won unexpectedly, the pace was on, he was at the back sleeping and didn’t know what he was doing and then hit the line well. It was more like a barrier trial for him.

“He’s developed into a nice horse, I think 1,200m is way short of his distance but he enjoys the speed of a 1,200m and hence the reason I brought him to Happy Valley.”

While still mathematically possible, Zac Purton made sure any minuscule hope Joao Moreira had of producing a miracle comeback to claim the jockeys’ championship was snuffed out with the Australian securing a double.

Superb ride. @zpurton takes home a double thanks to a well-timed steer aboard Golden Spectrum who gets off the mark in Hong Kong! ️ #HKracing pic.twitter.com/lCuyJbU8wz

Victories aboard Benno Yung Tin-pang’s Nextmodel and the Tony Cruz-trained Golden Spectrum took Purton’s lead over the Magic Man to eight and the Brazilian only has Sunday’s Sha Tin card to cut into that margin as he is suspended for next Wednesday’s final meeting at Happy Valley.

The Golden Spectrum result was an important one for Cruz though, as it means he is now just three wins behind Yiu and two behind Lui and remains an outside chance of securing his third title.

Karis Teetan continued his strong form with a brace of his own, guiding Dennis Yip Chor-hong’s Murray’s Partners and the Caspar Fownes-trained sprinter Explosive Witness home.

Ho also collected a double lifting Supreme Plus to victory for Frankie Lor Fu-chuen in addition to his earlier success on Happy Ichiban.