Joao Moreira looks forward after near miss in jockeys’ title: ‘I’m disappointed but I’m not sad’ 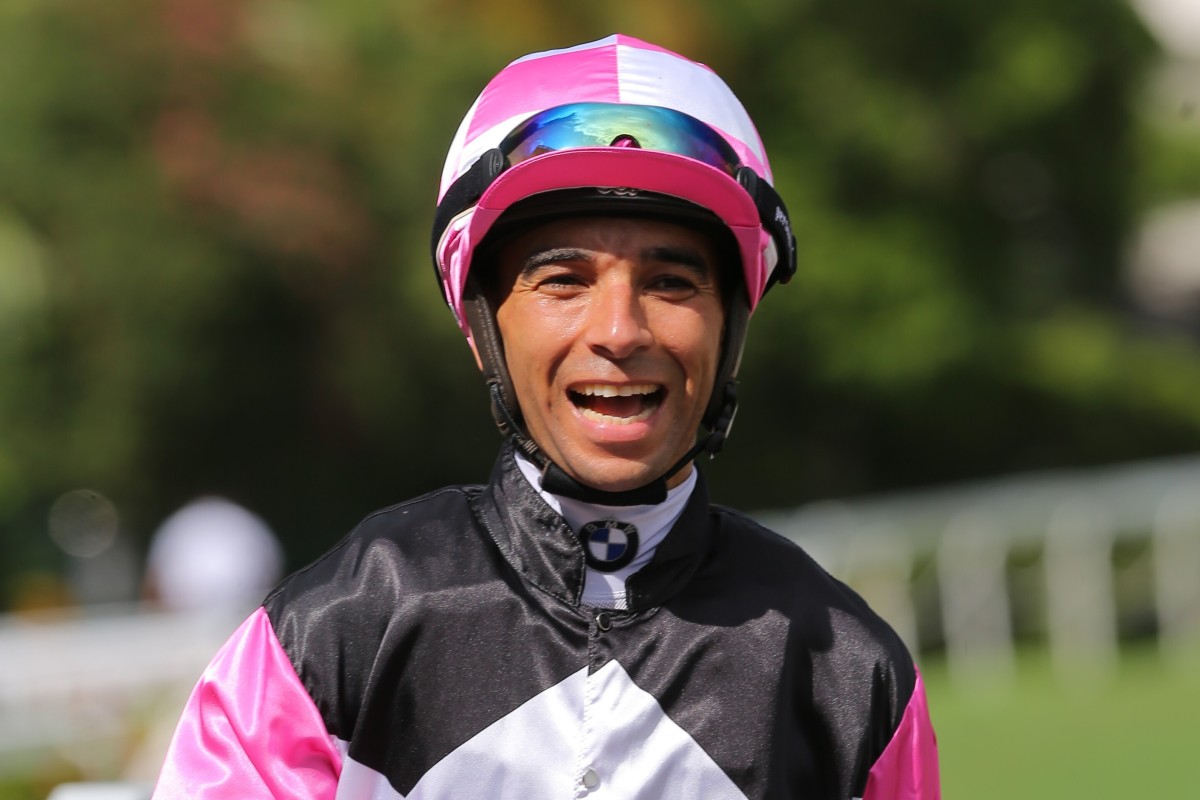 Joao Moreira has a strong book of rides at Sha Tin on Sunday. Photos: Kenneth Chan

It’s a philosophical Joao Moreira that heads into his final meeting of 2019-20 looking to put the finishing touches on a sensational season that could have been just that bit better.

The Brazilian has ridden 135 winners and his book suggests that number will grow by Sunday evening, but a spluttering end to the term cost him any chance of winning the jockeys’ championship.

That honour will instead go to his arch-rival Zac Purton, with a pair of late-season suspensions – and some brilliance from the Australian – snuffing out any chance Moreira had of a fourth title. 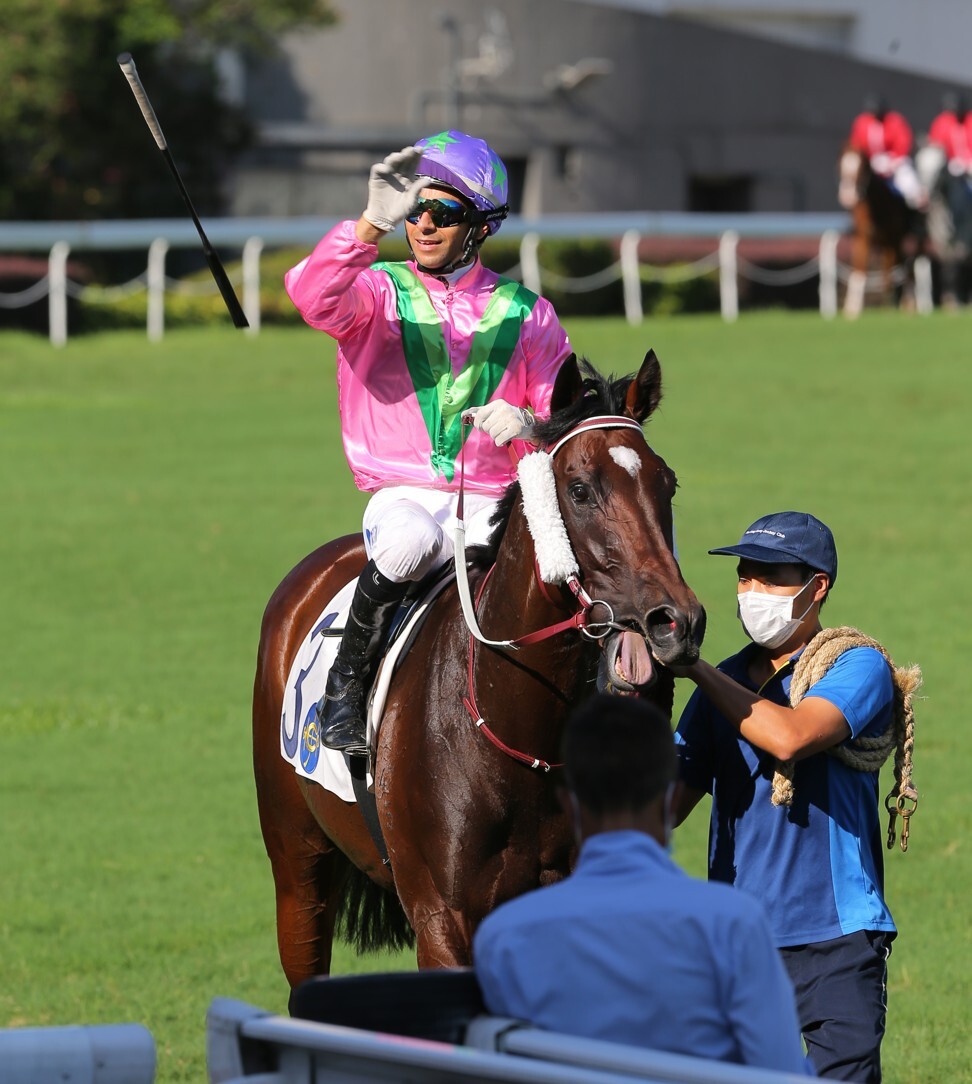 “There is no doubt the disappointment is there but I can’t be crying over what happened in the past, just as I should not be living off what I have done well in the past,” the Magic Man said.

“I have got to look forward, see what is there for me and make the most of it. I have got some nice horses for some nice trainers and I’m just looking forward.

“I’m disappointed but I’m not sad. I’m a happy guy and I’ve got to be satisfied with what I have achieved. Zac has proven once again to be a champion jockey and he deserves the win.” Moreira is suspended for Wednesday night’s Happy Valley finale and he’s looking forward to switching off and rejuvenating his body and mind.

“I need the off-season to freshen up and look after my health, I don’t think I’m very healthy,” he said.

Before then, however, he has 11 rides to negotiate on Sunday, including a couple that could prove crucial in the battle for the trainers’ premiership. 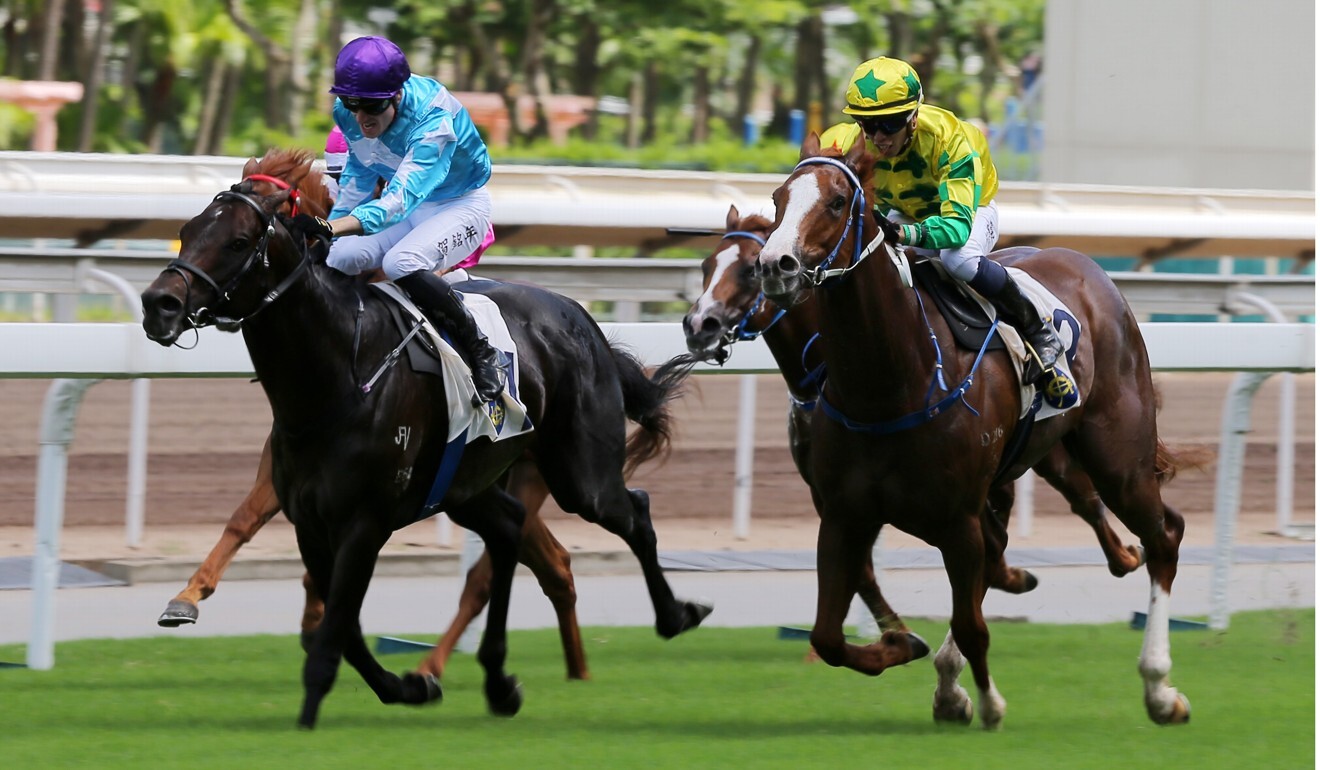 Moreira has only ridden Good Luck Friend twice for consecutive victories and is hopeful Yiu’s impressive three-year-old can ring up his hat-trick in the Class Three Entrapment Handicap (1,200m).

“I’ve got very high confidence in this horse, he’s got quite a bit of ability – he’s a talent to be honest,” Moreira said.

“It’s hard to predict but I feel like there’s plenty more left in him. I hope he can do it again, he’s done nothing wrong in his last two starts. He’s very straightforward and he should be competitive once again.”

Another youngster in Moreira’s arsenal is Caspar Fownes-trained three-year-old Sky Field, with the Brazilian picking up the ride in the absence of the suspended Vincent Ho Chak-yiu.

The Brazilian ace bags a double as Heza Beauty toughs it out for a new Class 4 1400m record (1m 20.96s). #HKracing pic.twitter.com/um8kGwCluH

The son of Deep Field has endured two near misses to begin his career and looks well placed from barrier seven in the Class Four Mr Award Handicap (1,200m).

“I’m very lucky to be given a chance to ride him,” Moreira said. “If he’s able to produce his best he’s definitely going to be a good winning chance. I’m excited by him and he’s a horse for the future.”

Moreira also climbs back aboard the John Size-trained Heza Beauty in the Class Three Pingwu Spark Handicap (1,400m) after the tricky but gifted galloper finally broke through for his maiden win last start.

He rides the three-year-old’s stablemate Beauty Applause in the day’s Class Two, the Hong Kong Racehorse Owners Association Trophy (1,400m), while also teaming up with Monkey Jewellery from the Size stable on the afternoon.