The star Australian lands a double at Sha Tin on Sunday, securing the jockeys’ premiership in the process 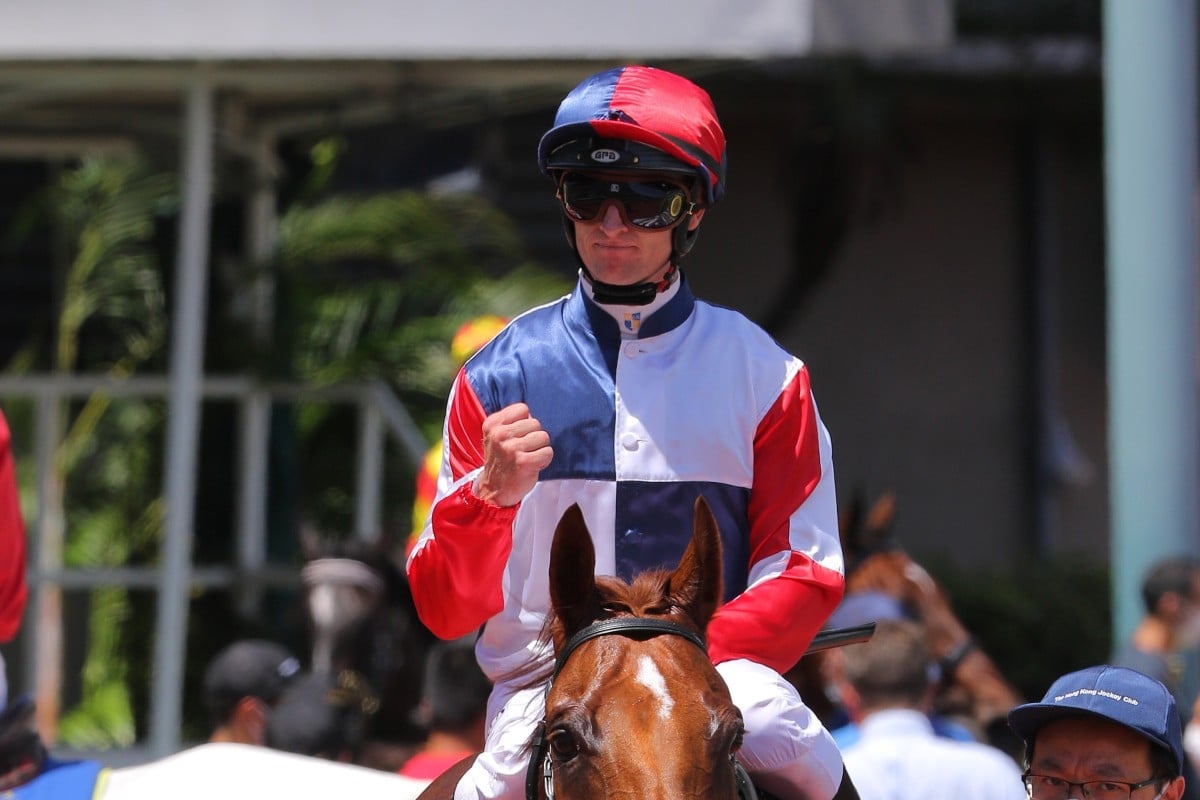 It’s been as good as sealed for a week but Zac Purton’s victory in the jockeys’ championship became official at Sha Tin on Sunday, with the Australian’s win aboard Fast Most Furious putting him out of Joao Moreira’s reach.

Leading by eight heading into the meeting, only a miracle could have stopped Purton and Moreira did win the first race, but by taking out the Class One Sha Tin Mile Trophy (1,600m), the Australian restored his lead to eight with only seven races remaining in the Magic Man’s season.

And that seals it!@zpurton puts the championship beyond Joao Moreira's reach with victory on Fast Most Furious in the Sha Tin Mile Trophy. #HKracing pic.twitter.com/jug21NkPGd

“[Fast Most Furious] had a beautiful run, he jumped really well, put himself on the bit and travelled really strongly throughout. He travelled up under a nice hold and he just had to let down and he was able to do that.”

Fast Most Furious, who brought up his fifth win at start 29, saluted on the same day last season and rung up his second Class One victory of the term.

“He’s been a really good soldier for the stable, he just keeps turning up week-in, week-out,” trainer David Hall said.

“It’s a good bit of karma I think, he probably deserved to win last race [when held up in the straight during the Group Three Lion Rock Trophy], it was a pretty good performance. 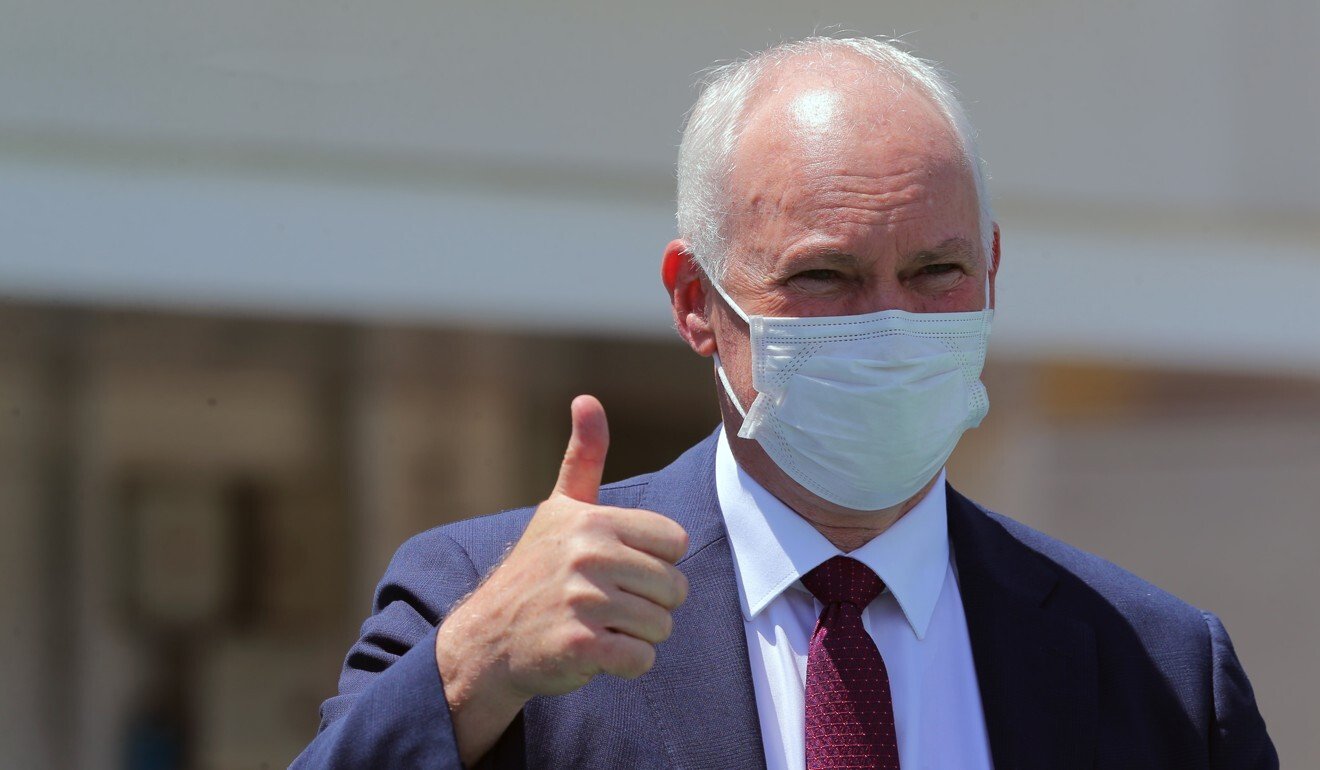 “It was just a matter of trying to hold him together and get the luck to go his way. Obviously there was a bit of concern about the big weight difference with Douglas’ horse [General’s Delight], he looks progressive and we had to give him 12 pounds.

“It needed a smart ride from Zac and as we all expect from him, he delivered in spades. He sat there patiently knowing he had the weight, the pace wasn’t super fast so it wasn’t absolutely perfect for him but it was a smart ride and he got the job done.”

Fast Most Furious jumped cleanly and Purton eased him back just behind midfield before the gelding cruised up to the leaders in the early part of the straight and exploded when asked at the 200m.

The seven-year-old finished half a length ahead of the second-placed Preciousship, with Savvy Nine another half-length away in third, and Hall was pleased to play a hand in getting Purton over the line. 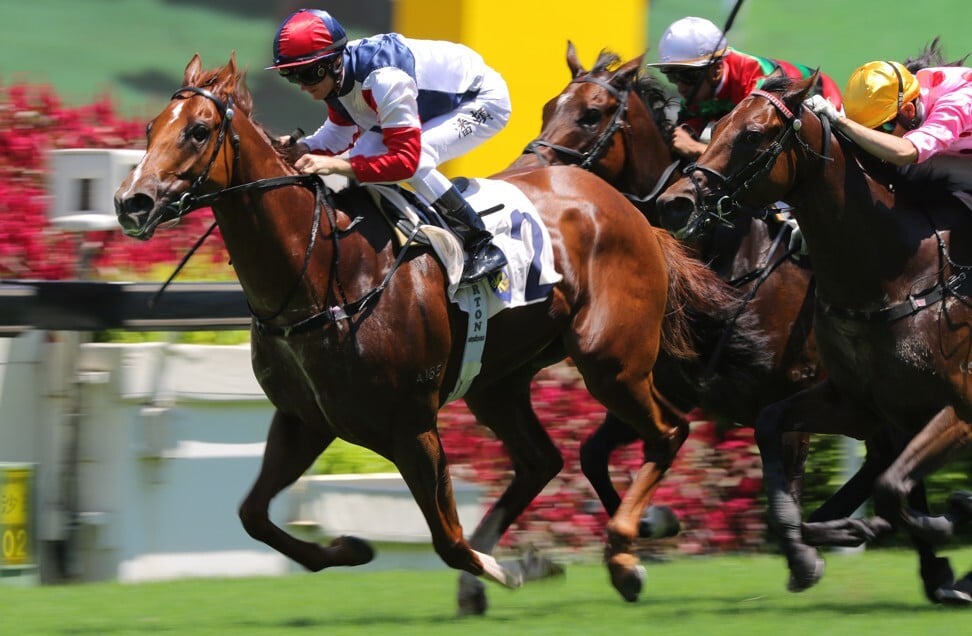 “It’s unfortunate it doesn’t go down to the last day to make it all a bit more interesting but Zac’s probably put his hand up as the deserved winner,” he said.

Hall made it a double in the Class Four Big Profit Handicap (1,400m), with Sumstreetsumwhere winning at his second start for Hall after shifting from Peter Ho Leung’s stable.

The haul takes Hall to 29 winners for the season, including five in the last fortnight, and he gets access to his Conghua stable for the first time this week.

“We’ve all seen that the results [out of Conghua] have picked up a lot in the last six months and my numbers have improved a bit, so it’s come at the right time for me and I’m looking forward to it,” he said.

Purton landed a double of his own aboard the Tony Cruz-trained Mr Aldan to take his tally for the season to 145, while Moreira – who is suspended for Wednesday night’s finale – landed a treble thanks to Kelmimi Wins, Sky Field and Good Luck Friend to finish on 138.