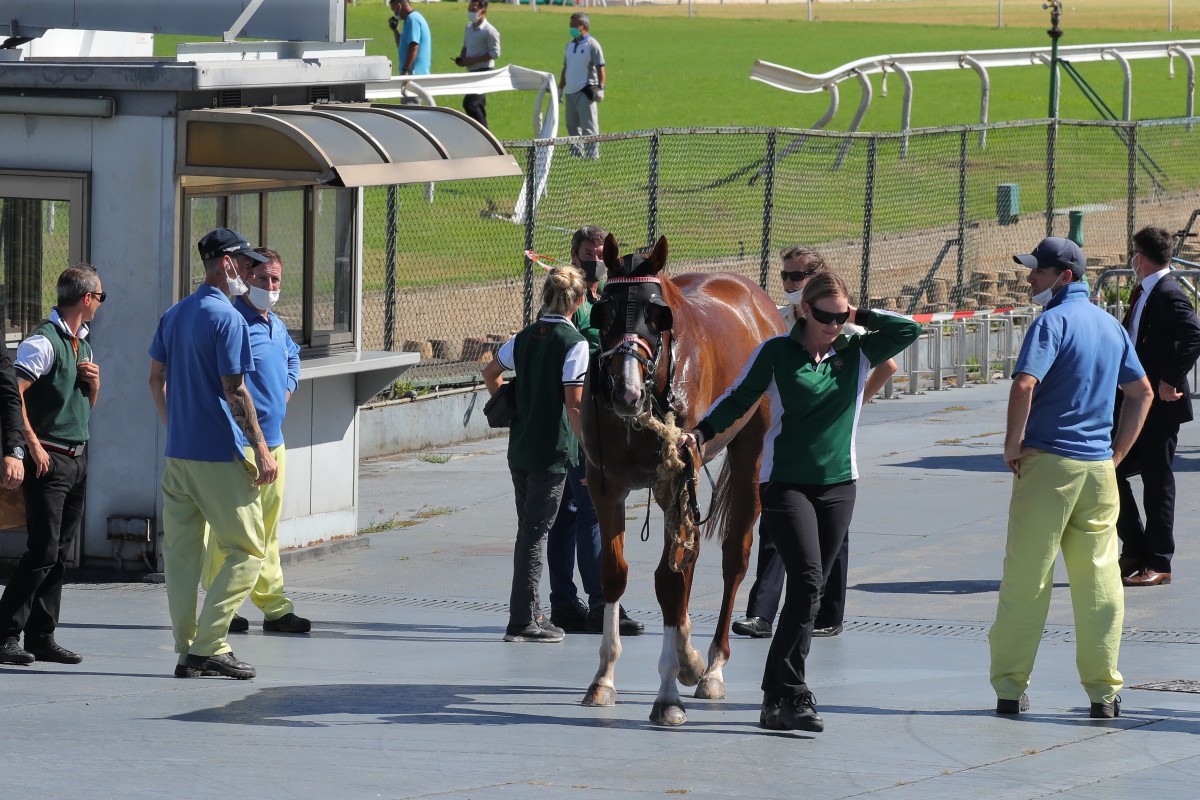 Apolar Warrior is captured after running through the rail and a fence at Sha Tin on Sunday. Photos: Kenneth Chan

Ricky Yiu Poon-fai’s three-year-old Apolar Warrior is lucky to be alive after smashing through a rail and a cyclone gate in a wacky misadventure during the seventh race at Sha Tin on Sunday.

It all started when the gelding buck-jumped just after the gates opened, forcing jockey Derek Leung Ka-chun to hit the eject button.

After sprinting through the inside of the field to take the lead, the riderless horse ran very wide on the turn and was making a beeline to the plastic outside rail, bursting straight through it at about the 420m mark.

But Apolar Warrior wasn’t done there, continuing on his merry way and smashing down a cyclone gate right next to the public entrance.

Thankfully, the rampage ended there and despite finishing on the concrete, the horse was captured in front of the gates, where in normal times, thousands of punters would enter and exit the racecourse. 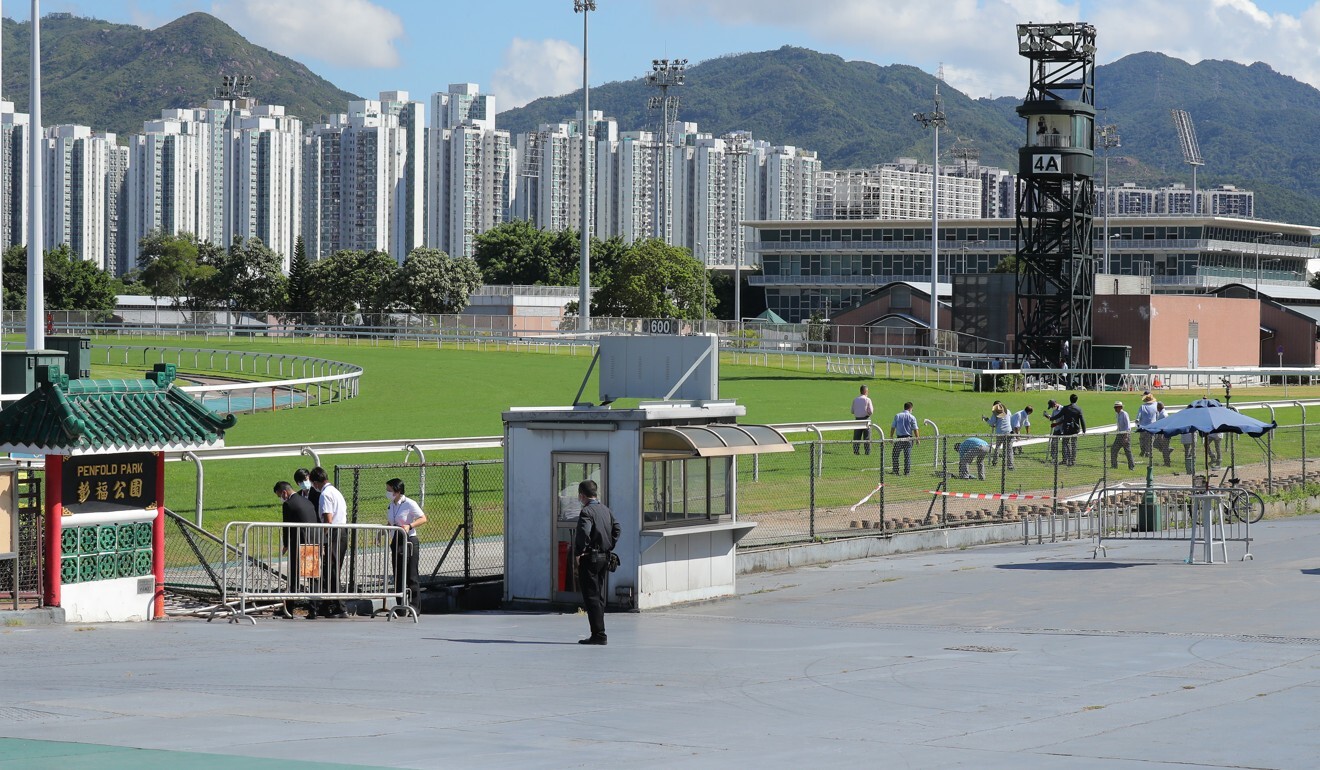 A staff member was able to grab Apolar Warrior, who was somehow able to escape without any serious injury, and he was paraded around until the vets arrived and found a way to get him back to safety.

Chief steward Kim Kelly can’t remember an incident like it.

“It’s never happened in my time here,” Kelly said. “When he hit the fence, fortunately, he was able to open it and he was able to be corralled. It is fortunate of course, that with the restrictions on course, there were no people in that general vicinity.

This is the craziest thg I saw at the races. Lucky the horse is fine #hkracing pic.twitter.com/fxMOuzGmfs

“As far as I know, he’s safe and sound back in his box and came through relatively unscathed.

“We’ll look at whatever measures can be put in place to prevent a horse being able to enter that area again.”

Horse of the Year awards to be cancelled?

Thursday’s Champion Awards ceremony is in serious doubt as Hong Kong suffers through a third wave of the deadly Covid-19 pandemic, while the Jockey Club is also reviewing the status of its off-course betting branches and the planned resumption of the Mark Six lottery.

With the government tightening the social distancing restrictions over the past few days in an attempt to control another outbreak, the Jockey Club is assessing the situation before making a final call.

“We need to have a look at the legal interpretation to see if we can hold this event or not,” Jockey Club chief executive Winfried Engelbrecht-Bresges. “If it’s off, we then have to see what we can do instead.

“We also have to look at what we can do with our [off-course betting branches] and the Mark Six.” On Saturday, HK$100m was put into Jockey Club betting accounts and as it stands the off-course betting branches will be open on Monday and Tuesday, but like everything in this evolving environment, that is under review.

“People have won money so we have to see how we can get it back to them,” Engelbrecht-Bresges said.

The Jockey Club had planned to restart the Mark Six lottery once the racing season finishes up on Wednesday, but that is looking more unlikely as the number of people testing positive to Covid-19 keeps increasing in Hong Kong.

But in positive news for the Jockey Club, turnover reached HK$1.92 billion for the day with HK$251.7 million alone invested on the last race – the highest of the season.

It was a tight conclusion to the opening race and to the naked eye, it looked like Adonis had narrowly edged out Kelmimi Wins, but the photo finish said otherwise.

That was a cause for consternation among some – there was a spirited debate when the Jockey Club showed local media the photo at the end of the day – particularly given the broadcast flashed up the name of Adonis’ owner Johnson Chen as the winner.

Thriller in the opener!

The final race meeting at Sha Tin for season 2019/20 is underway & it's Joao Moreira (@cavaleiro83) who strikes in the first race with Kelmimi Wins for John Moore. #HKracing pic.twitter.com/5UrxnZRrzo

Even jockey Karis Teetan, who was on the runner-up, thought he won and wasn’t completely convinced about the photo, but Jockey Club officials were adamant there was a pixel or two the difference on the main version.

In any case, the result meant John Moore collected a winner in his final Sha Tin meeting as a Hong Kong trainer. 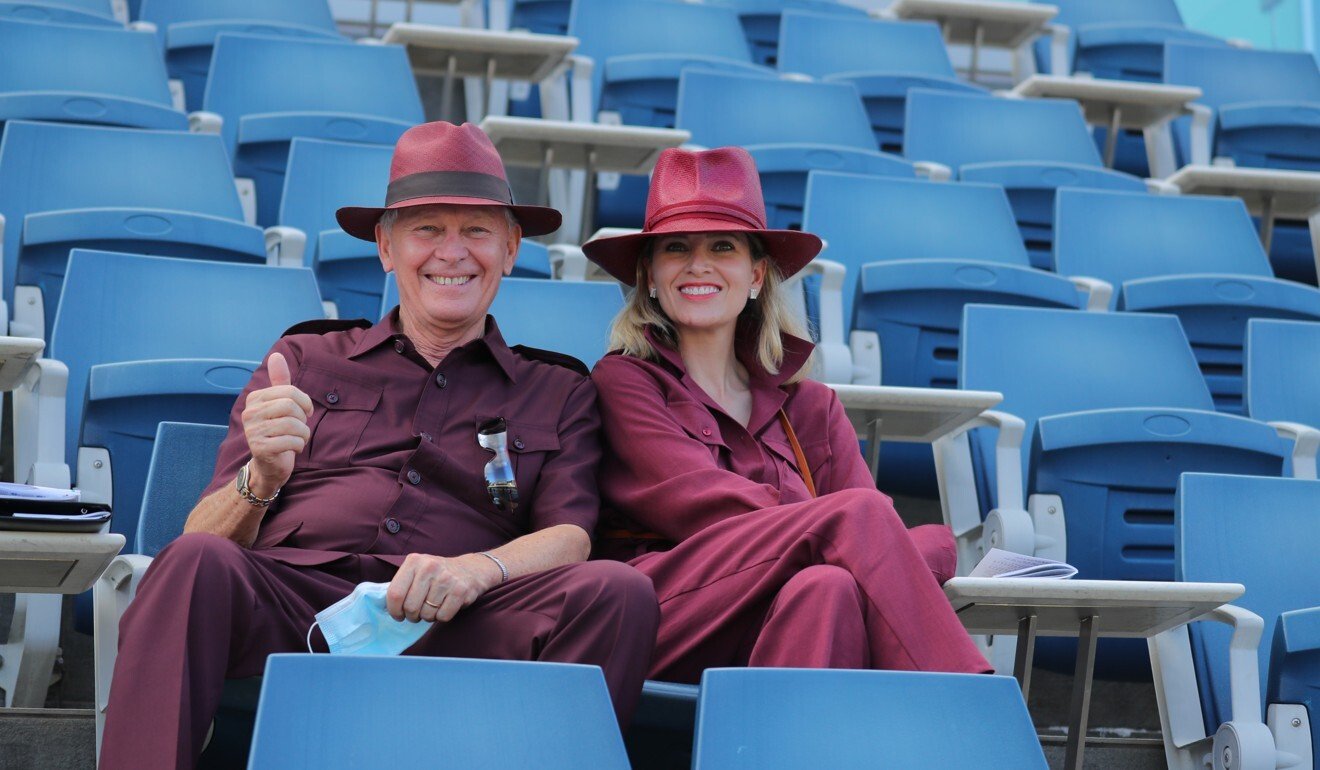 The legendary handler was as gracious as ever after the last race, posing for photos under the winning arch with a host of media members. His final meeting is at Happy Valley on Wednesday night.

Sky is the limit for Field

On the track, the performance of Caspar Fownes’ exciting three-year-old Sky Field was the stand-out of the day as he blitzed his rivals in the second section of the Mr Award Handicap (1,200m).

The gelding looks like a serious galloper who should make his presence felt in next year’s Classic Series.

“It’s been a while since I’ve ridden a nice young talent like him. The best part of it is that he feels like a raw type, that has plenty of improvement still,” jockey Joao Moreira said.

“There are no words to describe what a great feeling you get when you ride such a nice horse.”

Compulsory retirement rating to be raised

The Jockey Club is raising the compulsory retirement rating, but those on the bubble right now don’t need to worry.

As it stands, horses with a rating or 20 or lower at the end of this season will finish up their careers in Hong Kong but at the end of 2020-21, gallopers will need a mark of 26 or higher to continue.

As of Sunday, just eight of the 1,171 racehorses in Hong Kong were facing compulsory retirement – which highlights the need for the Jockey Club to raise the bar.

If next year’s rule was in place now, 25 horses would be on the way out.