While the Jockey Club has their prestigious Champion Awards, we look at some of the more obscure moments of the season 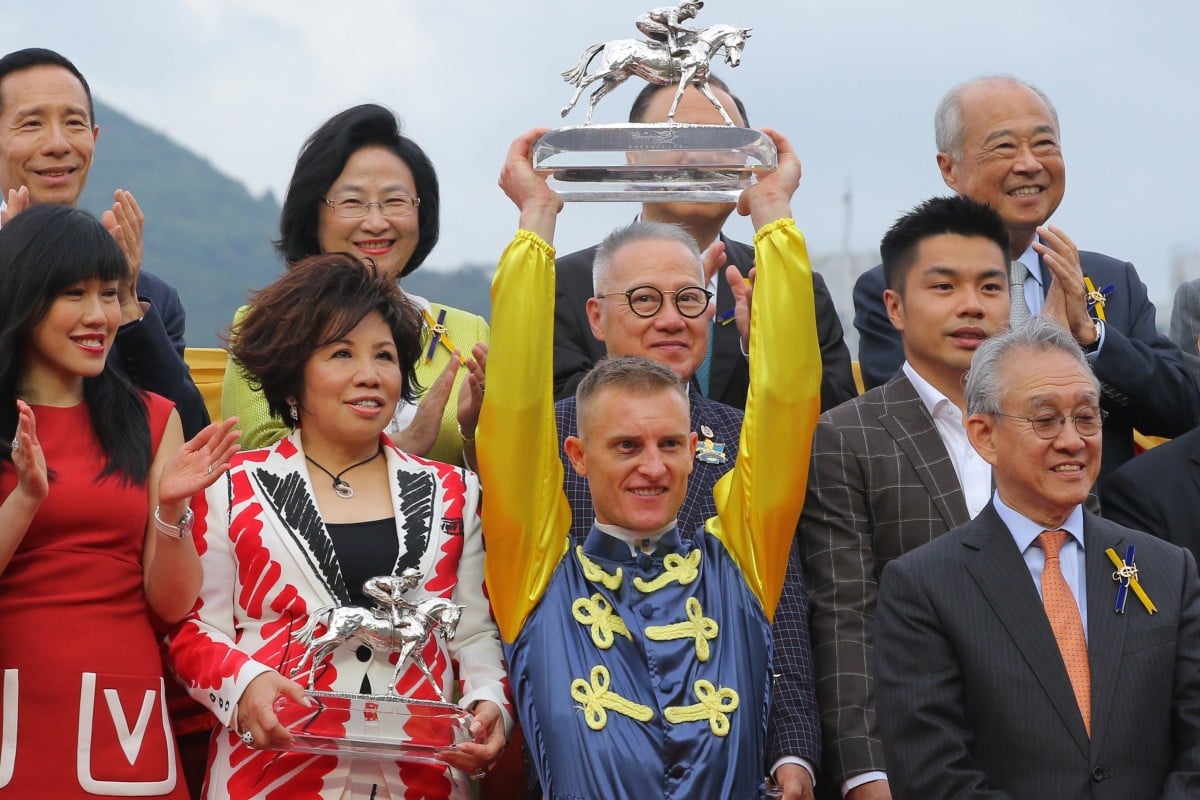 With the 2019-20 season now behind us, the Post’s annual Hong Kong racing awards return.

With the likes of Douglas Whyte, Masami Matsuoka and Clement Legend collecting gongs last year, contenders have come thick and fast in an action-packed season.

Without further adieu, the award winners for 2019-20 are:

It is only fitting the four-time champion jockey collected the award after yet another scintillating season but it was his ride aboard the Caspar Fownes-trained Enfolding in May that sealed the deal.

Drawing barrier 14 from the notoriously tough 1,650m start on the Sha Tin all-weather surface, Purton was facing what was almost an insurmountable task. 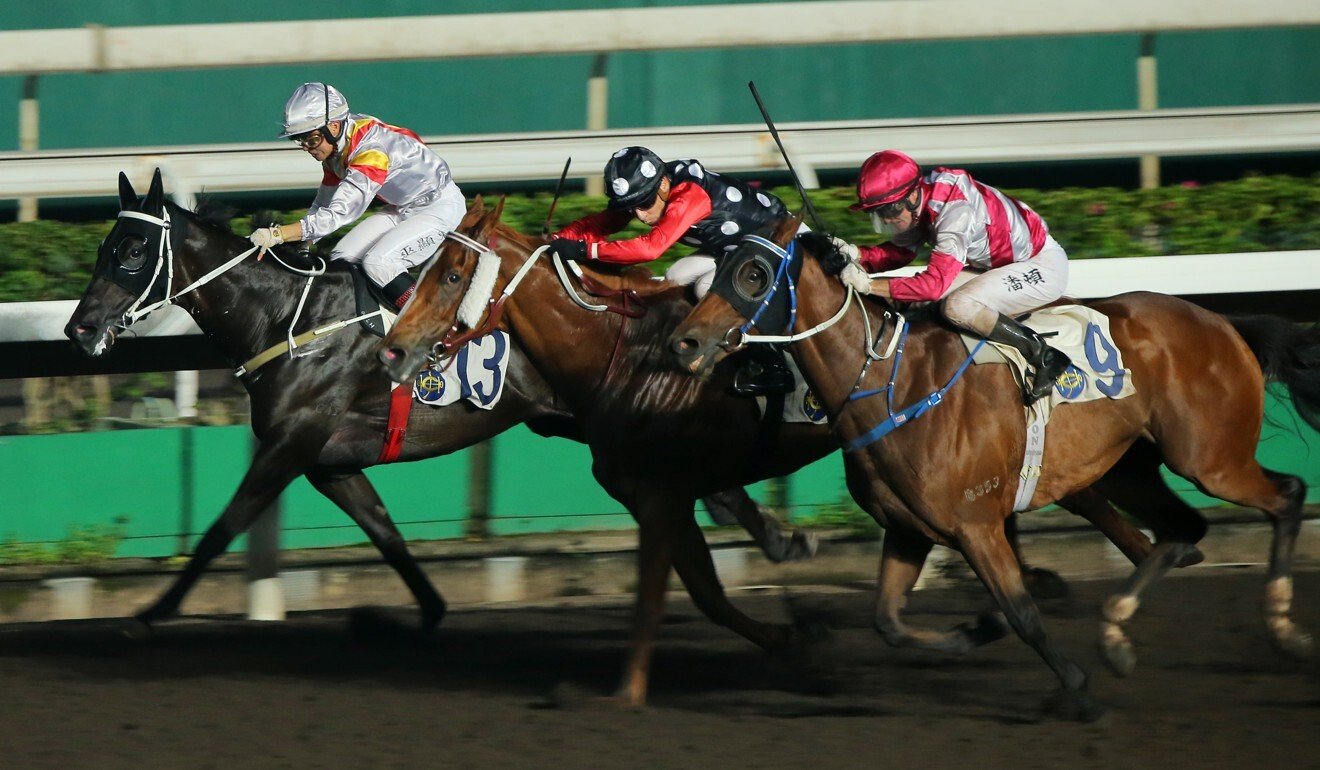 Before the race, not a single horse had won from the barrier over that trip in three years – 66 had tried.

That all changed when Purton took the six-year-old back to last and started making ground while scraping paint on the rail before popping out 200m from home to go around the two leaders and grab the prize.

The Australian did not have a lot go his way this season but it did not stop him from attempting to pinch Hong Kong’s most prestigious race – the Derby – on $290 chance Playa Del Puente.

Drawing barrier 11, Shinn opted to go back to last on the Danny Shum Chap-shing-trained galloper before taking off 1,000m from home and leading until the last breath, where he was overhauled by hot favourite Golden Sixty. 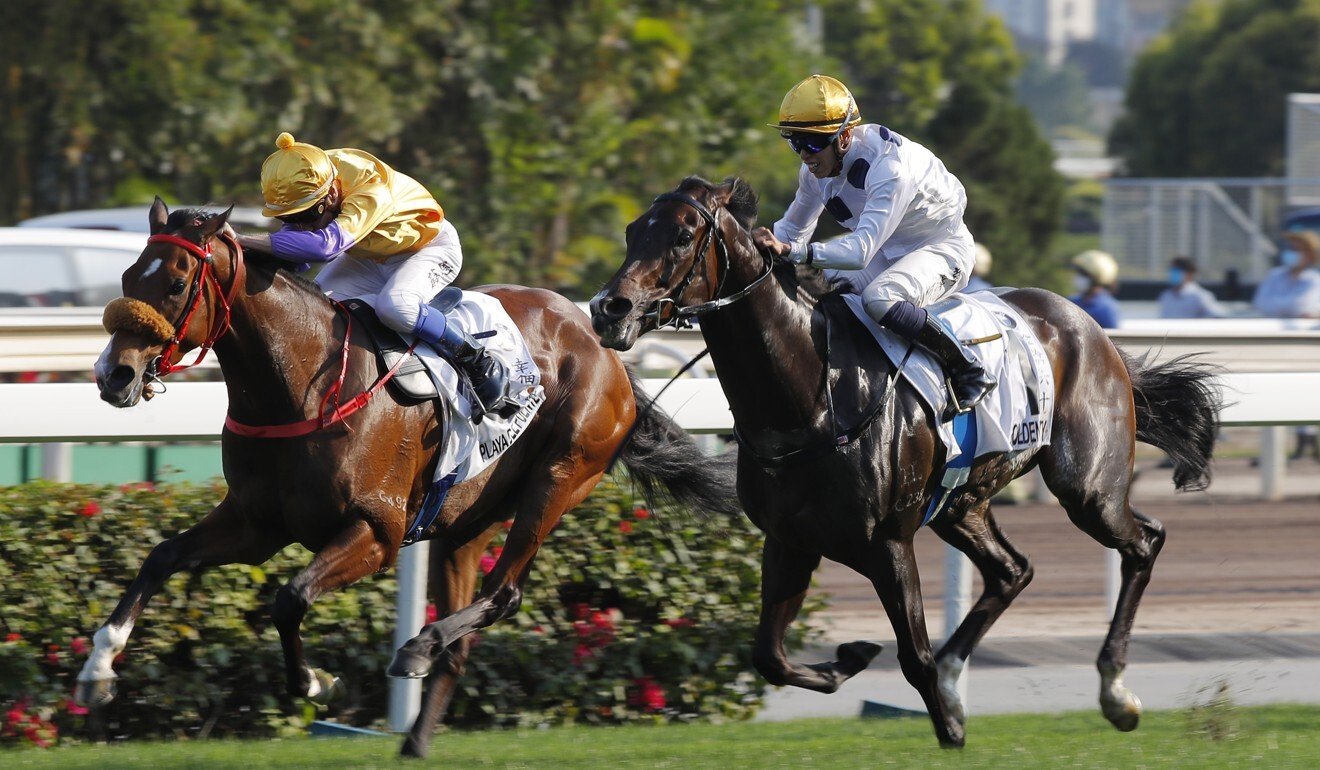 “It feels like I’ve won, so many people have come up to me and congratulated me on the ride,” Shinn said afterwards.

The pair produced two great battles at Happy Valley during the season but it was their first meeting in April which collects the award.

With Purton (Dances With Dragon) and key rival Joao Moreira (Enrichment) in the saddles, the clash had all the makings of a heavyweight fight and the duo cleared out in the Class Two contest, taking off down the back straight at the tricky city track and catching the rest of the field napping.

Three-time champion jockey @zpurton brings up a century of wins this season as Dances With Dragon scores narrowly in the nightcap! #HKracing pic.twitter.com/GG9huCs9j0

From that point, they were the only horses in the contest with Purton narrowly getting the better of Moreira in what was a ding-dong battle down the straight.

In some ways the race was symbolic of the season with the two star jockeys showcasing their talent, but Purton narrowly getting the better of Moreira when all was said and done.

The Paul O’Sullivan-trained galloper has been a star performer in Class Five this season.

Having won just once in his first 15 career starts in Hong Kong, Hidden Spirit reeled off four wins in his 10 starts this term.

Beginning with a rating of 28, Hidden Spirit finished the season on a respectable level of 46.

Such was his form late in the season, the son of Alamosa produced three straight wins on the all-weather surface. 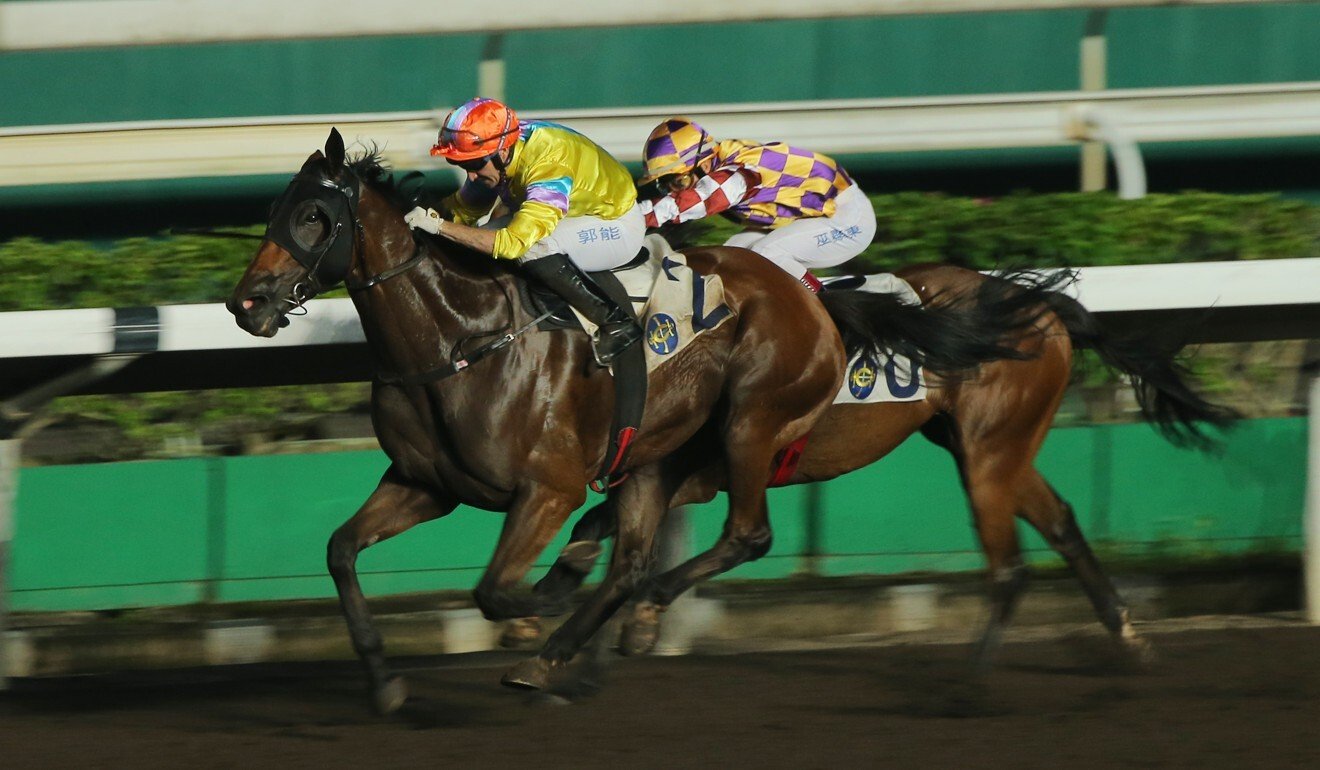 For his efforts, Hidden Spirit finds himself in Class Four where he has run seventh in his one run outside the cellar grade.

With the inaugural winner Clement Legend graduating into a Class Three winner this season after collecting the award, the expectations are high on the five-year-old.

Most uninspiring horse of the year – Harbour Alert

No horse has fallen further down the ratings than the eight-year-old this season.

His 12 starts saw him lose an incredible 38 points from Class Three to Class Five and he was beaten a combined 157 lengths in that time.

The Michael Chang Chun-wai-galloper has a long history of failure in Hong Kong. 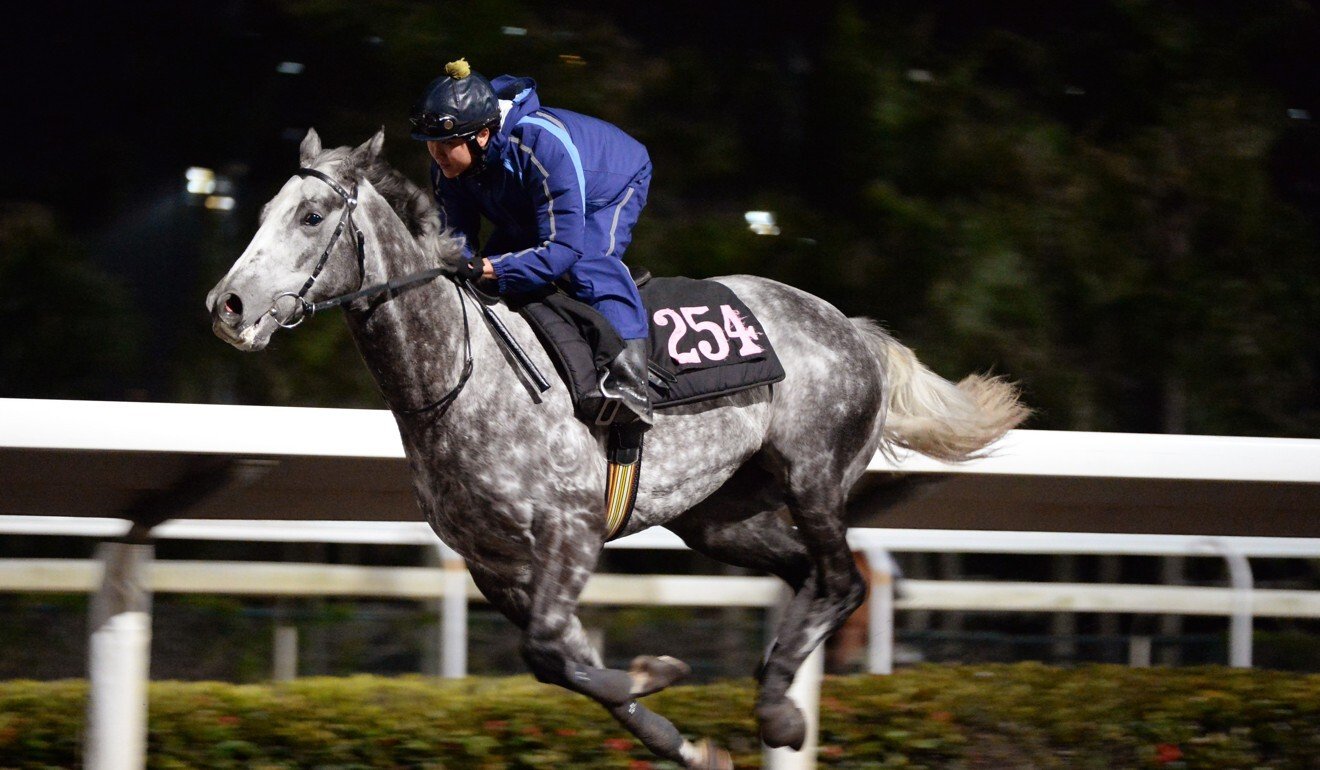 Since arriving in 2015, Harbour Alert has had 55 starts for just two wins.

The South African import has struggled since arriving on a rating of 80 this season. His 12 starts have yielded just one placing and a loss of 35 rating points.

After acquiring the horse from Peter Ho Leung midseason, Fownes transformed the six-year-old from a Class Three winner into a Group Three winner in the space of six starts.

Dances With Dragon announced himself as a transformed horse in his first start for Fownes in February when he bolted in by two lengths at Happy Valley before going on to win two of his next three in notoriously difficult Class Two company. 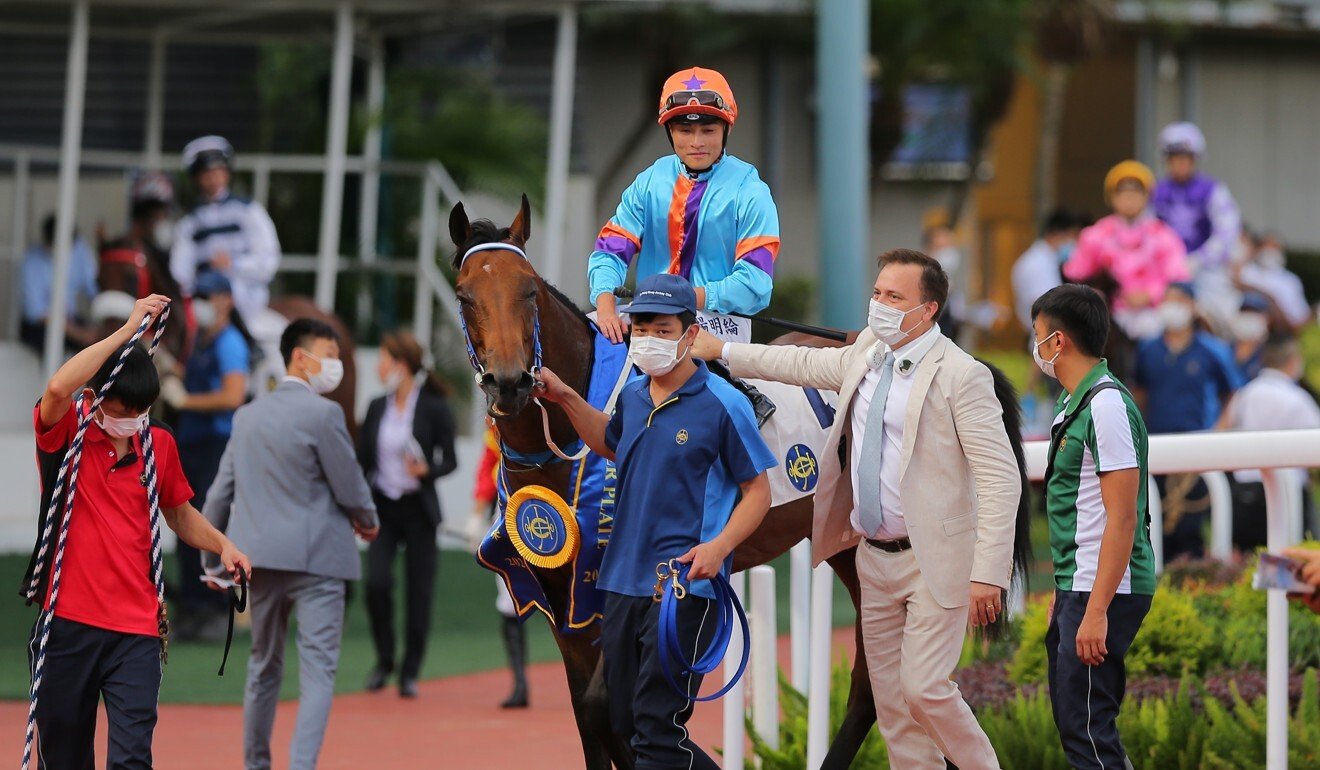 His crowning moment came in June when he won the Group Three Premier Plate (1,800m) by more than four lengths under Keith Yeung Ming-lun as a $17 outsider.

In his six starts for Fownes, he has improved an incredible 30 rating points.

The Christmas spirit had well and truly worn off by Boxing Day when jockeys Chad Schofield and Karis Teetan had a scuffle in the rooms after a race at Happy Valley.

The pair butted heads over an on-track incident where Schofield was posted wide on Flash Famous by Teetan on Pretty Bauhinia. 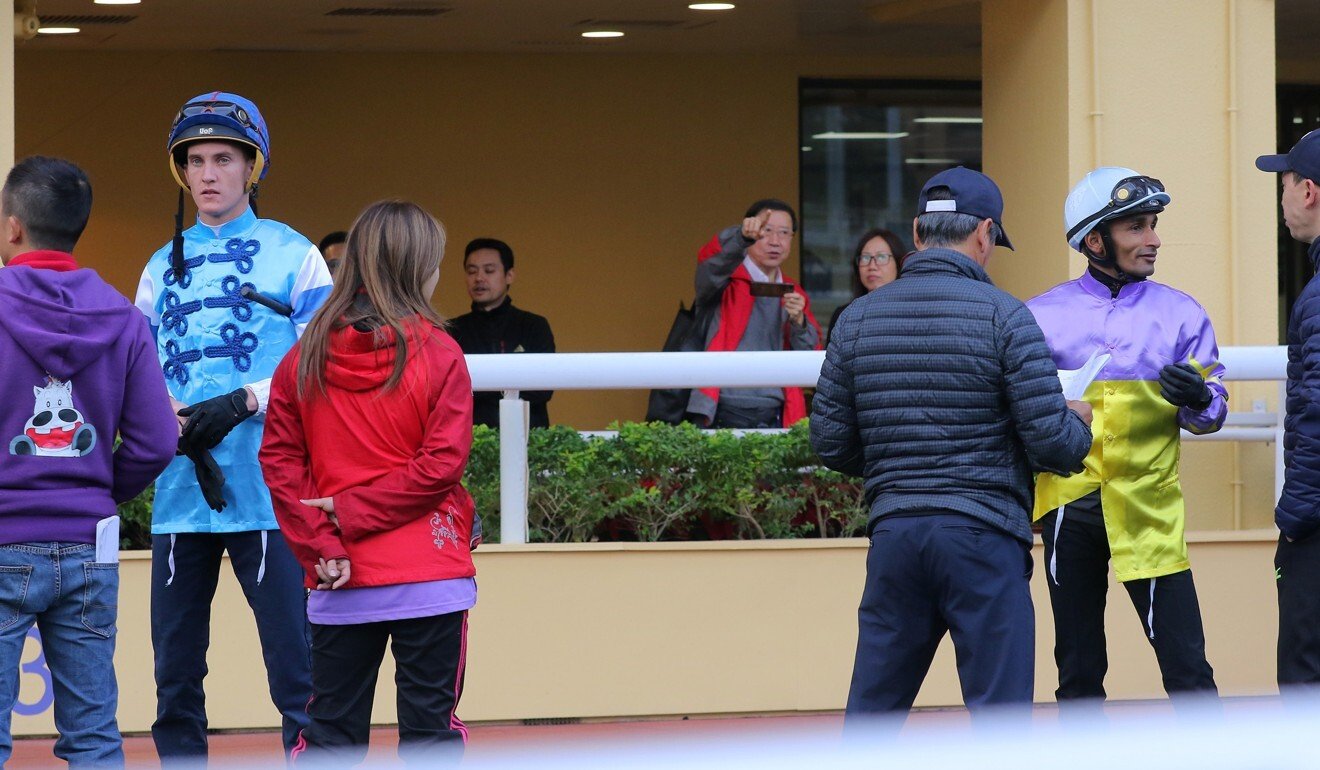 While no punches were thrown, there was a brief skirmish in the jockeys’ room which later caught the attention of the stewards.

“The stewards heard a complaint from Teetan in respect of an alleged altercation which occurred in the jockeys’ room between himself and Schofield following the running of race five,” the stewards’ report said.

The incident ended up costing Schofield HK$30,000 in fines.

No horse has been more costly to punters this season than the Me Tsui Yu-sak-trained galloper.

After looking like a winner in waiting earlier in the season, Exponents did not manage a single victory in his 15 starts this term. 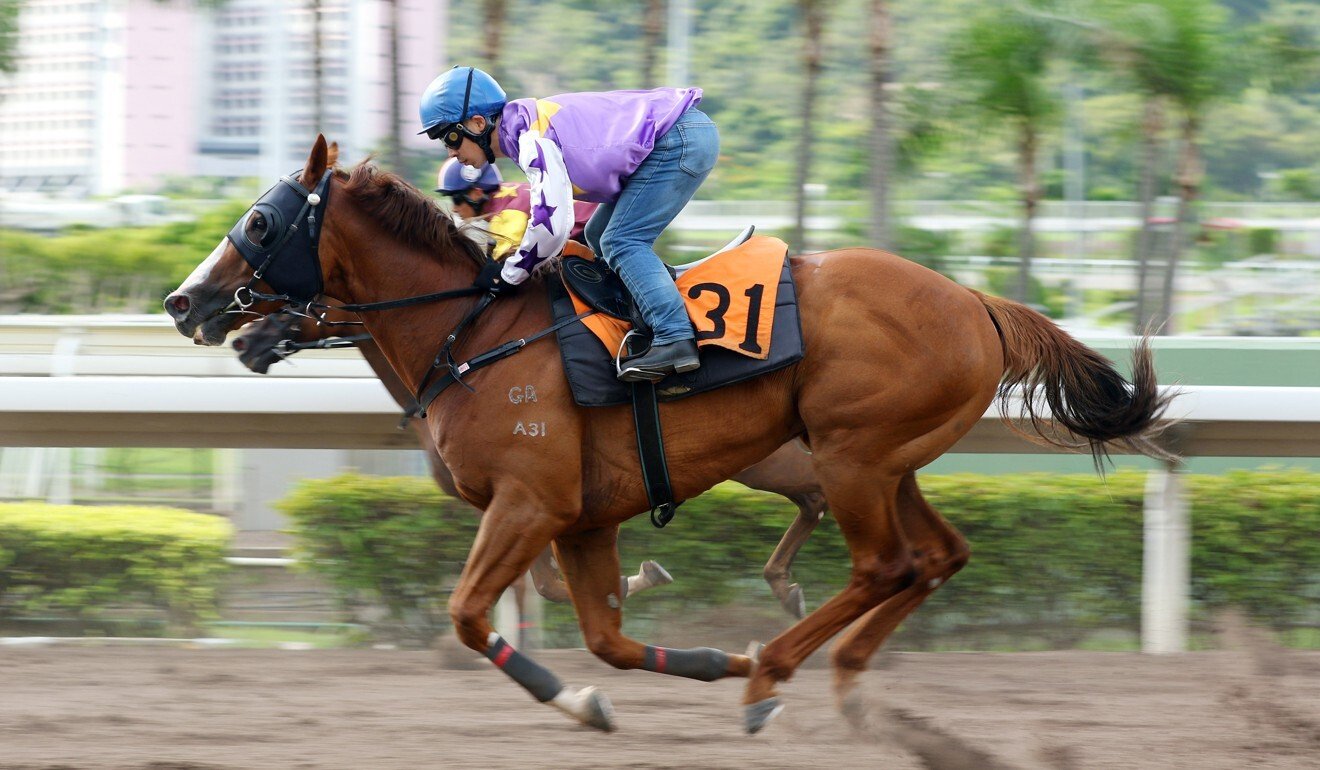 While punters may well have nightmares about Exponents, he will no longer be a problem with Tsui electing to retire the veteran at the end of the season.

While the John Size-trained galloper has chalked up a win this season, he was beaten at single-figure odds nine times in 13 starts.

The three-year-old looks a nice horse for the future but has burnt a hole in the pockets of punters in his short career to date.

No jockey has delivered punters more bang for their buck than Poon this season.

The 25-year-old landed winners at $176 and $160 along with a host of other double-figure results. 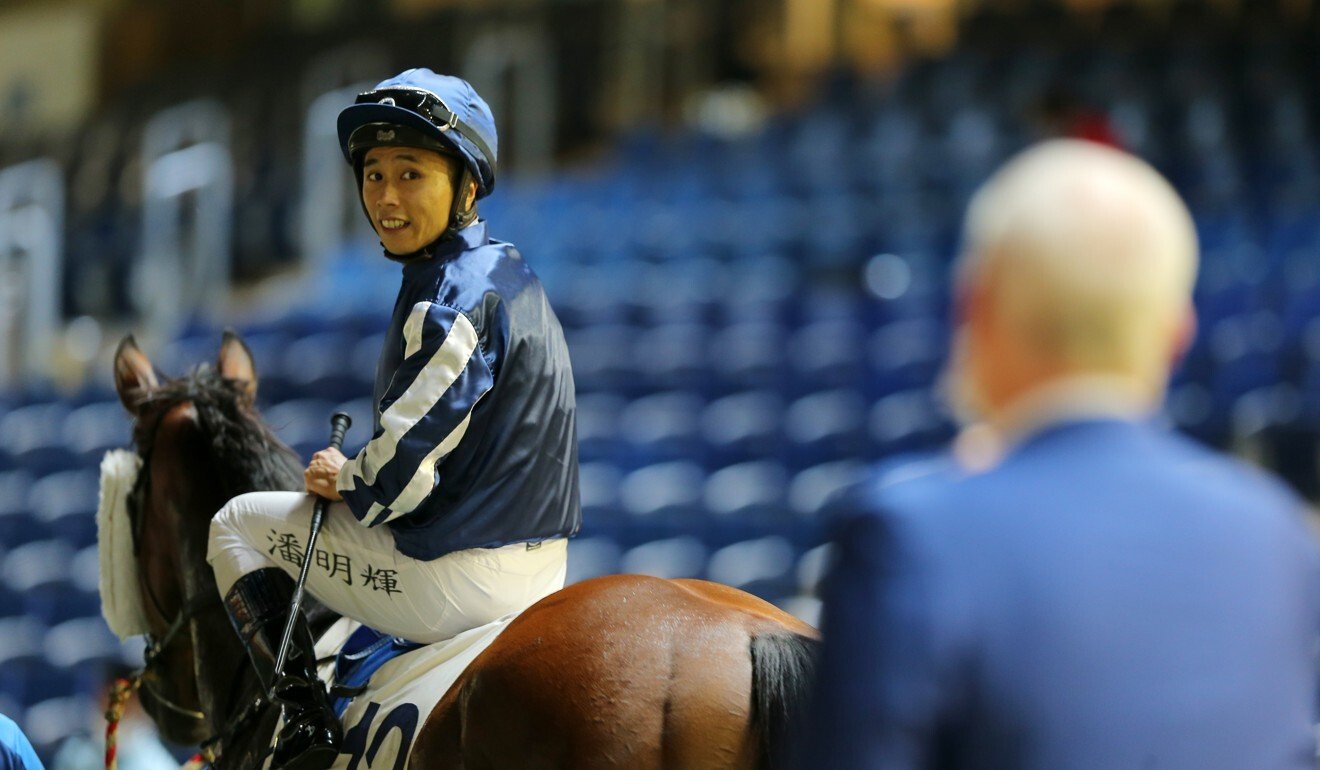 A flat $10 stake on each of his 555 rides this season would have returned $1,422.50, making him one of only three jockeys’ to have a positive return for the season.

In the trainers’ ranks, it was championship winner Ricky Yiu Poon-fai who delivered the goods.