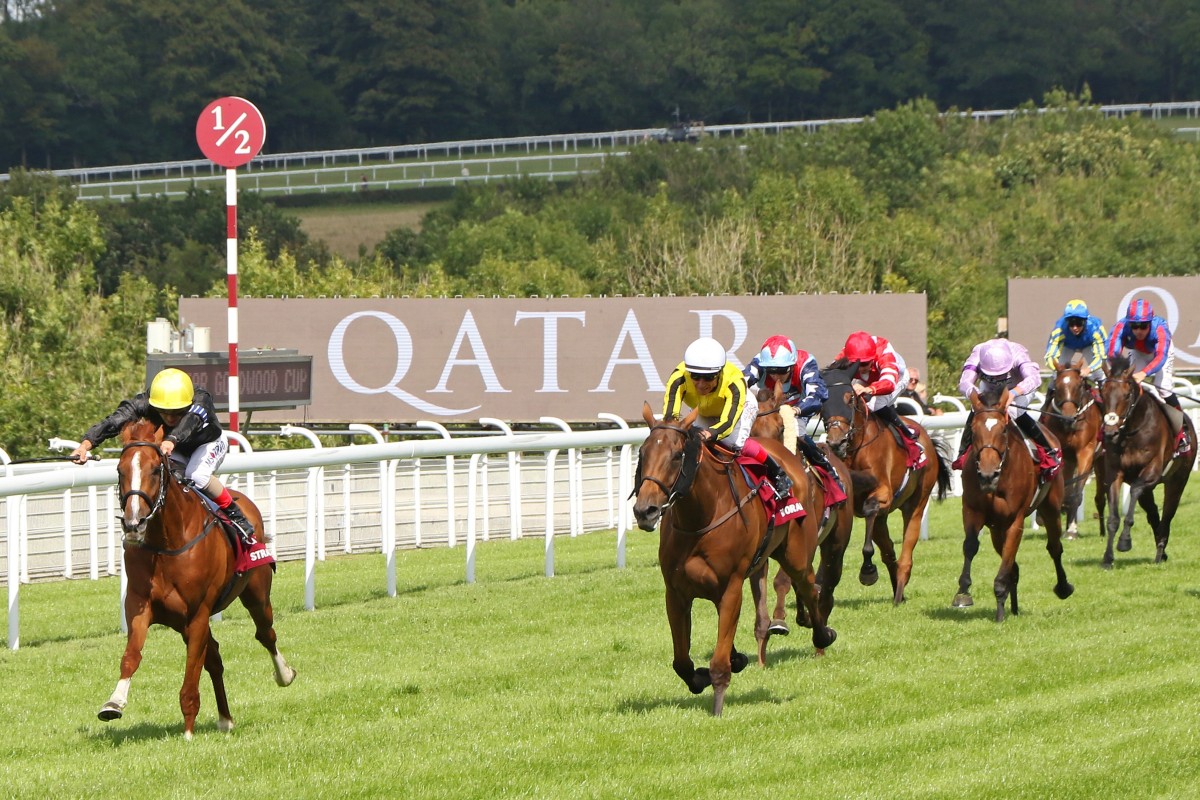 Stradivarius put in the performance of Royal Ascot with a dominant display in the Ascot Cup and now the best stayer on the planet chases a record fourth-straight victory in Tuesday’s Group One Goodwood Cup.

The John Gosden-trained six-year-old produced one of the most breathtaking runs of the year when he thrashed his rivals last start and he is set to start favourite in his next assignment, the feature on the opening day of the famous Glorious Goodwood festival.

Last year, Stradivarius joined Double Trigger as the only two horses to win three Goodwood Cups and he gets a chance to step into unchartered territory against six rivals in the two-mile contest.

The challenge for the six-time Group One winner is weight – he has to give 15 pounds to Aidan O’Brien’s star three-year-old Santiago, who is fresh off a victory in the Irish Derby.

Bookmakers think it is basically a race in two – third elect Nayef Road is 14-1 – and Gosden is looking forward to the challenge.

“It is a big ask for Stradivarius to give 15 pounds over two miles. I think it is a really fascinating contest,” said Gosden, who tasted more top-level success on Saturday with his gun mare Enable, who won the King George VI and Queen Elizabeth Stakes for the third year in a row. “Santiago looked pretty quick on his feet to me around here and I think he will handle it. Our fellow handles it.”

It kicks off a big five days of racing, with the Group One Sussex Stakes the headline act on Wednesday.

Irish jockey Colin Keane, who has enjoyed wins at each of the past two International Jockeys’ Championships at Happy Valley, is aboard the favourite Siskin and is out to extend his unbeaten run to six after winning the Group One Irish 2,000 Guineas.

There is another Hong Kong link during the day’s proceedings with former Jockey Club steward John Pearce having a Group Three named in his honour.

Like Stradivarius, superstar sprinter Battaash has dominated the King George Stakes in recent times and also chases his fourth straight win in the 1,000m Group Two.

“Battaash came out of the King’s Stand [Stakes] really well. He has been fresh since then and he goes into Goodwood in similar form to last year,” trainer Charlie Hills said. “I couldn’t be happier with him at this stage.”

While no fans can attend the first four days of the meeting because of the Covid-19 pandemic, 5,000 people will be allowed in on Saturday as part of the government’s pilot scheme to reintroduce crowds to sporting events in England.