Out of action with a heart issue since February, the talented galloper returns on Sunday after completing thorough health checks 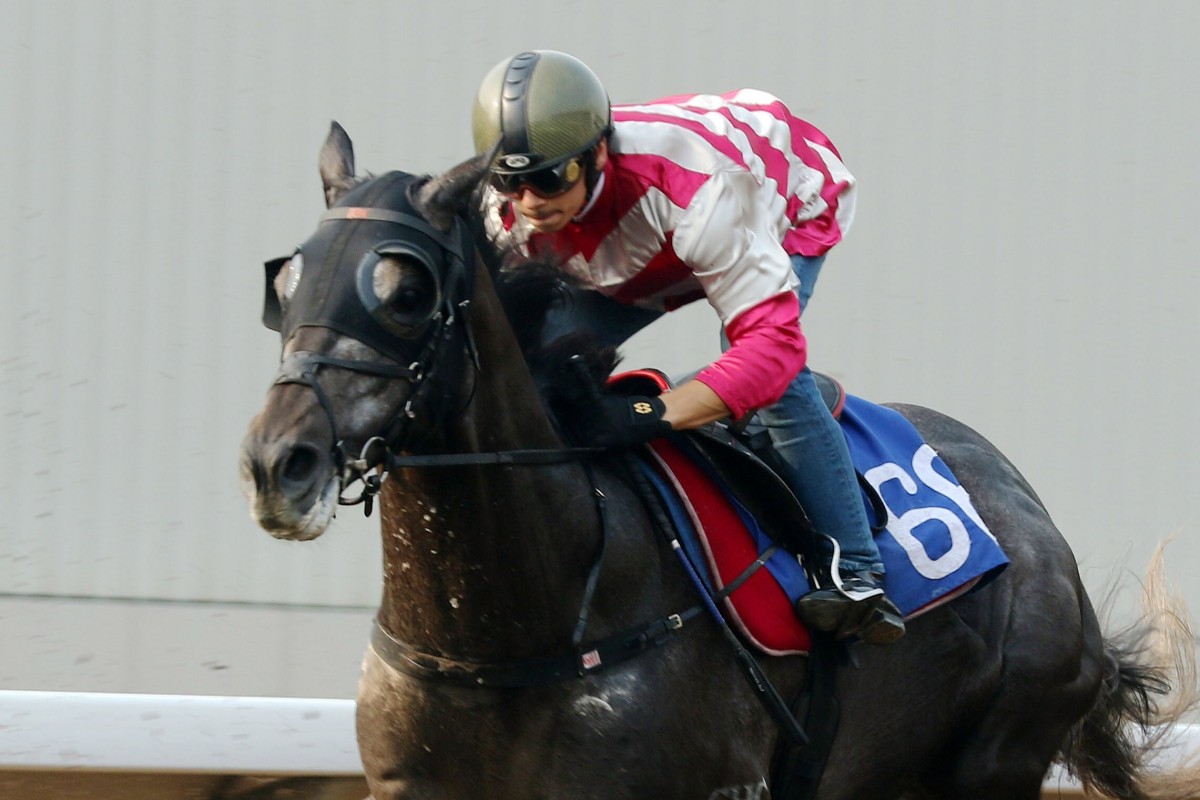 Legendary jockey-turned-trainer Douglas Whyte has seen nearly everything there is to see in racing but he admits he experienced a first with talented galloper Enjoying recently.

Withdrawn from last season’s Hong Kong Derby due to a heart irregularity for his former trainer John Moore, Whyte was tasked with getting the grey back to the races but it was anything but a straightforward task.

Enjoying was forced to pass a number of electrocardiogram (ECG) tests before he was given the OK by Jockey Club officials to return to the track, meaning Whyte was in the hot seat while the tests were performed during his track work. 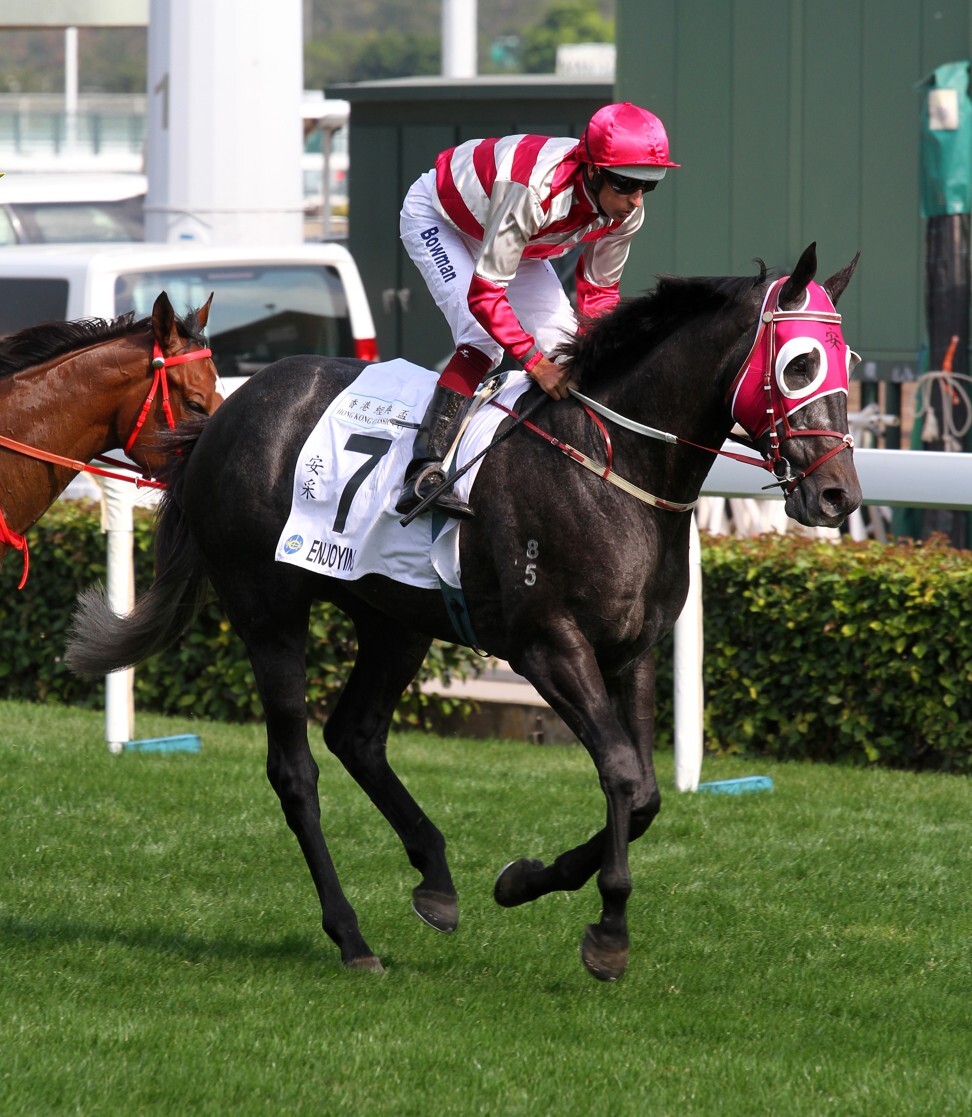 “It has taken me a long time to get him passed through the regulations and rightly so,” Whyte said. “I have done three ECG tests and then another one with a box, which they then send off to the UK to be analysed there and they send the information back.

“He has had girths on, ECG monitors on his back, I have galloped him with all the wires hanging off and all of that so thank goodness he has passed.

“He would be the first horse that I have had to do that many tests to. He has had to really pass an astronomical amount of tests.

“It is a good thing because safety is the number one issue. It is tedious work but once they do it, they are always vulnerable to it again.”

Here's what trainer John Moore had to say ahead of today's assignment... #4YOSeries #HKracing pic.twitter.com/Xlyz2UYmdi

Bought as a middle-distance horse, Enjoying will resume racing over an unfamiliar 1,000m trip at Sha Tin on Sunday as Whyte begins the slow process of getting him back to the races.

“There is a mile coming up along with an 1,800m race but is that the right thing to do first-up with a horse that had that problem? I thought about it and thought possibly not,” Whyte said.

“I want to get the rustiness out of him and get that racing education back, he has been off the track for a long time so it is a nice place to start him.

“He is going there with the knowledge from all of us that he’s there to do his best but at the same time he will be getting the rustiness out and the competitiveness back into him.

“He has never, ever indicated to me that something was off, if anything he has always worked too well. That’s what worried me about running over the mile, he might try too hard because he’s that willing. 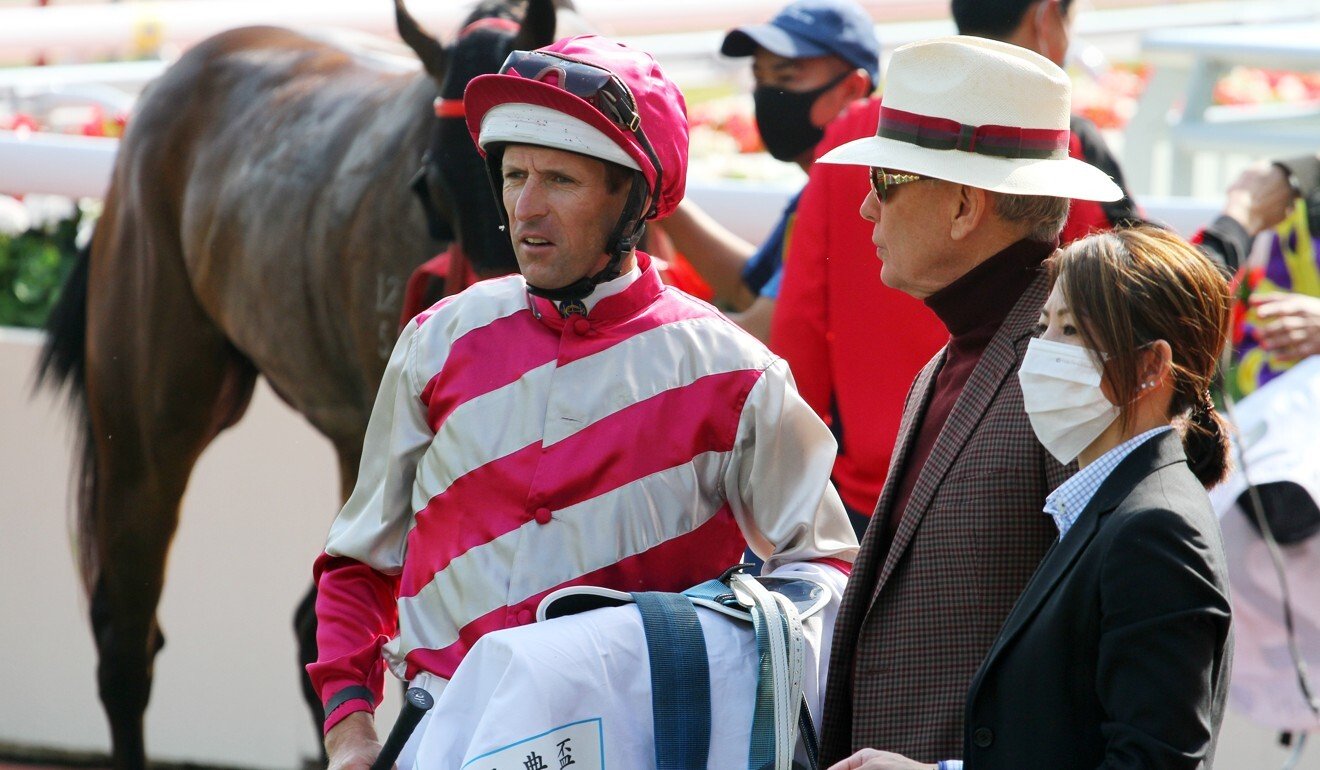 “Over 1,000m he can try as hard as he wants but the winning post will come when he’s getting rolling.”

After being touted as one of the leading Derby hopes following a barnstorming run in the Classic Cup under Hugh Bowman, Whyte is well aware of Enjoying’s potential should he remain sound.

Currently rated 95, he will have to carry the top weight in the Class Two Ho Man Tin Handicap (1,000m) against the likes of Hong Kong Win, Band Of Brothers and Lucky More.

Recently granted a licence to train out of the Jockey Club’s Conghua training facility in mainland China, Whyte has expanded his stable numbers to 70 as he looks to build on last season’s winning total of 44.

“I have got 18 up there now, Simply Fluke was my first runner from there and I think they are benefiting from it,” he said. “I have seen it as a big positive, you get to use the spa facilities, the water treadmill and those things so the horses in general seem more content there.”

Whyte will also race the likes of Will Power, Inner Flame and Adonis on Sunday. 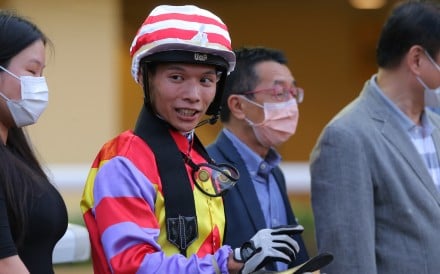 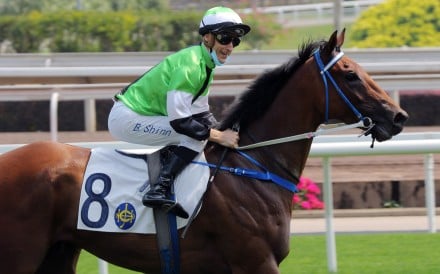 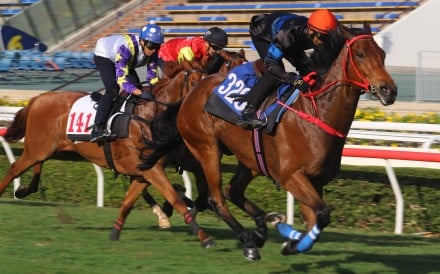