Trainers and jockeys pay tribute to the champion Irish rider, who died on Tuesday after a battle with pancreatic cancer 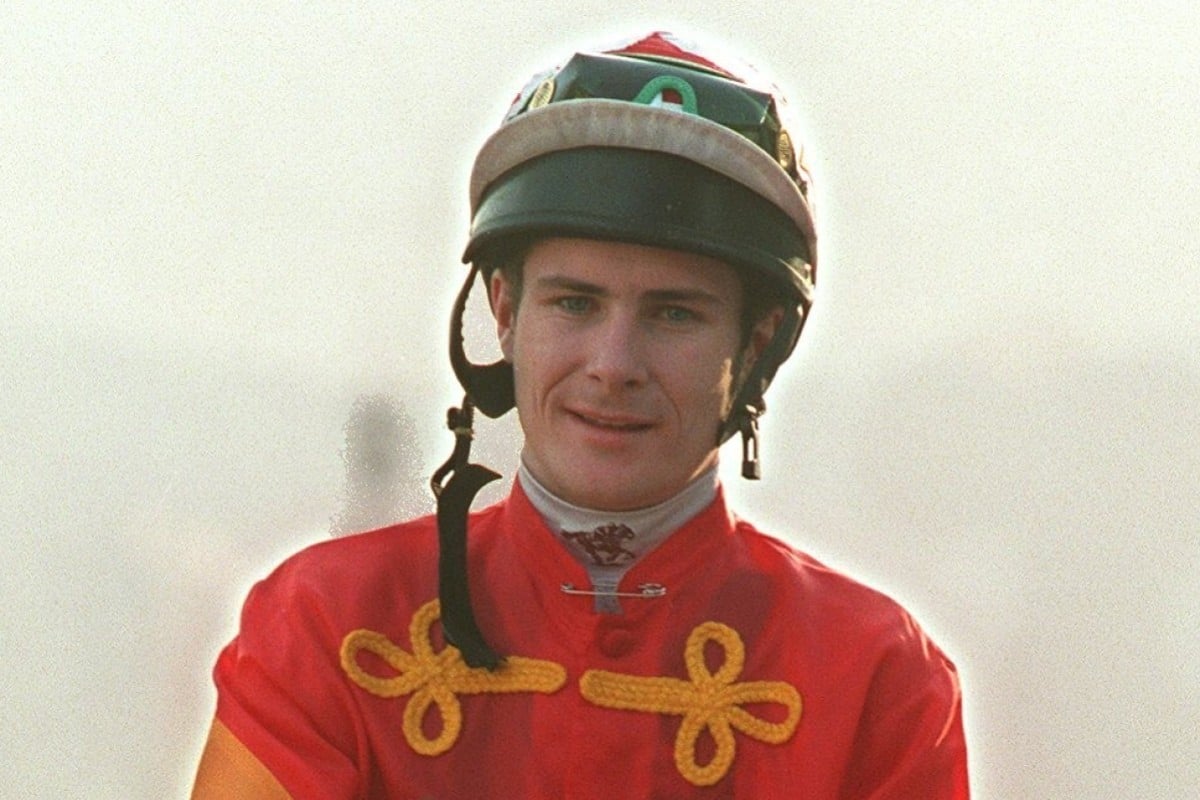 Pat Smullen returns to scale after winning his first race in Hong Kong with Wishes in December 1999. Photo: SCMP

Trainer Richard Gibson has paid tribute to champion Irish jockey Pat Smullen, dedicating his win in the opening race at Happy Valley on Wednesday night to the popular rider, who died from pancreatic cancer aged 43 on Tuesday.

Smullen – a nine-time champion jockey in his native country – won a host of big races, including the Irish St Leger with Vinnie Roe in four consecutive years and the Derby at Epsom with Harzand in 2016.

He was a regular visitor to Hong Kong throughout his career, winning four races during a winter stint in the 1999-2000 season, while competing at the Hong Kong International Races four times and also taking part in the International Jockeys’ Championship.

After Gibson took out the opening race with All You Know, he made a point of acknowledging Smullen.

“I’m wearing a black tie tonight in respect to Mr Patrick Smullen,” Gibson said. “I think it’s very important the Hong Kong community recognise his brilliance as a jockey and his brilliance as a man. I was very lucky that he rode for me here in Hong Kong so my thoughts are with his family tonight.” 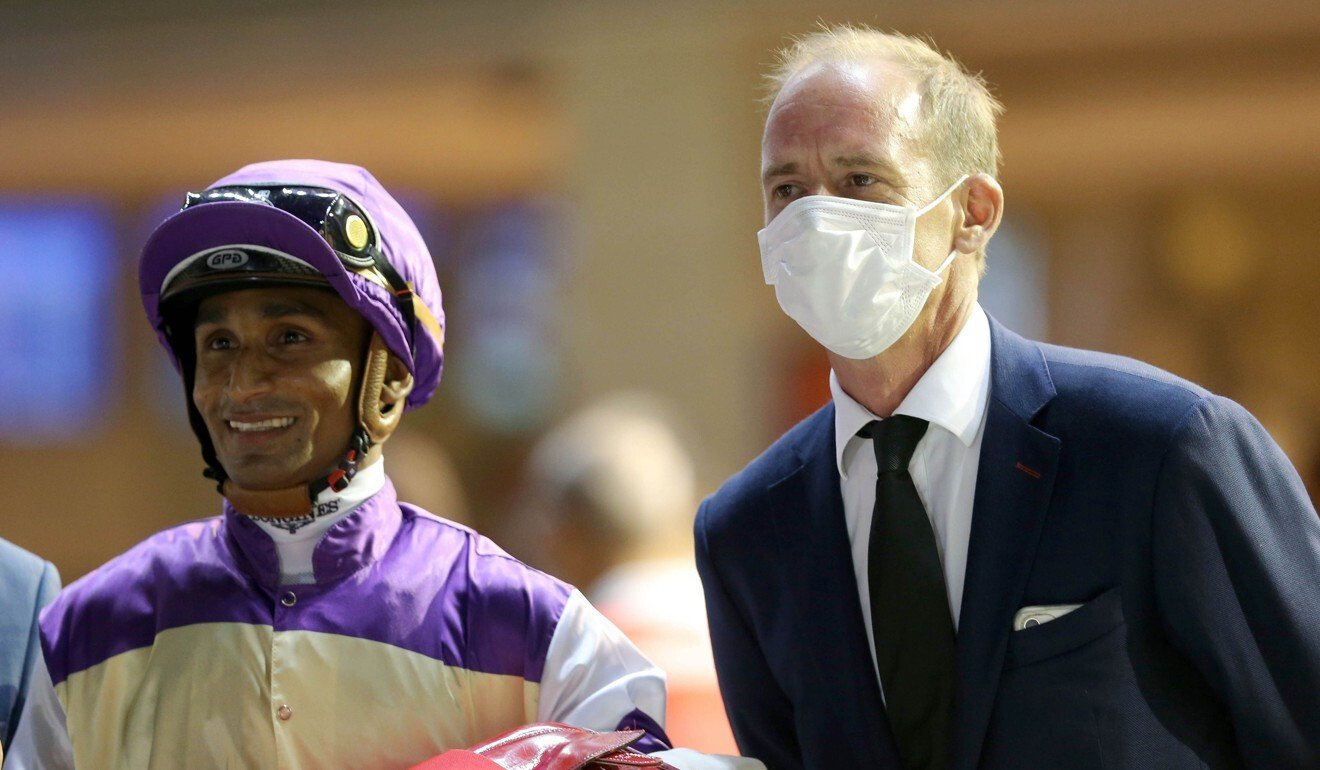 Gibson was not the only member of the Hong Kong racing community to be mourning Smullen, with fellow Irishman Neil Callan remembering his friend.

“I have not felt this sad in a very long time,” Callan tweeted. “Sleep well my good friend. There [are] too many words to describe how good a man [you] are, you will never be forgotten.”

I have not felt this sad in a very long time ! Sleep well my good friend. There is too many words to describe how good a man u are, you will never be forgotten. #Pat #Champion #Legend #inspiration pic.twitter.com/idAo3huEXx

“One of the greatest jockeys but more so a true gentleman of the sport,” Whyte tweeted. “Proud to have been a friend.”

Proud to have been a friend https://t.co/w22V81xYRw

One of Smullen’s wins in Hong Kong came aboard Taurus for Lawrie Fownes and his son Caspar, who is currently leading the trainers’ championship, also paid his respects.

“It’s very sad what’s happened, very sad,” Fownes said. “It’s just cruel when it happens, you’re hoping they can beat it then when it takes a turn the other way it is heartbreaking.” 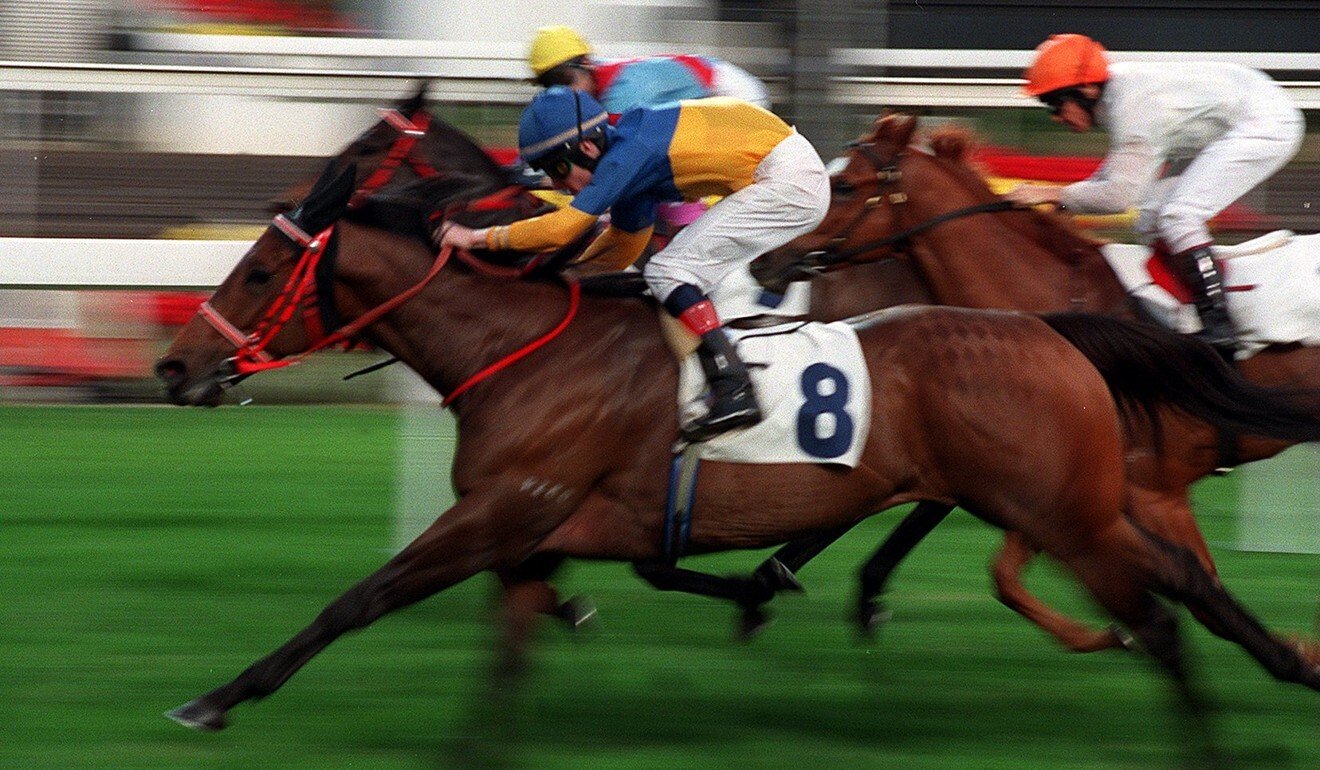 In terms of the racing on the night, Fownes continued his exceptional start to the season with a treble, tasting success with Shamport, Lightning Steed and Green Aeon.

The “King of the Valley” now has seven wins from the first four meetings – four more than any other trainer – and hopes he can maintain the momentum.

“The plan was to put the foot down and have a go and see if we can put pressure on the big boys and make my presence felt,” Fownes said. “I’m very happy – the horses are racing well and we’ve got something to work with.

“We’ve got a nice team spread across the classes so we’ll give ourselves a chance to get a few winners here and there and see how long we can maintain it.”

'King of the Valley'

Star jockey Joao Moreira also finished with a treble, partnering two of Fownes’ winners in Shamport and Green Aeon, while also adding V Chevaliers to give Manfred Man Ka-leung his first win of the term. Fownes’ other victory came for Matthew Chadwick, who led all the way on Lightning Steed to get himself off the mark for the term.

The latter was the second of a double for Karis Teetan, who also piloted All You Need home in the opener.

Me Tsui Yu-sak and Chad Schofield combined for the other winner on the night, Apollo’s Bow, who took out the third race.