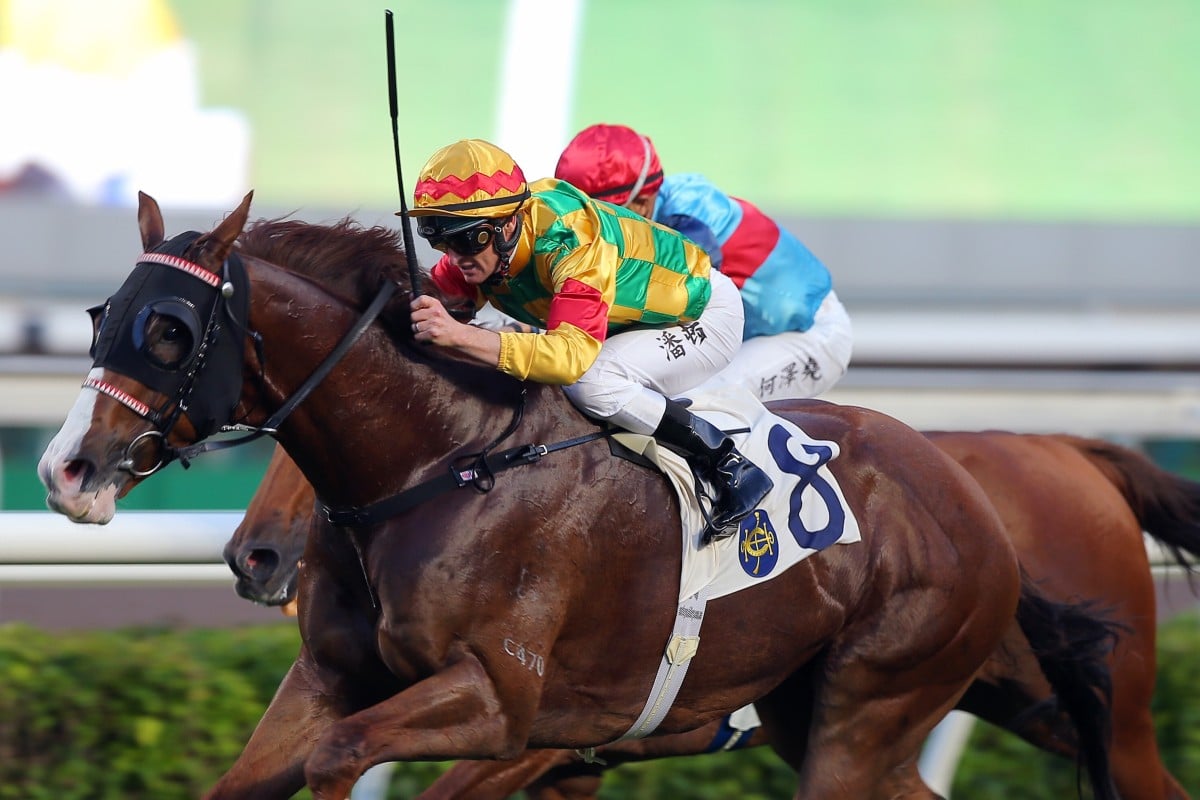 Two up-and-comers have given Hong Kong racing a glimpse of the future after securing impressive wins at Sha Tin on Thursday.

Both Mighty Giant and Sky Field put their rivals away in style on National Day, giving their trainers reason to dream big.

Ricky Yiu Poon-fai was bullish about the possibility of putting Mighty Giant on a collision course with headline miler Golden Sixty should he continue his march through the grades.

“I hope I can race with Golden Sixty one day, maybe in time when he goes up over 100 rating,” he said following Mighty Giant’s win in the Class Two Beijing Handicap (1,400m) on Thursday. “We will think about stepping him up over a mile in time. They all laughed and said ‘what, run against [Golden Sixty]?’. I’m not saying I can beat him but you never know, there is a long way to go. He is only [rated] 87 but it’s good to aim for something.”

The five-year-old did it the tough way after being forced to burn the candle at both ends, holding off Not Usual Talent and Star Shine in the finish, impressing his handler in the process.

“With the draw it was tough but the light weight helps a lot. First-up this season, that was a good effort from the horse,” he said.

“He had a really good time up in Conghua, the colour of the horse had changed – he was darker. Some horses when they come back, their colour changes, it’s obvious.

“He is still progressing, still up and coming and Zac [Purton] likes his attitude.”

Meanwhile, Caspar Fownes will not put his promising sprinter Sky Field through a “gut-busting” four-year-old series if he does not correct his race manners by January.

The four-year-old over-raced his way through Thursday’s Class Three Shanghai Handicap (1,200m) but had his class shine through eventually, going on to win comfortably while carrying the top weight of 133 pounds.

“He is still learning, as you can see. It could have all gone wrong,” Fownes said.

“It’s his inexperience, hopefully he learns some more from that race because when they slackened up the pace, it was very easy for him to get on the bit and he wanted to be a bit keen.”

Fownes has conquered the four-year-old series with sprinters before – Lucky Nine won the Classic Mile and ran second in the Classic Cup – but he is not ready to push Sky Field in that direction until he sees some improvement in his racing. 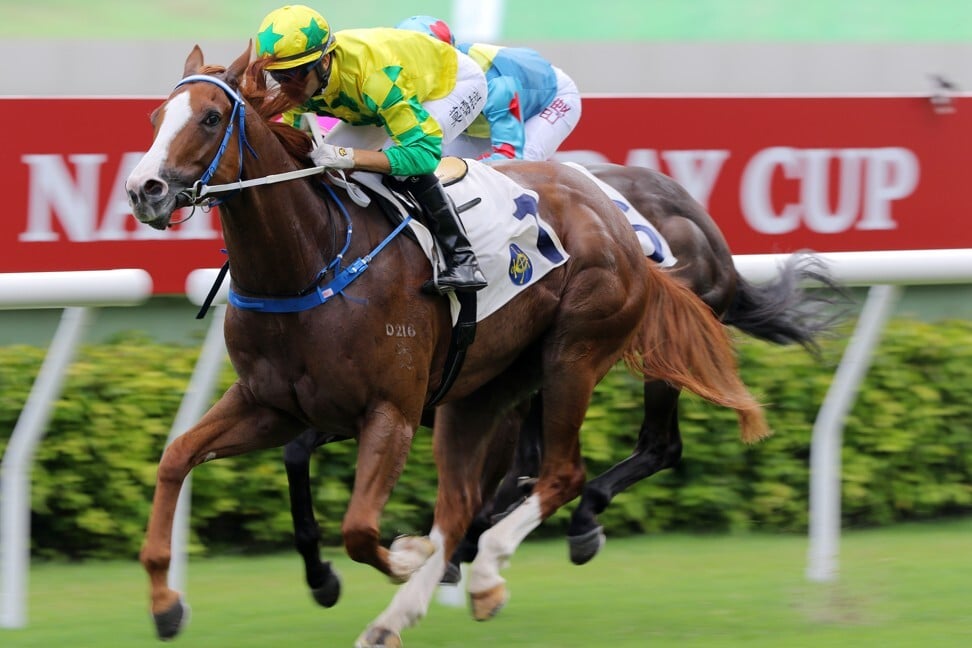 “I am not going to bust a horse just for the sake of it,” he said. “We got there with Lucky Nine, he was a star. He won the mile, ran second in the 1,800m and we could have taken him to the Derby but I said no and backed off him.

“I have done it in the past with a lot of sprinters when we take them up, you can get away with it when you have class and ratings up your sleeve, which he should have come January.

“There is a lot of money on offer so we have to do the right thing by the clients, they have invested heavily over the last few years so they deserve some good luck back towards them.”

Fownes will soon know Sky Field’s potential over a longer trip when he steps the son of Deep Field up to 1,400m at the end of the month.