The veteran trainer’s winning machine is looking to make it five on the trot, while Caspar Fownes’ exciting youngster chases four victories on the bounce Two of Hong Kong’s most exciting up-and-coming gallopers meet for the first time, with Mighty Giant shooting for a fifth straight win and Sky Field looking to ring up four on the trot.

Mighty Giant won first-up for the season on National Day and Yiu said he’s bounced through the run and is ready to continue his climb up the ratings.

While Mighty Giant proved his mettle in Class Two three weeks ago – and has won five times over seven furlongs – Sky Field tackles both for the first time on the weekend and Yiu thinks that could prove telling.

Zac Purton has been front and centre for the entirety of Mighty Giant’s winning streak and is again in the saddle on Saturday, with the chestnut set to lug the top weight of 129 pounds from gate 10.

Mighty Giant’s rating will reach 100 should he salute again on the weekend and Yiu knows his electric five-year-old will be right at home in open company when the time comes, declaring him “100 per cent ready for Group racing”.

Yiu also saddles up Super Mission at Sha Tin, with the veteran trainer hopeful the four-year-old can take the next step this season after two placings from four starts in his debut campaign. 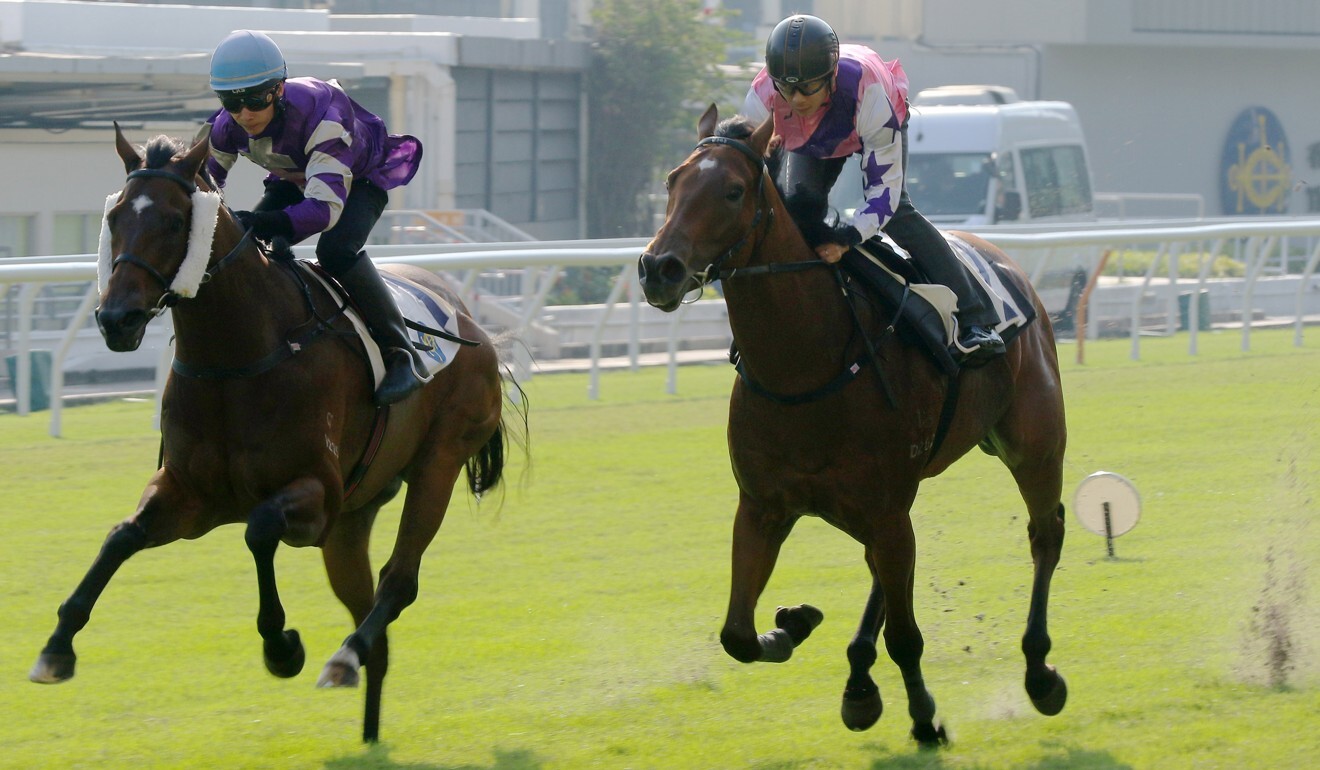 The gelding lines up in the Class Four Nelson Handicap (1,200m) and Vagner Borges takes the ride from gate four.

“He’s one of my up and comers, he’s got a very nice temperament and a good turn of foot,” Yiu said. “A Private Purchase Griffin in Class Four, he should be able to do something.”

Super Mission has produced two solid trials at Happy Valley in the build-up to his seasonal debut and Yiu believes a patient approach has helped the galloper come on since his last race start in July.

“He’s a pretty nice horse and he was only three last season. He’s by Super Easy and they can take a bit of time from that particular sire,” Yiu said.

Super Mission meets another progressive four-year-old in Frankie Lor Fu-chuen’s Everyone’s Delight, who saluted on debut earlier this month and gets another go in the grade.

Yiu’s other runners on Saturday afternoon are Apolar Warrior, Precise Express and Loriz.