Labelled ‘a very nice horse’ by his former trainer, the colt delivers on the expectation with an eye-catching victory at Sha Tin on Sunday 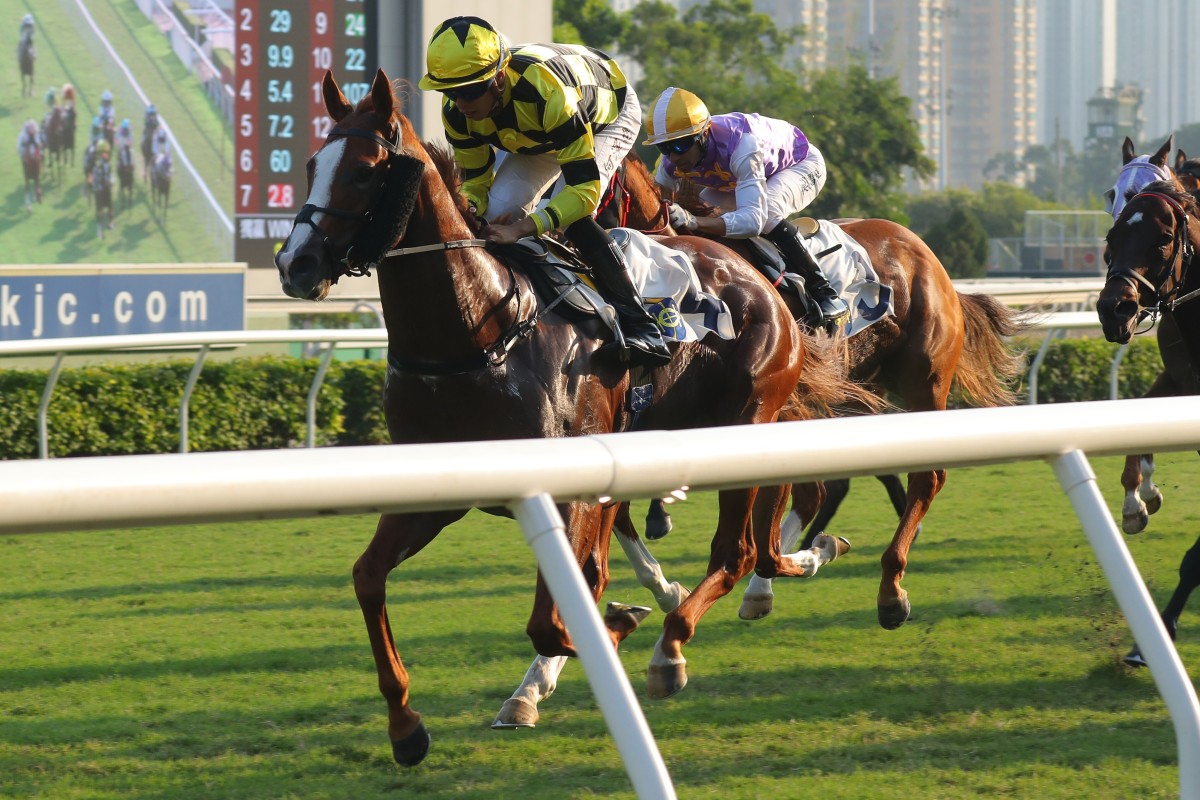 Douglas Whyte knew the quality of horse he was getting when Stronger joined him from John Moore – the retiring legend made sure of that – but it’s been a slow build-up to the four-year-old’s win in the Class Two Aster Handicap (1,000m).

After bleeding in a barrier trial in July, Whyte has been patient with Stronger and he was handsomely rewarded at Sha Tin on Sunday as the colt romped home to post an eye-catching win.

“He just said I’m getting a very nice horse and when John says that you take it on board,” Whyte said of Moore’s handover message.

“He hasn’t run for a very long time and as everyone was well aware, he had his first barrier trial for me and he bled so I’ve given him time to recover.

“I sat on him and I did a lot of trackwork on him before I sent him to Conghua and he’s just a dead-set sprinter with a good brain.

“He’s got a great temperament and he gives you a good feel. Those kind of horses, if you can prepare them and get them right on the day, they are always going to deliver.” 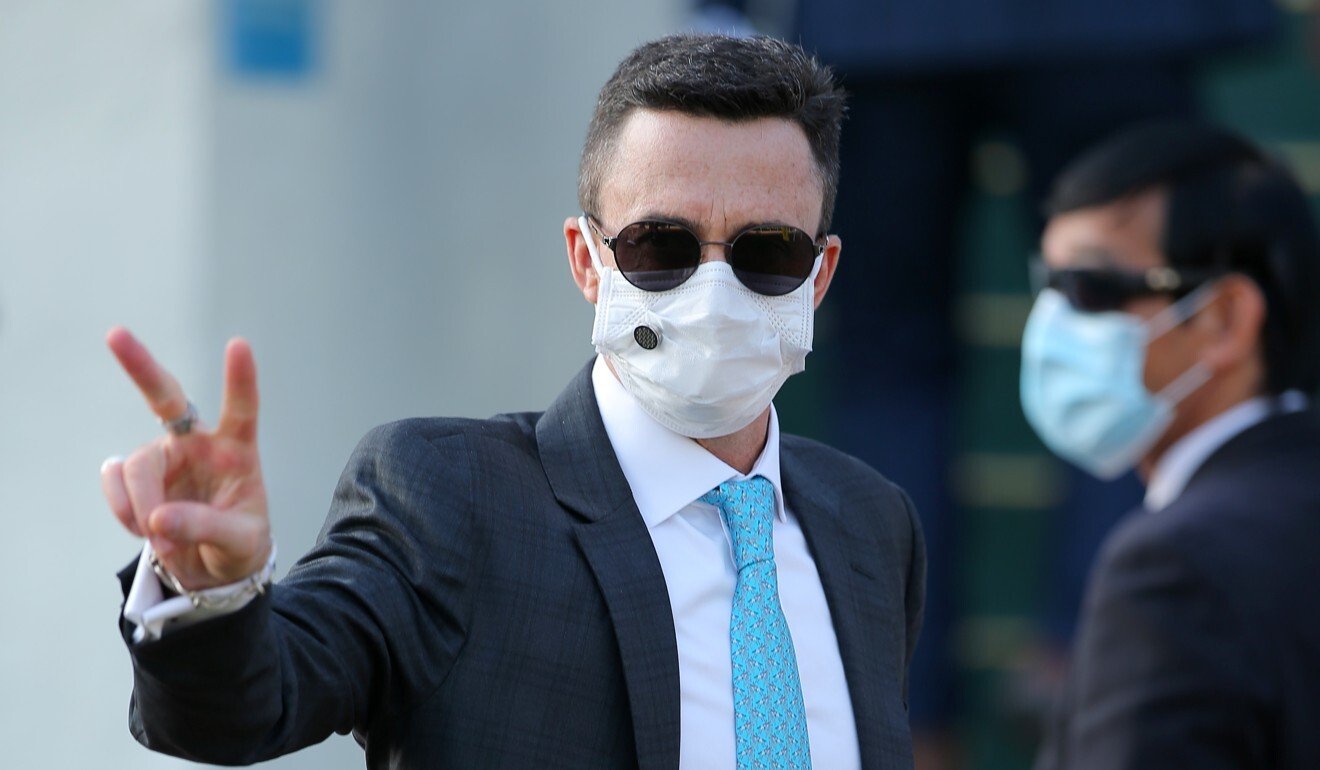 After winning at Group Three level in Australia, Stronger managed one Class Three win from nine starts under Moore.

He took the next step by saluting in Class Two on Sunday and Whyte believes it could be time for Stronger to return to Group company, suggesting the Group Two Jockey Club Sprint (1,200m) on November 22 is firmly on the table.

“It’s a possibility, I will tell you he’s had a good, sound preparation but not a gut-buster of a preparation,” Whyte said.

“The way he won today, I expected him to run well but he’s shown a bit of tenacity and he really let down. 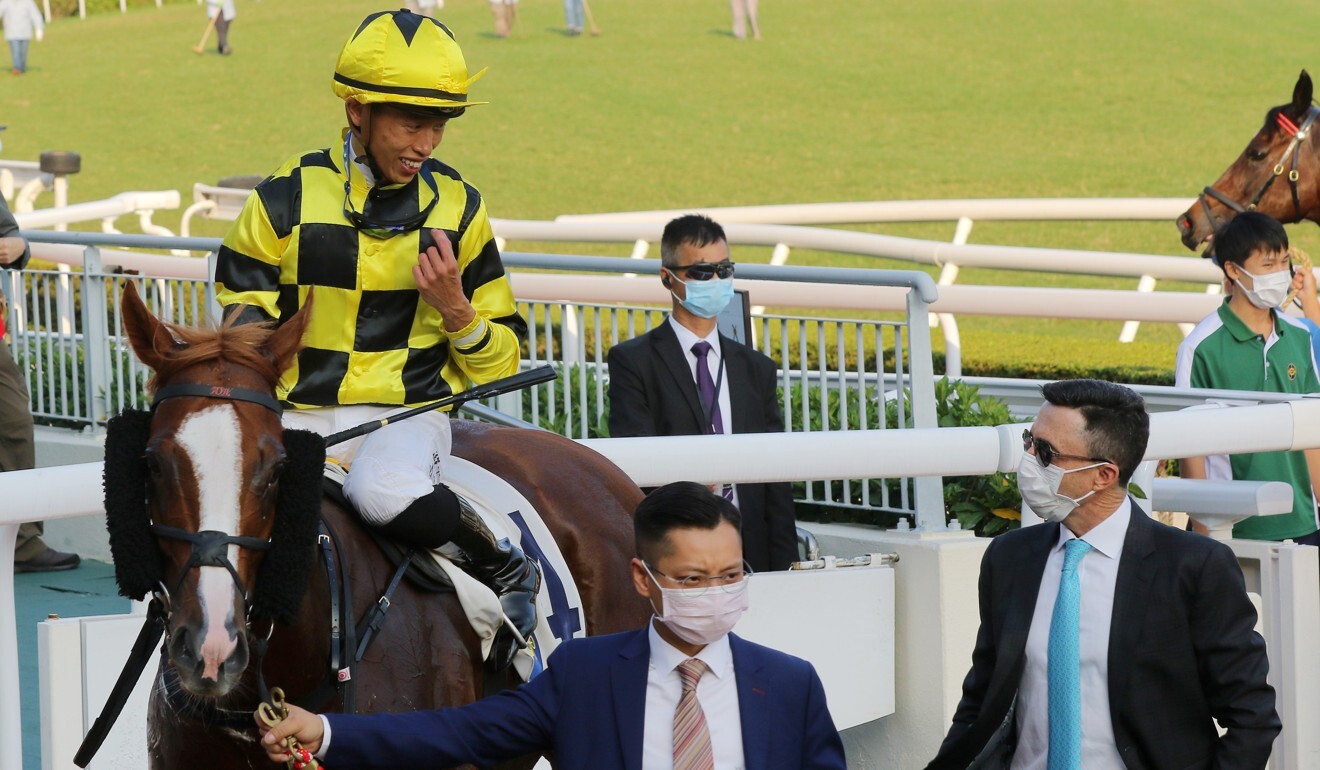 “Depending on how he pulls up, that could be a race that we lean towards. I think 1,200m is very suitable, it was just my choice to run him 1,000m first-up.

“We’ve done a lot of work on him health-wise so I didn’t want to stretch him further than 1,000m first time but I don’t see any problems with him going 1,200m.

“We’d rather go for bigger things than just look for another small race – a 105 and below or a 100 and below. He’s well-matured now and it’s time for him to show us what he can do.”

In his first run since June, Stronger settled just forward of midfield from gate seven before working through his gears from the 400m to go past leader Multimillion and salute by one and a quarter lengths.

Authentic Champ charges down the outer to record his first win for @Vincenthocy and Jimmy Ting. #HKracing pic.twitter.com/jk9SpHzde9

The speedster stopped the clock in a swift 55.26 seconds under Vincent Ho Chak-yiu and Whyte is confident there is plenty of improvement to come.

“That was his first run for a very long time and in my experience, coming off a win like that horses tend to get better,” Whyte said.

“You could see in the parade ring he was still a little bit heavy and I think there’s something to work with. He’s a horse who has got ratings points in hand to go further.”

The win was the second of a running double for Ho, who also took out the second section of the Class Four Rose Handicap (1,400m) aboard Authentic Champ.