The talented apprentice continues his excellent form this season with victories on Demons Rock and Gunnar, giving him nine wins from his past five meetings Talented apprentice Jerry Chau Chun-lok has won the tick of approval from Hong Kong’s trainers with his excellent form this season, but his advantage will narrow after he waved goodbye to his 10-pound claim with a double at Sha Tin on Wednesday night.

The young gun has shown marked improvement this campaign – rattling off 13 victories from 85 rides at 15.3 per cent – to trail only championship leader Joao Moreira (22.5 per cent) in terms of strike rate.

Chau has nine winners from his past five meetings but after reaching the 20-win milestone, he will only have a seven-pound claim as he chases the next 25.

Trainer David Hall, who provided the 20-year-old’s first winner on the card in Demons Rock, doesn’t think that will be too much of a hindrance though. 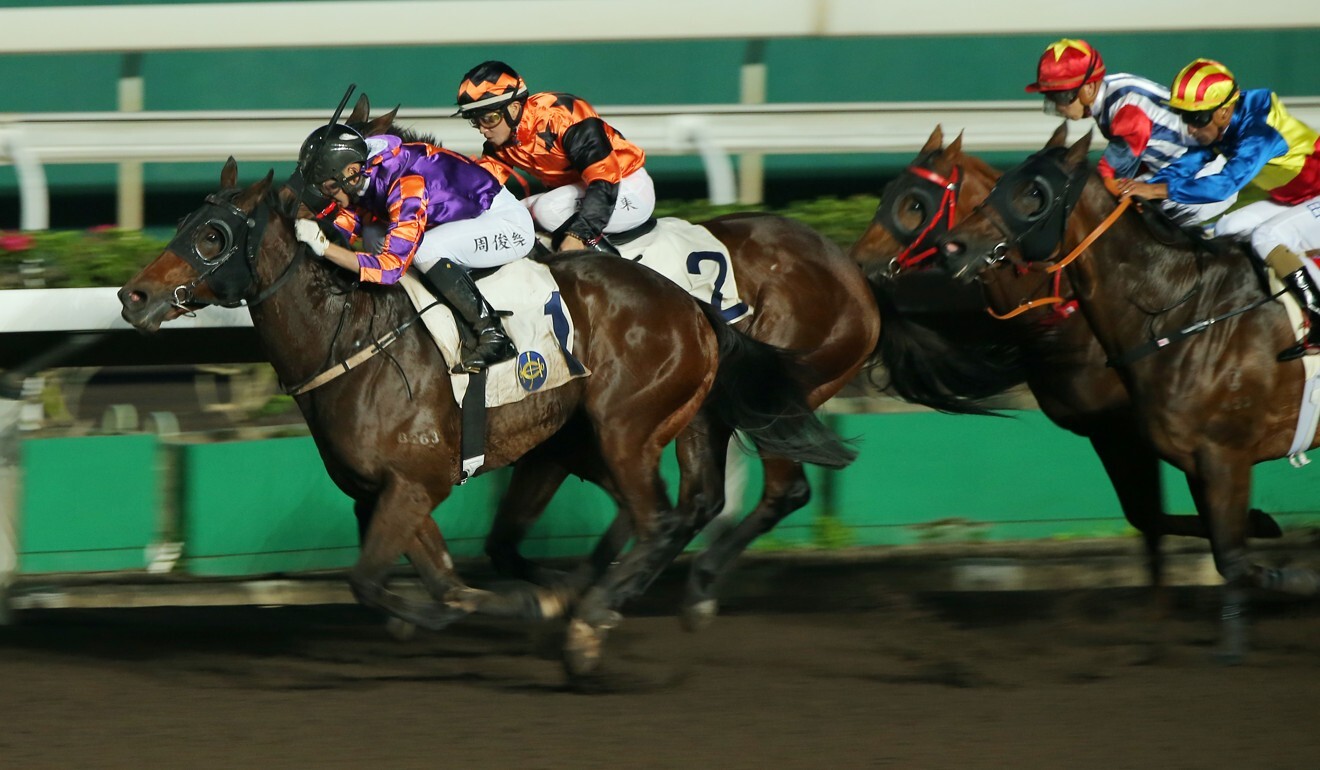 “Jerry is flying,” Hall said. “He was probably a pair further back than he thought he was going to be, but he had a pretty cool head and he handled the job really well. Even with seven pounds, I think he’s going to be quite useful.”

Hall and Chau have built a terrific record together, combining for three wins and four placings from nine rides.

“Maybe I’m just picking the right ones to utilise the claim but I think everyone can see he’s improving every week he is here – he’s on the right track,” the trainer said.

Chau’s second victory came aboard Caspar Fownes’ Gunnar in the first section of the Class Four Tin Ha Shan Handicap (1,200m), with the five-year-old leading from barrier to box and cruising home by four and a quarter lengths.

“It was a good ride for the boy, so we’d planned it for a while and thanks to [Chau’s boss Douglas Whyte] for letting me put him on,” Fownes said.

“It was nice to see [Gunnar] finally do something like that, get a nice result for the owner.

“When we bought him we thought we were buying something quite nice – he’s a very consistent horse but it’s taken a while to get his second win.

“He’ll get a penalty for the margin, but he’ll go to Class Three and hopefully he can do the same sort of thing and if he can be competitive in Class Three then he’s done his job.”

The win also completed a double for Fownes, who tasted success with Sweetly Baby (Vincent Ho Chak-yiu) in the second race.

Fownes now has 19 winners for the campaign and has cleared out atop the championship table, six clear of Tony Cruz and Francis Lui Kin-wai, who both added to their totals on the programme.

“That’s what we try to do, just keep knocking the winners in,” Fownes said. “Even if they come at me, I’ll just keep going – it doesn’t matter. I’m out there to do my best this year.” 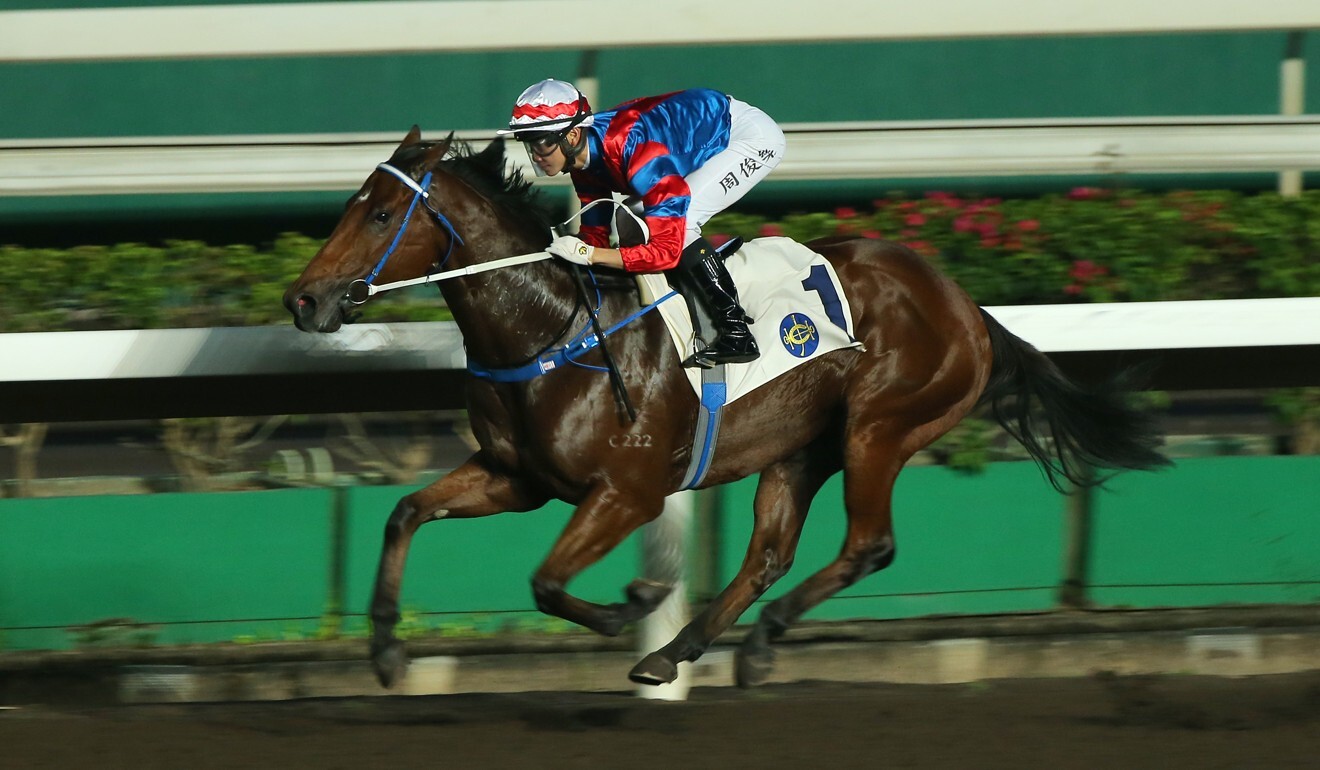 Lui had a “Patch” double with Matthew Poon Ming-fai, the two joining forces on Elite Patch in the third race before Lucky Patch ran over the top of his rivals in the Class Three Pyramid Hill Handicap (1,200m).

It was the latter’s first run in Hong Kong after two wins in Australia and he looks to have plenty of upside.

“I think he’s got some ability – he doesn’t just look like a pure sprinter, maybe a sprinter-miler,” Lui said. “He should handle the turf as well. There is still improvement in him, it was only his first run.

“I think the blinkers made the difference because if you look at his form in Australia, he ran with the blinkers on there and even in the barrier trial, they helped.”

In the finale, the Frankie Lor Fu-chuen-trained Kings Shield reminded everyone he’s the best dirt horse in the jurisdiction with a stunning victory in the Class Two Hebe Hill Handicap (1,650m).

Zac Purton jumped straight to the front on the five-year-old and he cruised away to win by three and three-quarter lengths eased down from Star Performance and Glorious Artist.