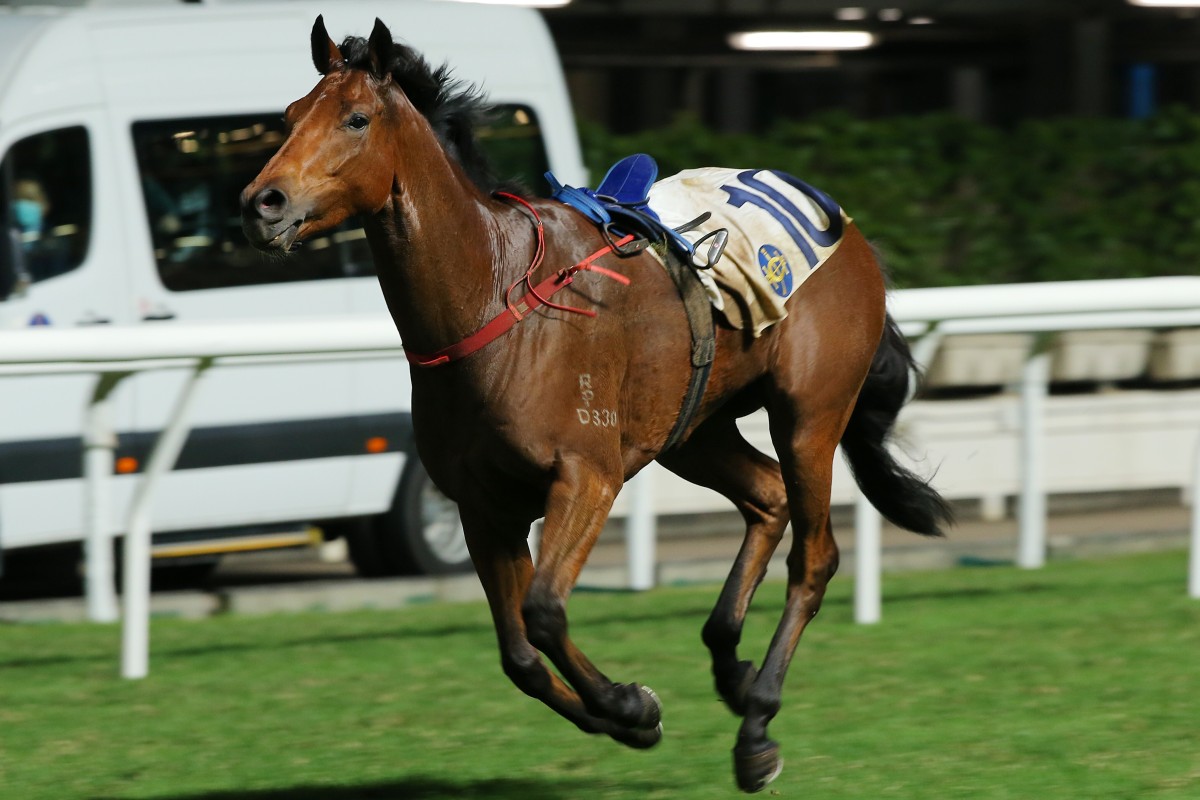 Jockey Matthew Poon Ming-fai has suffered a chest injury after a nasty fall at Happy Valley on Wednesday night.

The talented 27-year-old hit the ground hard when thrown from The Elites in the fifth race, the first section of the Class Four Sai Ying Pun Handicap (1,200m).

Subsequently, The Elites hit the fence – taking out two of the supports – and sent Poon into the turf.

But thanks to the plastic running rail, which was installed at the start of the season and is more forgiving to impact, the gelding got back up and continued on with his only apparent injury a cut on his leg. 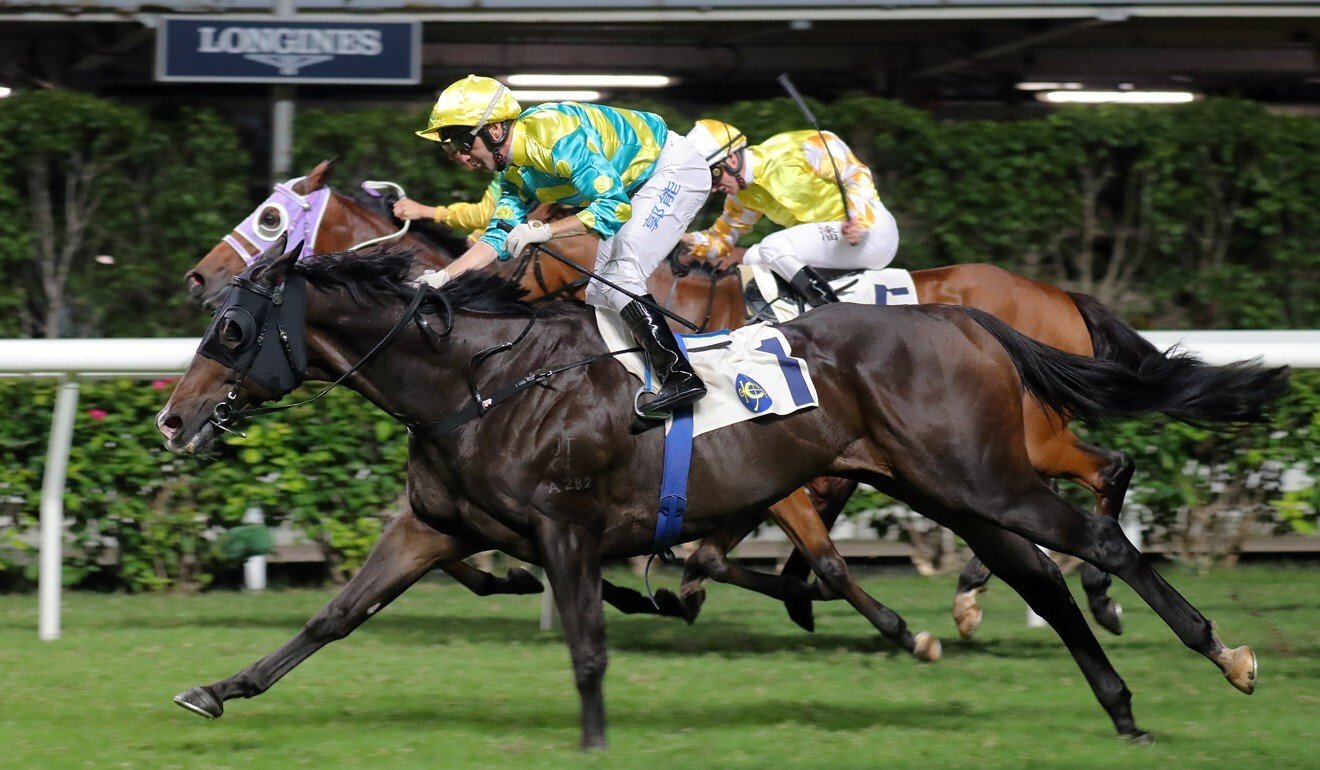 The diagnosis was less kind to Poon, who was taken off the track on a stretcher but was conscious and had full movement in his limbs. He was complaining of chest pain and had difficulty breathing and was undergoing scans at hospital, potentially bringing bruised lungs and fractured ribs into play. He has already been ruled out of Saturday’s meeting.

The fall impeded the back third of the field but it didn’t stop Oriental Elite from going on to claim the race.

It was the first of a double for trainer Paul O’Sullivan and Neil Callan, who teamed up again in the seventh race to secure a long-awaited Hong Kong win with South African Group One winner Lobo’s Legend.

The six-year-old had struggled to show his best since moving to the northern hemisphere with five placings from 19 starts entering the season.

A fierce @neilcallan78 drive gets Oriental Elite home in the fifth race at the Valley! #HKracing pic.twitter.com/eqFalcxdVG

But a switch in stables seems to have worked wonders, with a second and a win from his two runs this campaign.

“His first-up run was good, he just found the 1,000m a little bit short. I was working on the feeling that he probably just wants to run 1,200m and today proved that’s probably what he does prefer, even though he’s a Group One winner overseas over 1,800m,” O’Sullivan said.

“He was aided by a good draw and a good ride, so he got all the favours today and he was lucky enough to win. He’s been placed in Class Two before and he’s always trialled particularly well on the dirt.

“He’s got a lot of American bloodlines in his pedigree, so if we get the option to run in a Class Two on the dirt that’ll probably be our next move.”

Karis Teetan was the stand-out jockey on the card, taking home a treble after saluting aboard Me Tsui Yu-sak’s duo of Best For You and Namjong Plus, while also taking home the opening event with the Peter Ho Leung-trained Chunghwa Jingshen. 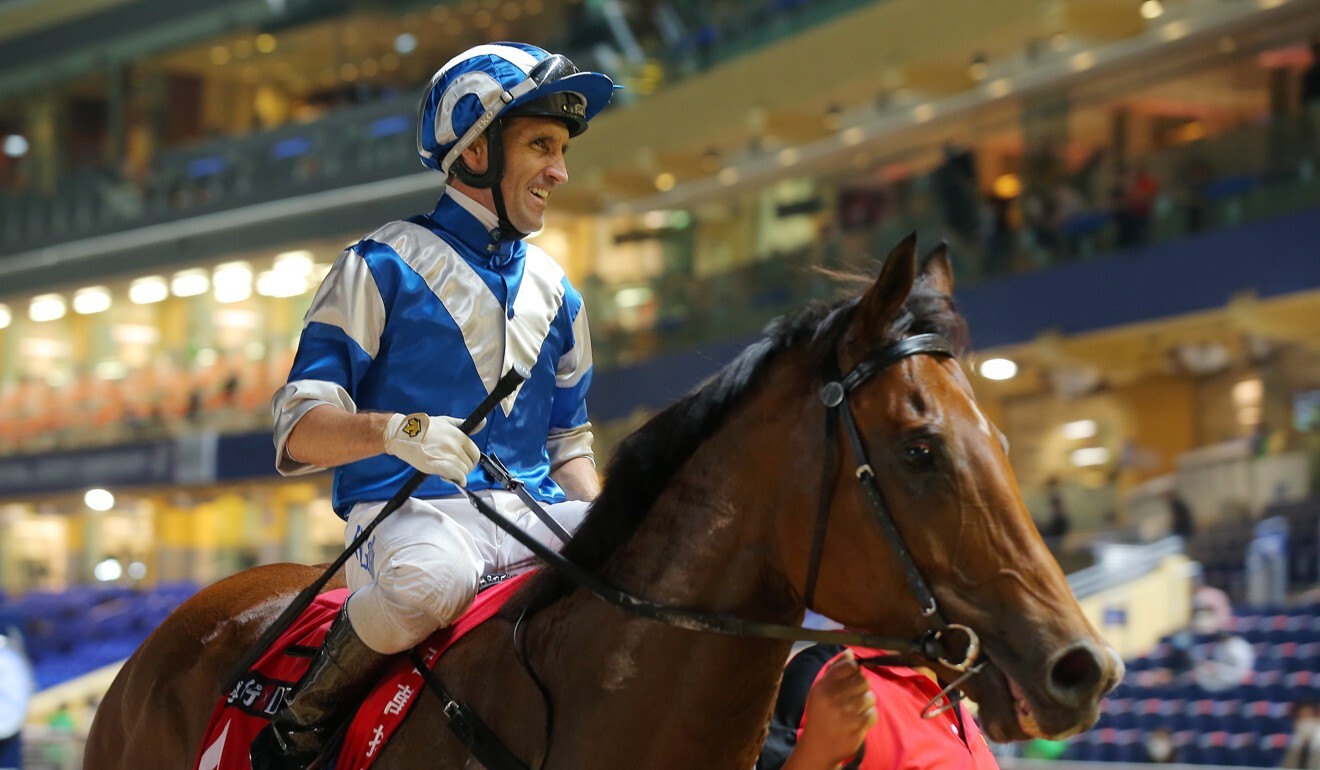 Ho followed up in the second race with Hay Run to secure his first double in over a year, while the surprise results behind him helped deliver a record dividend for punters.

To collect the cash, you needed to select the first four across the line in correct order with Hay Run ($17) edging out Socket Elite ($134) from Young Glory ($8.80) and The Joy Of Giving ($32) to set the new benchmark.

Ho was full of praise for Derek Leung Ka-chun after Hay Run’s performance, the 32-year-old having to work hard throughout to keep the eight-year-old focused.

“He never stopped pushing the horse – that’s why he won the race,” said Ho, who last had a double at the Happy Valley meeting on October 23, 2019 when Very Rich Man and Le Terroir saluted. 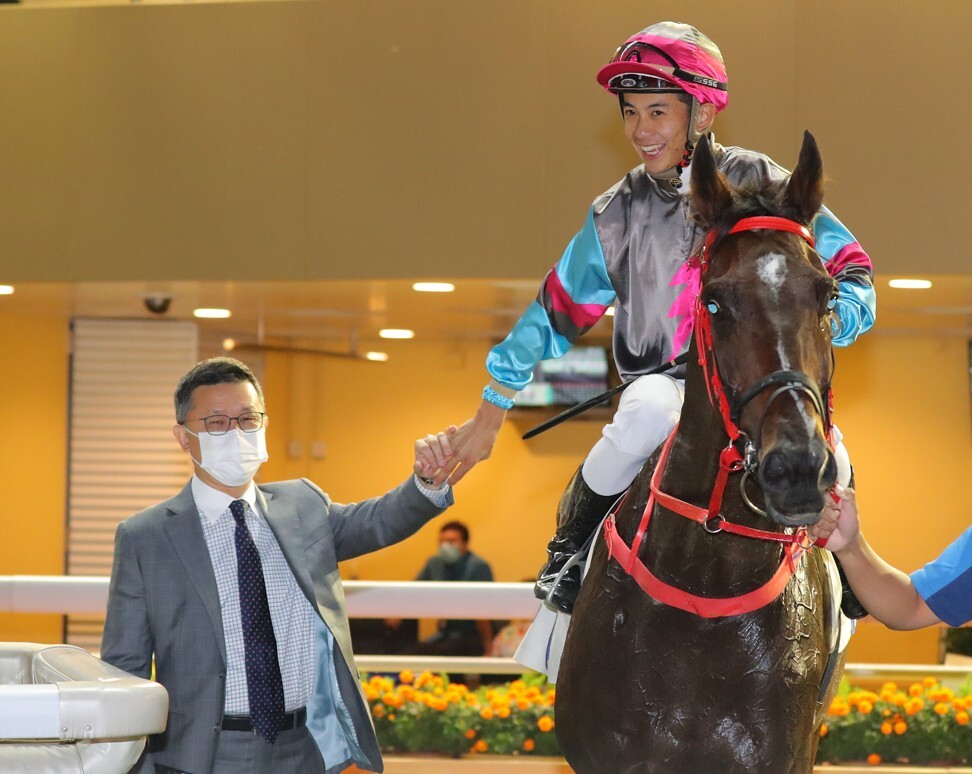 “This horse is funny, when you drop your hands he thinks the race is over. He’s a one-paced horse.”

The impressive Sky Darci (Joao Moreira) continued his march up the ratings with a dominant victory in the last race.

Trainer Caspar Fownes has already spoken about heading towards the Classic Mile with the talented type and the soft victory will only encourage connections to keep moving in that direction, while he will now have the rating to virtually guarantee a start in the HK$12 million contest.