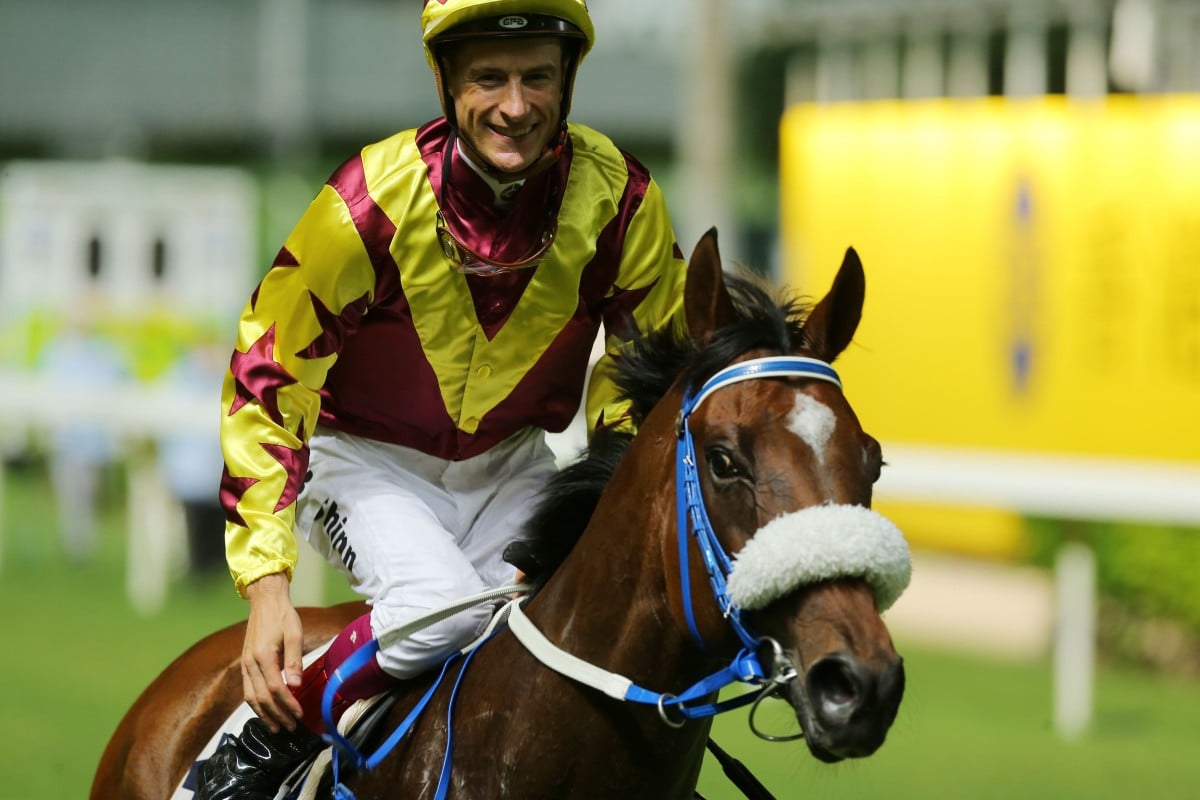 Shinn won two from two aboard the six-year-old last season but hasn’t been able to make the weight in the galloper’s past two runs after his promotion to Class Two.

A one-point penalty for Bear Again’s last-start second means Shinn is back in the game and the Australian jockey is itching to again partner the consistent gelding.

“It’s his favourite course and distance and I’m excited to be back aboard him. I worked him [on Monday morning] and he’s in great shape to run another strong race,” Shinn said.

“He’s in good form, he ran well last time and I’ve got a good record on the horse, so hopefully we can keep our unbeaten run going.”

All three of Bear Again’s career wins have come over the extended Valley mile and he strikes an open race at the city circuit, with Alpha Hedge the only one of his 10 opponents to have won so far this season.

There are plenty of in-form runners, however, with Flying Quest, Star Performance and Solar Wai Wai coming in off last-start seconds.

The most intriguing runner in the field is the Tony Millard-trained Panfield, who reeled off three consecutive Chilean Group One wins before being sold to Hong Kong.

The last of those was over 12 months ago but the four-year-old colt won nicely in a recent trial, defeating proven miler Ka Ying Star and top-class sprinters Computer Patch and Big Time Baby.

“It seems a pretty standard Class Two field, you’ve got to respect the opposition – they’re quality horses in their own right,” Shinn said. Bear Again does his best work when racing in the lead or just off the speed and Shinn will be looking to find a prominent position from barrier eight on the South African import, who carries 121 pounds.

“It’s just a matter of getting the right run but the good thing about my horse is he makes his own luck, he can put himself in the right position and hopefully control the race,” Shinn said.

Shinn also climbs aboard Chris So Wai-yin’s Well Dragon and the Millard-trained Strathclyde at the midweek meeting as he looks to add to his three winners for 2020-21 and build some momentum in his second Hong Kong campaign.

After joining Ferraris’ stable from Peter Ho Leung in the off-season, Stanley Park has been a model of consistency, never finishing more than two and a quarter lengths off the winner in four starts.

Apprentice Jerry Chau Chun-lok retains the ride on the son of Duke Of Marmalade and will look to lead all the way from gate one, with the in-form rider’s seven-pound claim reducing Stanley Park’s impost to 124 pounds.