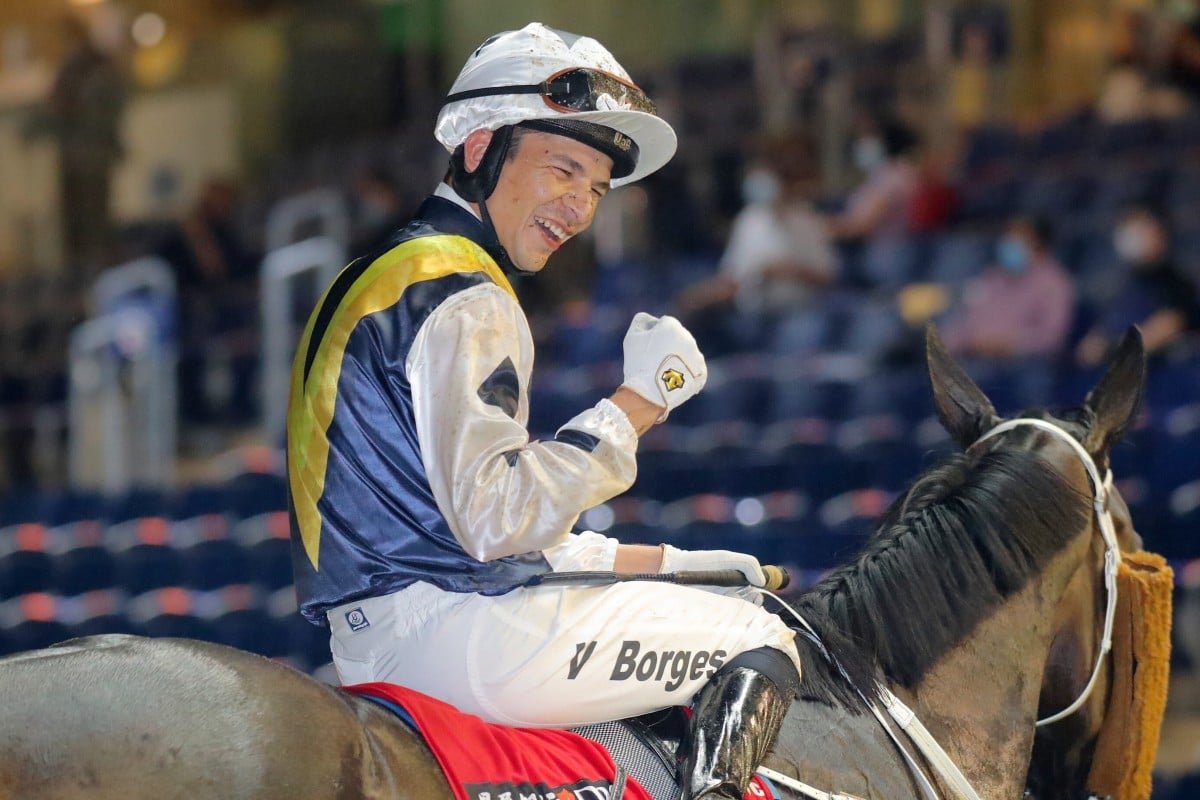 Neil Callan put himself in the mix for the International Jockeys’ Championship with an early double at Happy Valley on Wednesday night but Vagner Borges struck back to confirm his standing as the man to catch for the coveted sixth spot.

On the day the Jockey Club confirmed a new format that will feature six Hong Kong-based riders rather than the traditional four, Borges snared his 11th winner of the season while Irishman Callan moved to nine.

With Joao Moreira, Zac Purton, Karis Teetan and Vincent Ho Chak-yiu locked in to represent the home side at Happy Valley on December 9, the next two riders in the jockeys’ premiership – minus apprentice Jerry Chau Chun-lok – will earn a berth.

.@neilcallan78 seals his second double at the Valley in as many meetings as Fast Pace scores a gritty success over Incanto Prepared. ️ #HKracing pic.twitter.com/XqCmdygRgG

Alexis Badel is well placed to snare a spot after saluting aboard the Caspar Fownes-trained Guy Dragon to move to 15 winners, while Borges is next in line ahead of Chad Schofield on 9.5 winners, with Callan and Matthew Chadwick tied on nine.

“Things are going OK and I’ve got a couple of good rides coming up, so you never know – we’ll see,” Callan said of his chances.

Callan had his double tied away after just four races, taking out the second section of the Class Four Shun Lee Handicap (1,650m) aboard Tony Cruz’s Sunny Lad before booting the Fownes-trained Fast Pace to victory in the first section of the race. 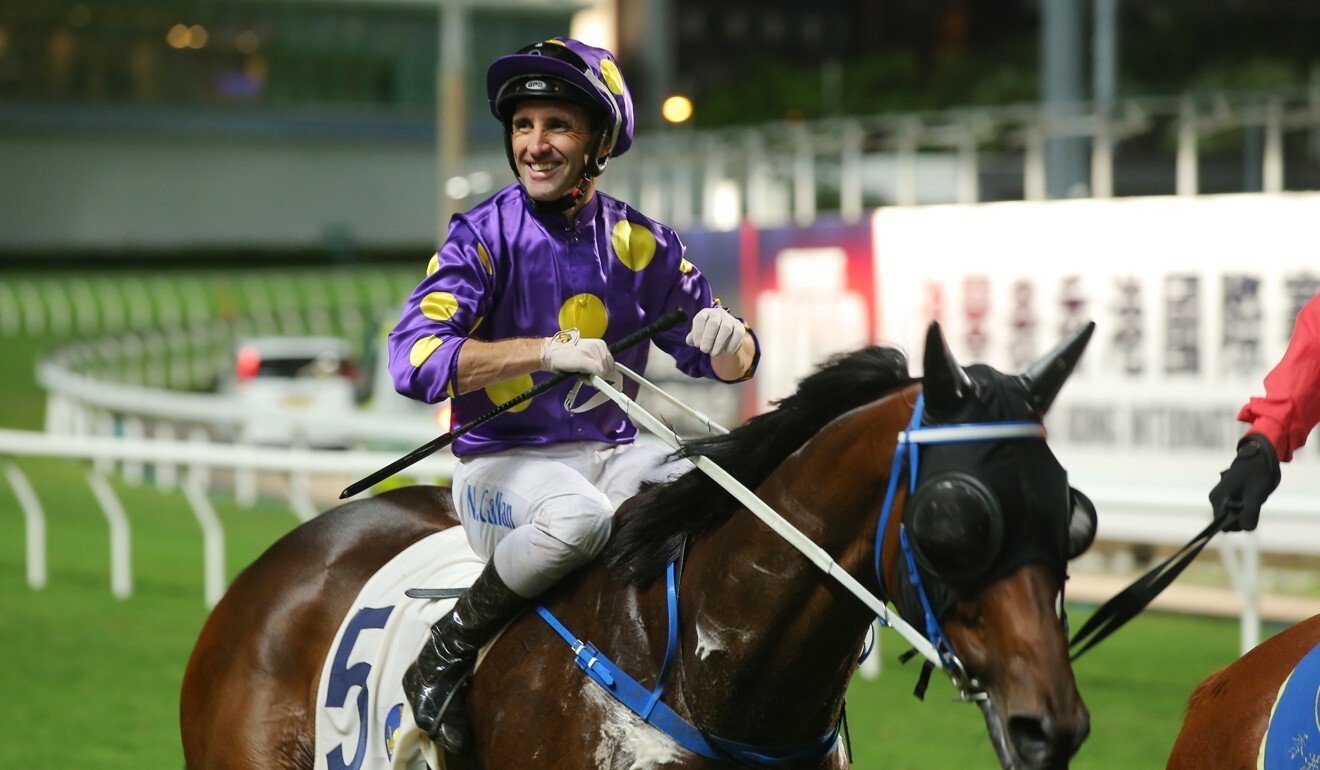 “He’s a nice horse, he’s got a lot of raw ability. Caspar has done a lot of work with him, in his first few runs he was flipping in the gates, he was going mad and he was withdrawn a couple of times,” Callan said of Fast Pace, who posted his first win at start six.

“He wears a pacifier and it’s just to try to calm him down, he just needs to take a chill pill and hopefully with more racing he will do that. For sure he’s got more rating points in hand and he definitely has a bit more to give.”

Borges saluted in the feature, rattling home aboard the Cruz-trained Sunshine Warrior to take out the Class Two Cheung Hong Handicap (1,650m).

The win completed a treble for the legendary handler, who was also victorious in the first section of the Fu Cheong Handicap (1,200m) with Mig Energy, who was ridden by Chau.

It was the second leg of a running double for the in-form apprentice, who handed David Hayes his fifth winner of the season aboard Sprint Forward, the gelding producing a strong finish to take out the Class Four Oi Man Handicap (1,200m) despite travelling three-wide throughout.

“He did a good job, he’d run two very close seconds here and his form has been consistent three runs in a row. This probably was the hardest run he’d had and he was still good enough to win, so with a good run he might win again,” Hayes said, before praising the work of Chau.

“I think that stint Jerry had in Adelaide was the making of him, he’s a really good rider and his claim is very valuable.”

Moreira also helped himself to a double with victories on Me Tsui Yu-sak’s Master Galaxy and Wild West Wing for John Size, extending his lead at the top of the premiership to 13 on a night Purton and Teetan went winless.

Blake Shinn was another who got in on the act, landing his fourth success of the term aboard the Tony Millard-trained Strathclyde in the Class Five Wah Fu Handicap (1,200m).