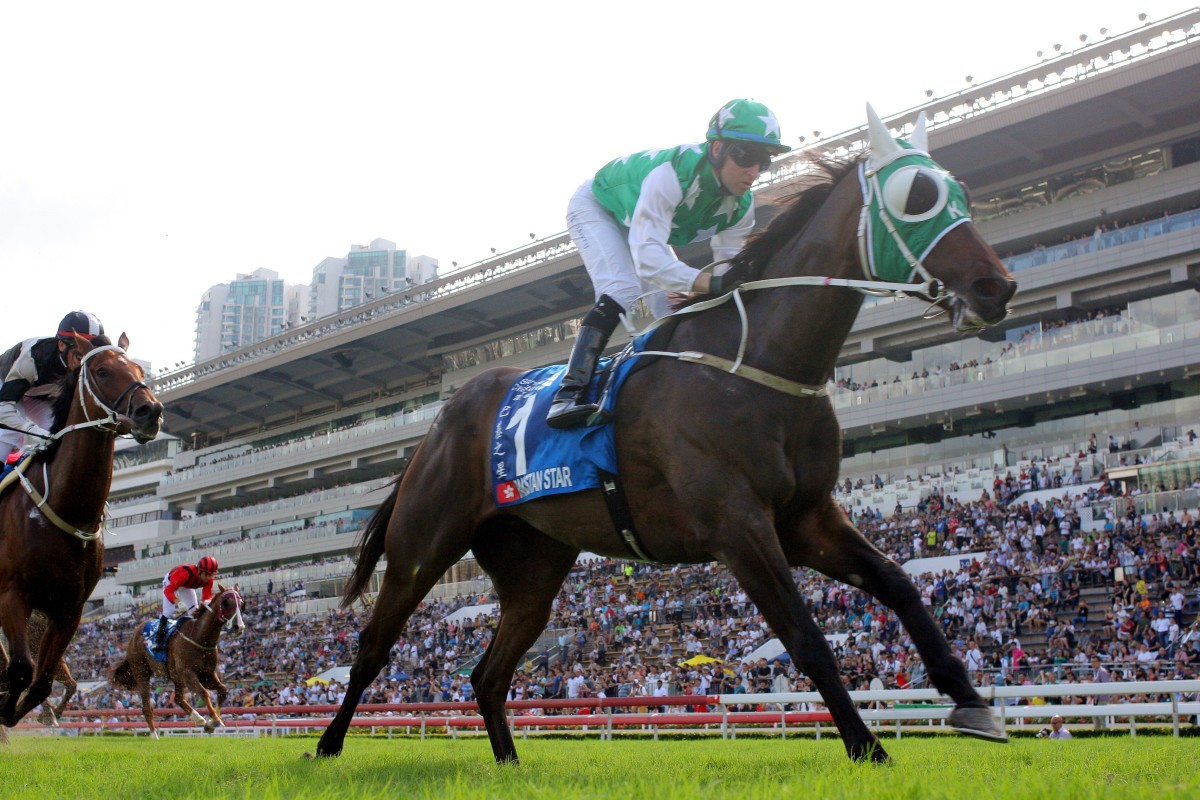 A year after refusing to run and being forced out of Hong Kong, the enigmatic Pakistan Star is on the verge of a remarkable return to racing in Dubai and his new trainer Doug Watson has declared he has all the makings of a dirt specialist.

The dual Group One winner made his way to Watson’s stable at the end of last year after he stopped in the middle of the Group Two Jockey Club Sprint – the second time he’d pulled that trick during a race – giving officials no option but to end his Hong Kong career.

It was another chapter in an incredible story that began with a stunning last-to-first win on debut which saw him become a social media sensation before he went on to claim the QE II Cup and Champions & Chater Cup in 2018 while navigating some head-scratching moments. With the complex galloper often impressing during his barrier trials on the Sha Tin all-weather surface, many suggested he may do his best work on the dirt and Watson is excited about what the future holds for the rising eight-year-old after he thrashed some well-credentialed stablemates in work recently.

“He is doing great, really well actually,” he told the Post. “He did a trial [recently], we put him in the gates and he busted out on top of them, took him back and then he finished off really strong.

“We had a couple of really nice horses in there in the 95 to 100 [rating] range and it wasn’t even close.

“He goes well on the dirt, we don’t know how he takes kickback and that type of stuff yet, but that is our first option – they don’t start turf racing here until January and he is fit and ready to go now.”

Importantly, Watson said Pakistan Star had only threatened to stop once during his work but quickly got on with the job at hand.

The handler said he was set to make his return to racing on December 3 at Meydan in Listed company on the dirt.

By then, it will have been more than 12 months since his last start and Watson believes a Covid-19 enforced lay-off in the paddock may have been a blessing in disguise for the son of Shamardal after Dubai racing was shut down in March.

“It looks like December 3 [will be his first race],” he said. “It is a Listed race so it won’t be easy for him, he will go up against horses who have run and won on the dirt before.

“We put him away for the summer, he didn’t do anything for about three months and his coat has come back well. He is a beautiful animal, he is so inquisitive, he’s looking around at everything.

“He is a really nice horse so we will give him a shot on the dirt because that opens up a lot of options for us going forward if he likes it. “I put him with a horse the other day that has won four on the dirt and he just pulled away from him at the end.

“They worked seven furlongs and he came home in 35 seconds, which was very good because he never moved on him. He is very, very talented, we just hope we can keep his head right, it could be a bit of fun.”

With the Dubai carnival looming, connections of Pakistan Star will not be short of options should he take to the dirt as expected, with the Group One Dubai World Cup (2,000m) carrying a US$10 million prize purse.