Golden Sixty is eased down to win the Hong Kong Mile comfortably at Sha Tin on Sunday. Photos: Kenneth Chan

Golden Sixty’s rise to the top is complete, with the superstar five-year-old stamping himself as one of the best gallopers in the world by toying with his rivals in the Group One Hong Kong Mile (1,600m).

He was already regarded as Hong Kong’s finest and by adding his first Group One success to his Derby victory – and becoming the first horse since Silent Witness to win 11 straight races in the jurisdiction – he ensured it is daylight second.

It was veteran trainer Francis Lui Kin-wai’s second Group One win and there was no doubt in the 61-year-old’s mind where it sits in the growing catalogue of Golden Sixty’s successes.

“This is an international race so it’s better, of course – the Derby is only for four-year-olds,” said Lui, who previously tasted top-level success with Lucky Bubbles in the 2017 Chairman’s Sprint Prize. 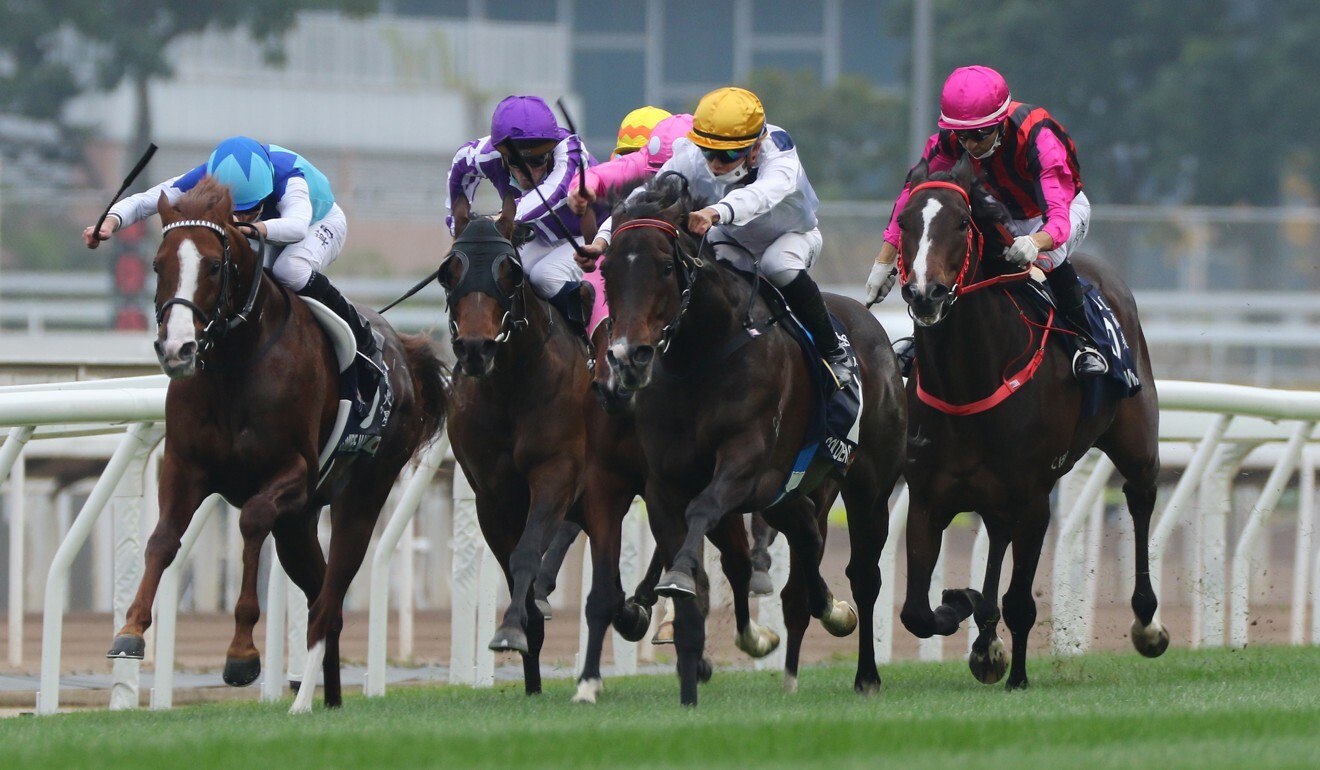 Golden Sixty improved his record to 14 wins from 15 starts by seeing off a gallant Southern Legend, who was two lengths behind in second, and defending Mile champion Admire Mars from Japan.

“I can have a good sleep tonight,” said a relieved Lui after the win. “Before the race I was still worried about the overseas horses but after this race the horse has told me he is a champion.

“I’m very happy, at the moment I still don’t know what to say. My heart is still pumping.”

It was also jockey Vincent Ho Chak-yiu’s second Group One win, following on from his success aboard Southern Legend in April’s Champions Mile, and it was extra special aboard a horse he has partnered since the start.

“At the top of the straight I knew [I was going to win] because I was just cruising and I didn’t think anyone could beat him,” Ho said.

I am so blessed to be associated with this incredible animal

“I really don’t know what to say, it couldn’t be better. I’m grateful to give some positive energy to Hong Kong and the whole world in racing.”

After travelling third from the back aboard Golden Sixty, Ho started his move around the field 600m from home, was in front 250m out and surged to the line with a last 400m of 22.05 seconds.

“I knew I had a few lengths to make up and I didn’t know how good the Japanese horse [Admire Mars] was in front,” Ho said.

“They went a little bit hard early and I was just trucking up and when they steadied up the pace at the turn all the backmarkers started to get on the bridle a bit more.

“At the 600m I decided to just let my horse gallop with the same pace and catch up a few lengths easily and when I asked him he gave me a really good effort.”

BEAUTY GENERATION tried his heart out again today.
We are so proud of our champion that will now retire to @LivingLegendsAU.
8 x Group 1 wins
2 x Horse of the Year
HK$105,000,000 the highest prizemoney earner in HK history

We will miss him here in HK

The John Size-trained Waikuku was two and a half lengths off Golden Sixty in fourth in his first run since April, while the old champ Beauty Generation was a gallant fifth in what was his last race.

“It’s a bittersweet day, it’s a sad end – he’s been the best horse for me in my career,” said jockey Zac Purton after connections made the decision to retire Hong Kong’s record prize-money earner.

“I’m certainly going to miss him. He was brave again today and wherever he may go in the world, I’m sure I’ll go visit him in his paddock one day.”