The Magic Man becomes just the third jockey to reach the milestone in the history of Hong Kong racing, achieving the feat faster than anyone else 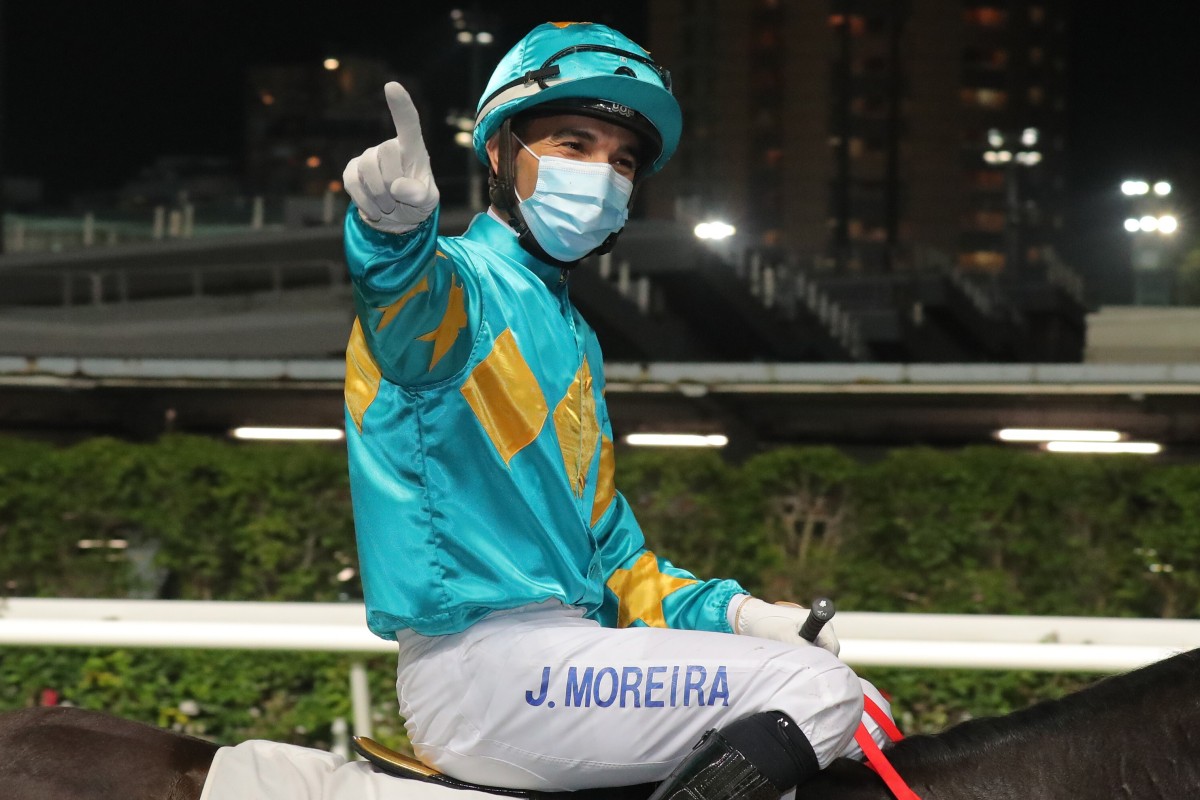 Superstar jockey Joao Moreira is now a member of one of the most exclusive clubs in Hong Kong racing after notching his 1,000th winner at Happy Valley on Wednesday night – and he did it in record time.

The Magic Man joins Douglas Whyte and Zac Purton as the only riders to have achieved the feat, but the Brazilian has bragging rights after getting there faster than his rivals – achieving the milestone in his eighth season while the other two got there in their 12th terms.

All three are Hong Kong racing legends – they’ve shared every championship this century between them – but Moreira’s volume of winners is unprecedented, his haul coming from 4,585 rides at an incredible strike rate of 21.81 per cent.

Here's how he reached it...

A rail-hugging drive from Joao Moreira gets Incanto Prepared home in the second race. #HKracing pic.twitter.com/wALNzSS6Gy

The 37-year-old had already etched his name into the history books – three titles and the record for most wins in a season (170) will do that – but this mark simply adds another layer to his incredible resume.

Coming into the meeting, Moreira had 998 wins to his name and only needed two races to reach four figures, lifting Caspar Fownes’ Perfect To Play home in the opener before cruising to an easy victory aboard Incanto Prepared to complete the running double.

The achievement was met with a special presentation – a commemorative cap and a bottle of champagne – and the man himself knows it is something to celebrate.

“I can only describe it as a dream coming true … I would never think that I could get to that mark in Hong Kong, knowing the place is such a tough place,” said Moreira, who leads the championship with 56 winners. 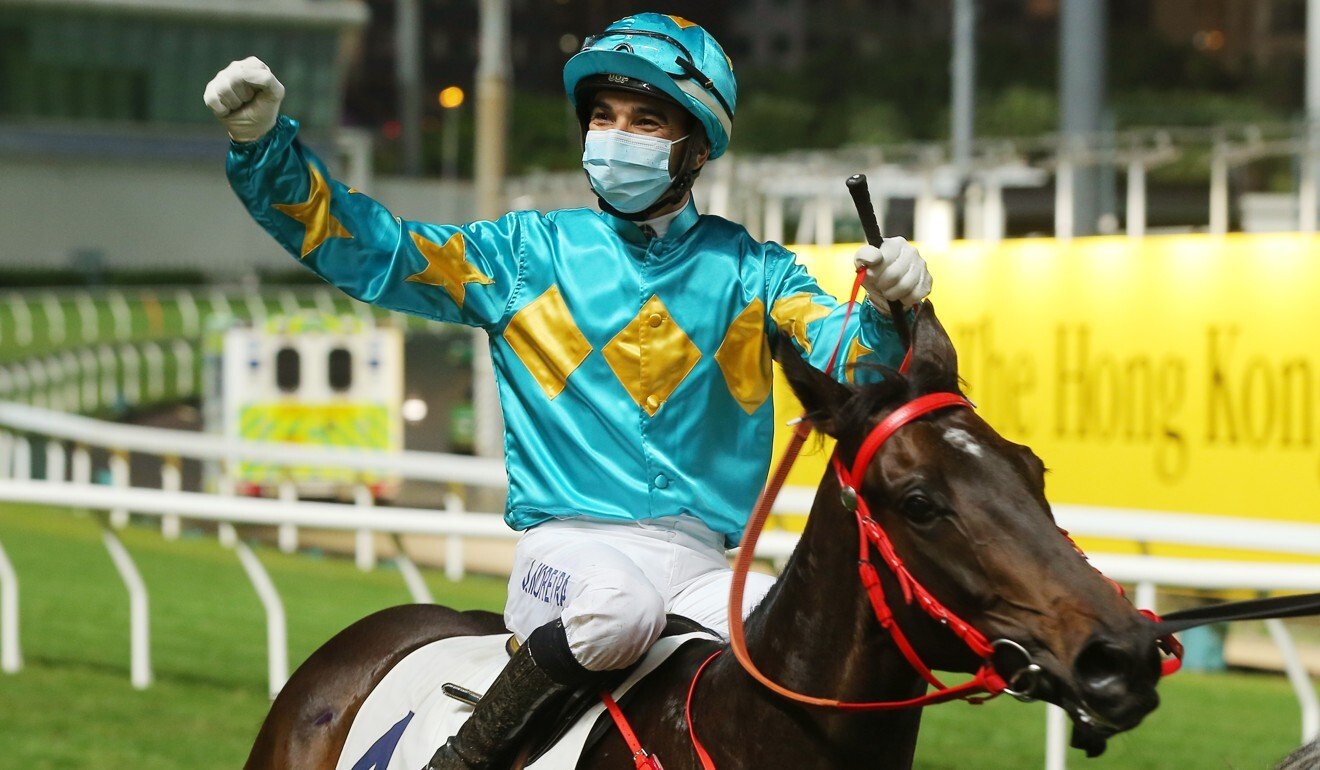 “I didn’t get there by myself. I had great support behind my back, pushing forward in all ways.

“Of course, good horses make a jockey’s life much easier and I would describe the horses as the ones who make my life such a special [one]. I really enjoy doing what I do and I’m very pleased to get to such a mark. It’s very meaningful.

“I’ve got to dedicate this to my family, my wife, my kids, my brothers and sisters and my mum, who are no doubt cheering for me to get to this mark. Without their support, I would say I could never get to this mark.”

Fittingly, Moreira’s 1,000th winner came for his biggest supporter in John Size, Incanto Prepared giving them their 300th victory together. “It’s his work and ability that gets him those numbers. He would’ve ridden the winners no matter who he was riding for,” Size said. “He’s been very consistent, he’s made a big impact on Hong Kong racing and he’ll continue to do so.”

While thrilled for Moreira, the 11-time champion trainer was also delighted with the progress the five-year-old has made this season after three wins from his past five starts. 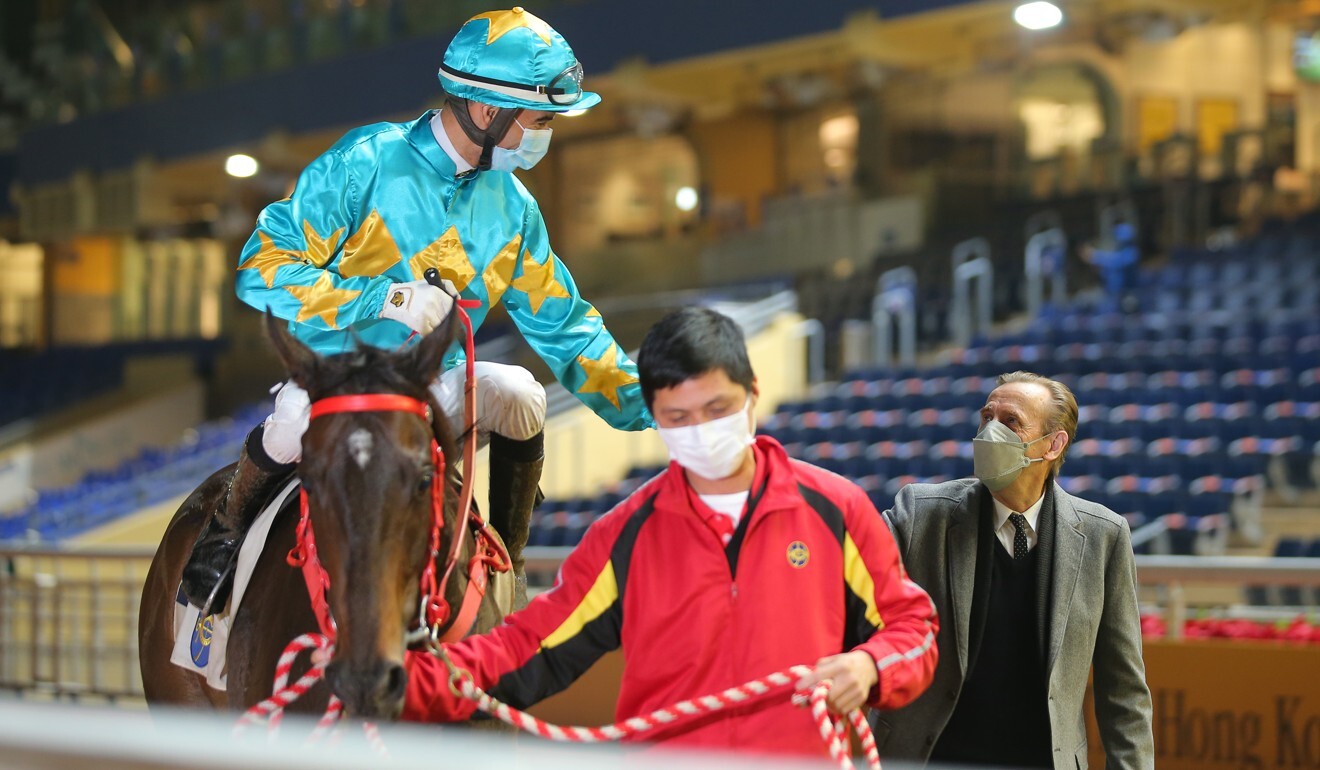 “He’s only a tiny little fellow, but he’s got a big heart,” Size said. “Tonight, he’s had all favours … it was a good performance. Normally when they win a race by a margin, they win another one somewhere. He’ll go up in class now and we’ll see if he’s good enough for that.”

Moreira finished the night with a treble, going on to taste more success with Frankie Lor Fu-chuen’s Kinda Cool.

Not one to miss out on a winner, Purton enjoyed a double of his own, combining twice with Danny Shum Chap-shing to salute on Grateful Heart and Reel Bizzy.

The former upset odds-on favourite Super Axiom in the first section of the Class Three Venus Handicap after David Hayes’ youngster over-raced during the early and middle stages before dropping out.