Benno Yung and Zac Purton chase more success: ‘with a better jockey there are fewer mistakes’ 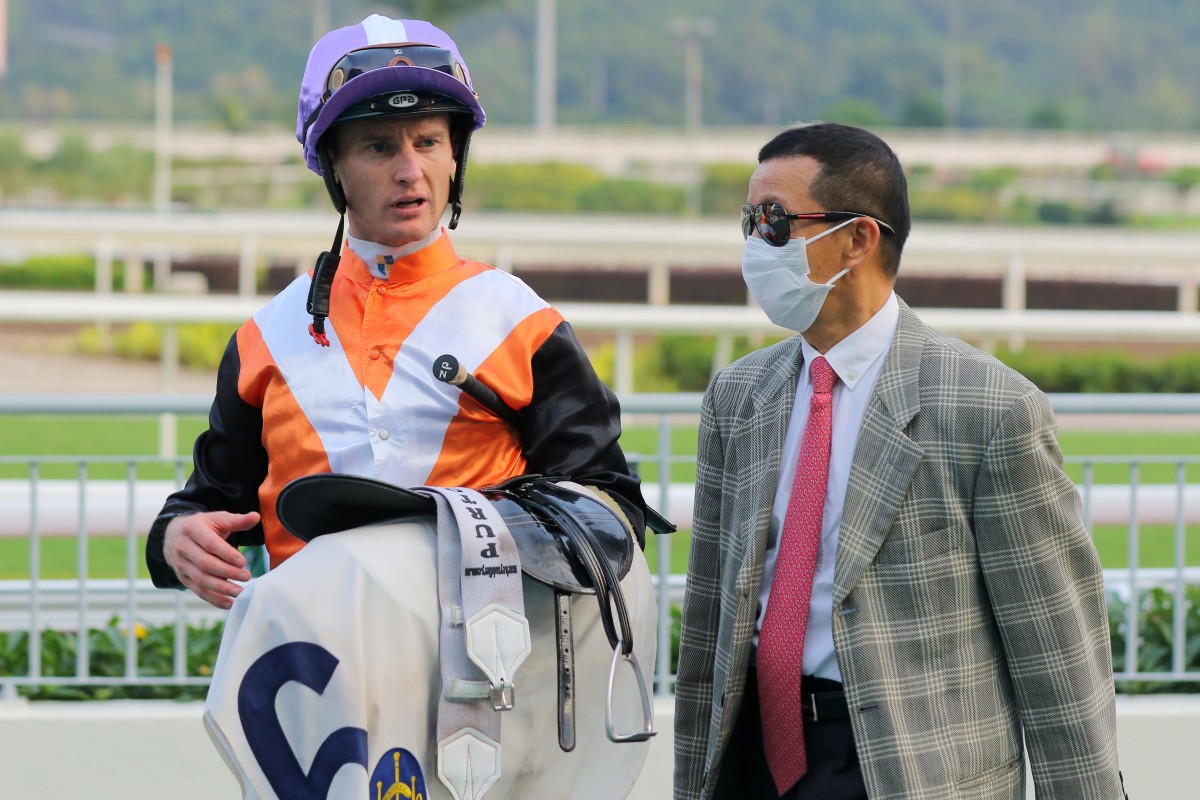 They combined for a winner at Sha Tin on Saturday and Benno Yung Tin-pang will look to Zac Purton to again deliver aboard a pair of gallopers at Happy Valley on Wednesday night.

Hinchinlove’s victory on the weekend was the fourth time Purton and Yung have tasted success this season from 17 attempts and Yung hopes the duo – who are striking at 24 per cent – can further improve their record at the midweek meeting. “Having a top jockey is important, with a better jockey there are fewer mistakes,” he said.

Purton has delivered Yung a third of his 12 winners for the season and is by far the most effective jockey he’s turned to this term, with Chad Schofield next in line with three winners for the veteran at 13 per cent.

Ka Ying Master is looking to add a fourth victory to what is already an impressive 2020-21 return and Purton is aiming to win on the five-year-old for the second consecutive time.

The son of Snitzel saluted twice from five runs at Sha Tin before switching to the Valley, where he produced a fifth before his last-start win.

All three of the galloper’s victories have come in Class Three after he dipped to a rating of 62 and he sneaks into the grade again on a mark of 79.

“He’s certainly got ability and he should be able to step-up and do it again in Class Three,” Yung said of Ka Ying Master, who has drawn gate two and will lump 132 pounds. “Normally the horses are weaker at the Valley but both courses are OK for him, it doesn’t really matter.”

Jolly Good Heart has shown improvement since joining Yung from Douglas Whyte’s stable late last year and the galloper seems on the verge of a breakthrough victory after finishing a close second at the course and distance last month.

“He’s coming on well, physically he’s improving and the way he is running is more consistent,” Yung said. “If he can produce the same as last run he’ll be right there.”

After beginning life in Hong Kong on a rating of 68 after one win in Australia, Jolly Good Heart has slipped into Class Four for the past two of his six starts in the jurisdiction.

Purton sticks with him after partnering the horse for the first time last start and the five-year-old will carry 132 pounds from gate nine.

Yung also saddles up Nextmodel, who will be ridden by Alfred Chan Ka-hei, and Humble Steed, for whom he has enlisted the services of Chad Schofield, as he looks to continue the good form that has seen him land seven victories since the start of the new year.

“The stable is ticking over nicely. Fingers crossed there’s more winners to come, I think there is,” he said.