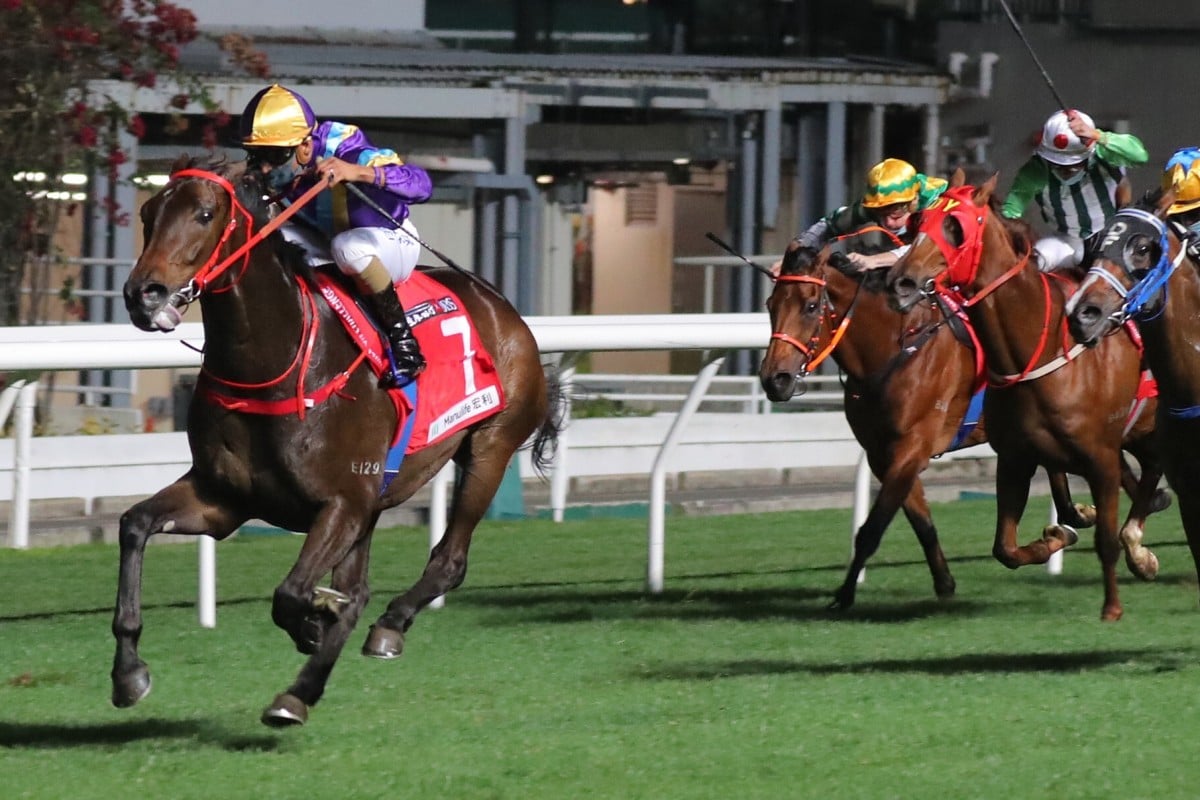 In just his second Hong Kong start, the Irish import relished the step up to 2,200m in the Class Three Hung To Handicap and gapped his rivals to put next month’s HK$24 million contest firmly on the agenda.

The four-length margin should ensure his rating of 68 cops a decent bump, but Charity Fun will need another run to ensure he makes the field for the Derby on March 21.

It was a case of mission accomplished on Wednesday night and Shum was beaming after the race.

“The owner gave me one instruction and that was to win by as far as possible because he wants to get the rating up to enter into the Derby, that is the target,” Shum said.

“We have to see, we will need another race at Sha Tin to see what he does there to give me more confidence.

“I will sit back, talk with Karis [Teetan] and the owner and have a think about it, we know 2,000m is no problem for him.

“The only problem would be going from a Happy Valley Class Three to a race like the Derby. It is not easy so we need to think very carefully.”

It is not a simple task to make your debut over 1,650m and then go straight to 2,200m, which is a credit to both the horse and the trainer.

“He is a good horse, even his first start, he was amazing for the last 80m I thought,” Shum said.

“You don’t see many northern hemisphere horses come here and run the 1,650m in their first start like he did, he looked like a superstar.

“I was pretty comfortable coming to this race, even though it is a big step up from 1,650m to 2,200m. In Ireland he was racing over 2,000m so I knew he could do it, there were some good trials at Sha Tin so it was all very good going into it, he is just a nice horse.” 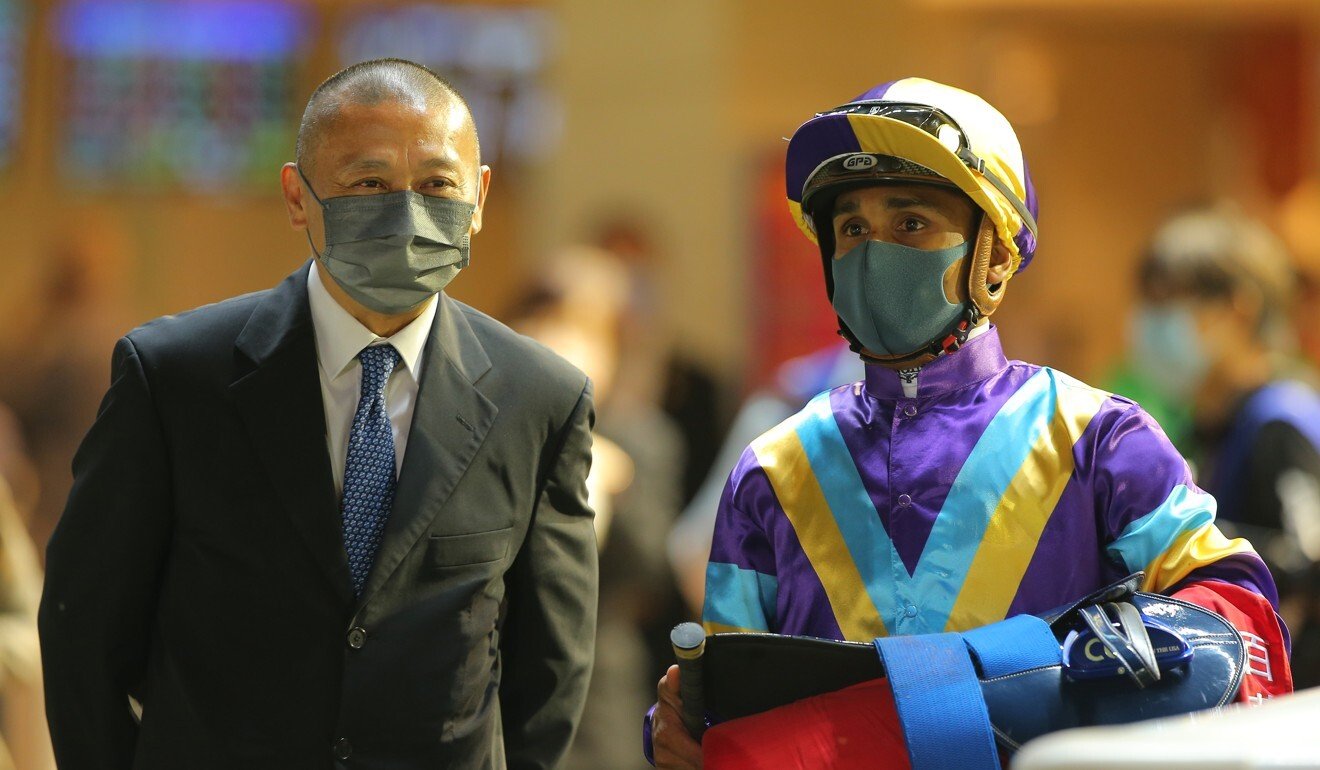 Speaking of progressive types, Jimmy Ting Koon-ho unveiled another promising youngster from his stable with A La King impressing on debut in the opening race.

Jumping from barrier one, Neil Callan gave the three-year-old a cosy run in transit before finding a gap in the straight and racing away to win in smart fashion.

“It wasn’t a very strong race but he’s a likeable type,” Callan said. “I picked up on him when he was trialling in Conghua so I asked Jimmy when he came back if I could do a bit on him.

“So, kindly he let me have a trial on him and he gave me a nice feel in the trial. He just felt like there was plenty to offer. He’s a nice, robust type. He has a bit of scope. He had a good blow after the race. He should improve off it.”

John Size and Zac Purton combined to get their first winner in almost two years when the smart Savaquin went back-to-back in the Class Three Hoi Yuen Handicap (1,650m).

The two Australians rarely join forces but the four-time champion jockey got his chance with Size’s regular partner in crime Joao Moreira suspended and he took full advantage as Savaquin stormed over the top of his rivals to salute with ease as the $1.90 favourite.

It’s the first time the two have been in the winner’s circle together since Unicron Jewellery prevailed at Sha Tin on March 10, 2019. 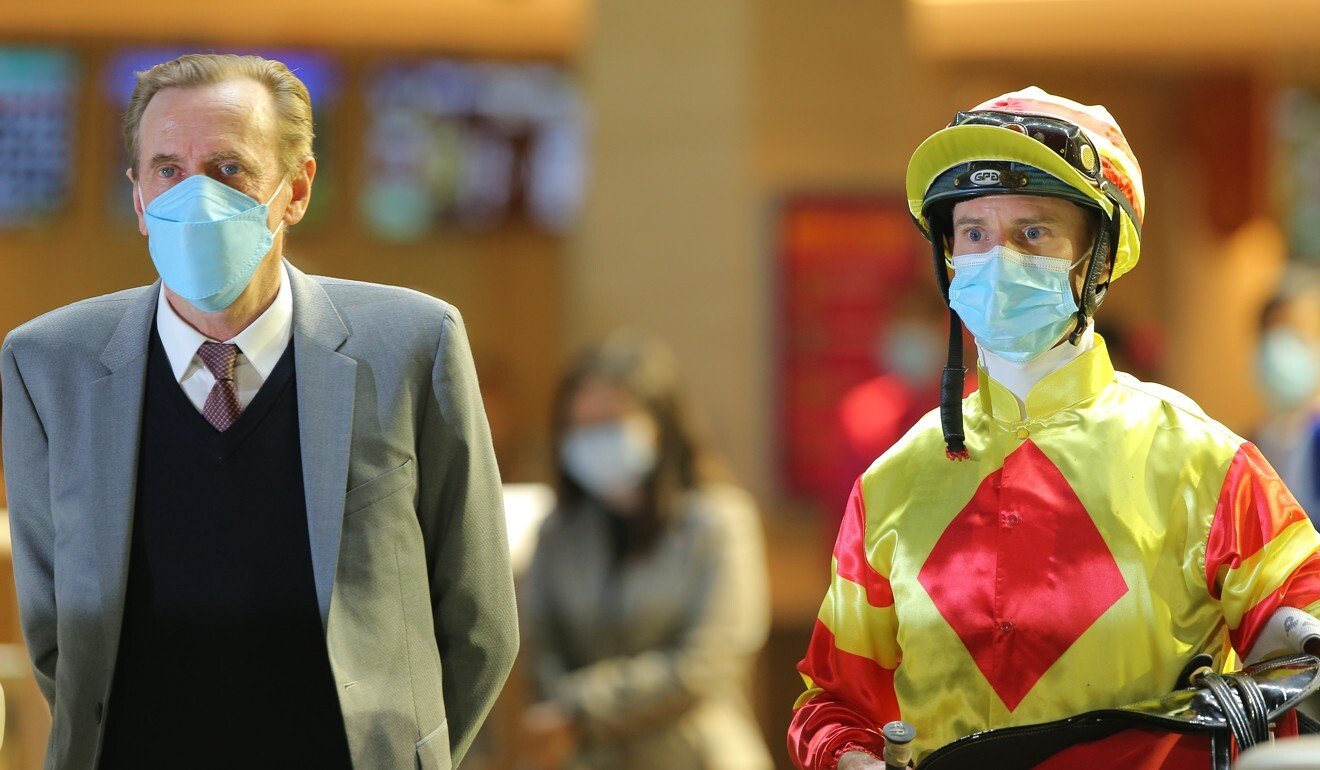 Size then combined with Teetan with Scores Of Fun in the eighth race, ensuring both men went home with a double.

The middle peg landed a bit of a plunge after being crunched into $31 late, the four-year-old turning around his form after a best finish of eighth in his previous eight starts.