The star Australian pilots Frankie Lor’s four-year-old to victory at Sha Tin on Sunday, leaving him right on the cut-off for a spot in the prestigious race 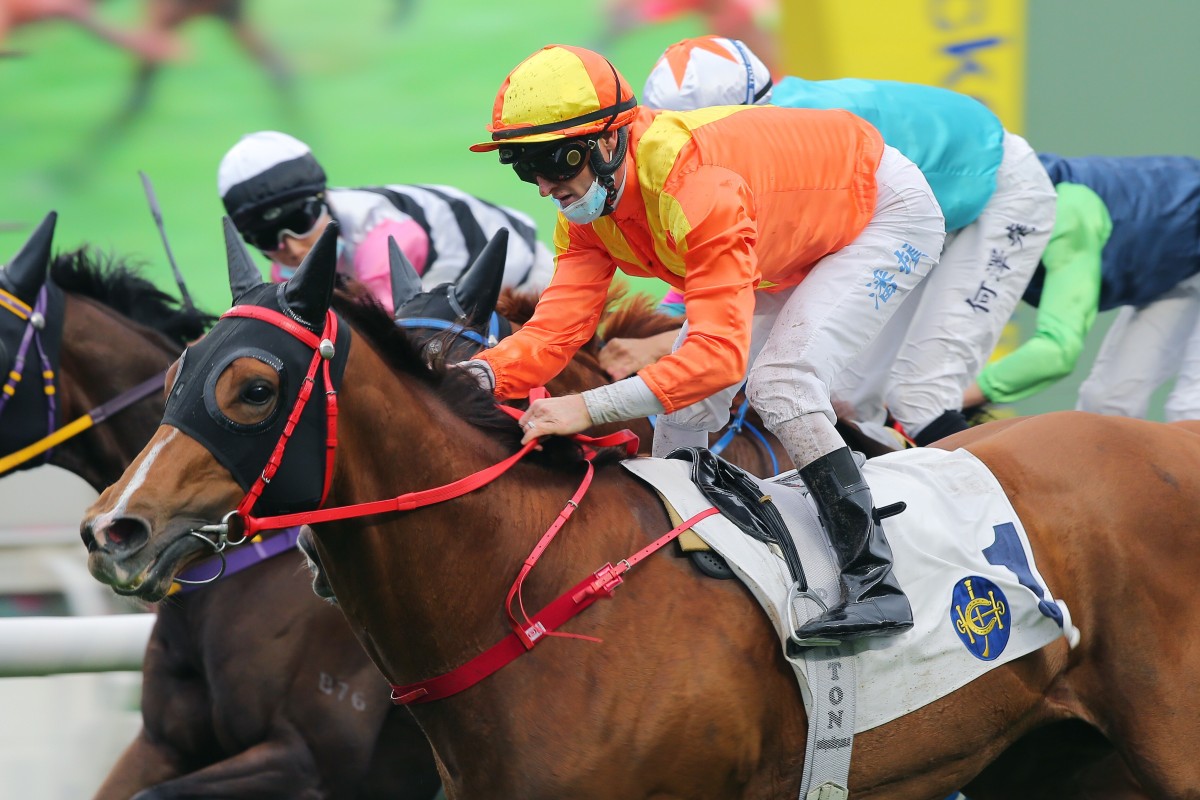 Flagship Glory’s victory will see him jump to a rating around the mid-80s and put him right on the cut-off mark for a Derby spot, although officials can use discretion to decide who ultimately makes the field.

“It’s his third start in Hong Kong, he carried a big weight and things went against him but he still got the job done. He is the type of horse you want running in the Derby,” Purton said after piloting the galloper to victory.

After jumping slowly, Flagship Glory found himself travelling in the back half of the field in a race that was run 1.88 seconds outside standard for the first 800m with Matthew Poon Ming-fai dictating terms in front aboard Beauty Day.

Purton made ground along the rail rounding the home turn before working his way into the clear 300m from home and reeling in the leaders in the final strides.

“The race wasn’t really run to suit and he just stood there when the gate opened,” Purton said. “He was further back than we wanted to be and they slammed on the brakes mid-race so I thought I was in a bad spot and that my chances were very slim from there. 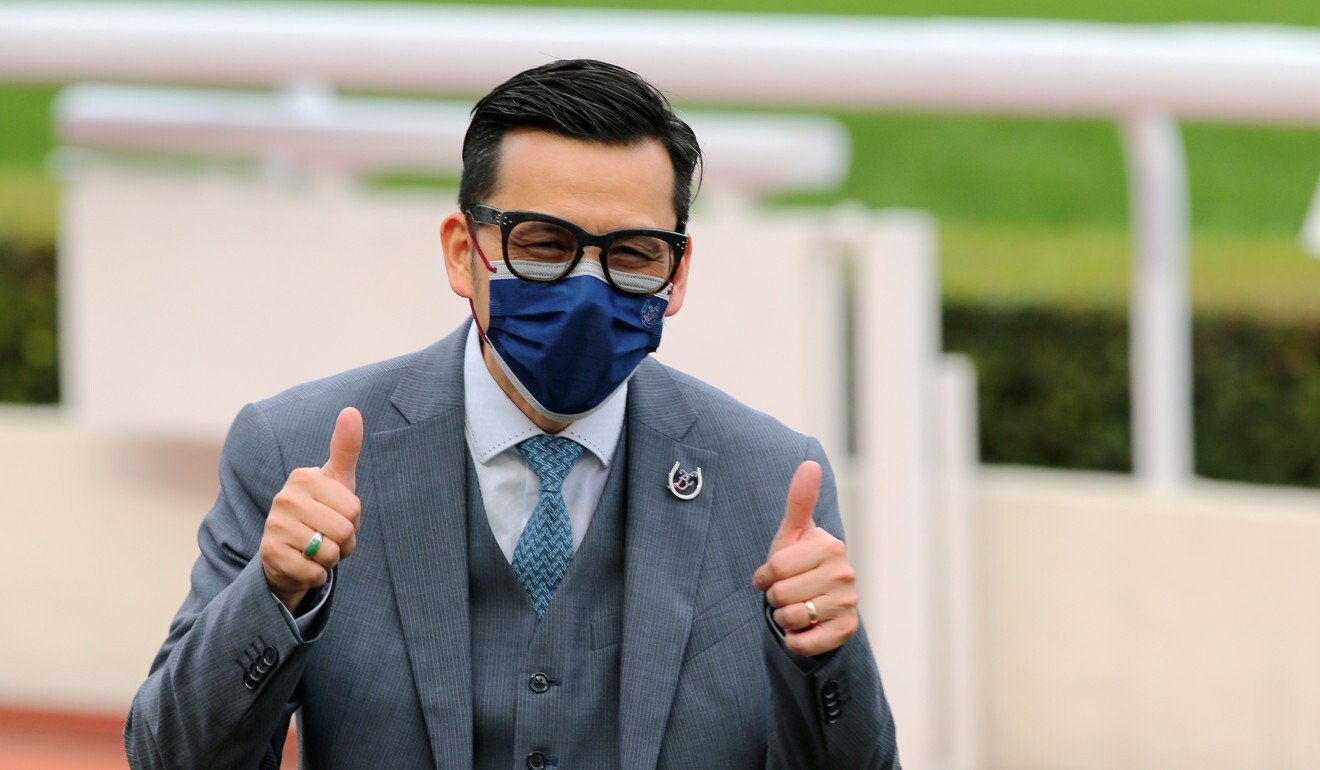 “But the leader accelerated 600m from home and split the field up, which gave me enough time to build up my momentum.

“I thought he was pretty soft on the line, I knew 100m out he had the race won and the last 50m he started to idle.”

Sunday’s win was Flagship Glory’s third at a mile after he saluted twice at the trip in Britain pre-import and while he is yet to step out past eight furlongs, Purton is confident he has the tools required to make the jump to the 2,000m of the Derby.

“I know he got on the bit today but one thing he can do is relax so I think there’s every possibility that he could run the distance and he wouldn’t be without a chance,” he said. 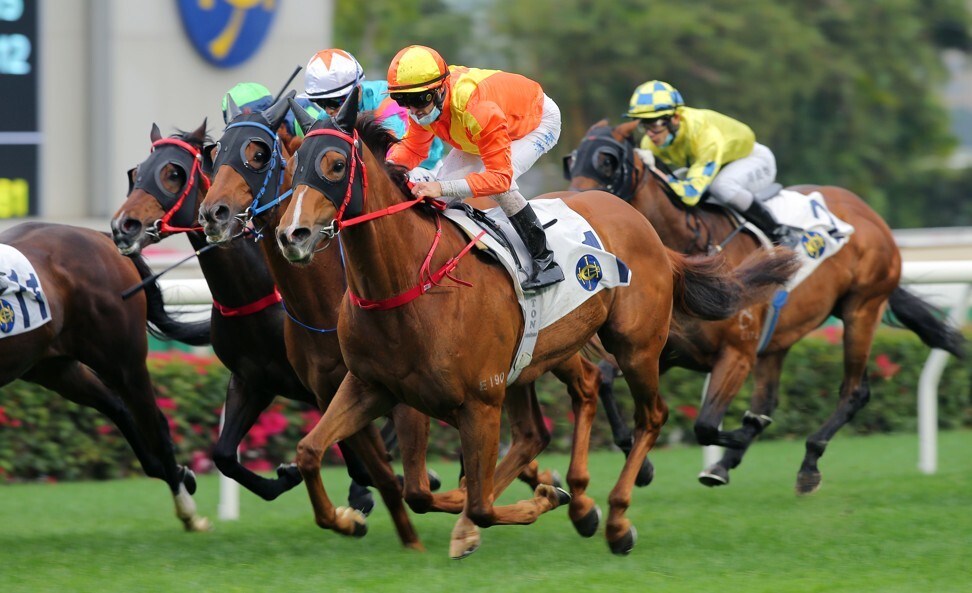 Lor echoed the jockey’s thoughts and was thrilled to see his charge stand up when it mattered after a third and a second from his first two Hong Kong runs.

“His sire is Australia so I think the distance will be OK,” Lor said, confirming the horse will line up in the Derby if offered a spot.

Flagship Glory has raced exclusively in Class Three, with Lor opting to be patient with the galloper rather than trying to rush him into the Classic Series.

“He is from the UK and I wanted to take it step by step, I didn’t want to rush the horse and if he didn’t run in the Derby, it wouldn’t have mattered,” he said.

The Australian ace caps a treble with an accomplished ground-saving ride aboard Butterfield in the finale. #HKracing pic.twitter.com/UnM4YNPZaP

While Flagship Glory staked his claim, the same could not be said for many of the seven gallopers with Derby entries that lined up in the Class Two Daisy Handicap (1,800m) – a race often used as a springboard into Hong Kong’s most prestigious race.

Maximus was the first home of the four-year-olds, two and a half lengths behind winner Butterfield in third, while Conqueror ran on nicely into fourth at $122 and $2.80 favourite Super Football was fifth.

Butterfield’s victory completed a treble for Purton, who also saluted aboard So We Joy earlier on the programme to take his tally for the week to eight after his five-timer at Happy Valley on Wednesday night.