Jockey Club officials hopeful of as many as eight runners from the Land of the Rising Sun after big showings from the likes of Danon Smash, Resistencia and Loves Only You Jockey Club officials are hopeful as many as eight Japanese stars will descend on Champions Day at Sha Tin next month after a swag of potential raiders turned in strong performances over the weekend.

December’s Hong Kong Sprint winner Danon Smash added a second Group One to his resume in Sunday’s Takamatsunomiya Kinen (1,200m) ahead of a possible appearance in the Chairman’s Sprint Prize, while fellow Champions Day possibles Resistencia and Indy Champ filled the placings.

“That’s what we were looking for, I don’t think we could have drawn it up on the blackboard any better than that so fingers crossed. We’ll be in close contact and we’ll see how they come out of it – they seem serious about coming,” said Jockey Club director of racing business and operations Bill Nader.

Brilliant race!
Danon Smash and Yuga Kawada wins the G1 Takamatsunoniya Kinen backing up after his G1 Hong Kong Sprint victory.
Following in the steps of his great sire Lord Kanaloa who won the race in 2013.
Favourite 4yo mare Resistencia was game in second with Indy Champ third pic.twitter.com/1phnLpjNTM

The quality of the field Danon Smash beat at Sha Tin in December has been questioned and Nader was pleased to see the six-year-old salute at the top level again ahead of a possible clash with a better prepared Classique Legend and the progressive Wellington.

Champions Day looms as a battle between Hong Kong and Japan

“To be able to come back and win a race like that first-up in a big field, now I think people will [take notice]. He’s legit. Group One races, especially here in Hong Kong, are never easy,” Nader said.

Official fields will be announced on April 8, with Danon Smash and Daring Tact, who swept last year’s Japanese Fillies Triple Crown, the most likely to be on the plane, while Kiseki and 2019 Hong Kong Vase winner Glory Vase are also on the radar.

Danon Smash #ダノンスマッシュ 🇯🇵 follows his G1 @LONGINES Hong Kong Sprint victory with another at the top-level in the Takamatsunomiya Kinen at Chukyo!

If they make it to Sha Tin, 2019 Hong Kong Mile runner Indy Champ will race in the Champions Mile while Resistenica holds entries for both the Chairman’s Sprint Prize and the Mile.

And while it initially looked unlikely any participants in Saturday night’s Dubai World Cup meeting at Meydan would make the trip to Hong Kong, connections of Loves Only You have declared their intention to target the Group One QE II Cup (2,000m) and Nader is confident the “logistics are doable”.

The mare finished a close third behind Mishriff and Chrono Genesis in the Group One Dubai Sheema Classic (2,410m).

“If she were to come she would fly directly from Dubai and go straight into quarantine here with no issue but the staff would go back to Japan to quarantine and then come from Japan,” Nader said.

“Especially after what she did on Saturday, it was just such a solid run so there should be nothing to deter connections.”

While admitting he’s “not overly optimistic”, Nader also said there is chance Dubai Turf (1,800m) runner-up Vin De Garde, who is entered in the Champions Mile, could also step out for the Land of the Rising Sun on Champions Day.

Once in Hong Kong, overseas participants will be able to operate in a “racing bubble” just as they did for last year’s Hong Kong International Races, meaning they will not have to complete the mandatory three-week quarantine.

Those in the bubble will be allowed to travel in separate groups to Sha Tin to work their horses, however they will be required to spend any remaining time in their hotel rooms. 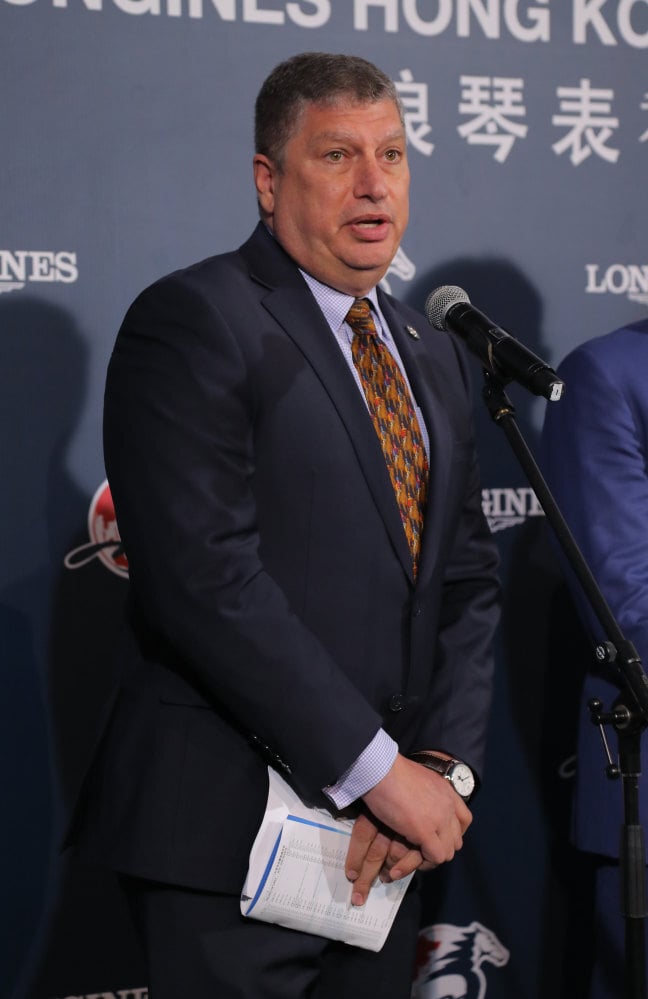 Meanwhile, Nader confirmed the intended simulcast of Queen Elizabeth Stakes day at Randwick next month will be replaced with another meeting before the end of the season.

While the Jockey Club had planned to simulcast Doncaster Mile day on April 3 and the Queen Elizabeth Stakes meeting a week later, that plan was scuppered when the Sydney carnival was pushed back a week because of heavy rain.

Doncaster Mile day will now be shown on April 10 but the simulcast of the Queen Elizabeth Stakes, which will now be held on April 17, has been lost as there is a Sha Tin card on the same day. 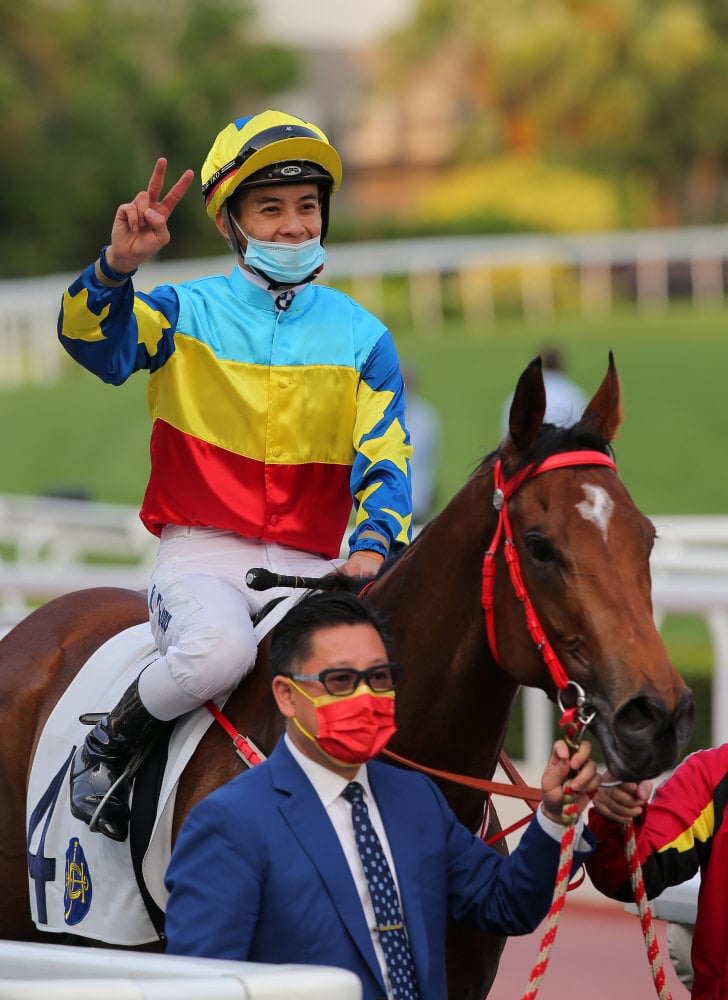 Derek on the double

Derek Leung Ka-chun continued his march towards his most prolific Hong Kong season with a double a Sha Tin on Sunday, punching home Kungfumaster Panda and Good View Clarico to move to 29 winners for the campaign.

Leung already has as many victories through 58 meetings of the 2020-21 term as he did for all of last season and is only eight shy of his personal best in 2017-18.

The 32-year-old opened his account in the second race on the card, coming from the back half of the field aboard the Paul O’Sullivan-trained Kungfumaster Panda to take out the Class Four Wong Ma Tei Handicap (2,000m).

“He’s been quite honest this season, he’s more mature. He missed the kick today but he switched off and he switched on again at the right time. I just went for the gap and he went through,” Leung said.

The jockey was back in the winner’s circle seven races later, leading throughout from gate two aboard Dennis Yip Chor-hong’s Good View Clarico to salute in the Class Three Pak Sha O Handicap (1,200m).

“He just needed to jump and get comfortable, you just need to go with the flow with him. That’s how he kept going,” Leung said. 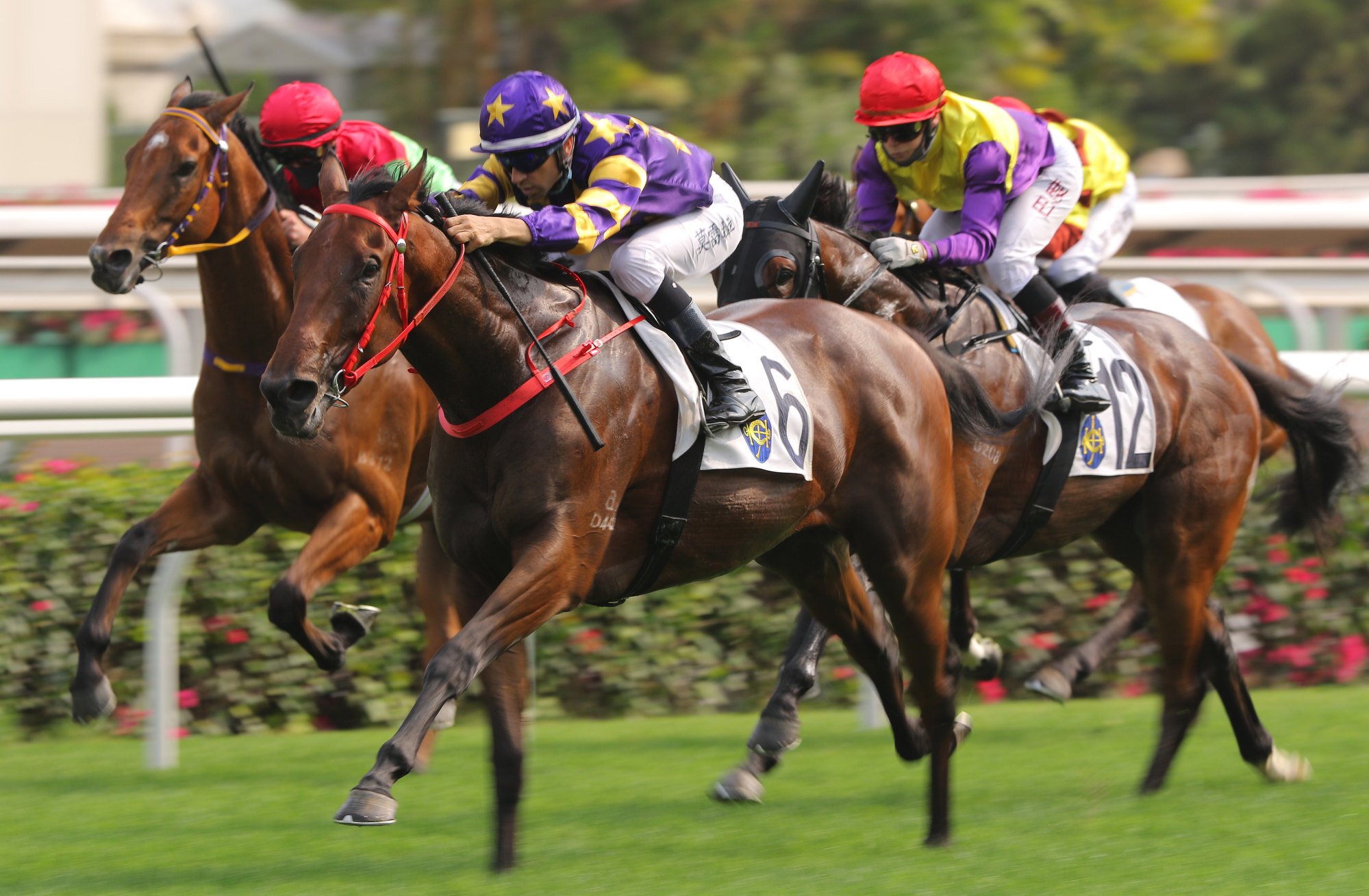 The Size Express rolls on

Joao Moreira has pleaded for leniency from the handicappers after Gallant Express was the latest John Size-trained youngster to produce an impressive victory on debut in the Class Four Tai Mong Tsai Handicap (1,200m).

Gallant Express’ eye-catching win emulated the efforts of stablemates Courier Wonder and Fantastic Way earlier this season and handicappers have not missed that pair, with the former penalised 28 points for his two wins and the latter 27 across three.

“I just hope the handicapper doesn’t hammer him too much because he has been hard on John’s horses this season,” Moreira said.

“This is another one that seems promising, he did what we expected him to do. Even if I have the other ones ahead of him, he really impressed me today. I wouldn’t put him too far behind those other ones, Fantastic Way and Courier Wonder.”

Moreira travelled just forward of midfield aboard Gallant Express before pushing into the clear turning for home and letting down to win by a length and three-quarters from Smart Wongchoy.

“He is a kind horse, very gentle and straightforward. He is more likely to race over distance, he moves well and has a big cruising action with a turn of foot while the other ones are sprinters – it isn’t fair to be comparing him to Courier Wonder and Fantastic Way,” Moreira said.

“I am very happy to be riding them all, they are all high quality and I hope they can keep producing.” 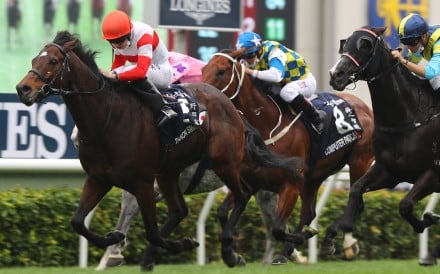