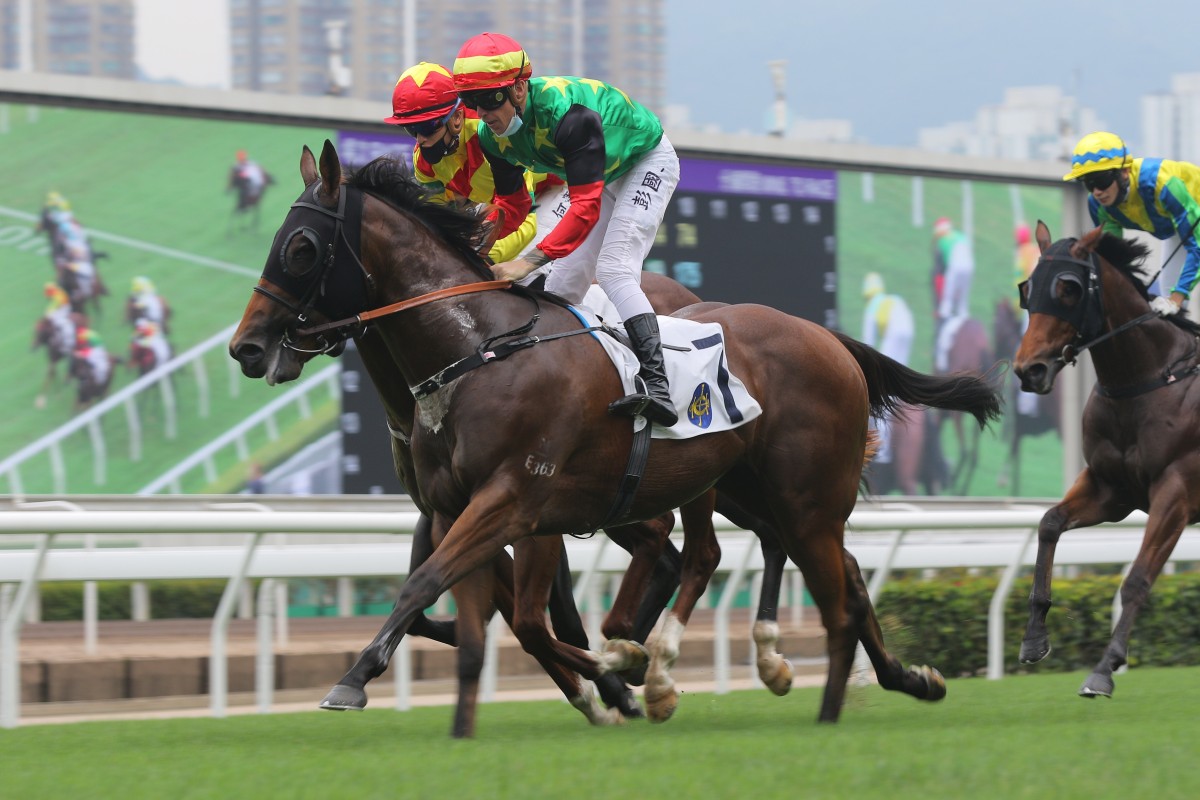 It wasn’t quite a Group One victory but Richard Gibson was adamant the buzz was no different after he landed his first two-year-old winner in Hong Kong at Sha Tin on Sunday.

Seven days after snaring the Group One Chairman’s Sprint Prize with Wellington, Gibson was successful at the other end of the spectrum thanks to Cordyceps Six’s upset win in the Argonaut Plate (1,000m) for Griffins.

“You’ll be surprised to hear that wins like this give me as much pleasure as the win last week with Wellington,” Gibson said.

“It shows the stable knows how to deal with young horses and that we can do the job. I think it’s my first two-year-old winner in Hong Kong.”

Having his second start, Cordyceps Six was up against many of the same opponents as he faced in the first Griffin race of the season three weeks ago – a contest he finished seventh in as a $45 chance, six and three-quarter lengths behind winner Turbo Power.

He turned the tables in swift fashion on Sunday, however, holding off Turbo Power by three-quarters of a length to salute at the knockout odds of $108.

“The horse ran very well on debut, he was just ridden on pace and he learned his lesson today. I was surprised he managed to turn over [Turbo Power] but it’s great to see him win,” Gibson said.

“Like all young horses, you expect them to improve. I thought [the last race] was a good bunch of Griffin horses – particularly the winner.

“It was a great ride from Tony [Piccone] because the horse was green in the final stages and Tony made the difference.”

After settling Cordyceps Six one-off the outside rail a couple of lengths off the lead, Piccone asked the gelding for an effort 400m from home and he was quick to hit the front before hanging on to win despite showing his inexperience late in proceedings.

“I know the two year olds well because in France we have many of those races,” Piccone said, adding that he wasn’t completely surprised by the galloper’s win at triple-figure odds. “The horse is very young so I knew he could improve a lot from race to race.”

It was only Piccone’s eighth winner of the season after he returned for his second Hong Kong stint in October, with his past two victories coming for Gibson. “It’s very good to get another winner because Hong Kong is a very special place and getting winners here is hard work,” the jockey said.

“I knew Richard a long time ago in France when I was an apprentice. He’s a very good person and I’m very happy to get two winners for him in the last two weeks. He speaks good French, which makes it easier for me.”

Piccone is still working on his English – he gets lessons twice a week – and hopes to remain in Hong Kong next season.

“I want to stay for sure but I don’t know yet if I can. I’m working as hard as I can to ensure I can stay here,” he said.

“I hope in the future I can ride for more trainers – I need to speak more English, which I work on every day.”

It wasn’t all positive for Piccone on Sunday afternoon though, the 33-year-old hit with a two-meeting ban for careless riding during his winning effort. 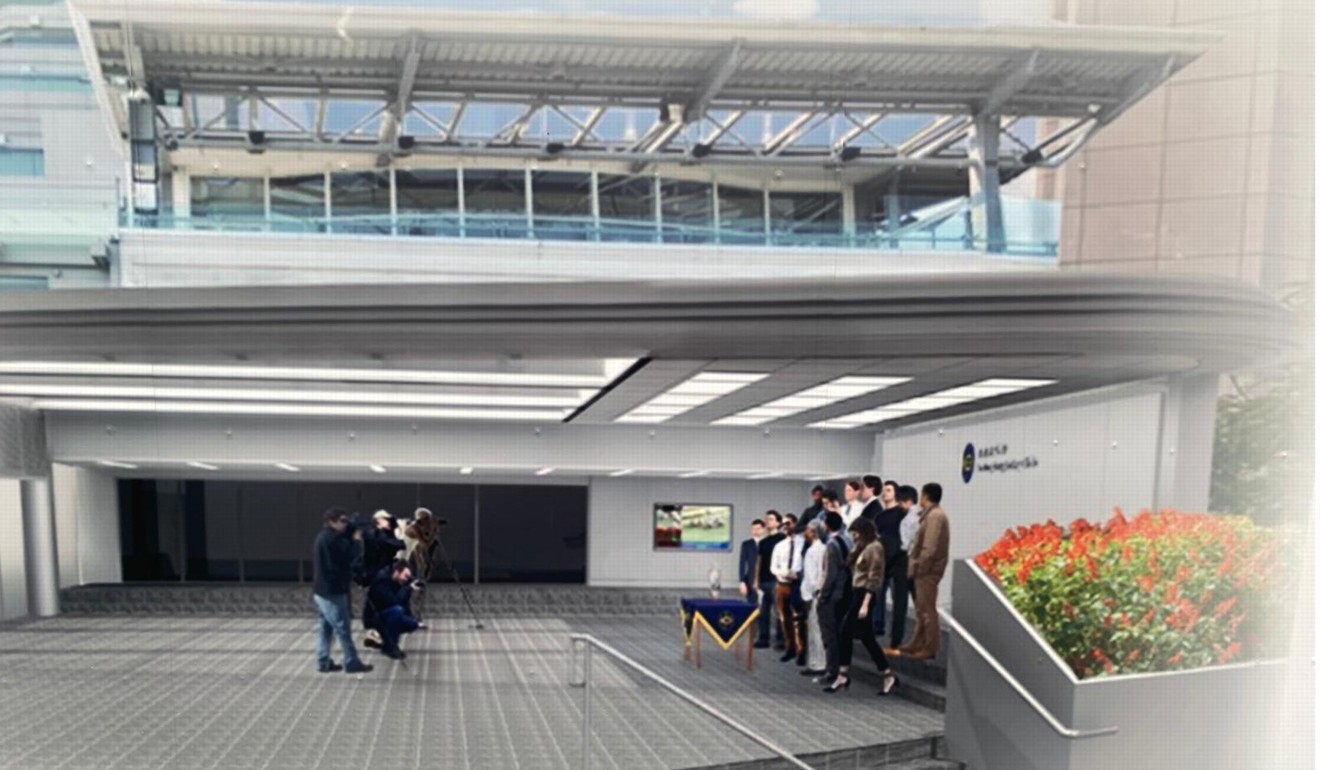 The Jockey Club will fork out HK$15 million to replace the retractable canopy outside the weigh-in room with a permanent structure to be used for presentations and interviews.

Space under the current canopy is limited during wet weather and it provides little respite from Hong Kong’s sapping heat and humidity.

“We’re pretty excited, it’s a nice design and it should be nice and airy. It’s been under consideration for a little while and the temporary wet-weather canopy was the real driver,” said Jockey Club head of raceday operations, tracks and racing facilities Stephen Higgins. 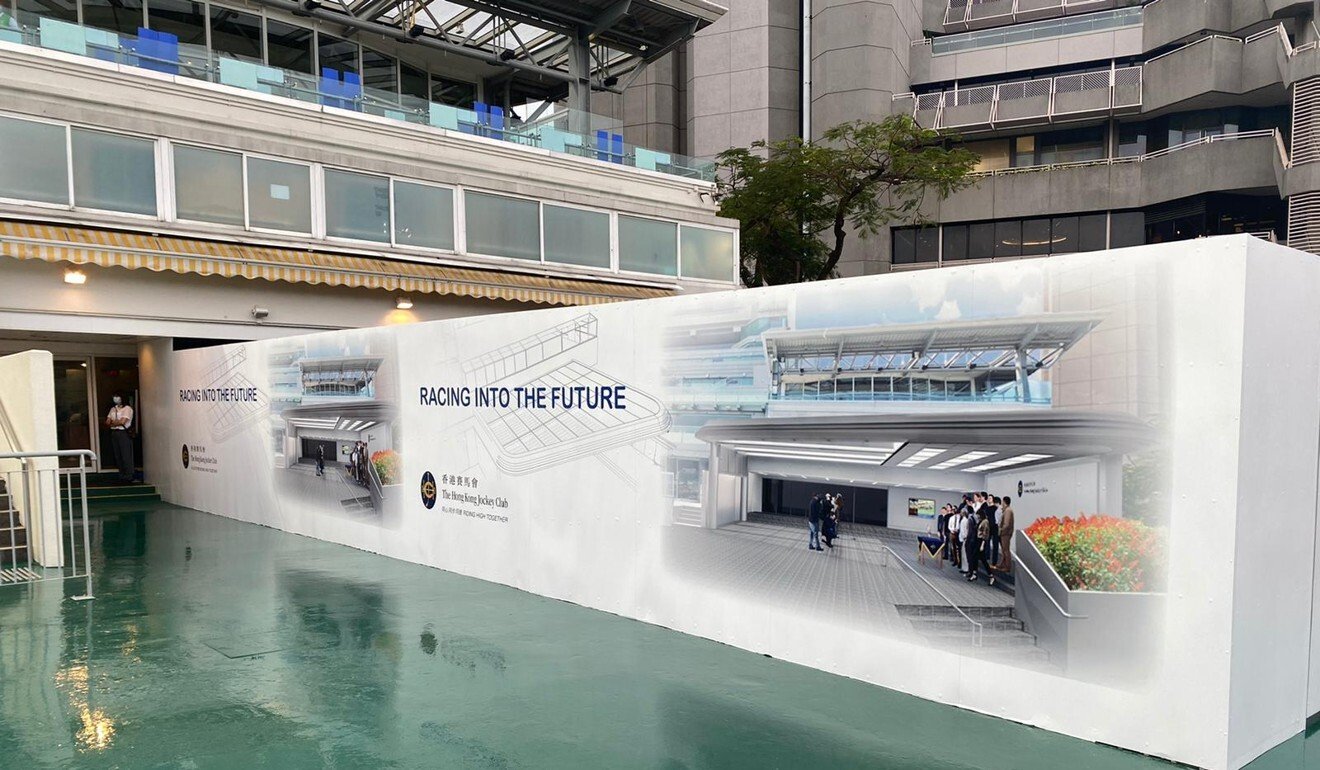 “It will also be used for interviews with winning trainers after every race, we’ll have a nice big TV screen so they can refer to the race as they’re talking to the [media].

“Obviously for important meetings like HKIR or Champions Day the chief executive has a decent space to convey his message to the journalists.”

Work on the project began in the past week and Higgins confirmed it will be operational for the first meeting of the 2021-22 season in September. 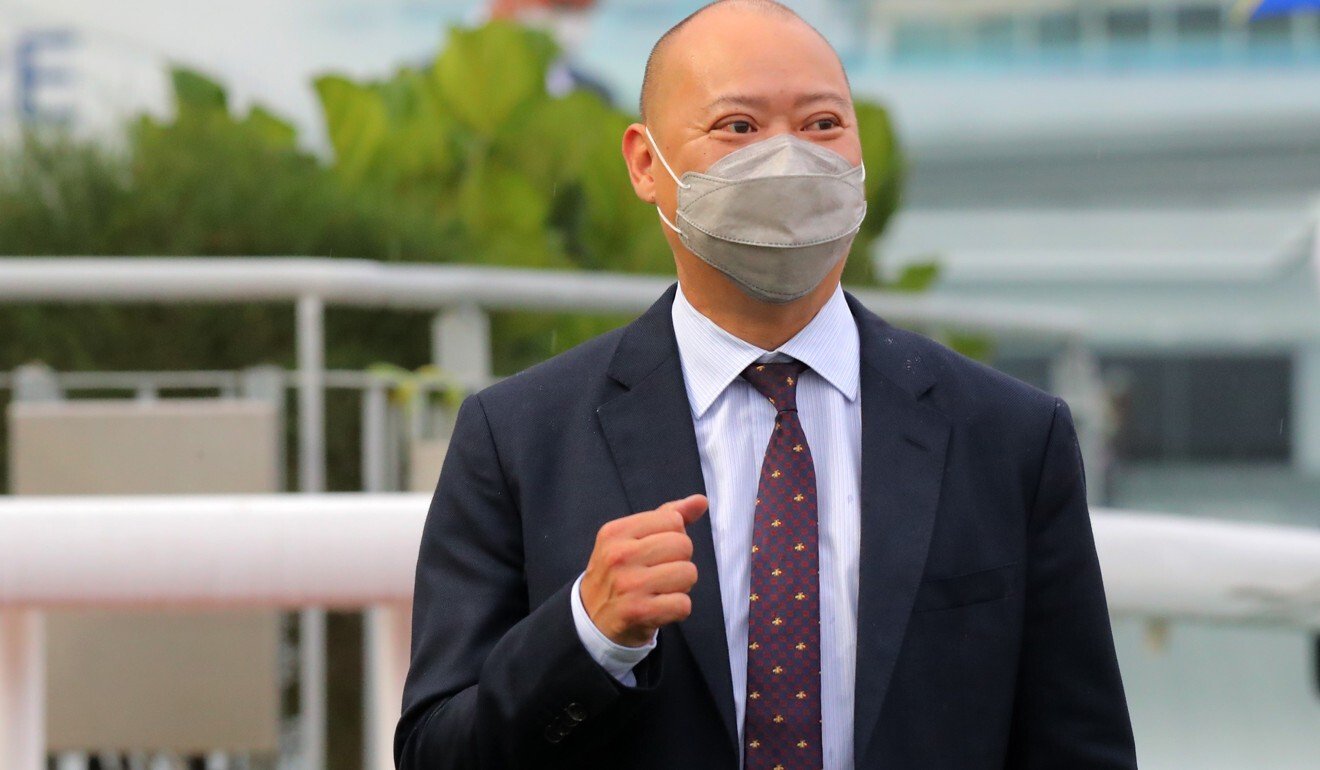 After winning under Vincent Ho Chak-yiu in February, Decisive Twelve then ran second under Hong Kong’s leading local jockey in March before Karis Teetan was in the saddle for a third when the galloper stepped up to Class Three last month.

After a couple of near-misses, So was feeling the pinch ahead of Sunday’s contest and was glad he made the decision to go with Badel.

“With this horse, there was a lot of pressure after his last two starts where he should have won. That’s why we tried something different, we changed the jockey and in racing you need luck,” So said.

“Badel was a good idea because he carries the light weight well and you don’t have to think too much. The horse improved for sure, but there was some luck there too.”

After travelling close to the lead along the rail, $4 chance Decisive Twelve hit the front 300m from home and held off $2.60 favourite Trillion Win by a narrow margin.

“Going in I thought the only one to beat was [Trillion Win] and we had the weight advantage on him. I didn’t think he would get beaten [when Trillion Win loomed], I trusted the jockey,” So said.

“This horse is pretty straightforward, it doesn’t matter where he runs and he seems to keep improving, so I hope I can get another win this season.” 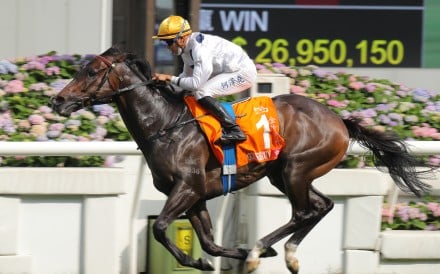 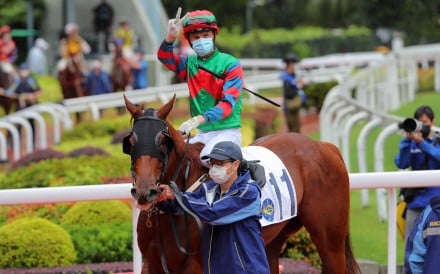 The Inside Word
Hard yards pay off for hot Hewitson: ‘I just love it when a plan comes together’ 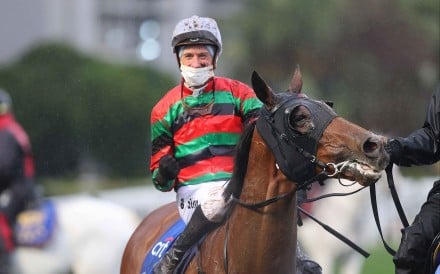 The Inside Word
Blake Shinn to leave Hong Kong at the end of the season: ‘the mental stress has become too much’ 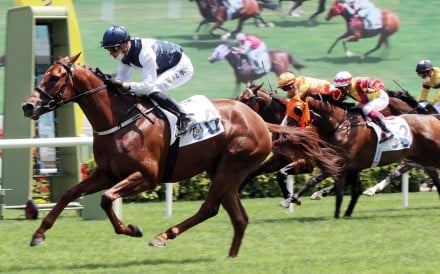 The Inside Word
Enchanting Ibis ‘a little bit special’, debut winner Wonderful Warrior ‘has the chance to go on with it’