Chris So butters up his Croissant: ‘I think his rating is pretty much there’ 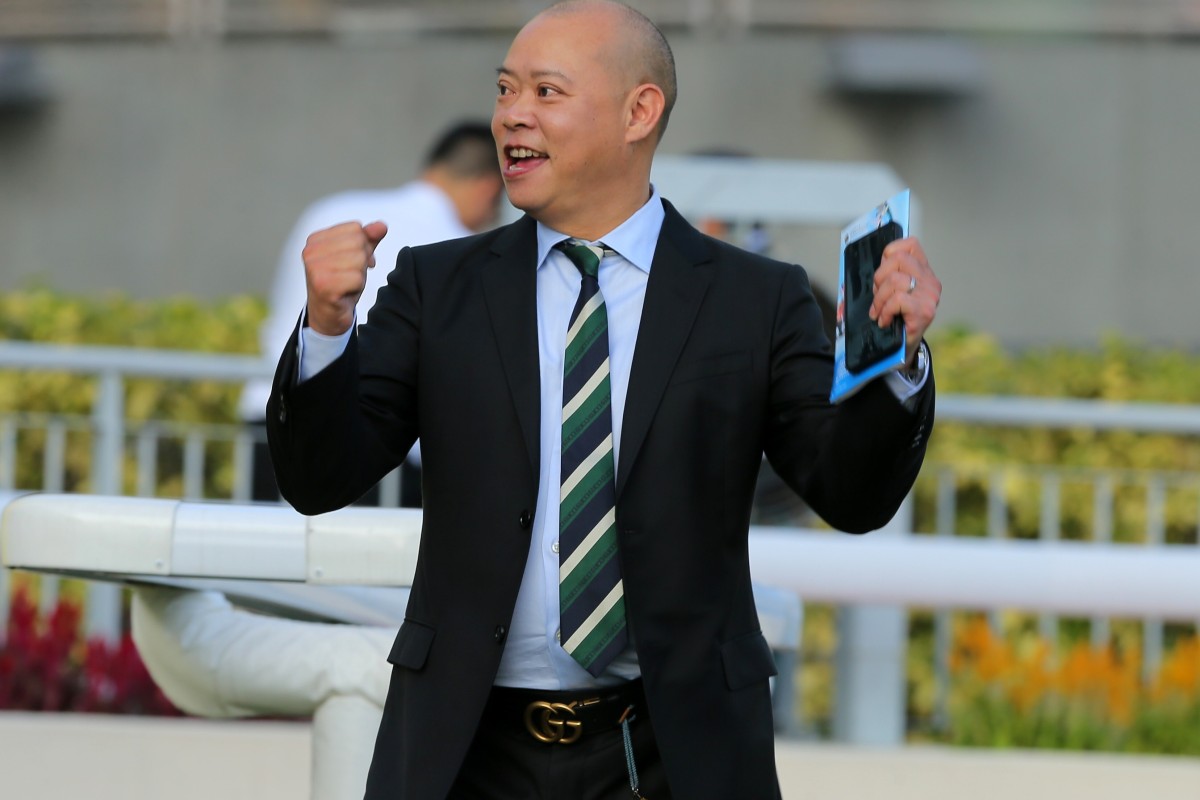 It’s been a long time between drinks for the honest Mr Croissant but trainer Chris So Wai-yin is confident the galloper’s next day in the sun is coming sooner rather than later.

After motoring up the ratings with four wins and five placings from his first nine starts, it has become clear the five-year-old has a well-defined ceiling – he’s never run a place off a mark any higher than 86.

He was much improved when running second last time out and although his rating was bumped from 86 to 87, So feels his charge is still in his sweet spot ahead of the Class Two Lai Pek Shan Handicap (1,200m) at Sha Tin on Saturday.

“I think his rating is pretty much there and he is in good form,” the trainer said.

There’s also another element So believes has played a part in Mr Croissant’s return to form: “Last year we gave him a break and when we brought him back at the end of the season he ran well. Before his last couple of runs he looked a bit tired in his races.”

Mr Croissant won first-up off a three-month freshen up last season and after he finished 10th in November, So put the horse away for five months.

He was seventh on his return in April before that second last month, with Tony Piccone in the saddle for both runs.

The Frenchman stays aboard for the weekend’s contest – where Mr Croissant will not only have to overcome some smart adversaries but also barrier 14, the widest alley he’s drawn in his career.

After finishing a length and a quarter behind him last start, Mr Croissant again meets the David Hayes-trained Naboo Attack, who was impressive in winning in Class Two on debut but meets Mr Croissant seven pounds worse off and has also drawn poorly in 12.

Mr Croissant is one of seven runners for So on Saturday and he heads to the races boasting an in-form hand, with Copartner Ambition and Light Of Wanshi coming off last-start wins.

Copartner Ambition has made a nice start to his career with a win and a second from his first three starts but meets another progressive three-year-old in the John Size-trained Drops Of God in the Class Three Mount Cameron Handicap (1,200m), with both geldings sourced by Price Bloodstock.

“He’s a young horse and I think he can still perform, but he’s up against John Size’s horse. They came from the same agent, so let’s see how they go,” So laughed.

It took Light Of Wanshi until his seventh start to break his maiden but his handler is confident he can maintain his momentum in the Class Four Shek Nga Shan Handicap (1,400m).

“I was really happy with his last run but before that it seemed like there was always something that wasn’t suitable for him. But his form is really good and I really think he will still run a good race,” So said.

Mr Croissant was not So’s only runner to get the rough end of the stick at the barrier draw, with Copartner Ambition (gate 13), Light Of Wanshi (11), Oh Bravo (11) and Entrusted (9) also allocated wide gates.

On the positive side, the Kerm Din-owned duo of Pakistan Zindabad (3) and Pakistan Friend (8) were able to offer So some respite.