Karis Teetan boots home one of his nine winners so far this season. Photos: Kenneth Chan

It’ll take more than 20 second placings to wipe the smile off Karis Teetan’s face and the Mauritian says he’s still happy with his start to the season despite having more runner-up finishes than any other jockey across the first 14 meetings.

Teetan has nine winners and is part of a logjam behind star pair Zac Purton and Joao Moreira, with Alexis Badel (10 victories), Vincent Ho Chak-yiu (nine) and Matthew Chadwick (nine) challenging the 31-year-old for the third spot in the pecking order he has made his own in recent seasons.

“There’s been a lot of seconds but I’m still happy with the season – this season the competition is tough but I’m just trying to find the best rides and trying to ride a lot of winners,” said Teetan, who has almost as many seconds as the 22 Badel, Ho and Chadwick have amassed between them.

“All the horses I’m riding are thereabouts, I just need a bit more luck to come my way and hopefully those seconds and thirds will turn into winners as the season goes on.” 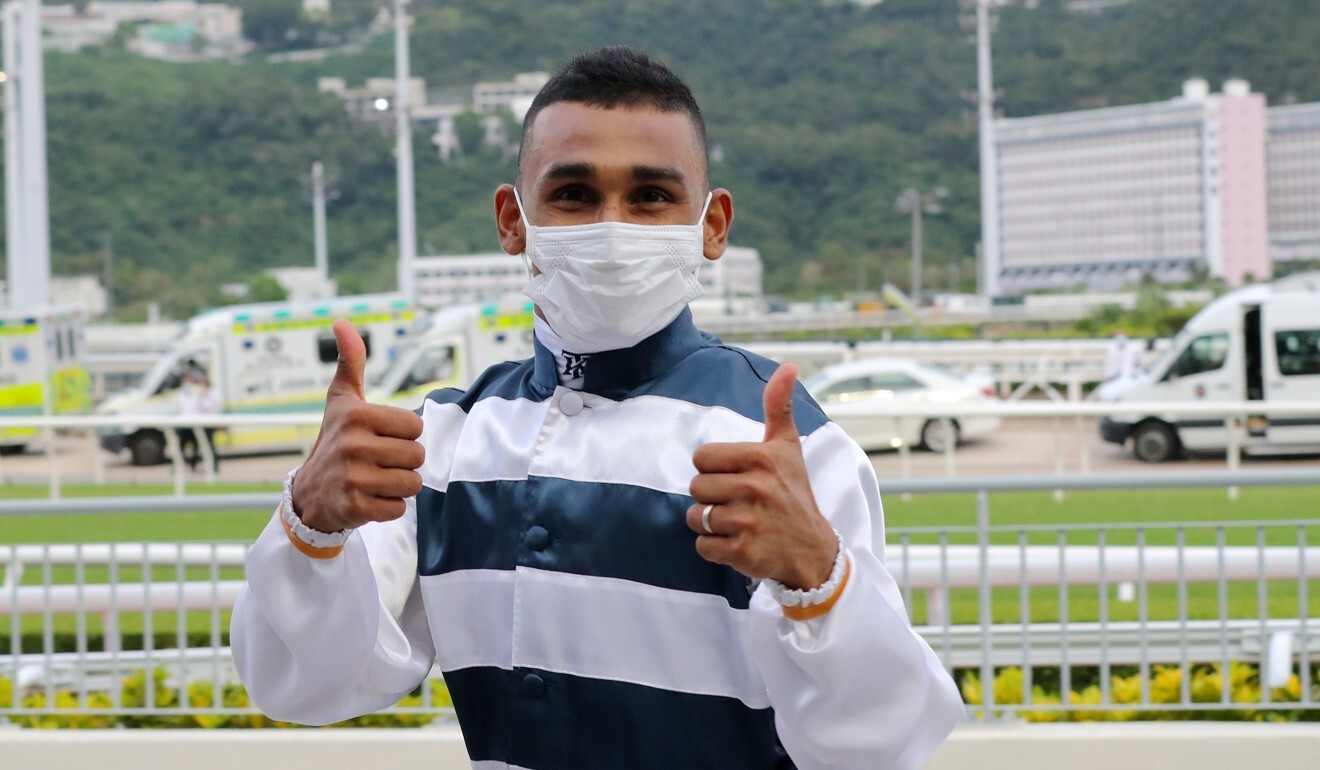 Teetan, who also has 13 third placings this term, will head to Happy Valley on Sunday afternoon confident he has some chances to even the ledger.

He has picked up the ride on the in-form Hong Kong Win in the Class Two Guangzhou Handicap (1,000m), with the John Size-trained six-year-old looking to build on a narrow second behind the airborne Super Wealthy and a fifth at Group Three level behind the same galloper to start the season.

Those two efforts came down the Sha Tin straight, as have Hong Kong Win’s most recent two victories, but the gelding did register two wins over 1,000m at the city circuit earlier in his career.

“With Joao [Moreira] suspended I picked up one of his rides and he has been running good races against strong horses, last time out especially. Now he gets to a nice race that will suit him and he will be competitive,” Teetan said.

The afternoon’s Class Two contest does little to inspire – much like most of the card – with Hong Kong Win’s opposition consisting of Handsome Bo Bo, Classic Unicorn, Kurpany, Valiant Dream, Loving A Boom and Sight Success.

Elsewhere, Teetan rides the Tony Cruz-trained California Cible in the Class Three Zhuhai Handicap (1,200m), with the four-year-old trying the Valley for the first time after an eye-catching debut second and a fading 12th in two Sha Tin efforts.

Where is Ruan Maia? Hong Kong’s most profitable jockey misses out on rides at Happy Valley

“He looked very promising first time out and I know the stable really like this horse and I’m excited to get on him. I think last time it was just a run we should ignore, I think he just did a bit too much work,” Teetan said.

Teetan is also hopeful of big efforts from V Chevaliers and Sacred Ibis, while he didn’t rule out the chances of Noir Rider going back to back in the Class Four Dongguan Handicap (1,000m) after he led throughout to break his Hong Kong maiden at start 12 earlier this month.

“He wanted the Valley 1,000m and he’s got a nice draw again so he’s going to jump and be there. You never know at the Valley if you’re going to get an easy lead or not but I’m pretty sure he’s going to run a nice race again,” Teetan said.